When people hear about ancient-world monuments to the dead, they may assume this would mean soaring pyramids, with pharaohs buried inside with all of their jewelry and treasure.

A discovery in Kenya is prompting researchers to rethink such assumptions.

Researchers from Stony Brook University and the Max Planck Institute for the Science of Human History have been studying a massive cemetery in the region that is the largest and oldest in Eastern Africa. The archaeologists believe the dead were first buried there beginning 5,000 years ago, and they weren’t the corpses of royalty but ordinary members of tribes of roving herders. 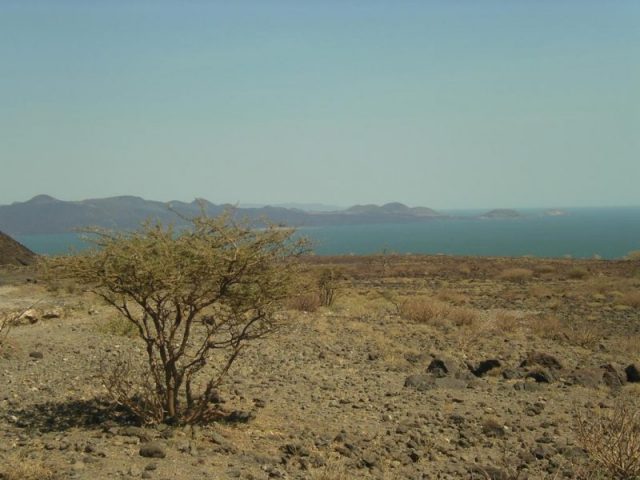 It is a sprawling field of rocky rings, stone columns, and burial mounds near Lake Turkana known as the Lothagam North Pillar Site. And, according to the research paper recently published by the Proceedings of the National Academy of Sciences, the placement of the bodies suggests that no social hierarchy ruled.

According to National Geographic, “Women, men, young adults, and babies were all buried in pits carved in the bedrock, seemingly arranged without regard for age or position in the community, demonstrated by the equal distribution of goods they were buried with. In just the small region excavated, the researchers identified 36 individuals. Based on this find, they estimate that the mound contains some 580 burials.” 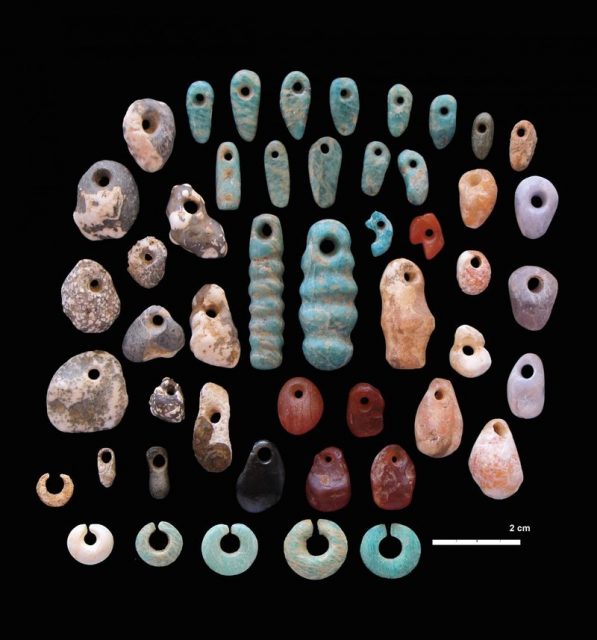 Experts have been studying Lothagam North since the 1960s, but this is the first research report on the treatment of the dead in burial.

“Nearly all of the skeletons found in the burial pit were ornamented with colorful jewelry,” reported Live Science. “Many of the dead wore stone beads or jewelry made of ostrich eggshells. Some wore rings and bangles made of hippo ivory, while others wore headdresses made of animal incisors. One corpse wore a headpiece made of 405 gerbil teeth sourced from more than 100 individual gerbils.”

Gerbils weren’t domesticated during this period, which meant herders had to trap a large number of them to create the headpiece. 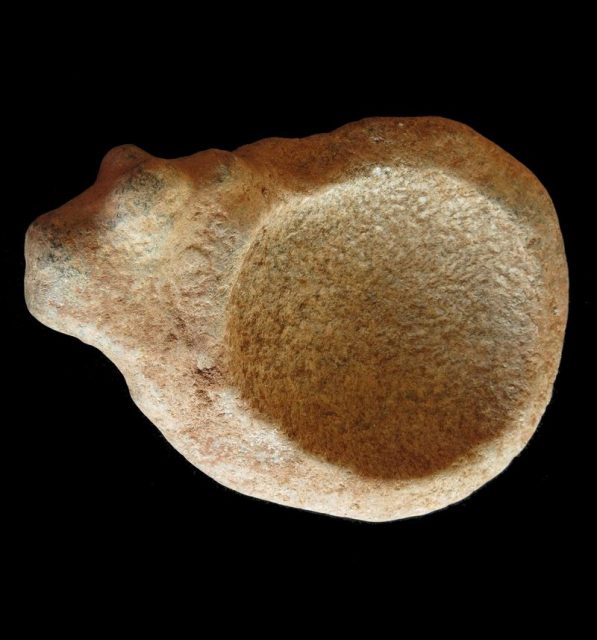 This stone palette, carved in the shape of a bovine, was one of many fascinating pieces recovered from the ancient burial mound. Photo Courtesy of KATHERINE GRILLO

It is believed that the burial ceremonies that took place at Lothagam were attended by their loved ones for centuries. The herders piled bodies on top of the pits, placing rocks over the heads and torso of each corpse. This probably went on for about 700 years.

“The monuments may have served as a place for people to congregate, renew social ties, and reinforce community identity,” study co-author Anneke Janzen, an archaeologist at the Max Planck Institute for the Science of Human History in Germany, said in a statement. “Information exchange and interaction through shared ritual may have helped mobile herders navigate a rapidly changing physical landscape.”

One of the reasons the monument is gaining such attention is that the assumption had been that people created elaborate monuments for their dead after they started living in cities. Archaeologists had believed people had to be highly organized before they could attempt to create such cemeteries. Lothagam North turns that idea on its head.

Another important aspect of the find is how it seems to show people coming together to deal with frightening changes in their surroundings.

Around 5,000 years ago, the climate in that part of Africa changed, with weather becoming much hotter. The lake shrank to half its former size. Food sources also shrank, and people had to turn to herding to survive. They may have roamed far and wide with their herds while returning to this one place to bury their dead. That was something that possibly remained a constant in their existence.

Read another story  from us: Stranger than fiction – Wacky facts From History

“Everything about this site indicates that there was a master plan for each architectural element,” says Elisabeth Hildebrand, associate professor in anthropology at Stonybrook University, in an interview with National Geographic. “And that master plan was executed carefully and successfully.”

Local tribes have revered the sites for years, according to researchers.