The Horrors of Battlefield Surgery During the Civil War

The American civil war  remains the bloodiest war in American history. It was by all accounts four years of grim warfare and mass casualties. 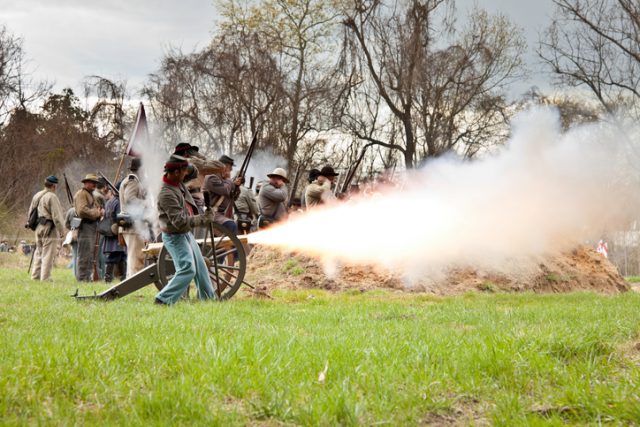 Men dressed in period costume of the 1800s portray soldiers from the Civil War during a reenactment of the Battle of Big Bethel in Newport News, Virginia, which took place in 1861. Here the cannon is caught mid-blast with the surrounding soldiers covering their ears to protect their hearing from the loud explosion.

It also saw the introduction of a military submarine that could sink a warship and was the first instance of water and landmines.

It was the first war to see the extensive use of rifles and shell guns, and it introduced the machine gun into military actions. 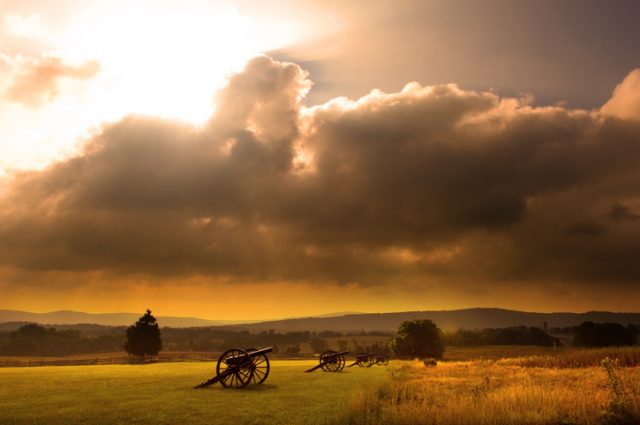 Sunrise silhouette of monument and cannon at Antietam Battlefield at Sharpsburg, Maryland, USA.

These advances help explain why the death toll reached such extraordinary heights, and it also explains why the Civil War saw considerable advancements in the fields of surgery and medical care.

The extensive injuries that were being wrought by the new forms of warfare meant that medical staff had to get creative.

As the Smithsonian reports, by as early as 1862, U.S. Surgeon General William Hammond instituted mandatory training in public health, hygiene and surgery for all Union army medical officers. 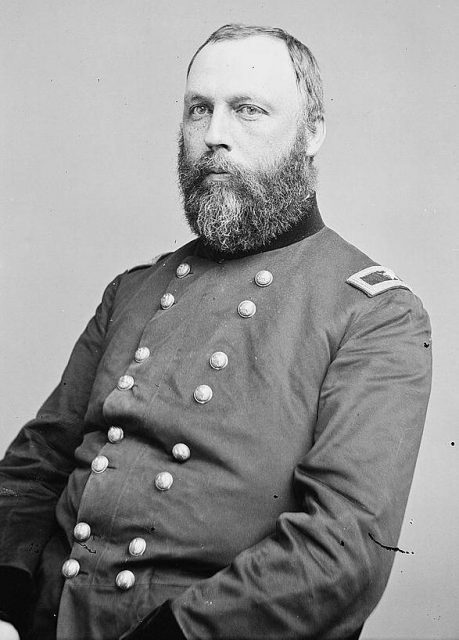 As the wounded multiplied, enlisted men were conscripted to the precursor of the combat medic, known then as hospital stewards. Along with nursing staff, they took on responsibilities of triage and medical care.

Fortunately, for some of those in need, Civil War doctors became well known for their abilities in this field, as medical historian Kim Koyle reports, “The hallmark of a good surgeon was one who could remove a limb in less than three minutes, it was effective, but it was brutal.” 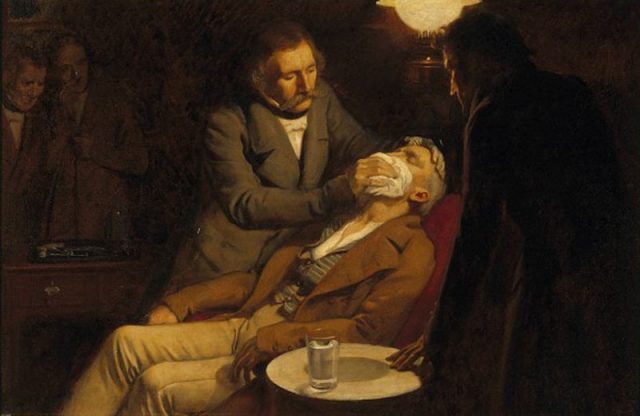 Illustration of the first use of ether as an anaesthetic in 1846 by the dental surgeon W.T.G. Morton.

The techniques developed at the time, such as not cutting through joints and cutting as far from the heart as possible, are now considered standard practice.

The dream of general anesthesia had been around for centuries and the years leading up to the Civil War had seen advancements in the use of nitrous oxide and ether as tools to create an anesthetized state. 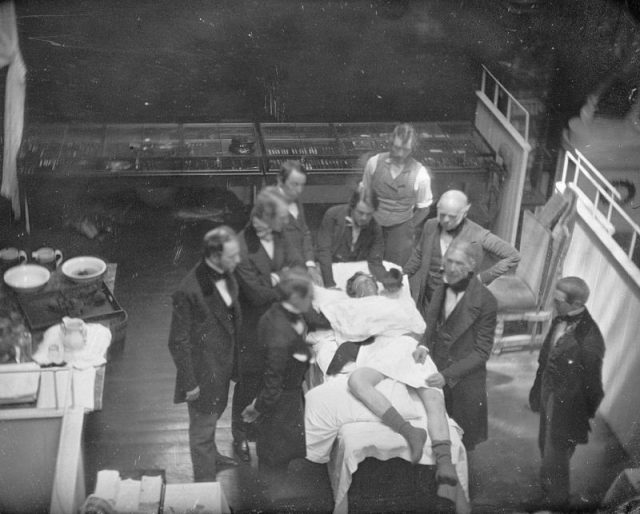 The 1840s saw an explosion in the successful use of anesthesia during surgery and in 1847, after the experiments of James Young Simpson, chloroform became the drug of choice for physicians worldwide.

There is a common misconception that amputation during the Civil War was performed mainly without anesthetic, the image of wounded soldiers being held down by staff and biting a bullet while the surgeon worked is universal. 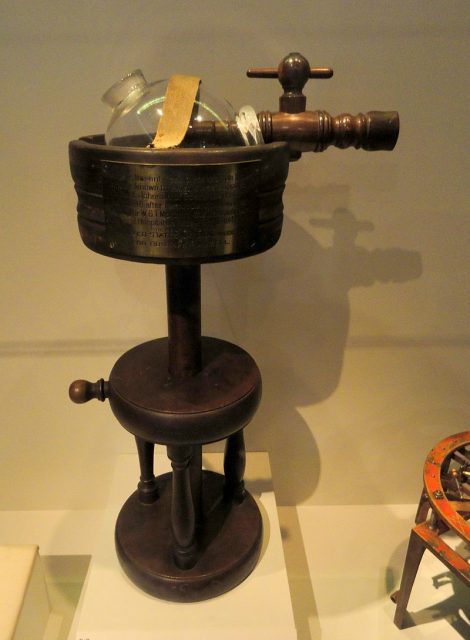 It is widely accepted these days that this was not the case. The worldwide adoption of chloroform and ether for surgical procedures had made its way to the field hospitals of the Civil War, where 95 percent of all amputations were performed under anesthesia.

Chloroform was particularly favored because it could take a person from conscious to unconscious within nine minutes and could be used in light doses for shock and pain relief post-surgery. 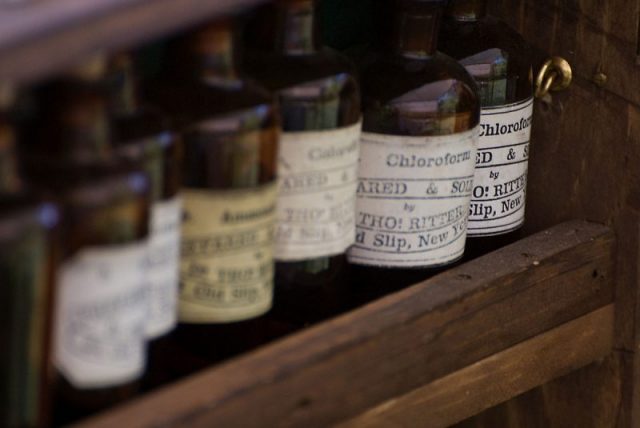 Bottles of chloroform. Photo by Kevin King CC BY 2.0

The physicians of the Confederacy faced the added challenge of the Union blockades which saw supplies of chloroform reach dangerously low levels. A Confederate physician named Dr Julian John Chisolm invented an anesthetic inhaler system that reduced the amount of chloroform needed from 2 ounces per person to one-eighth of an ounce per person.

This meant that the Confederacy were able to perform almost as many surgeries as the Union but for a fraction of the cost.

This time also saw advancements in reconstructive plastic surgery, ambulance care and the successful treatment of chest wounds. While war should never be the answer, we can thank the surgeons, physicians, nurses and medics of this awful conflict whose hard work and creative thinking saved many lives on the battlefield and whose breakthroughs are still saving lives to this day.