William Shakespeare, poet and playwright at the court of Queen Elizabeth I, is one of Britain’s most celebrated national figures. He is widely regarded as the greatest writer and dramatist in the English language, and authored 39 plays and over 150 poems.

However, since the 19th century, conspiracy theorists have been casting doubt over Shakespeare’s legacy.

Is it possible that William Shakespeare was simply a pseudonym adopted by a powerful aristocratic writer who wanted to keep his identity a secret? 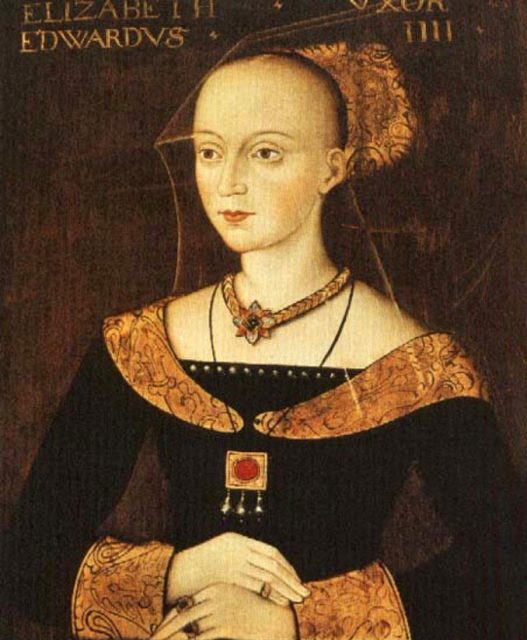 The Shakespeare that we think we know may not even have existed at all.

According to the BBC, questions over Shakespeare’s identity first arose in the 19th century, when his plays were undergoing a revival in British society.

Victorian commentators simply could not reconcile the image of the literary genius that emerged from the page with the figure of the historical Shakespeare.

Surely a man of such humble beginnings and apparently little education could not have produced so many literary masterpieces. 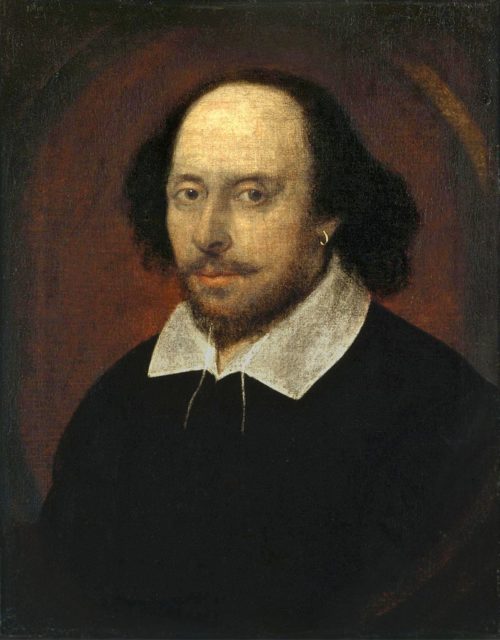 These critics were known as “anti-Stratfordians,” and they argued that the author of the plays attributed to Shakespeare must have been someone of exceptional education and in possession of an extensive vocabulary. He (or she) must also have had intimate knowledge of the law, the royal court and aristocratic politics, in addition to being well-traveled and knowledgeable when it came to foreign affairs.

The historical figure of William Shakespeare, however, does not fit this profile. He was born into a relatively low-status family in Stratford-upon-Avon, and there is no direct evidence that he ever received a proper education. Some scholars have even questioned whether he was literate at all. 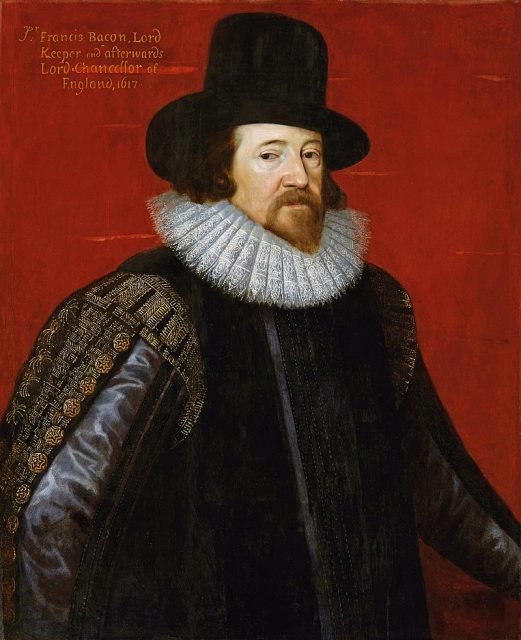 Check out a video on some hilarious Shakespearean insults:

According to History magazine, there are only six authenticated documents in which Shakespeare signed his own name, and no manuscripts that have been definitively proved to be in Shakespeare’s own handwriting. His signatures are barely legible, and contain multiple variant spellings of his name. As a result, some theorists have argued that Shakespeare himself was basically illiterate.

If William Shakespeare didn’t write the plays and sonnets that are attributed to his name, then who did? One of the most popular candidates, favored by 19th century theorists, was Sir Francis Bacon, a scientist and philosopher who was a contemporary of Shakespeare. 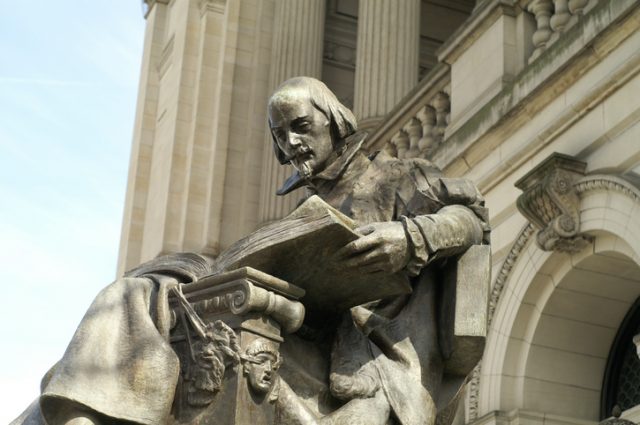 Other scholars, such as Isaac Hull Platt, have even suggested that Bacon left ciphers and clues in the text of Shakespeare’s plays. For example, the obscure Latin word honorificabilitudinitatibus, which is found in Love’s Labour’s Lost is thought to be an anagram of Hi ludi F. Baconis nati tuiti orbi. This translates as “these plays, the offspring of F. Bacon, are preserved for the world.” 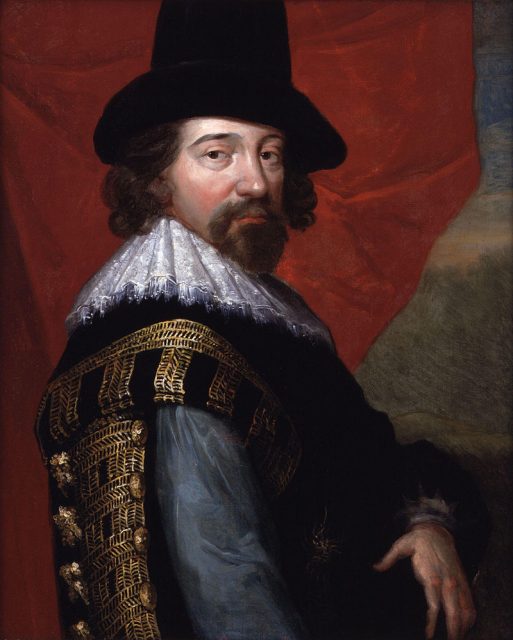 Although this theory was popular in the late 19th and early 20th centuries, another candidate has overtaken Bacon in popularity among anti-Stratfordians. Edward de Vere, the 17th Earl of Oxford, was a keen poet and noted for his patronage of the theater.

He was exceptionally well educated, widely traveled (especially in Italy), and had an intimate knowledge of Jacobean politics. He fit the profile of the Shakespearean author perfectly, and many now believe that he used the figure of Shakespeare as a pseudonym to protect himself from criticism by his aristocratic peers. 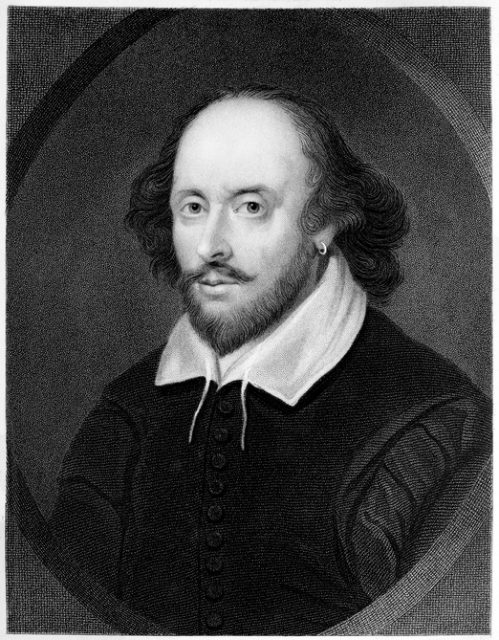 William Shakespeare on engraving from “Shakspeare’s Dramatic Works, Vol. 1” published in 1849 in Boston.

Other potential candidates include William Stanley, the 6th Earl of Derby, and Christopher Marlowe, the celebrated poet and playwright who was thought to have died in a bar brawl in 1593.

According to the Guardian, conspiracy theorists suggest that Marlowe’s death was faked, to allow him to escape trial and conviction of being an atheist. He is then thought to have used the figure of Shakespeare to continue writing.

Although these theories offer exciting possibilities, there is no direct evidence to suggest that any of these figures actually wrote the plays we now attribute to Shakespeare.

In contrast, we have an abundance of documentary evidence to suggest that Shakespeare existed, that he lived in London and Stratford-upon-Avon, and that he earned his way as a playwright, actor and businessman. As a result, the vast majority of Shakespeare scholars continue to believe that he was the genuine author of these plays and poems.

Read another story from us: The Fanciful Toilet Humor of Mozart

However, the lack of surviving manuscripts written in Shakespeare’s own hand means that people will continue to ask questions about his authorship. After all, as Shakespeare himself was well aware, everyone loves a good mystery!