Steve Jobs, co-founder and CEO of Apple, was arguably the most lauded entrepreneur of recent history.

This technology guru built one of the most successful businesses in history, and in doing so, transformed the way in which people relate to technology.

Steve Jobs was the genius behind the microcomputer, the smartphone, and the tablet computer, and he left behind a technology empire that continues to have a profound effect on the world today. 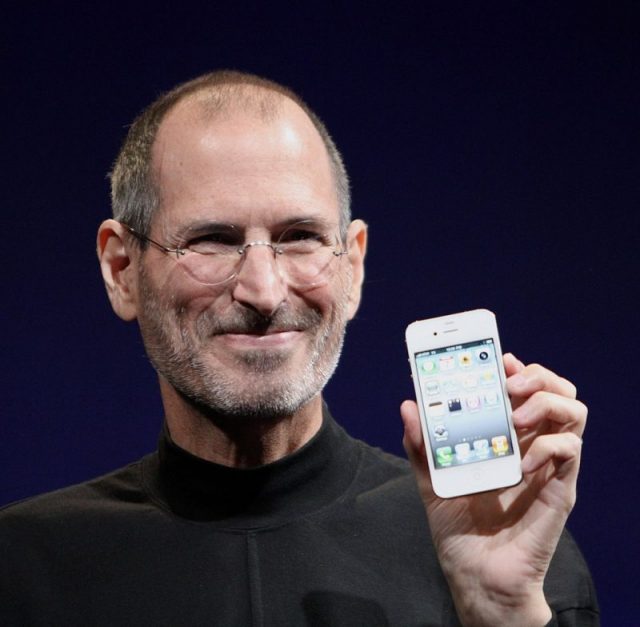 But what was the secret behind his extraordinary success? According to a recent book by Brent Schlender and Rick Tetzeli, Becoming Steve Jobs, his creativity, drive for innovation, and working process owes a considerable amount to the influence of Zen Buddhism.

Jobs’ first encounter with Buddhism occurred in the early 1970s when Zen, Buddhist, and Hindu philosophies were becoming increasingly popular in the California circles in which he was raised.

In 1974 he decided to travel to India to meet one of his heroes, a Hindu guru and mystic named Maharaj-Ji. 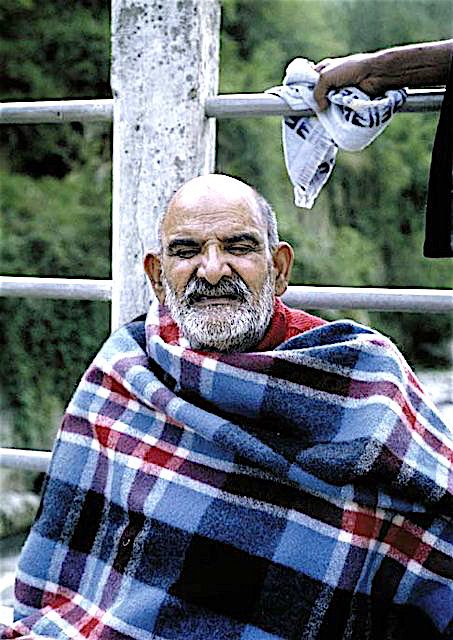 Neeb Karori Baba – known to his followers as Maharaj-ji.

Sadly, when he arrived in India at Maharaj Ji’s ashram, he learned that the great man had already passed away. Jobs was filled with regret, and so began a seven-month journey that would change his life and outlook entirely.

During this period, Jobs experimented with different Eastern philosophies, and even at one point seriously considered staying in India and becoming a Hindu sadhu.

He was attracted by the ideals of the Hindu ascetics and yearned for a simpler, more stripped-back life. 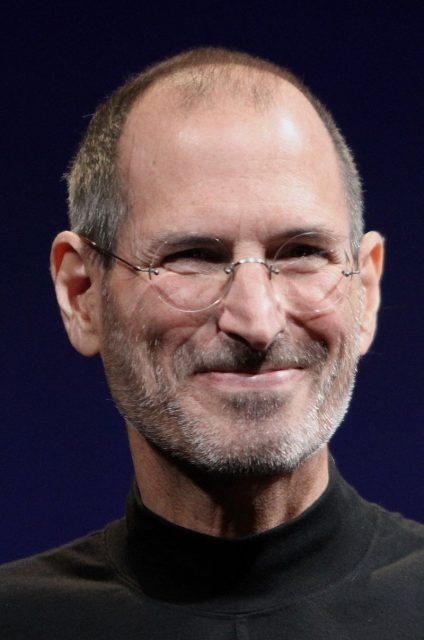 However, Jobs was not ready to make a complete withdrawal from the material world. Instead, he found a way to combine his personal ambitions and philosophical beliefs by experimenting with Zen Buddhism.

Although Jobs was captivated by Eastern spirituality, he was also exceptionally driven to create and innovate, and wanted to make a dent in the world, delivering products that could affect global change.

Buddhism offered him a way to integrate spiritual ideals of simplicity, empathy, and mindfulness into his rigorous working life. 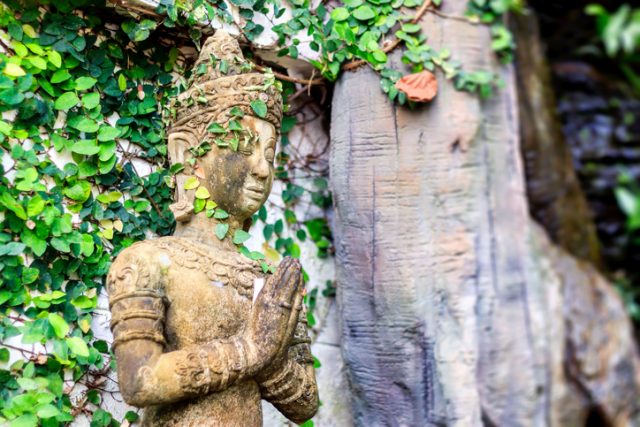 Back in California, Jobs continued to make meditation and reflection an important part of his daily routine.

For many years he met weekly, and sometimes even daily, with a Buddhist monk named Kobun Chino Otogawa, who helped to reconcile his material ambitions with his higher spiritual goals. 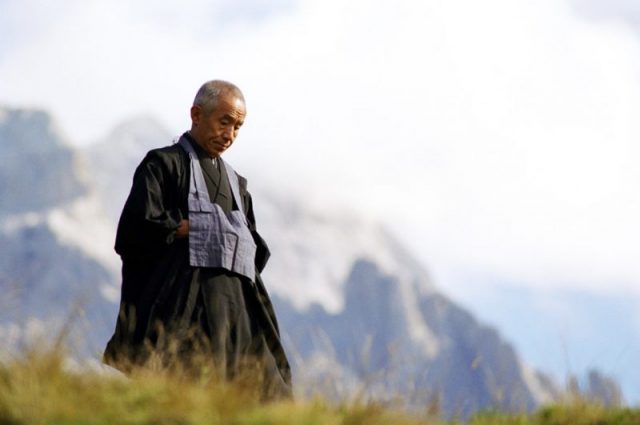 These meetings had a profound effect in shaping Jobs’ conception of his role in the world and his personal philosophy.

He developed a way of working that ensured that Buddhist ideals were given a presence in all aspects of his personal and professional life.

Aspects of Buddhist philosophy can be seen clearly in Apple products and Jobs’ work ethos. 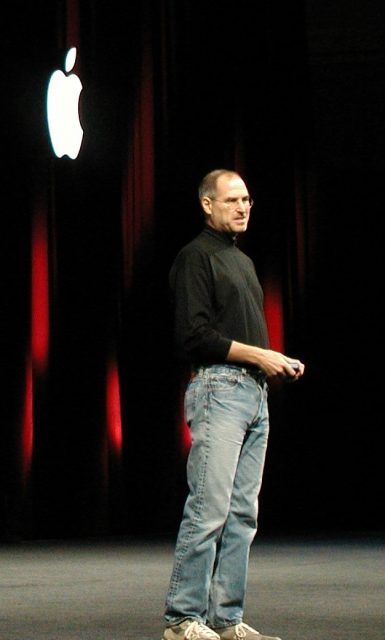 He believed himself to be on a constant quest for perfection. He believed that a product could always be improved and as a result, he was continually trying to improve on what he had built.

Drawing on Buddhist philosophies, he accepted that the goal of perfection would never be fully attained, but that fulfillment came in the “process of becoming.”

At Apple, Jobs was famously exacting, and never ceased to push his employees to strive for better and better results. This resulted in groundbreaking innovations in both technology and design. 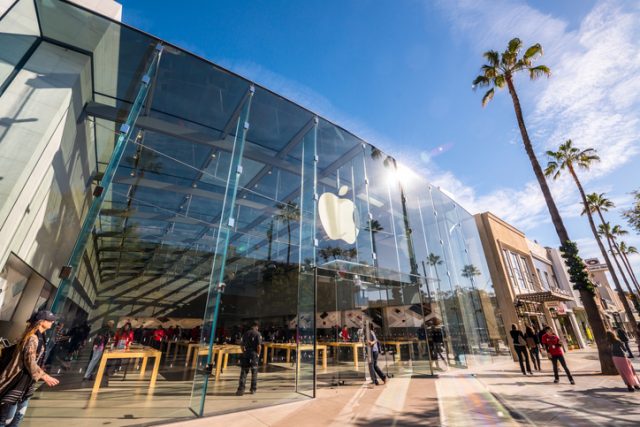 Indeed, Buddhist ideals can also be seen in the signature design aesthetic that characterizes Apple products.

The sleek, elegant design favored by Apple is linked to the Buddhist ideas of purity, simplicity, and purpose that were at the core of Jobs’ personal philosophy. 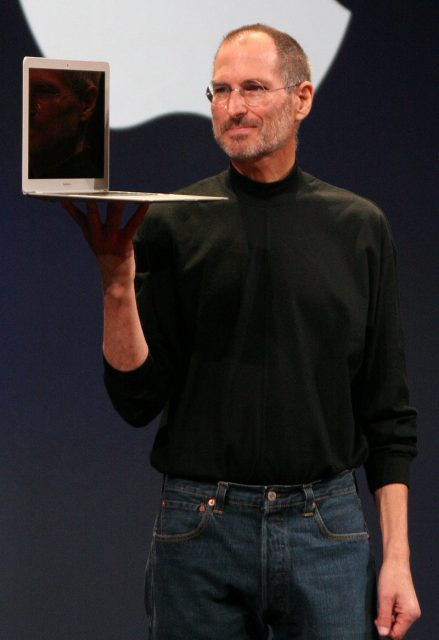 Jobs holding up a MacBook Air at the MacWorld Conference & Expo in 2008. Photo by Matthew Yohe CC BY 3.0

In addition, his approach to product design was fueled by the idea of empathy, and connecting to the consumer’s needs.

According to Business Insider, Jobs famously believed in not giving customers what they wanted, but rather in finding out what they didn’t even know they needed.

In order to do so, he constantly placed the consumer, and the consumer experience, at the center of his product design, creating intuitive technologies and designs.

Although it is easy to assume that the capitalist world of the Silicon Valley is far removed from the ascetic values of Buddhist and Hindu spirituality, these beliefs and philosophies were at the core of Jobs’ creative process. As a result, they have played a critical role in shaping the way we interact with, and relate to, technology in the 21st century.

« “Roger That!” The Story Behind this Iconic Aviation Phrase
Clues to the Knights Templar Treasure – Is it Buried on a Tiny Canadian Island? »