The Saddest Day in Figure Skating History- The Fateful Flight of the 1961 U.S. Team

Hopes were high on a blustery February evening in 1961, when the U.S. Figure Skating Team left New York, on their way to the World Figure Skating Championships in in Prague, Czechoslovakia.

On board the Boeing 707 was an impressive collection of talent -— most notably sixteen-year-old Laurence Owen, who had just won the U.S. Figure Skating Championships and was dubbed the country’s new “queen” of the ice.

Just days before, Owen had landed on the cover of Sports Illustrated, beaming in a bright red skating costume, under a cover line that read “America’s most exciting girl skater.” 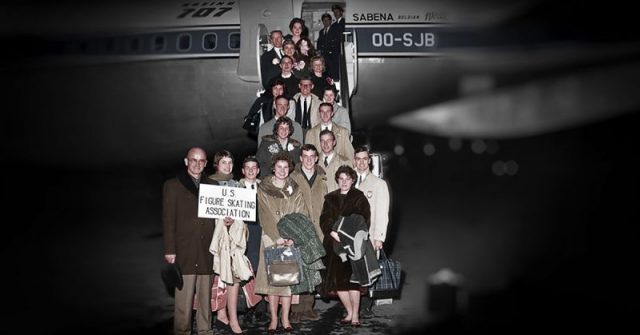 A profile inside the magazine would extol her talent: “Laurence has great presence. Her free skating has an air, a style, an individuality which sets it apart from all the work done in free skating in recent years.”

But Owen and her teammates wouldn’t make it to the world championships. Their plane, Sabena Flight 548, was circling the runway at the Belgian National Airport in Brussels, where it was scheduled to make a stopover, when it crashed into the ground and exploded at 10 a.m., killing all 72 people on board — including 34 members of the U.S. figure skating delegation. 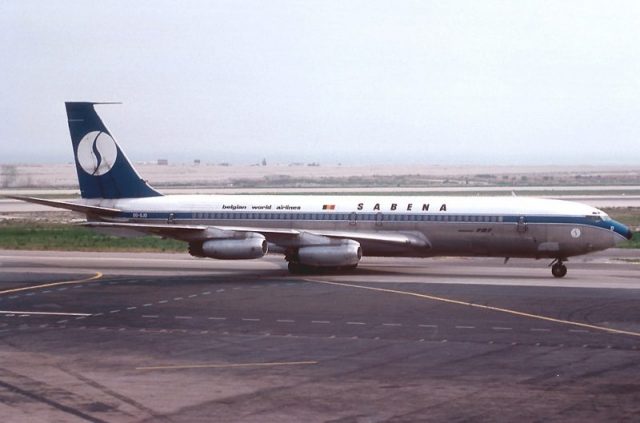 A Sabena Boeing 707 similar to the aircraft involved in the accident.

Among them: Bradley Long, the 1961 U.S. men’s champion, Maribel Owen (Laurence Owen’s sister) and Dudley Richards, the 1961 U.S. pairs champions, and Maribel Vinson-Owen, a nine-time U.S. ladies champion, who would go on to coach 1956 Olympic gold medalist, Tenley Albright, as well as her two talented daughters, Maribel and Laurence.

The cause of the crash was unknown, though investigators suspected that some kind of mechanical failure may have played a part. The incident was the worst air disaster involving a U.S. sports team, until nine years later, in November 1970, when a chartered jet carrying 37 members of the Marshall University football team crashed into a hillside in Kenova West Virginia. 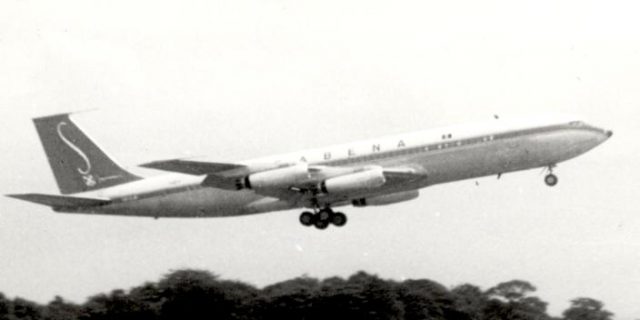 The unimaginable loss struck a chord throughout the country. “Our country has sustained a great loss of talent and grace which had brought pleasure to people all over the world,” President John Kennedy said in a statement released from the White House. The International Skating Union would end up canceling the world championships, which were scheduled for the following week.

The U.S. figure skating program was hit hard by the tragedy and the loss of so many talented athletes. Prior to the crash, the country was a skating powerhouse, winning the men’s gold medal at every Olympics since 1948 (U.S. women captured Olympic gold in 1956 and 1960). F. Ritter Shumway, vice president of U.S. Figure Skating at the time, predicted that it would take two to four years for the country to return to a position of prominence in the sport. 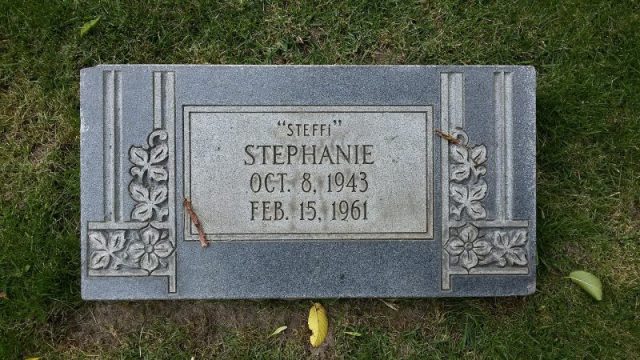 He wasn’t too far off: Five years later, 17-year-old Peggy Fleming would capture gold at the 1966 World Figure Skating Championships, a prelude to her gold medal at the 1968 Olympics in Grenoble, France.

They were particularly poignant victories: Fleming’s former coach, William Kipp, died in the crash of Sabena Flight 548. Another men’s gold medalist wouldn’t appear until 1984, when Scott Hamilton took the top prize at the 1984 Games in Sarajevo, Yugoslavia.

Not long after the tragedy, a fund was created in honor of the victims of that fateful flight, to offer financial assistance to promising American skaters. (Over $15 million has been raised over the years.)

Read another story from us: The mystery of what happened when a drunken mechanic stole a military plane 50 years ago may soon be solved

In 2011, the 50th anniversary of the crash of Sabena Flight 548, the members of the 1961 figure skating team, along with the members of the U.S. delegation who perished with them, were inducted into the U.S. Figure Skating Hall of Fame in Colorado Springs, Colorado.