Ancient Rome is huge. So huge that people end up finding remnants of it even when they are simply fixing the toilet. That was the case for Luciano Faggiano, owner of a building in the center of Lecce, Italy.

When a serious sewage issue showed up, Mr. Faggiano was amid plans to launch a local trattoria business, an Italian-styled eatery. Though old, his building was recently refurbished, with white painted walls and a freshly installed heating system. He was going to live with his family upstairs and have the business running downstairs. 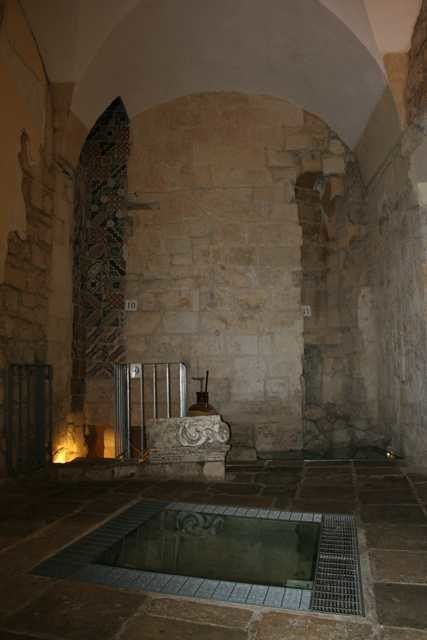 To fix the sewage, Mr. Faggiano asked help from his two sons and action began. It was supposed to be not more than a week-long activity. So they crushed the floor in search of the broken pipe in 2000 but never got around to sealing it back up.

The Faggianos first stumbled upon a false floor while looking for the pipe, and then another level filled with stone from the Middle Ages. More and more remnants of ancient life emerged. Those plans for opening the trattoria now had to wait. 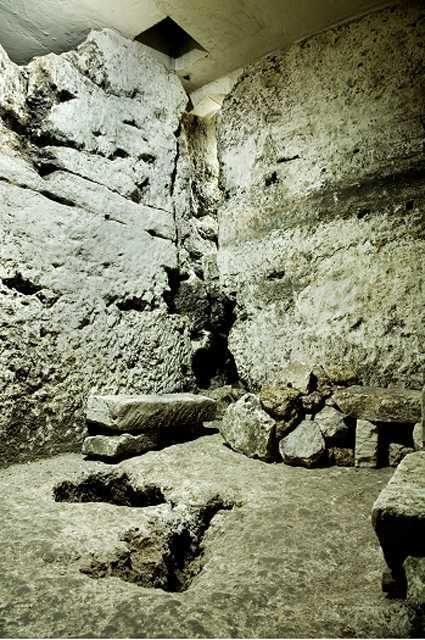 The deepest finds underneath Luciano’s home date back to the Messapii culture the 5th century BC. Photo by Museo Faggiano

Mr. Faggiano initially did not share with his spouse, Anna Maria Sanò, what was going on. He also didn’t say that he used their younger son David, then aged only 12, to lower with a rope into tiny openings and dig where nobody else was able to reach.

However, Anna Maria must have noticed the extremely dirty clothes that piled up for the washing machine each and every day. Neighbors also noticed the strange happenings. Piles of rubble were being brought out of the building all of the time. 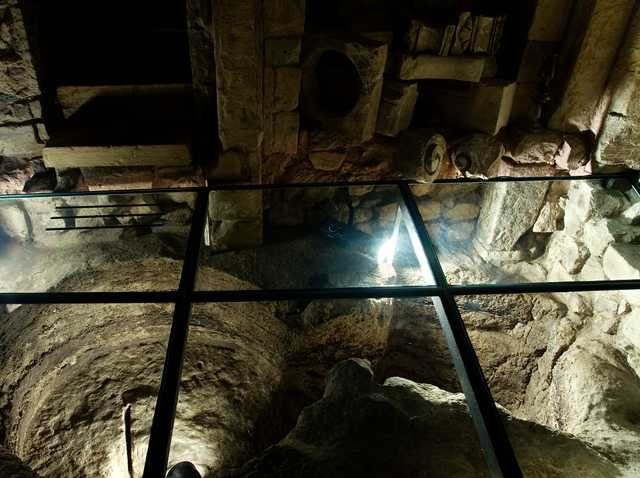 When officials visited the Faggianos at 56 Via Ascanio Grandi, their address, all activities were put to a halt. According to Italian law, this looked like an unauthorized archaeological dig.

The family had to wait for a year, in which nothing important really happened, before resuming their extraordinary ‘search for a sewage pipe’. A professional archaeologist was sent this time to oversee the excavation, which resulted in a trove of artifacts in the end. Thousands of them! 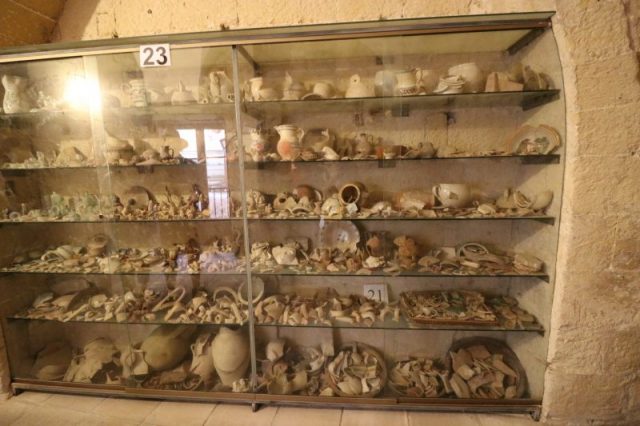 Some of the finds inside the museum. Photo by NH53 CC By 2.0

There was ancient pottery, all different kinds of jewelry, Roman devotional bottles, long-forgotten frescoes, and other relics. All layers of history in the region were lurking beneath the toilet.  It was abundant and spanned over several millennia beginning with the original Greek settlers.

“My favorite was a ring from a Jesuit bishop that contained 33 diamonds,” said Andrea in an interview for the Independent in 2015. The older of the Faggiano brothers had in the meantime moved to live in London.

Different chambers showed up during the digging: an ancient tomb that was attributed to the Messapians who inhabited the region over two millennia ago; a Roman granary and cisterns; a chamber where nuns used to prepare bodies of the deceased several centuries earlier. And the list went on. 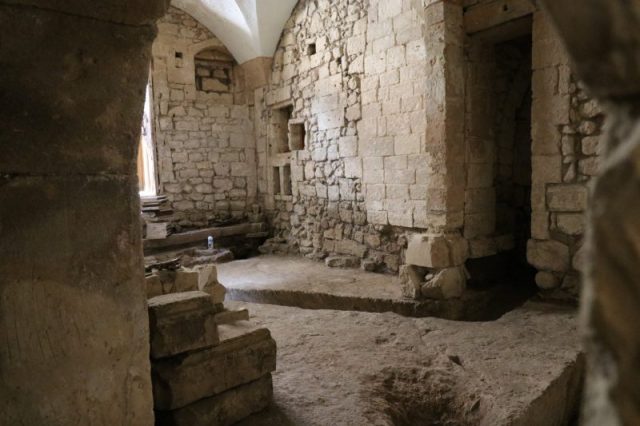 The Faggiano Archaeological Museum is the only independent museum in the city of Lecce.

The diversity of discoveries is remarkable, yet explainable as Lecce holds a strategic position on the heel of the Italian boot-shaped peninsula. After the Greeks, various populations have left their mark around here, included Romans, Ottomans, Normans, and Lombards.

Mr. Faggiano himself has admitted during interviews that he sometimes felt obsessed with the excavation which he personally sponsored with money cut from the family income. In one instance he had been so overwhelmed that he even wanted to shut down all digging and forget all about it. “I don’t wish it on anyone,” he told the New York Times.

He has however found and fixed the sewage. Many of the artifacts which emerged during the search have been seized by authorities and never sent back to Mr. Faggiano. Some were allotted to already established museums because of their historical importance, and others were given to experts for more in-depth studying. 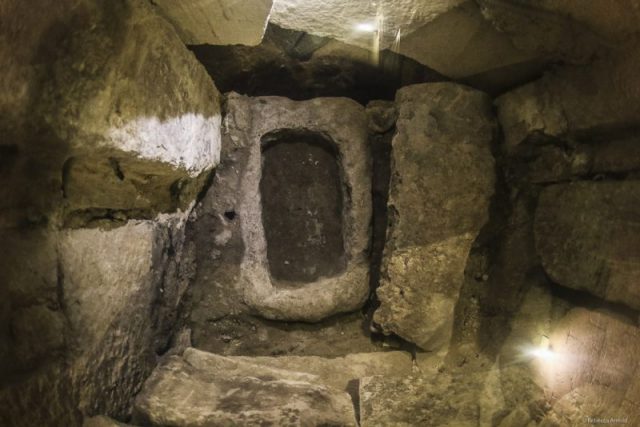 In his search for the troublesome sewage pipe, Luciano Faggiano found a Messapian tomb, a Roman granary, a Franciscan chapel and even etchings from the Knights Templar. Photo by Museo Faggiano

Hopefully, more from the trove will return to Mr. Faggiano who now runs a privately-owned museum instead of a trattoria. His Faggiano Archeological Museum opened in 2008 and is the only private museum to be found in Lecce.

Museum-goers have access to explore any of the subterranean chambers. Through glass-floors, they can also look at the different historical levels beneath their feet. During the 11th and 12th centuries, visitors would learn that the site of the house used to be a Knights Templar home, and in the subsequent centuries, it became a Convent of Franciscan Nuns of Saint Clare’s order.

Fellow Italians, however, might find nothing novel in this entire family story. Construction of new subway lines in the capital of Rome has in recent years led to the discovery of thousands of artifacts, many of them now displayed behind glass-fronted panels installed at subway stations.

Farmers in the field still sometimes come across valuable pottery that’s left buried in the ground for centuries after the Roman Empire crumbled.

It’s a brilliant world of relics beneath that boot and heel.