The story of Karl Marx’s relationship with the American media begins with Horace Greeley. He was an American journalist in the mid to late 1800s. He started his professional life as a printer’s apprentice in Vermont before moving to New York City in 1831.

Greeley was a liberal Whig who was soon approached by political boss Thurlow Weed and was asked to do weekly campaign publications for the 1838 and 1840 elections. 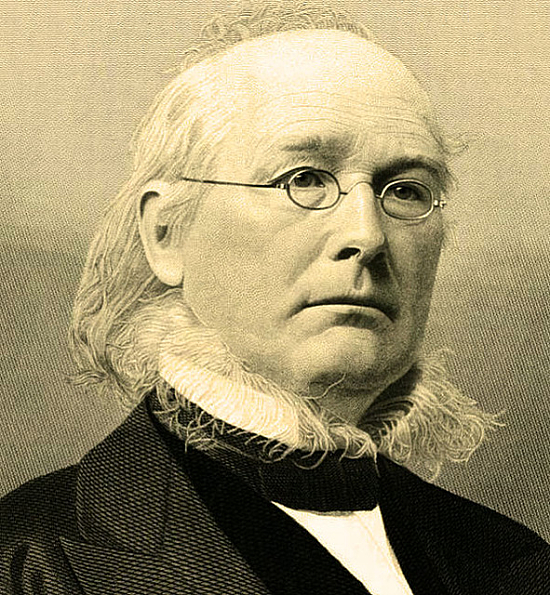 In 1841, his political contacts and journalistic success allowed him to found The New York Tribune, which he edited until he died.

The paper had a definite progressive slant, taking on issues of numerous reforms such as women’s rights, support for organized labor, and the Homestead Act, which was meant to help expand land ownership to the whole country.

Greeley himself spoke and wrote passionately about the need to abolish slavery, according to the New York Times. 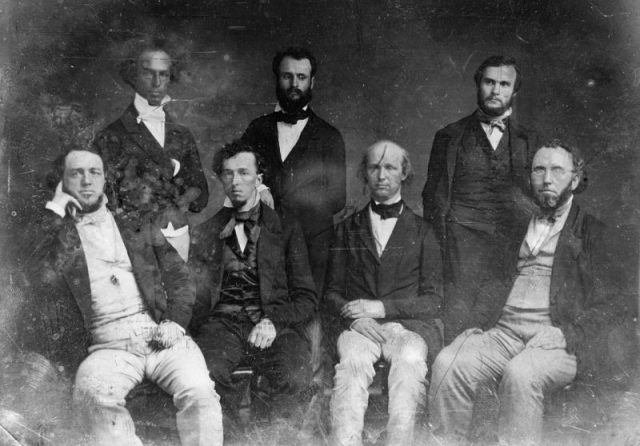 New-York Tribune editorial staff. Greeley is third from the left in the front row.

He was briefly appointed to fill a seat for a Democratic congressman who’d been unseated, and during that time was a colleague of Abraham Lincoln.

Greeley was a long-time friend of P.T Barnum. He was also, it turns out, Karl Marx’s employer. 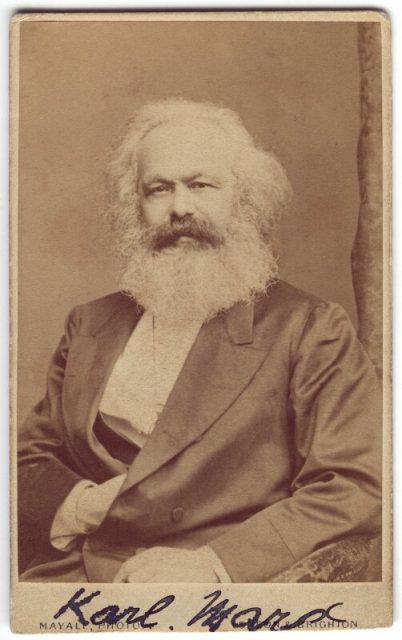 On October 25, 1851, the Tribune ran twelve full pages instead of its usual eight, according to American Heritage.

It was explained that, in addition to a “great press of advertising,” that day’s edition contained “articles from some foreign contributors that are especially worthy of some attention.”

Front page of the New-York Tribune, a US newspaper.

One of these articles was written by a man the paper called one of the clearest and most vigorous writers his country had yet produced, regardless of how much the reader agreed with his opinions on social or political philosophy. It was titled “Revolution and Counter-Revolution” and the by-line given was Karl Marx. 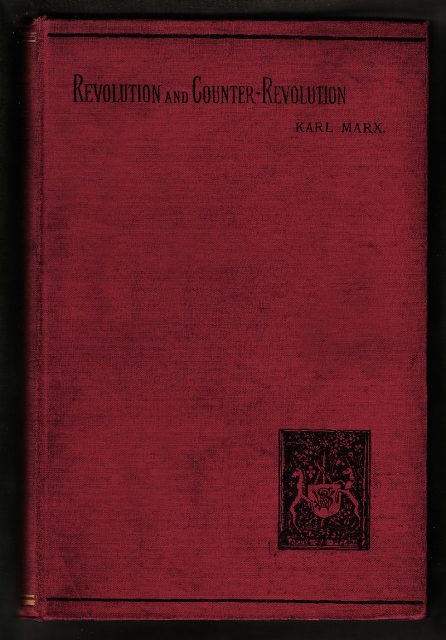 The first edition of the book commonly known as Revolution and Counter-Revolution in Germany, first published in 1896 by Swan Sonnenschein & Co.

The article opened thus, “The first act of the revolutionary drama of the Continent on Europe has closed. The ‘powers that were’ before the hurricane of 1848, are again the ‘powers that be.’” Marx went on to observe that more struggles were coming and that now was a good time to examine the conditions which led to such upheavals. He introduced the Tribune’s readership to unfamiliar words like “bourgeoisie” and “proletariat.”

Marx had been the editor of a leftist newspaper in Cologne until it was shut down and he was driven to Paris. It was while he was in Paris that he composed the Communist Manifesto. 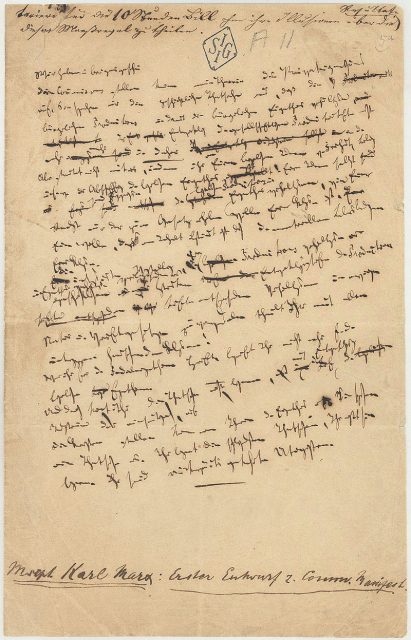 Only surviving page from the first draft of the Manifesto, handwritten by Marx.

After being tossed out of Paris for being subversive, he fled first to Belgium, according to Biography, and then to London, where he tried and failed to launch another left-wing publication. Hitting the end of his savings, and barely able to keep his family, Marx began his work as a correspondent for Greeley’s Tribune.

A week after his first article for the Tribune, Marx sent another, and the following week another, all examining the underpinnings of what makes a revolution. 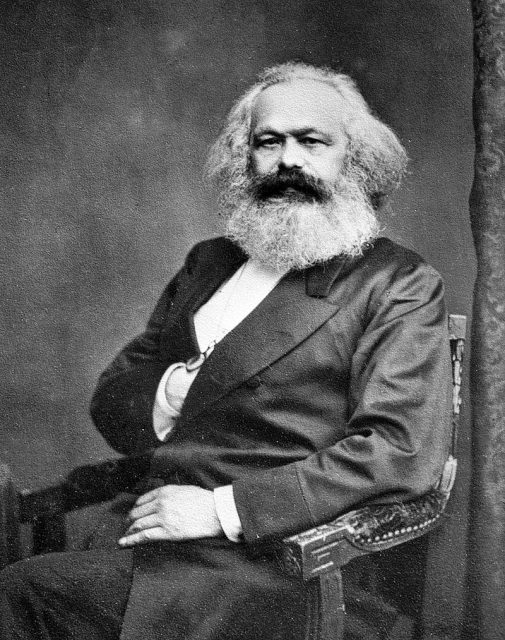 A portrait of Karl Marx.

His relationship with the newspaper went on for ten years, with Marx sending to the Tribune a continuous stream of news reports, stories on political developments from around the world, and foreign press summaries once or twice a week.

He was paid $5 for each of his contributions and never made a living wage; he had to rely on the support of his friend and fellow revolutionary, Friedrich Engels, to help support his family.

So it was that an American publication, dedicated to putting forth the agenda of the Whigs, which subsidized Karl Marx during the period he was working on creating his famous examination and critique of capitalism, Das Kapital.

The New York Tribune not only made it possible for Marx and his family to be fed and housed, but it also gave him an arena in which to start putting together and airing his ideas. Without the Tribune, Karl Marx might not have become the father of communism.

« Honest Ale! Abraham Lincoln’s Early Job as a “Bartender”
The Ancient Egyptian Religion Making a Comeback in the Modern World »