During the past centuries, females were banned from the Church’s choir, and someone had to replace the soprano and mezzo-soprano voice. So, thousands of vocally-talented boys got castrated, and not all of them survived.

Prepubescent castration for the purposes of the music industry was almost entirely abandoned during the late 18th century, and in 1870 it was made illegal in Italy.

Alessandro Moreschi, called the Angel of Rome, was a castrato singer and the only one whose voice was recorded. 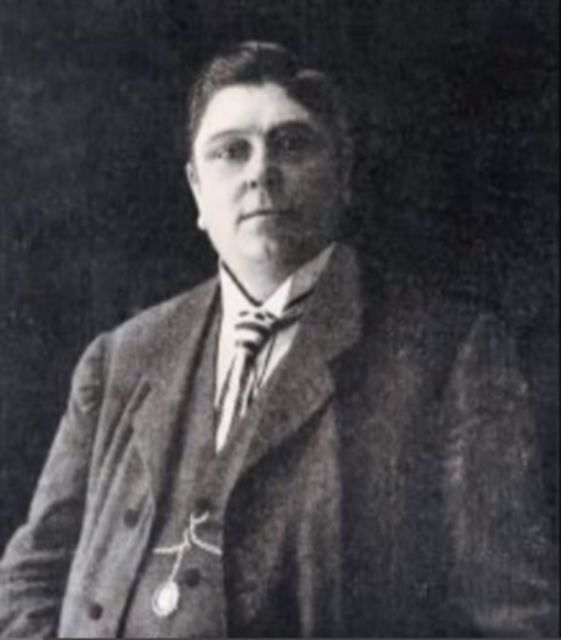 According to some sources, Moreschi’s talent was discovered by Nazareno Rosati, a former member of the Sistine Chapel Choir and a scout in a search for boys with singing abilities that would fit in choirs and solo performances.

Aged only 15, Moreschi became a student at the school of San Salvatore in Lauro where his teacher was the maestro di capella of the St. John Lateran Church, Gaetano Capocci. 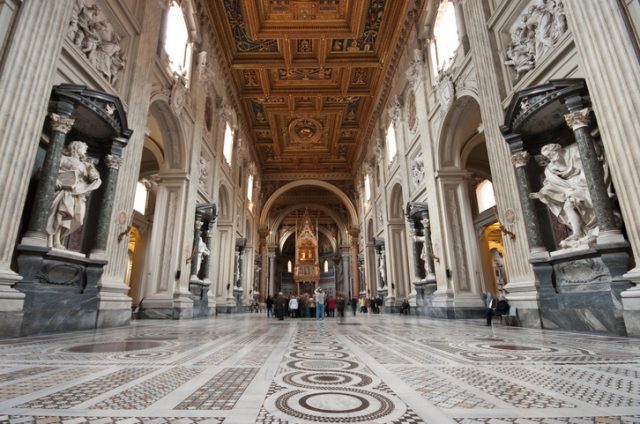 The Basilica of St. John Lateran.

Moreschi also performed as a soloist in groups, called the “Pope’s singers” which his teacher was arranging to sing in salons in front of the Roman high society.

The soprano soloist was quite popular at those gatherings and in 1883 he performed in a special showcase in Italy, Beethoven’s oratorio Christus am Olberge, in which Moreschi sang the coloratura role of the Seraph. It was for that performance that he earned the name “The Angel of Rome.” 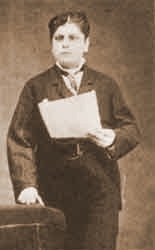 Then he was put through various challenging auditions in front of all the members of the Sistine Chapel choir where Moreschi became the First Soprano, a post which he held for the next thirty years.

At the time, there were another six castrato singers in the Sistine choir, although none was able to perform at sustaining the taxing soprano work as Moreschi did.

It is also said that all that praise of his vocal abilities made him a bit vain and he behaved eccentrically, wearing a white scarf after his performances, standing like a peacock waiting for praise. 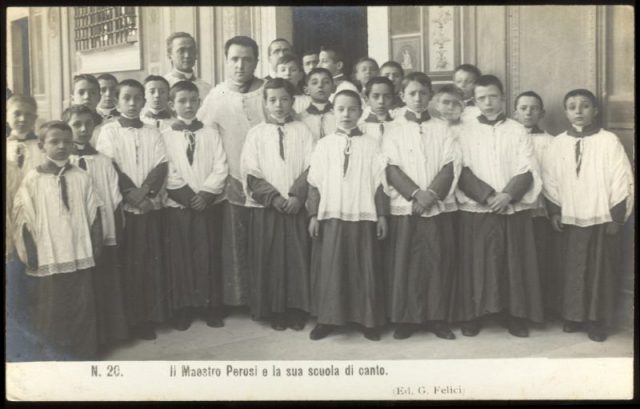 According to the traditional methods of work in the Sistine Chapel Choir, after the retirement of the senior castrato in 1886, Moreschi took over the post of director of the soloists.

For a brief period of time, starting in 1891, he was also segretario puncture, looking over and recording the choir’s activities.

In 1892, Moreschi became maestro pro tempore, mainly an administrative position with duties such as granting leaves of absence and calling choir rehearsals.

There was a time of great upheaval in music, and also a fight to revert church and choir music back to the traditional Gregorian chants, and Moreschi was responsible for making sure that the choir followed the Chapel’s correct procedures. 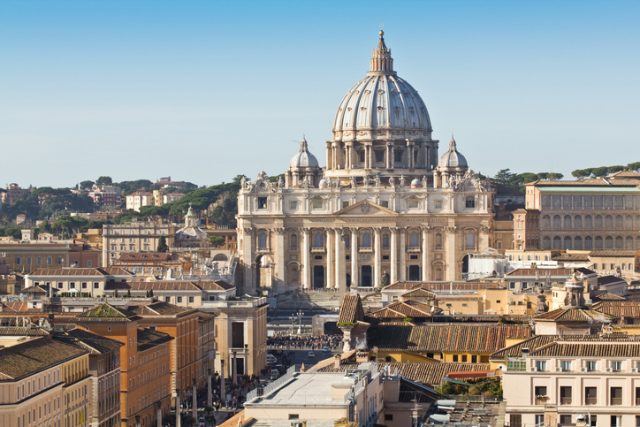 In 1902, while he was living only a few minutes walk from the Vatican, Moreschi’s voice was recorded for the first time by the Gramophone & Typewriter Company of London. Between then and 1904, he recorded seventeen tracks in total.

After singing for thirty years in the Sistine choir, Moreschi was an official member of it, and at the age of fifty-five was able to take his pension. Following the country’s ban on castration, no young castrato was ever accepted in the choir again.

There are accounts that claim that the lives of castrato singers were far from miserable and that them being sexually disabled is a myth, as they were desired and loved by men and women equally. However, nothing excuses the inhumane act of castration.

Moreschi died at the age of sixty-three and his voice remains the only ever recorded of a castrato. There is nothing produced ever since that is similar to his voice. It stands unique and wonderful, reflecting the tone and sound of the era in which he lived.