However, a team of dedicated individuals are determined to safeguard artistic treasures of the world against terrorism and looters.

In doing so, they follow in the footsteps of some unsung heroes from World War II. 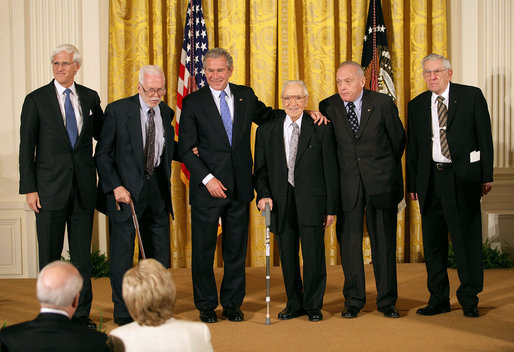 They were the subject of a film directed by George Clooney back in 2014, but before were rarely mentioned when assessing the fight against Hitler.

Clooney’s film didn’t quite get the Monuments Men the attention they deserved, so it has fallen to British Lt. Col. Tim Purbrick to continue the job. 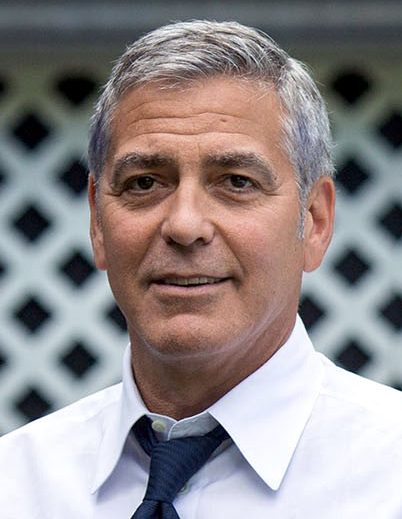 His new organization is named the Cultural Property Protection Unit (CPPU) and its remit, as outlined in The Telegraph, is “protecting art and archaeology, investigating looting, bringing smuggling gangs to justice and informing allied forces about the location of cultural heritage sites”. 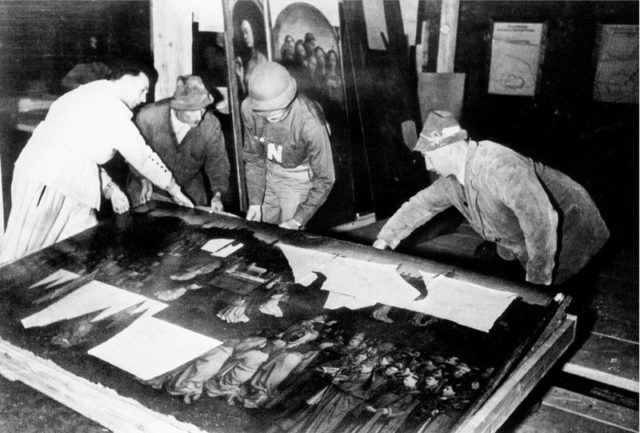 The Ghent altarpiece during recovery from the art depot in the Altaussee salt mine, 1945.

A major motivation behind the unit is Britain’s ratification of the Hague Convention 1954, that seeks to preserve the finer things against bombs and bullets.

The damage done by groups such as ISIS to iconic structures, including the ancient city of Palmyra in Syria, means action is urgently needed. 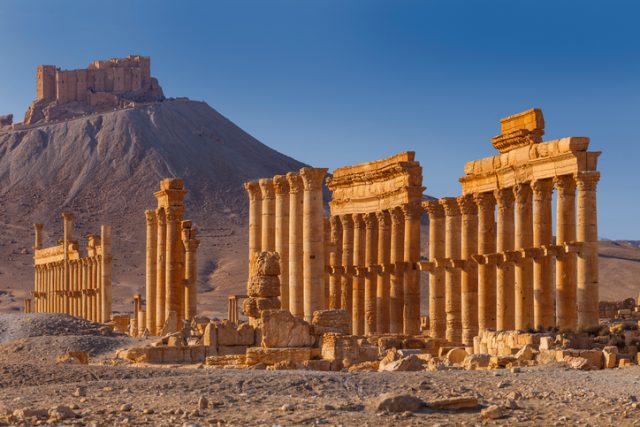 Palmyra, an ancient city in Syria.

The CPPU is still in its infancy, with Lt. Col. Purbrick assembling his top team. As reported by the Telegraph, “So far he is commander of one soldier – himself – but has identified a number of specialists, including an Arabic-speaking archeologist and an underwater archeologist”.

With Gulf War veteran Purbrick at the helm, this has all the makings of a movie in itself.

But what of the Second World War Monuments Men who risked life and limb to rescue some of the planet’s most astounding artworks? 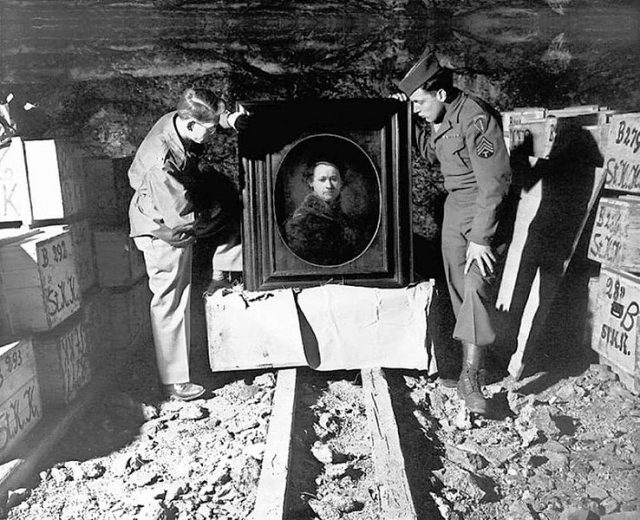 Started in 1943, the Monuments, Fine Arts, and Archives program was composed of several hundred operatives made up of military personnel and civilians.

A key figure was George Stout, an art conservationist who according to a 2014 Smithsonian Magazine article “had been crossing France, Germany and Belgium recovering works, often traveling in a Volkswagen captured from the Germans”. 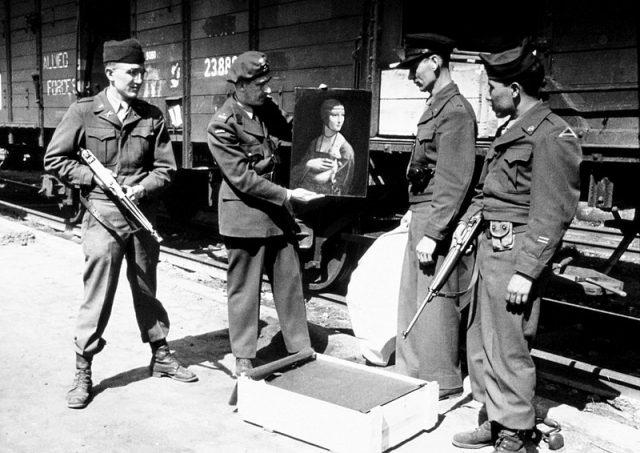 Return of Lady with an Ermine

Stout’s crowning achievement arguably concerned the Nazi’s hoarding of cultural wares in a tunnel network around the Austrian town of Altaussee.

Hitler’s forces plundered mercilessly and the Führer planned to take these trophies to what was described as a “Fuhrermuseum” in Linz. 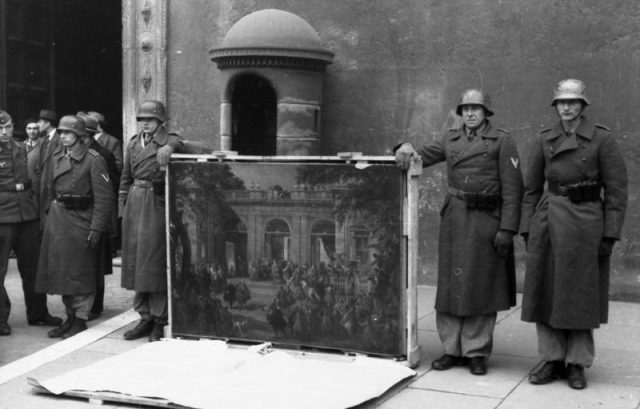 German soldiers of the Hermann Göring Division posing in front of Palazzo Venezia in Rome in 1944 with a picture taken from the Biblioteca del Museo Nazionale di Napoli. Photo by Bundesarchiv, Bild 101I-729-0001-23 / Meister / CC-BY-SA 3.0

When Stout accessed the Altaussee site in 1945 – the environment of which had been tucked away inside a mountain for thousands of years – he found an awe-inspiring vision of what the nefarious Nazis achieved. 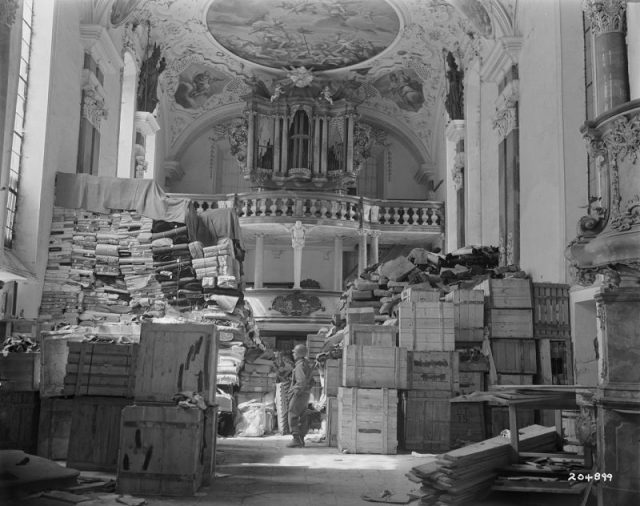 If Hitler’s famous “Nero Decree” had been implemented then the tunnels would have been blown up and precious art lost forever. Stout was immortalized on celluloid by George Clooney, who based his character Frank Stokes on him. 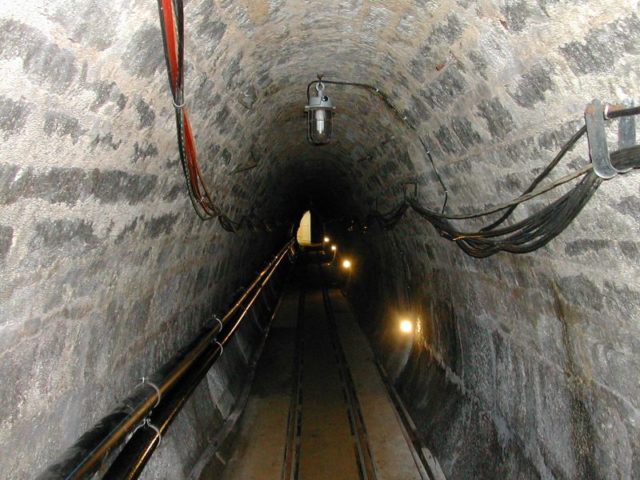 A tunnel in the Altaussee salt mine. Photo: Centic CC BY-SA 3.0

Of course the name Monuments “Men” isn’t strictly accurate. They are described as “a small corps of mostly middle-aged men and a few women who interrupted careers as historians, architects, museum curators and professors to mitigate combat damage”.

That sounds rather dry but the human story is better expressed through the efforts of art scholar Lynn H. Nicholas, author of The Rape of Europa (1995). Her book brought the team back into the public eye, and research uncovered aspects such as “an obituary about a French woman who spied on the Nazis’ looting operation for years and single-handedly saved 60,000 works of art”.

It goes to show that without the Monuments Men and Women, our society would be very different. They served with the forces that beat back fascism, but they also saved inspirational works of art from a terrible fate.