Haunted houses come in all shapes and sizes. But among the most curious is this example from New Mexico that’s been standing since the 1920s. It looks ordinary enough.

However, the truth is it was assembled from a “Do It Yourself” kit.

The owners of the house in Estancia, New Mexico are the Ayers family, who stopped using it around two decades ago. It was originally put up by Fred Ayers, a lawyer.

While cattle graze around the grounds, the abandoned property has been drawing attention for its unnerving qualities. 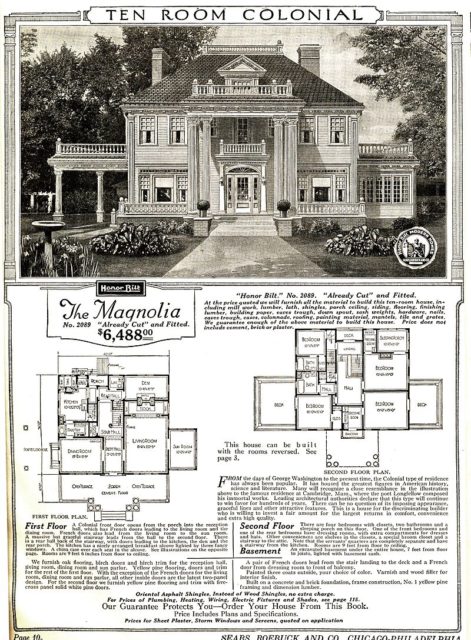 Stories suggesting that the spirits of former residents have not all vacated the tumbledown house have been circulating for years. A local resident reported seeing “ghosts standing in the window” according to a report this month on KSN. The house lacks a door, rendering the shadowy interior even more visible.

These types of features, along with the impending Halloween holiday, probably go a long way to explaining the house’s eerie reputation.

It seems more likely to attract intruders than the undead. Yet it brings visitors from across New Mexico, who want a photo op with this local legend straight out of a flat pack. 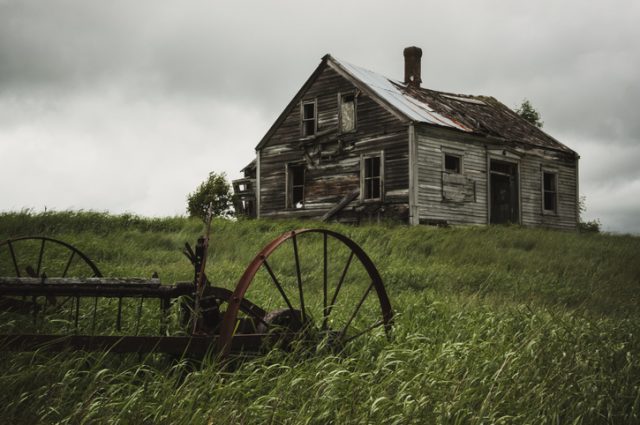 The most extraordinary thing about the property is that it stands at all. The product was no doubt reliable, though with the raft of building regulations around today the concept of a self-assembly house sounds somewhat alarming on the health and safety front.

Sears, Roebuck & Co. were one of the big suppliers of DIY homes. They sold approximately 75,000 of them between 1908 and 1940. It’s speculated that the Ayers property is one of their ranges.

As the Sears Archive states, “Over that time Sears designed 447 different housing styles, from the elaborate multistory Ivanhoe, with its elegant French doors and art glass windows, to the simpler Goldenrod, which served as a quaint, three-room and no-bath cottage for summer vacationers.” 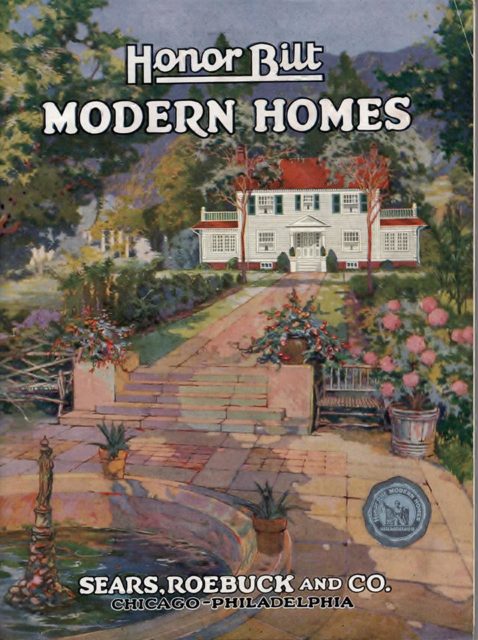 Customers also had the option of submitting their own designs to Sears in the pursuit of their dream house. In this era of home design, with the idea of a buyer having “full creative control” instead of experts telling people what to install is an intriguing one.

Houses were available by mail order and delivered by railroad. Craftsmen could be employed to put them up, though customers were free to tackle the job themselves. Once their new place was bolted together, purchasers could enjoy such mod cons as electricity and central heating.

Sears were also canny enough to offer 3 tiers of home, depending on the person’s budget. “Honor Bilt” was the top end of the market. The Archive explains that “Attractive cypress siding and cedar shingles adorned most Honor Bilt exteriors.” 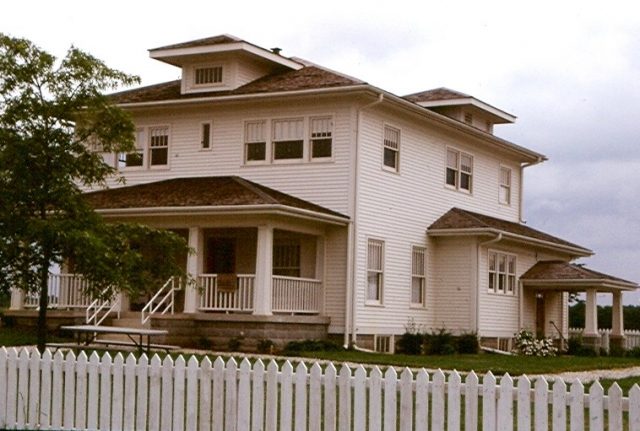 Modern reproduction of a Sears Hillrose at the Farm at Prophetstown in Battle Ground, Indiana.

The “Standard Built” models were basic and suited those who didn’t need to put a warm sweater on during the day. Meanwhile, the snappily-named and minimalist “Simplex Sectional” reflected the needs of the summer cottage set.

While the origins of the spooky Ayers house are a mystery, there are tell-tale signs to watch out for when establishing whether a house came off the Sears, Roebuck & Co.-production line.

In 2007 the website of the Arts & Crafts Society compiled a handy guide to spotting a Sears home. Their tips included looking for “stamped lumber on the exposed beams/joists/rafters in the basement, crawl space or attic” and checking for the “Unique column arrangement on front porch and five-piece eave brackets.”

With Sears facing bankruptcy, locals have been making mischief comparing the broken-down Ayers place to the crumbling corporation. Despite this, the population do have faith in the kit builds. Quite literally in fact.

Read another story from us: McKamey Manor: “Extreme Haunted House” is not for the Fainthearted

For the Estancia United Methodist Church also happened to be assembled this way. The Lord truly does work in mysterious ways…