When you think about the types of food Neolithic humans had for dinner 8,000 years ago, you might assume the cuisine would be fairly limited. But that would be … wrong. These families dined on a surprisingly wide range of food, including dairy, cereal grains, legumes, and non-dairy animal proteins, some of the food processed and mixed into porridge or soups.

By analyzing the oils, fats, and waxes absorbed into the pottery, mostly bowls and jars, used in the Neolithic Era, researchers determined that for food in Çatalhöyük in Anatolia, families ate mixes of cereal, dairy, and meat products, while particular vessels may have been reserved for specialized foods, like cow’s milk and milk whey. 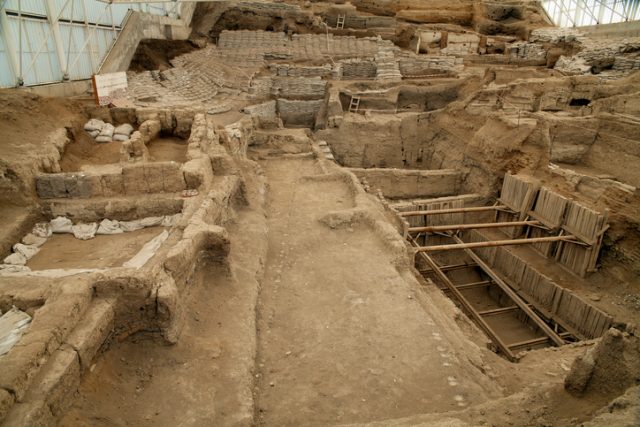 Due to this analysis, the researchers know that people consumed dairy products from sheep, goats, and cows. The meat came from goats, sheep, cows, and deer. Cereals included barley and wheat, and legumes included peas and vetches. 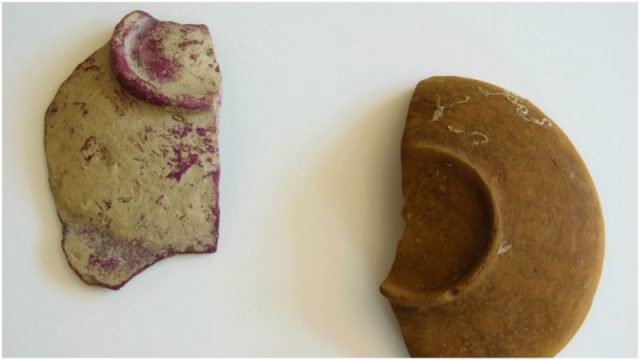 “Interestingly, many of the pots contain evidence of multiple food types in a single vessel, suggesting that the residents mixed foods in their cuisine, potentially as porridges or soups, or that some vessels were used sequentially for different food items, or both,” according to a study published in the Nature issue of October 2018. 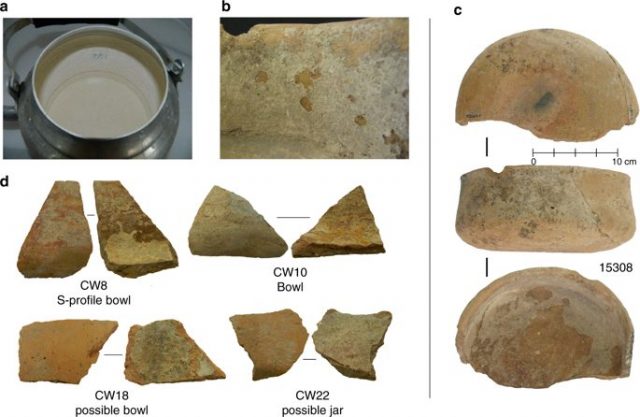 Examples of calcified deposits from modern and ancient vessels at Çatalhöyük. Photo by Nature/Hendy et al CC BY SA 4.0

“Here we have the earliest insight into people doing this kind of milk processing,” Hendy said in an interview with Smithsonian. “Researchers have found milk in pottery in earlier times, but what’s exciting about this find and this technique is that we can see actually how people are processing their dairy foods, rather than simply detecting its presence or absence.” This method of analyzing diets thousands of years ago is gaining ground among researchers. 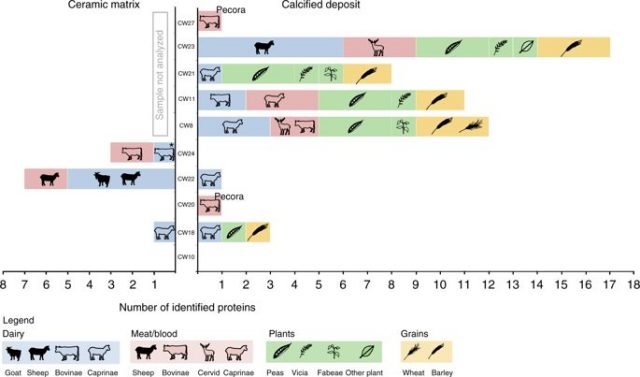 “In Southwestern Asia, Africa and Europe, lipid residue analysis has fundamentally advanced our understanding of the development of early pastoral economies,” said the report. Researchers were able to get very detailed ideas of what was eaten. 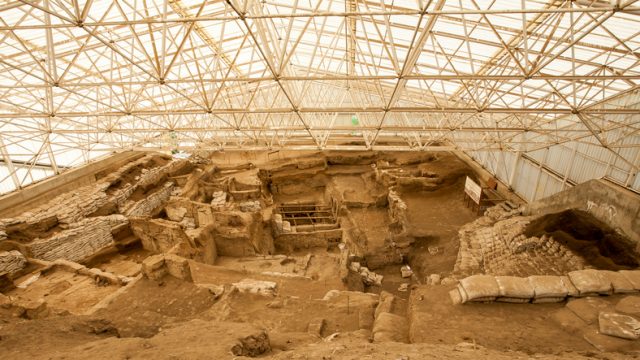 The Neolithic Site of Çatalhöyük, Anatolia.

The study authors speculate that the proteins survived in their potsherds because of limescale buildup on the vessels. But scientists won’t know just how long proteins can survive until they pull samples from many more sites of different ages and different environments.

Çatalhöyük is considered one of the best preserved Neolithic sites in the world. It is located southeast of the Turkish city of Konya, about 90 miles away from Mount Hasan. 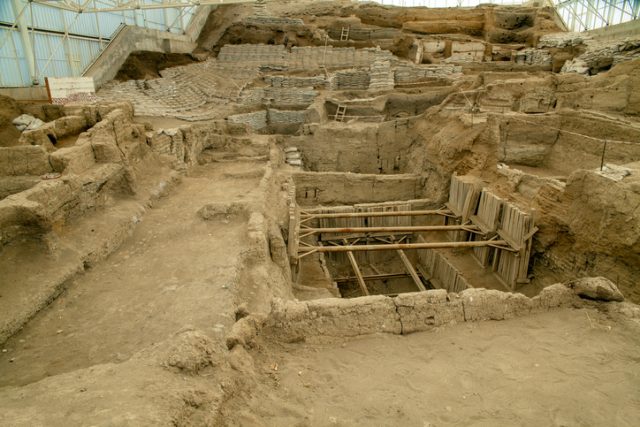 The settlement was founded around 7500 BC and was inhabited for over two millennia. Houses were built directly next to each other in every direction.

Since the 1960s, excavations have uncovered a densely packed Neolithic (New Stone Age) settlement which dates back 9,000 years.

Today all that is visible on the surface of Çatalhöyük is two mounds: the smaller and more recent to the west of the site and the larger and more ancient to the east. When researchers dig below the surface, they find complicated societies.

Teams of experts from around the world are currently working there to understand the lives of the people who lived here and to learn more about Neolithic food.