It’s been out of style since the 1920s, but the dance craze called The Rizzle could be making a comeback just in time for Halloween.

A new short film is showing audiences the moves as part of the Huluween Film Fest, nearly 100 years after the routine first burst on the scene.

Directed by Australian filmmaker Josh Tanner, The Rizzle is a slice of Roaring Twenties fun with a creepy edge. The short begins with Elena (Holly Rooth) browsing online videos when she comes across this funny little dance from a bygone era. 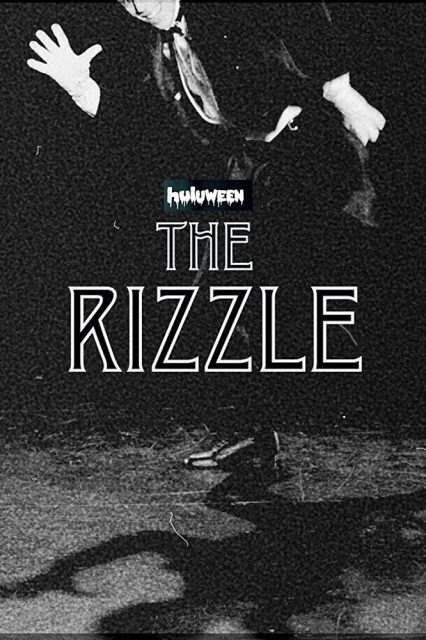 Promotional poster for the short film The Rizzle

The Rizzle was born out of Josh Tanner’s passion for the 1920s, one he took to eerie extremes.

Josh told The Vintage News, “I have a love for the Roaring 20s. The fashion. The music. The cinema. The Architecture. All of it amounts to being one of the most enchanting and gorgeous eras in modern history.

Though, as much as I love it… There’s something about the 1920s that I find genuinely creepy… Perhaps it’s how the entertainers of the Jazz Age would apply heavy, pale make-up, giving them a look that belonged more on a mortician’s slab than a movie set… Wherever it stems from, the impression is strong and I’ve been absolutely obsessed with it for some time.” 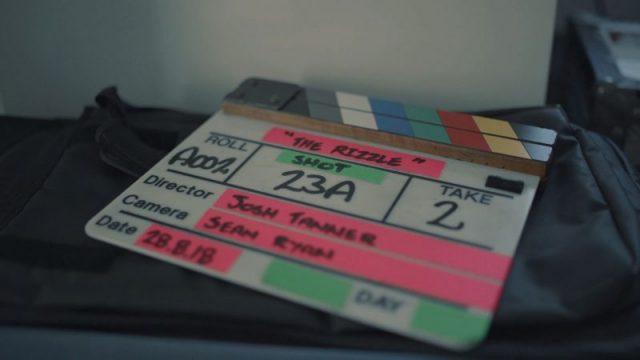 Behind the Scenes Photo by Josh Tanner

This isn’t Tanner’s first exploration of the strange and unusual. He previously drew attention with his award-winning sci-fi short The Landing in 2014.

The Huluween Film Fest competition is a new venture for streaming giant Hulu, with The Rizzle one of 8 bone-chilling shorts available to view and vote for.

Whoever wins receives $10,000 towards developing a feature film idea, something Tanner is keen to do with The Rizzle. He said, “I am not done making the 1920s creepy. My co-writer and producer Jade van der Lei and I have got some cool and freaky ideas how to expand this… We very much hope we get the opportunity to do that! The more views we get on the Youtube link of the short the more could go towards making that a reality.”

As well as online hits, Huluween boasts an impressive line up of judges. These include actor Kane Hodder, a horror legend who donned the ice hockey mask as Jason Vorhees in several installments of Friday The 13th.

Hulu is putting the scream into the stream this year. As reported by Fest partner Bloody Disgusting, “The curated experience will also bring viewers exclusive, new content throughout the month, including eight spooky short films from up-and-coming filmmakers, and the much-anticipated premiere of two Hulu Originals – Into the Dark and Light as a Feather.” 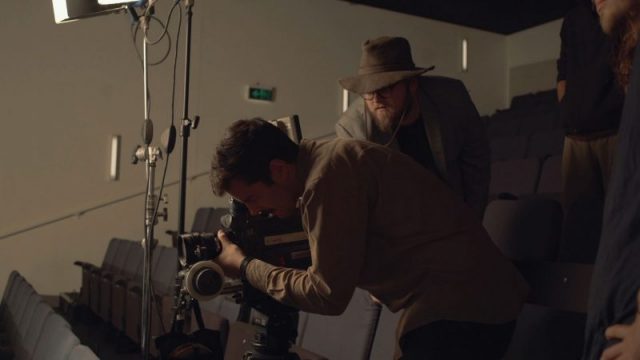 Behind the Scenes Photo by Josh Tanner

For Tanner, the production didn’t just have him moving his feet. It also helped him get a few things off his chest. He revealed that “getting to make THE RIZZLE for Huluween Film Fest has been a cathartic exploration of this darker impression of the 1920s.”

Plus the team had to be on their toes to complete the film in time. “(It) was a quick turn around… all up about a month to prep, shoot, edit and deliver the short film. A very quick turn around but an incredibly rewarding experience.”

Read another story from us: Monster Mashup – How Vincent Price Came to Rap on Michael Jackson’s Thriller

Tanner also had a blast creating the Rizzle challenge, commenting “I have never had dance choreography in any of my work. The organic process of finding something that felt like we’d never seen it before but felt totally believable as something that was danced in the roaring 20s was a challenge but our actors Steven Bishop and Holly Rooth nailed it.”