Roman Gladiators – 6 Surprising Insights You May Not Have Known

It was not great generals. It was not robust emperors. Gladiators were the real superstars of Ancient Rome. These hunky men, enslaved to the business of fighting, were trained to engage in spectacular fights. 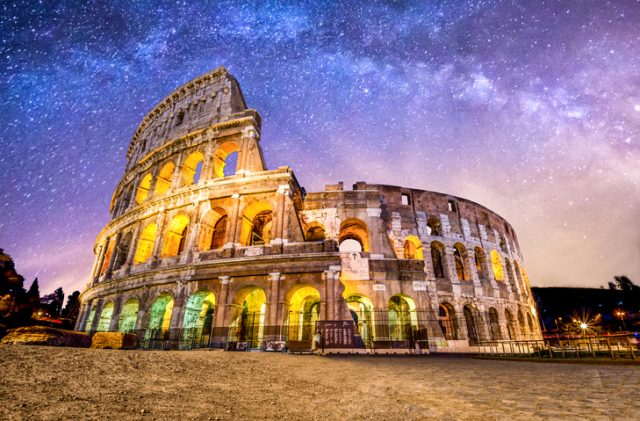 The Coliseum at night.

For the vast and ever-expanding Roman empire, they were an endless resource of happiness and entertainment.

Thanks to popular culture, we have a slightly distorted vision of who were the real Gladiators. Time to break down some of the myths.

Gladiators did not always fight to the death 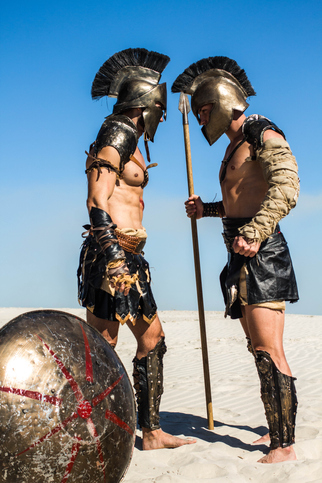 Two ancient Roman warriors face to face in the sand.

Gladiatorial combat was clearly a precarious business, but those fighting men down in the arena did not necessarily have to fight themselves to death, especially not if both of them demonstrated great stamina and fighting skills.

If a gladiator had to die during every single match, then the ancient Romans would have been terrible leaders of the business, which was a lucrative one. 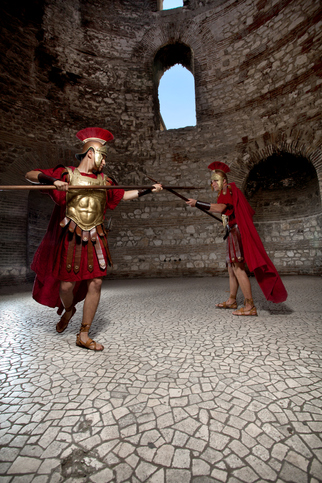 Roman warriors in the Diocletian’s Palace in Croatia.

Gladiators took on lengthy preparations and they costed fortunes to train and maintain. Dying was not really an option for someone making a living out of the Coliseum games. A gladiator would pay off if he survived at least ten different combats.

The people who owned and managed the gladiators were called lanistae. Under their sponsorship, gladiators were provided with proper food and medicine. They were instructed not to kill, but to inflict a wound to the opponent.

A majority of gladiators died before reaching 30 years of age, however. Sometimes the lanistae were bribed by noblemen to stage a death on the arena. The money they received compensated for the loss of their men. 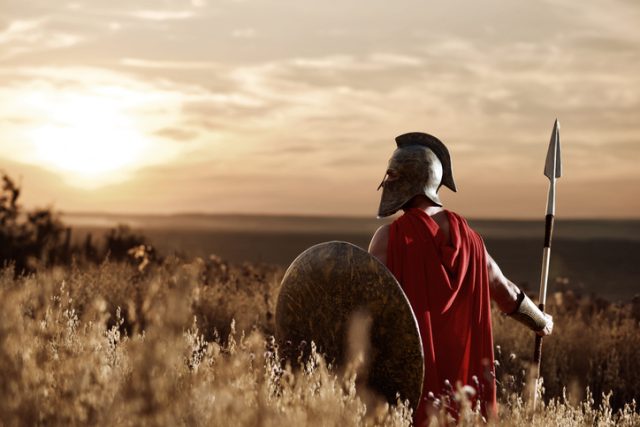 Death rates also seem to have been tied with the overall mood of the empire. On ordinary days during the 1st century A.D., the fights resulted with a winner and a loser who often failed due to an injury or simply because their body gave up. Quite a small fraction of gladiators died during this century.

By the end of the next century, death rates soared, as did domestic affairs and conflicts in Rome.

Gladiators were able to obtain freedom 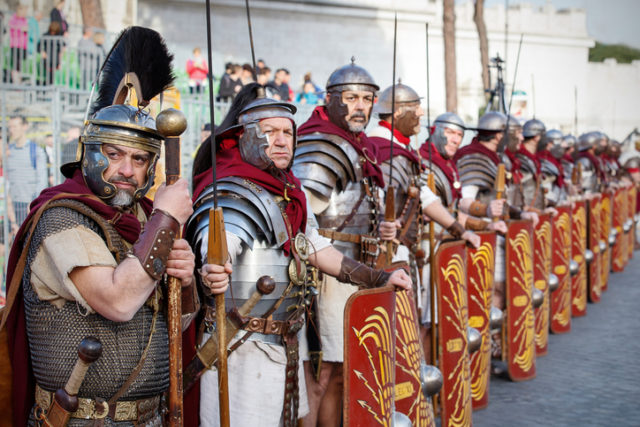 Another myth goes that those who became gladiators were bound to be one for life. This aspect of being a gladiator was also not so black and white.

Some of the best gladiators fought their way out to freedom. This was possible after achieving a series of victories in the matches. Those who obtained their freedom sometimes opted to become gladiator trainers themselves.

It was also not true that all gladiators were only enslaved people brought from all the different and distant Roman provinces. As the games evolved and as more people realized that fighting gladiator battles can bring them fortune and fame, commoners as well opted to become one. 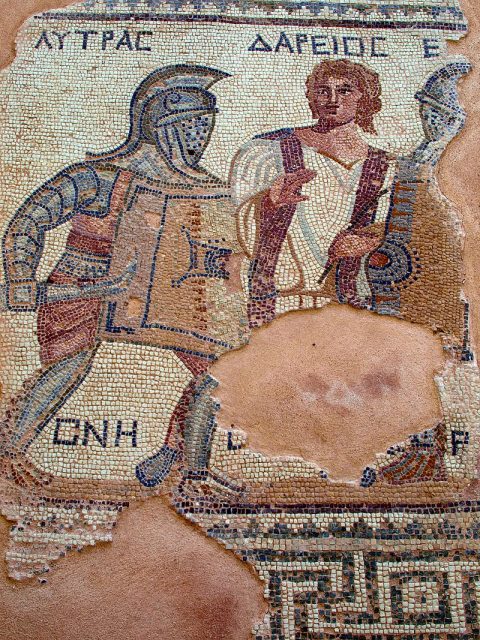 Roughly a fifth of the gladiators produced in Ancient Rome should have come from the special gladiatorial schools–ludi gladiatori. A major predisposition to enter one of these schools was having a strong body.

During training, they were subjected to a special food regime in order to retain the best condition for their body. If they received a wound, they were immediately treated by a medicinal personnel.

At the end of the training, they also took an oath which said they will endure the pains of their combats, and that they are ready to be bound, beaten, and eventually slaughtered by their enemy’s sword.

A funerary practice paved the way to gladiatorial combats

Gladiators from the Zliten mosaic

The strange rite was known as munera and dictated that upper-class people enforced their slaves to combat until death.

This was done within the frames of the funeral. At the same time appeared also the venationes which engaged men in terrifying beast hunts.

The munera practice quickly took momentum and evolved into a form which understood a major public spectacle.  The very first such funerary rite may have happened in 264 B.C. where a nobleman by the name of Brutus Pera instructed his sons in his will that they should host combats during his funeral. 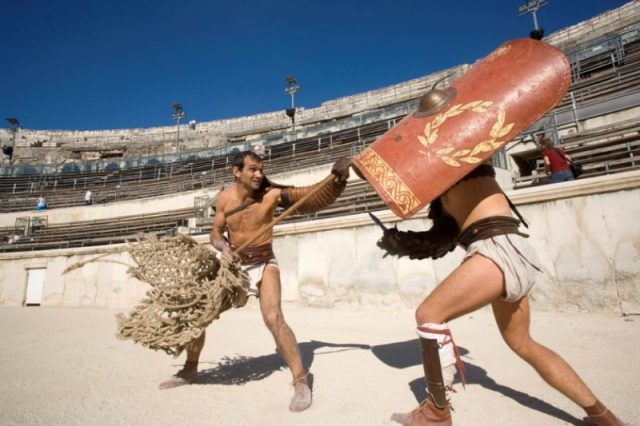 Re-enactment of a gladiator fight in the arena of Nîmes. Photo by Culturespaces/Christophe Recoura CC BY-SA 3.0

A century later, the munera was so commonplace that one such event is said to have engaged over 70 men who nastily fought for several days over.

The earliest gladiators sported traditional Samnite outfit and weapons. As different casts of gladiators evolved, clothes and gear also began to differ, which brings us to the next point.

The image of the gladiator was not uniformed 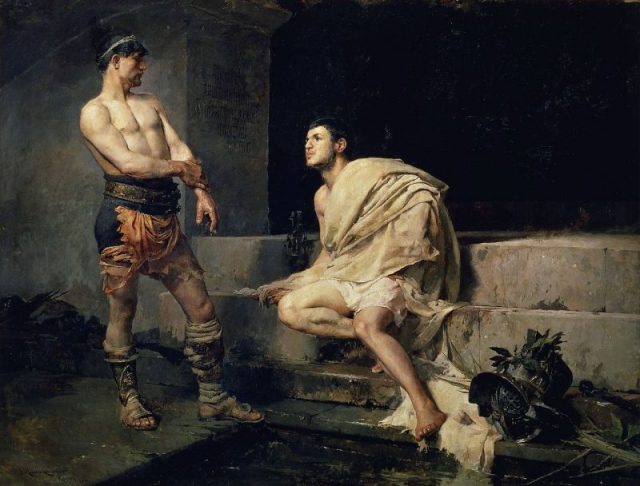 Classifications are abundant enough. Gladiators were distinguished by their skill as much as for their fighting style. Everything played a role in which category a gladiator can be deemed.

Murmillo gladiators were often left to face a thraex or hoplomachus gladiator. The murmillo sported an outfit similar to that of a Roman legionary, and the latter two were Greek-fashioned. Their confrontation would have looked like a fight between a Roman and Greek soldier. 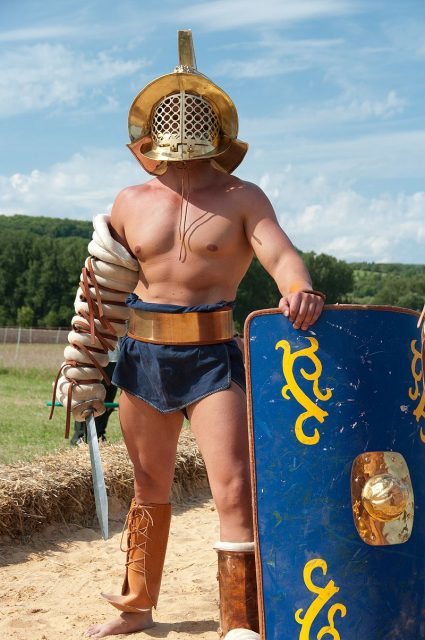 Modern re-enactment of a murmillo. Photo by Curiosito -CC BY-SA 3.0

There were also those able to fight with two swords simultaneously–the dimachaerus type of gladiator, and those who hopped on a horse when in the battle ring–the equites.

On rare days, spectators in the theaters would also see women. Their matches were against other woman, but also sometimes against men. Dwarfs also fought. Any and everyone was used to make a good gladiator show.

Animals were rarely fought in arenas 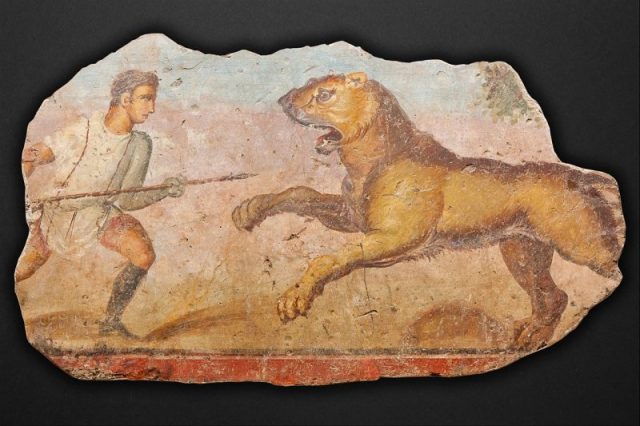 Painting from the Amphitheater.

Gladiator depictions in pop culture frequently also involve confrontations with all different kinds of beasts, but most of the time, animals were kept aside from combat arenas.

Gladiator versus animal fights came quite late in the day. This was because people eventually wanted to see something novel. Animals were there to spice up things when fights got a little bit boring. 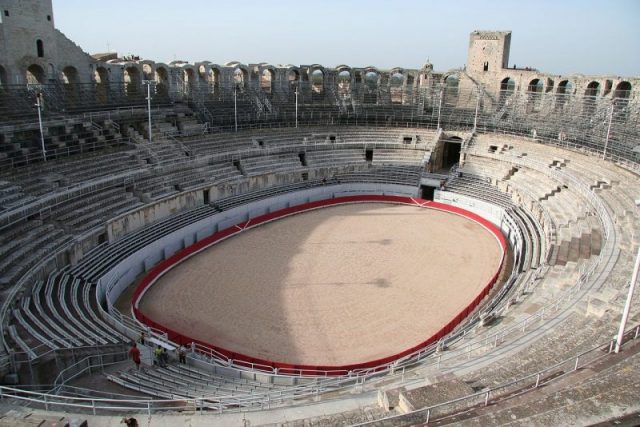 Roman arena at Arles, inside view. Photo by Jmalik CC BY 2.5

While common confrontations included those with lions and tigers, there is one record which testifies the arena was once flooded on intention and the water was filled with creatures like crocodiles and sharks.

Combat scenes like this one remain rare, but more frequent were the casual exhibition and killings of animals in the Roman theaters. 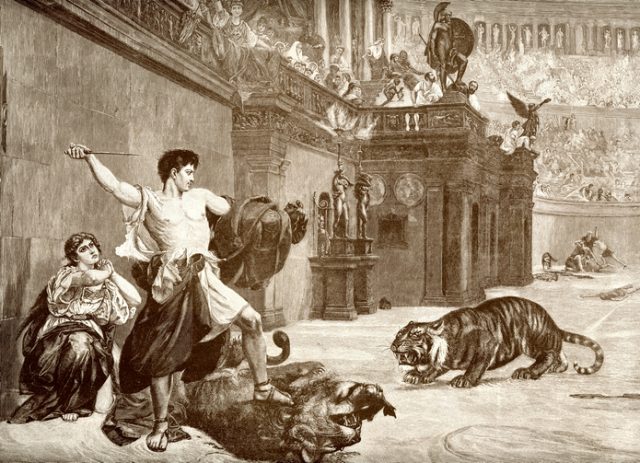 Vintage engraving showing a man saving a woman from a lion and tiger in the Roman Arena.

It was often about species not native to the Italian peninsula such as lions, elephants or giraffes.

They were brought from conquered territories, like those in North Africa; were presented to the crowds and then subjected to bloodlust.

Gladiators were revered… in quite bizarre ways 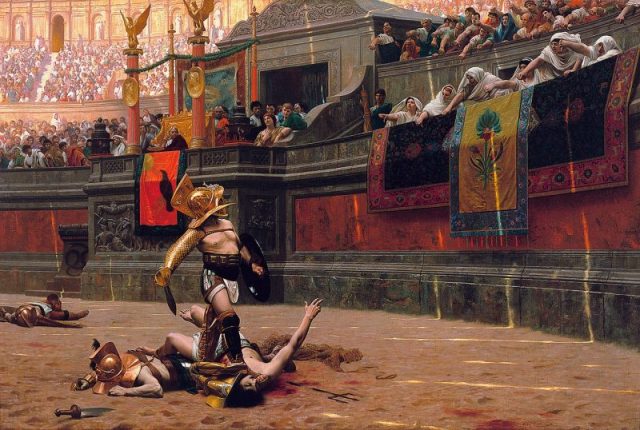 Pollice Verso (“With a Turned Thumb”), an 1872 painting by Jean-Léon Gérôme

Their names were written on walls. Their faces portrayed on paintings. Their bodies depicted in sculpture. For most of the time, it was women who revered gladiators for their virility though there are at least two known sculptures depicting women gladiators as well. 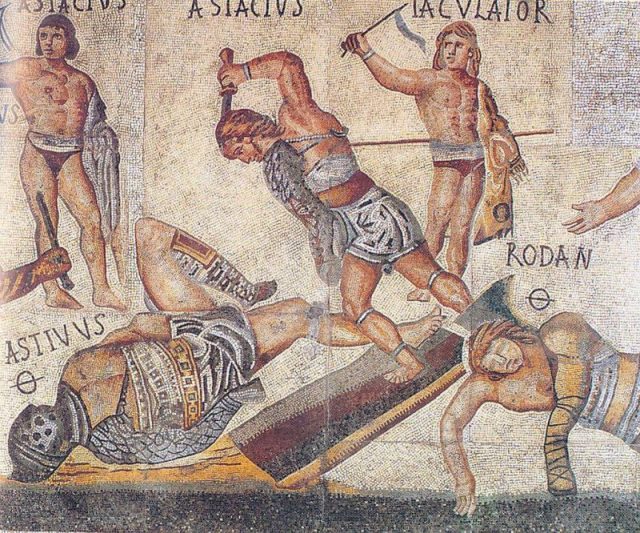 The blood of the gladiator was considered to be magical and their sweat, added in a perfume, promised to heat up things in the bedroom.

A downside was that in some societal circles, the figure of the gladiator was equivalent to that of a prostitute. The very word ‘gladiator’ was often used in a pejorative context.

After all, the Ancient Romans did have some double standards. When Emperor Caligula or Emperor Titus, made their steps into the fighting arena to confront a real gladiator, the scene was heavily moderated.

The opposing gladiators did not stand a chance to win against the emperor. They simply allowed the emperor to defeat them quite effortlessly and leave the field without a single scratch on their body.

Whatever worked to make a great show.