10,000 Torches Lit at the Tower of London to Mark WWI Armistice Centennial

One century ago, World War I ended, the devastating Great War that took the lives of some 9 million combatants and 7 million civilians.

Armistice Day, November 11th, has additional meaning this year because of the centennial, and the Tower of London is marking it with a ceremony called “Beyond the Deepening Shadow: The Tower Remembers.” The ceremony has drawn a great deal of attention.

Beginning on November 4th and ending on November 11th, the Tower’s moat area was filled with thousands of brightly lit torches to commemorate the many who died during the war. 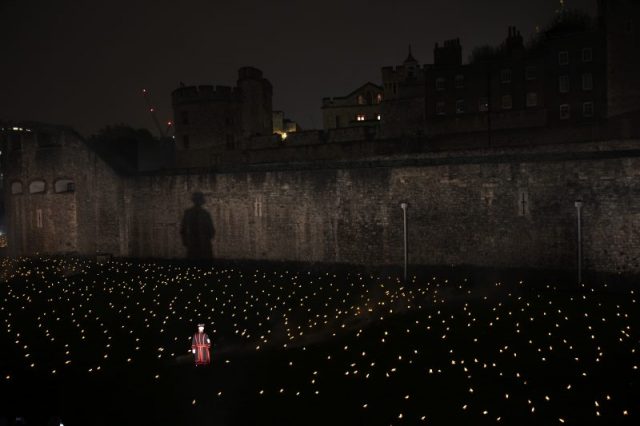 The tribute will run for eight nights, leading up to and including Armistice Day. (photo by Mike Kemp/In Pictures via Getty Images)

At the Tower this November, a ceremonial Beefeater began the ceremony by bringing a flame down from the Tower to the moat, filled with smoke. Representatives of the armed forces and volunteers used the flame to ignite around 10,000 torches that were scattered at the foot of the tower’s walls.

Tower of London officials explained in a statement, “The unfolding visual spectacle will be accompanied by a specially-commissioned sound installation; a sonic exploration of the shifting tide of political alliances, friendship, love and loss in war.” At the center of the sound installation lies a new choral work, with words from War Poet Mary Borden’s “Sonnets to a Soldier.” 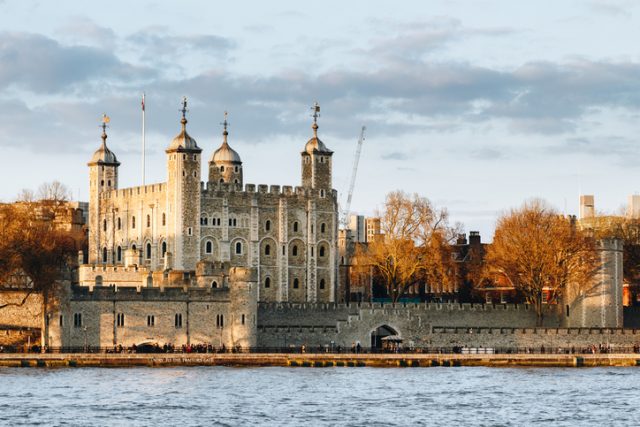 Midshipman Balraj Dhanda of the Royal Navy was among the volunteers. He told The Guardian, “I think it creates the right atmosphere for people to have their own personal reflections and gives people time with their own thoughts.”

Many remembrances and ceremonies are taking place the first week of November and leading up to November 11th.

Prime Minister Theresa May said in a speech in late October, “This will mark one of the most significant moments in our nation’s history. One hundred years after the guns fell silent on the western front, each and every one of us can pause to reflect on the immense sacrifices that were made by so many.” 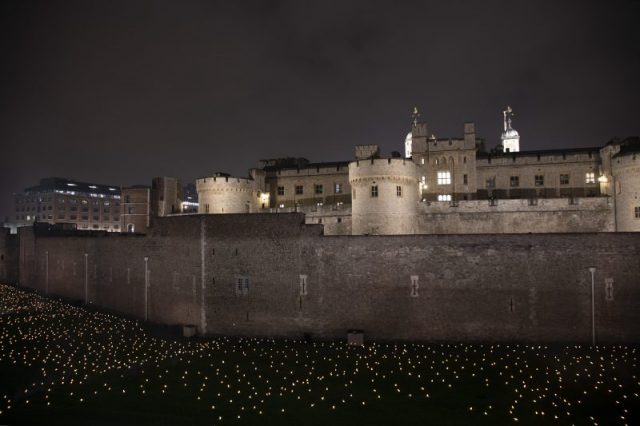 First World War Centenary Commemorarion At The Tower Of London

“The killing fields of France and Belgium are scarred by the horrors of war, but the strength and closeness of our relationship today is a testament to the journey our countries have traveled together. I’m proud to represent the immense gratitude of our nation at these commemorations and share these moments of reflection with our friends and partners in Europe.”

Throughout the United Kingdom and the Commonwealth, many people wear red poppies on Remembrance Day, recalling a line from the poem “In Flanders Fields” by the Canadian John McCrae: “In Flanders fields the poppies blow/Between the crosses, row on row.” 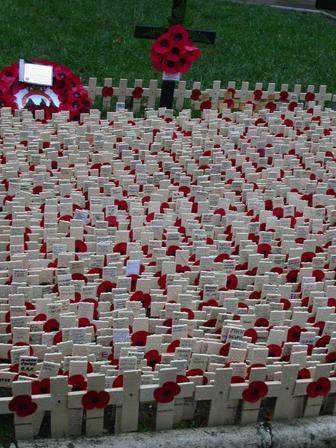 Memorials in the Field of Remembrance outside London’s Westminster Abbey for Remembrance Day, 2002

In the U.K. around 6 million men were mobilized, and of those over 700,000 were killed. That’s around 11.5 percent. France was estimated to have lost 1.14 million men, Austria-Hungary about 1 million, and Germany 1.8 million.

The nations that saw the most civilian deaths were Russia, France, Belgium, Romania, Austria-Hungary, and the Ottoman Empire.

The losses in the United States, which entered the war in 1917, were modest in comparison. Just over 100,000 soldiers died, more of them because of disease than in combat. The influenza epidemic of 1918 infected some 500,000 million people around the world.

Its end changed the economic balance of the world, leaving Europe largely in debt and the U.S. the leading industrial power. Germany’s inflation and need to pay reparations crippled the country for a time. Western colonialism began to decline, but fascism rose, leading to World War II.

Read another story from us: Family Feud – The WWI Monarchs of England, Germany, and Russia Were Cousins

Barbara Tuchman wrote in The Guns of August, her prize-winning book about World War I and its causes, “When at last it was over, the war had many diverse results and one dominant one transcending all others: disillusion.”