During the First World War, it quickly became apparent to the Allies that gasoline had to be spared as much as possible if they intend to come out victorious. Among other things that were implemented in the United States and Britain, an alternative transportation device was introduced ― the Autoped, the grandfather of modern scooter bikes.

Manufactured in by the Autoped Company of Long Island City, New York in the period between 1915 and 1921, it proved very efficient in times of gasoline rationing, when it was mostly used by couriers of the New York City Post Office. 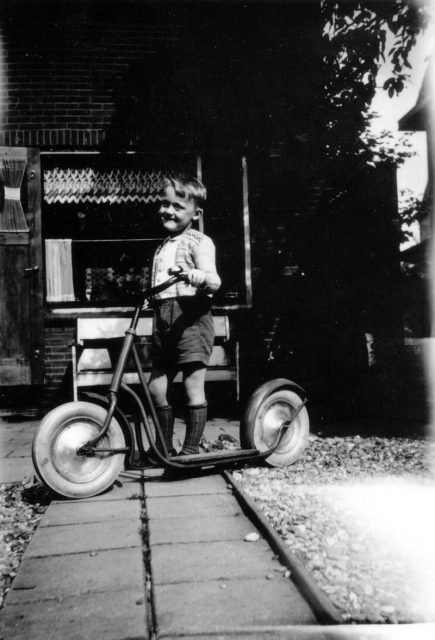 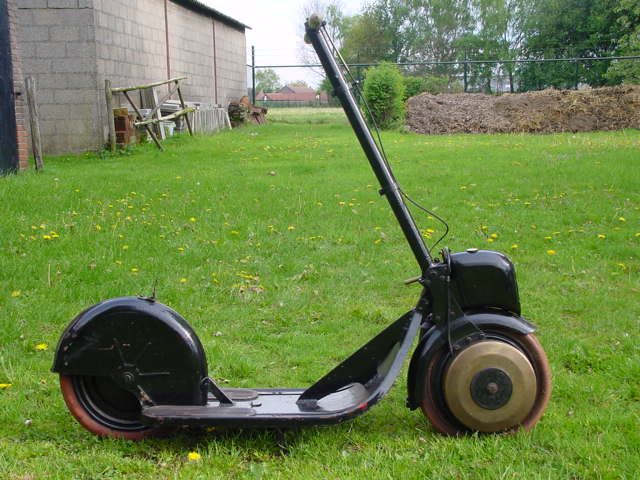 Still running on gas, but consuming much less than an automobile, the Autoped ran on an air-cooled, 4-stroke, 155 cc engine, located over the front wheel, achieving the speed of up to 20 mph (32 km/h).

The design was based on a children’s kick scooter, featuring a standing platform fitted with two 10-inch tires, using handlebars for steering.

While primarily used by the employees of the postal service for quick deliveries, the Autoped soon became popular among New York gangs, as it provided a fast means of escape from police through the crowded and narrow city streets.

While in the U.S. the Autoped was perceived by crooks and thieves as their favorite transport, in Britain it became a fashion statement with a political undertone. 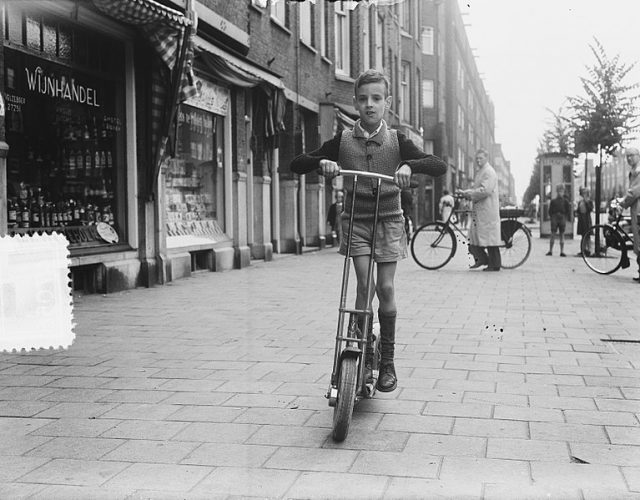 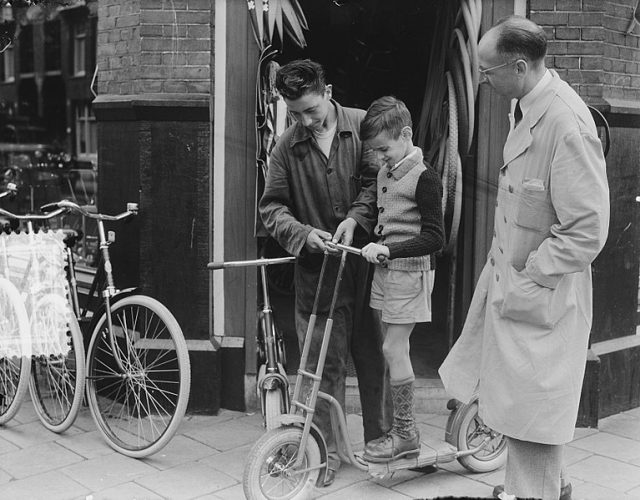 Reportedly, the first ever Autoped to arrive in Britain was purchased by Sir Henry Norman, a journalist and Liberal politician, who presented it as a gift to his wife, Florence Priscilla, in 1916.

Florence was the daughter of a prominent member of the suffragette movement, Laura McLaren, and much like her mother, she too was involved in the struggle for women’s rights.

Supported in her fight by her husband, who was an MP, she was the first woman to appear on the streets of London, casually riding her Autoped to work, challenging the strict norms of conduct present in British society of the time. 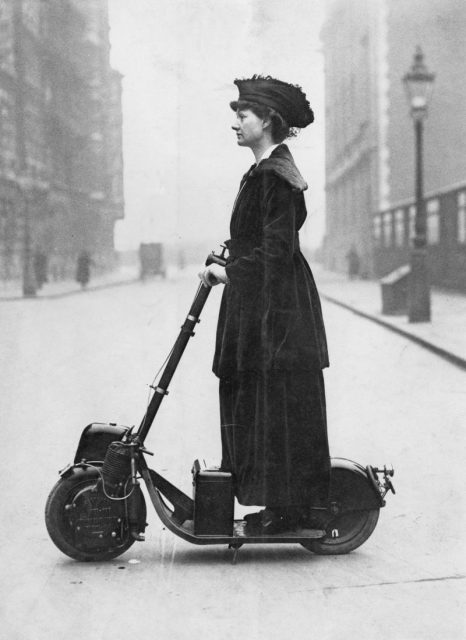 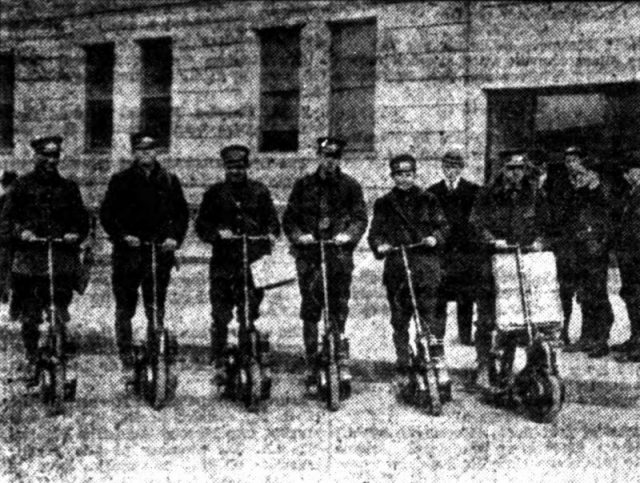 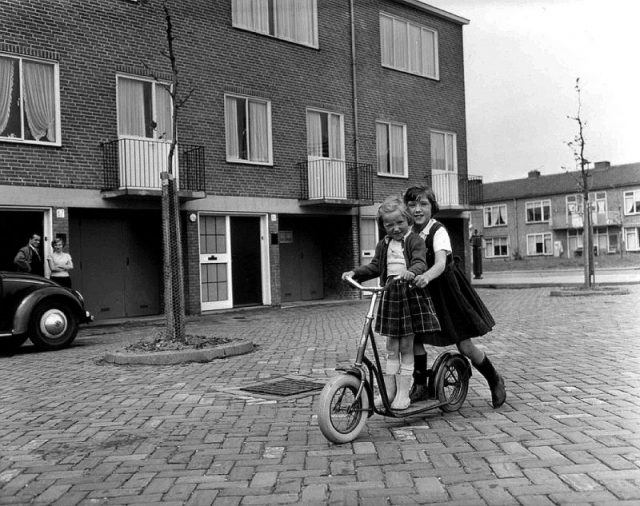 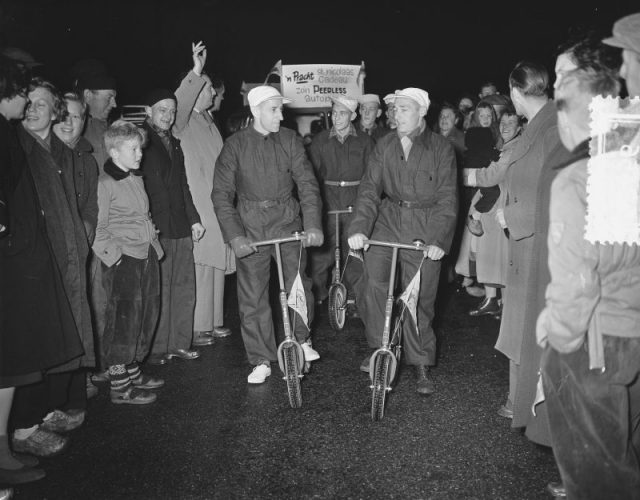 In the meantime, a number of other companies such as Krupp, ABC Motorcycles, and The Gloster Aircraft Company started producing and marketing similar designs.

Read another story from us: Queens of the Road – Vintage Women on Bicycles

Over time the Autoped became a common sight, as the models progressed to become faster, more comfortable and more stable. In the interwar period, the device was used by the armed forces as a handy vehicle for getting from A to B within vast military bases, in a matter of minutes.