In the last few months, a dig in the Þjórsárdalur Valley in Iceland has turned up a number of interesting Viking Age items, including a sandstone Thor’s hammer amulet.

This is remarkable and rare for a couple of reasons: the hammer is sandstone, which can be highly degradable, and previously only one Thor’s hammer has been found in Iceland.

Other items included a small whetstone for sharpening needles and small knives, a soapstone pot, burnt bones from meals, an ash pile and what may be the foundation stones of a longhouse. 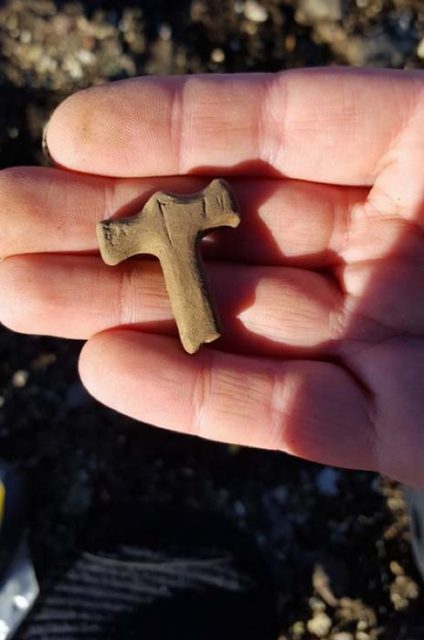 The Norsemen are larger than life in the imaginations of the public, but in many ways, they were just like us. One example of this is shown in a recent find in Iceland – an amulet of a hammer, the symbol of the Norse god Thor, who carried and wielded a supernaturally powerful hammer, Mjölnir.

Thor, the Thunder God (also the sky god and sometimes a god of fertility – along with Frey) was the son of Odin, the All-Father, chief god of Asgard, the home of the gods. 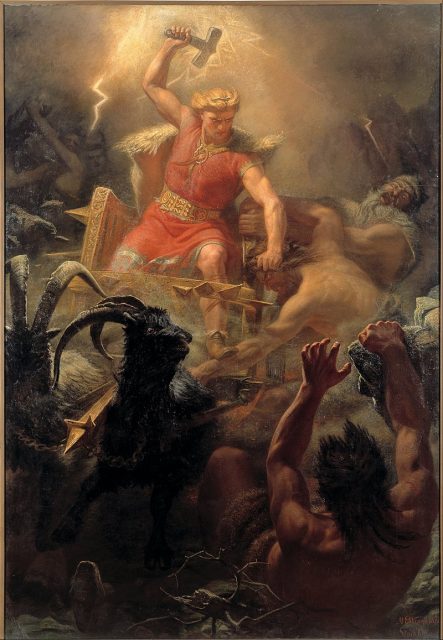 Thor’s Fight with the Giants by Mårten Eskil Winge, 1872.

Thor was prone to anger, sometimes making him the guardian of warriors (especially of the common soldier, whereas Odin many times was the chief god of the aristocracy).

His anger soon calmed, however, and he was a partier and teller of tales. Many times he went on adventures to see if there was anyone who could best him in contests of drinking and strength.

On dark cold nights in Scandinavia, contests of drinking and strength were almost all the Vikings had, so naturally, they gravitated towards Thor.

16th century depiction of Norse gods from Olaus Magnus’s A Description of the Northern Peoples; from left to right, Frigg, Thor, and Odin.

In the end-time, known as Ragnarök, Thor would battle Jörmungandr, the “World Serpent,” who encircled the globe, tail in mouth, holding it together. When Jörmungandr released his tail, the world would shake and the end times would come.

The serpent and Thor would battle, the rest of the gods would fight the giants and other creatures. They would all die and the world would end, ushering in a new golden age, ruled by Baldr, the beautiful dead son of Odin, who would come back from the dead to rule paradise. 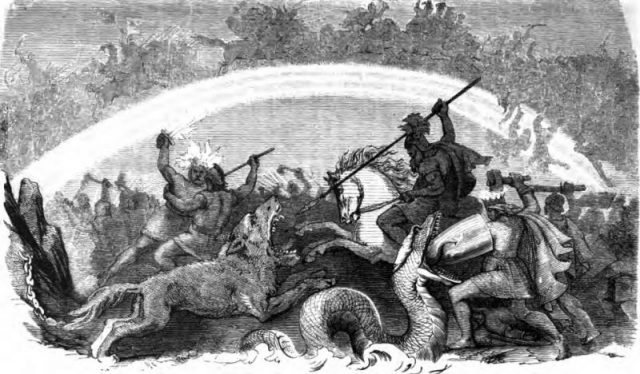 Battle of the Doomed Gods by Friedrich Wilhelm Heine, 1882.

If the end of that paragraph sounds a bit familiar to you, you’re not alone. In recent years, some historians have put forth the idea that in some areas of Scandinavia, such as Denmark, the conversion of the Northmen to Christianity was easier because it seemed clear to them that Jesus was similar to Baldr, and that the paradise of the Christians that would come with Christ’s Second Coming was much like the end of the Ragnarök story.

Sweden experienced some conflict in its conversion period, but on the whole, it was relatively peaceful. Still, in Norway, the last stronghold of Norse paganism, the conversion to Christianity was marked by bloodshed and oppression.

The conversion of Iceland to Christianity is also pointed to as an example of a largely peaceful conversion. Still, it is believed that in Iceland, the wearing of Thor’s hammers is believed to have been a response to the growing influence of Christianity and the Christian habit of wearing the Cross.

The wearing of the hammer showed other like-minded pagans they were not alone in clinging to the old beliefs, and it can be assumed that it was a small act of defiance against the growing influence of a foreign belief system. 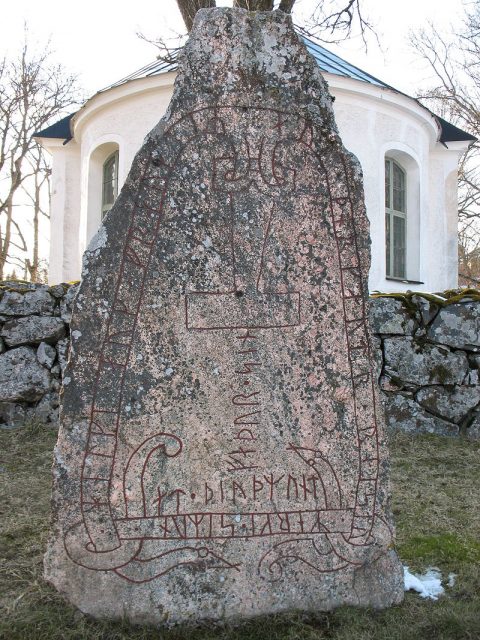 The Stenkvista runestone in Södermanland, Sweden, shows Thor’s hammer instead of a cross. Photo by Berig CC BY-SA 4.0

In most of Scandinavia, hammers “belonging” to the Norse god of thunder have been found, and it is believed that they were worn for a variety of reasons, just like religious symbols are worn today.

The adherents of all of the major religions of the world, and many of the smaller ones, display symbols of their beliefs. So did the Vikings – in that way they are not much different than people today.