The Oldest Cheese in Recorded History Found in an Egyptian Tomb

No one is saying, “Bon appetit,” but it’s a discovery that is newsworthy, to say the least. The oldest solid cheese known to humanity was discovered in an ancient Egyptian tomb.

Several years ago, scientists identified a “solidified whitish mass” in a collection of jars in the tomb of Ptahmes, the mayor of the ancient city of Memphis in the 13th century B.C.

Cheese had never before been found in Ancient Egypt. Tests recently confirmed that it was cheese, made from a mixture of cow milk and either sheep or goat milk. 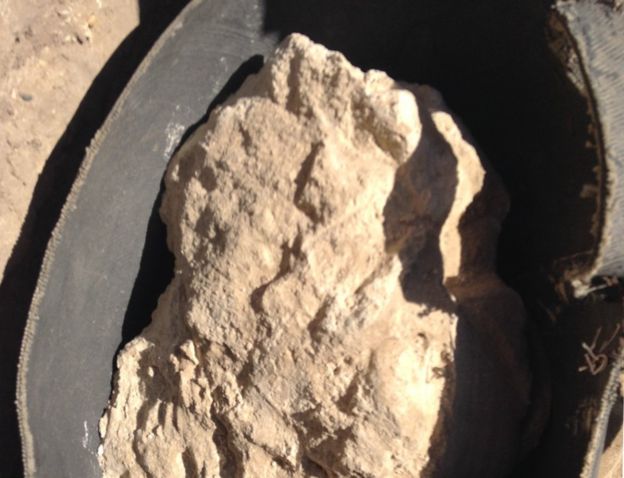 Photo by University of Catania and Cairo University

This ancient cheese would have had a “really, really acidy bite,” cheese historian and chemistry professor Paul Kindstedt told the New York Times.

It was amazing to the researchers that the cheese lasted so long.

“The interactions for thousands of years with the strong alkaline environment of the incorporating soil rich in sodium carbonate and the desert conditions did not prevent the identification of specific peptide markers which showed high stability under these stressing conditions,” said study author Viale A. Doria of the Department of Chemical Sciences, University of Catania, Italy. 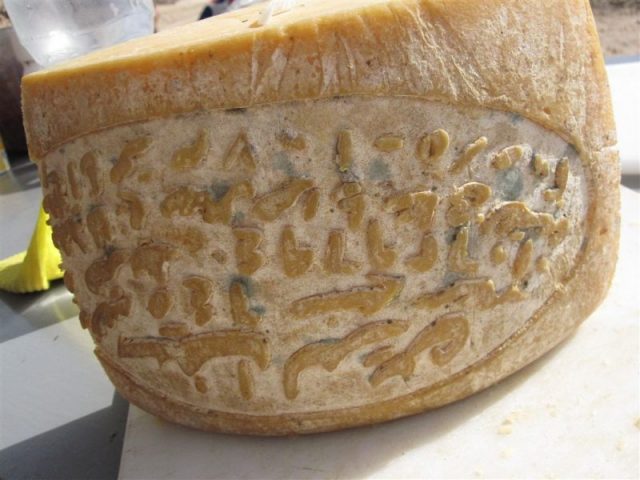 The cheese might have posed a danger in the ancient world, interestingly.

“Other peptides in the food sample suggest it was contaminated with Brucella melitensis, a bacterium that causes brucellosis,” the researchers said. “This potentially deadly disease spreads from animals to people, typically from eating unpasteurized dairy product.” 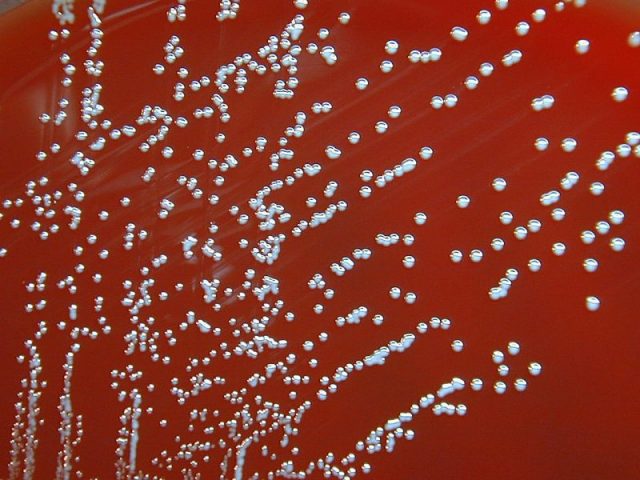 Brucellosis comes from consuming unpasteurized dairy products and it is still a problem today. Symptoms are fever, sweating and muscle aches.

Chemist Enrico Greco says he did not sniff the cheese but given its degraded state it is unlikely to have an odor, pleasant or not, according to Live Science.

The burial site, at the Saqqara necropolis near Cairo, was dug up in 1885. But, after being lost, it was rediscovered in 2010. 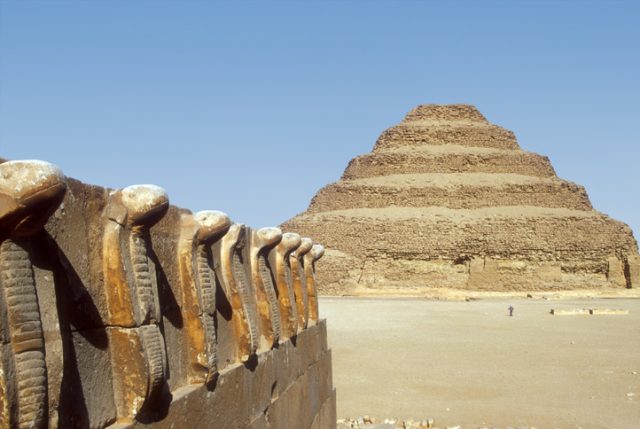 The oldest standing step pyramid in Egypt,designed by Imhotep for King Djoser, located in Saqqara, an ancient burial ground at 20 miles south of modern-day Cairo.

Many discoveries have been made in the last year in ancient Egypt, including the fact that embalming took place much earlier than researchers realized.

A prehistoric mummy found near the banks of the Nile holds the key to understanding the “recipe.” The mummy is dated to about 5,600 years ago, but the ingredients used to preserve it were also employed much more recently in the history of Egypt.

The continuity in the mummification recipe means that it must have been invented in the distant past.

The ancients mixed plant oil, heated resin from conifers, a plant gum or sugar, and an aromatic plant extract into a sticky paste that was then spread on the fabric wrappings. It seems that antibacterial properties seeped through the textiles to prevent decay.

University of York archaeologist Stephen Buckley said to the BBC, “Until now, we’ve not had a prehistoric mummy that has actually demonstrated — so perfectly through the chemistry — the origins of what would become the iconic mummification that we know all about.” 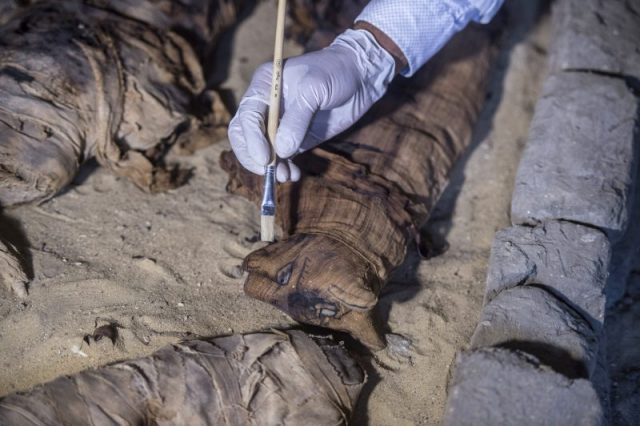 An Egyptian archaeologist cleans mummified cats during the demonstration of a new discovery made by an Egyptian archaeological mission through excavation work at an area located on the stony edge of King Userkaf pyramid complex in Saqqara Necropolis, south of the capital Cairo, on November 10, 2018. Photo credit KHALED DESOUKI/AFP/Getty Images

An Egyptian archaeological mission recently discovered the cat mummies in seven ancient tombs that are believed to be 6,000 years old, at a site in a pyramid complex in Saqqara, south of Cairo.

Three of the tombs were devoted to the cats, which held a special place in ancient Egypt and were mummified as religious offerings.

Besides the cat mummies, the scientists found 100 wooden and gilded statues of cats and one in bronze dedicated to the cat goddess Bastet.

Read another story from us: The Oldest Weapons Ever Used by Humans in North America Found in Texas

Cats were respected for their ability to kill poisonous snakes and were believed to have protected the pharaohs since the time of at least the First Dynasty.