T-Rex of the Ocean – Fossils of Giant ‘Sea Monster’ Found

When scientists’ efforts enable people to see what the planet was like millions of years ago, it’s always a thrill. But the revelation of sea monsters prowling the oceans in what is now Angola holds a special place.

There was a time when the West African country was part of the South Atlantic Ocean Basin, and Africa and South America were one contiguous land mass. That’s when giant reptiles were the norm.

What did mosasaurs look like? Part lizard and part orca — and 50 feet long. Scientists believe this school-bus-size reptile had scales and a tail fin like a shark’s. Plus three-inch-long teeth.

“The mosasaurs were the marine equivalent of the tyrannosaurs on land,” according to NPR. 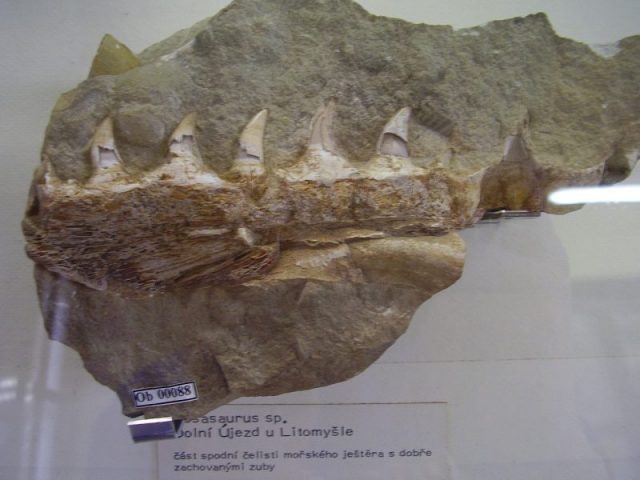 The fossils of the mosasaurus were found by scientists in the rocky cliffs of Angola, overlooking the Atlantic.

Paleontologist Louis Jacobs of Southern Methodist University in Dallas, who has been digging in Angola since 2005, was fascinated by the fossils found.

“You have an ocean where you didn’t have one before,” Jacobs told NPR, “and now you have fossils of these marine monsters that are found there. So why did that happen? And why is it them that are there?” 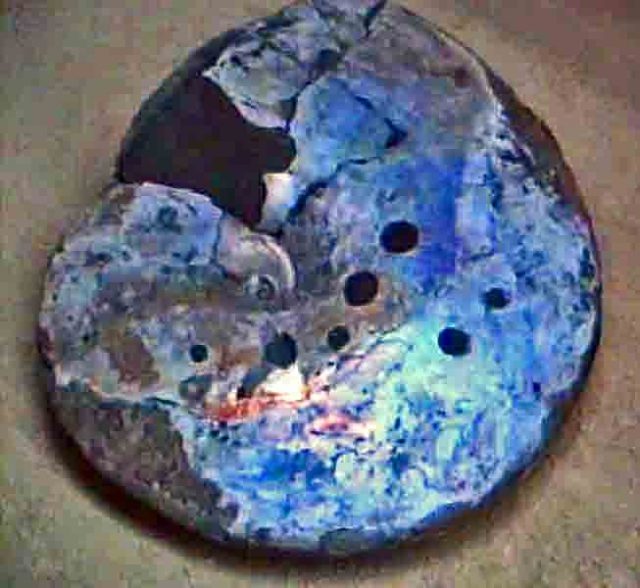 The work done in Angola has enabled the Smithsonian in Washington, D.C. to put together a new exhibit, “Sea Monsters Unearthed.” 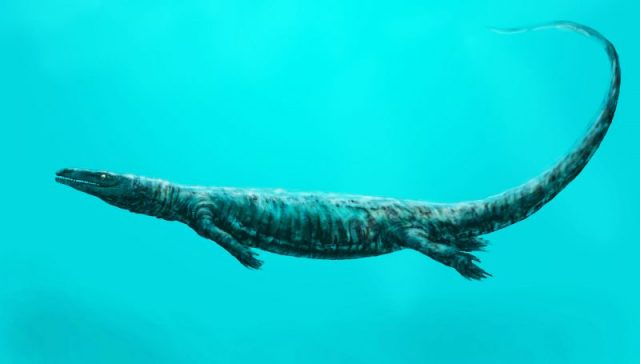 Another mosasaur shown in the exhibit is the Globidens phosphaticus, which had teeth perfect for crunching through hard-shell oysters.

Scientists have determined that the shallow coastal shelf off Angola was once “a giant oyster buffet.” 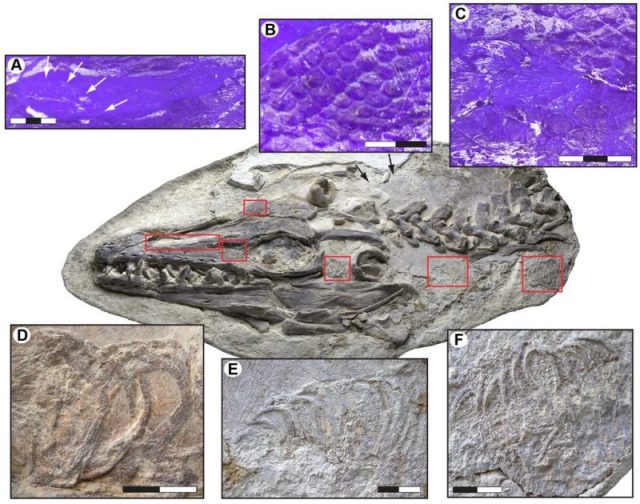 Soft tissues in the head and neck of Platecarpus tympaniticus specimen LACM 128319. Tracheal rings are shown in the bottom three photographs. Photo by PLoS ONE CC BY 2.5

“The way the mosasaurs move is like lizards,” Jacobs said in the interview. “Their bodies flex a lot from side to side.”

Not only would the mosasaur have scared any human being out of their mind if by time-travel means there was an encounter, the creatures were a distinct danger to one another.

One fossilized mosasaur contained the partial remains of three other mosasaurs in its stomach, researchers reported at a meeting of the Geological Society of America in 2013. 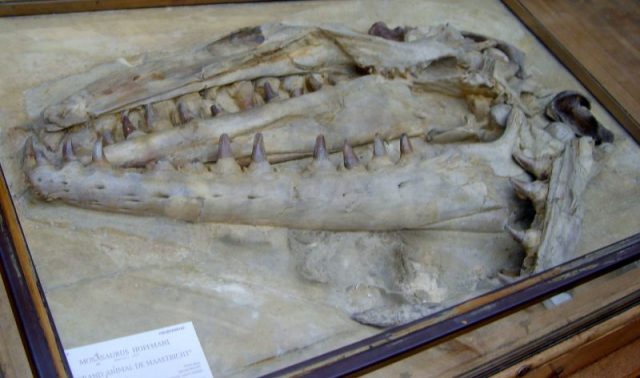 The Mosasaurus hoffmannii skull found in Maastricht between 1770 and 1774. Photo by FunkMonk CC BY-SA 3.0

Finding the fossils was quite a discovery.

“Because of our planet’s ever-shifting geology, Angola’s coastal cliffs contain the fossil remains of marine creatures from the prehistoric South Atlantic,” said Kirk Johnson, Sant Director of the Smithsonian. “We are honored by the generosity of the Angolan people for sharing a window into this part of the Earth’s unfolding story with our visitors.”

What made excavations in Angola a somewhat tricky prospect was the civil war that began in 1975 after the country broke away from Portugal and continued, with some interludes, until 2002. Three warring factions sought power.

Read another story from us: New Evidence Found of a Hideous “Sea Monster” that England’s Kings Loved to Eat

Louis Jacobs of SMU said, “Fossils tell us about the life that once lived on Earth, and how the environments that came before us evolve over time. Our planet has been running natural experiments on what shapes environments, and thereby life, for millions of years. If it weren’t for the fossil record, we wouldn’t understand what drives the story of life on our planet.”