The French Revolution was still a generation away when Jeanne-Antoinette Poisson caught the roving eye of King Louis XV — the French monarch who was known as much for his womanizing as for his melancholy.

Jeanne-Antionette, better known by the royal title of Madame de Pompadour, would spend her adult life devoted to the king. In return, he not only made her his chief official mistress but would bestow on her the prime ministerial powers of the French court, albeit very unofficially. 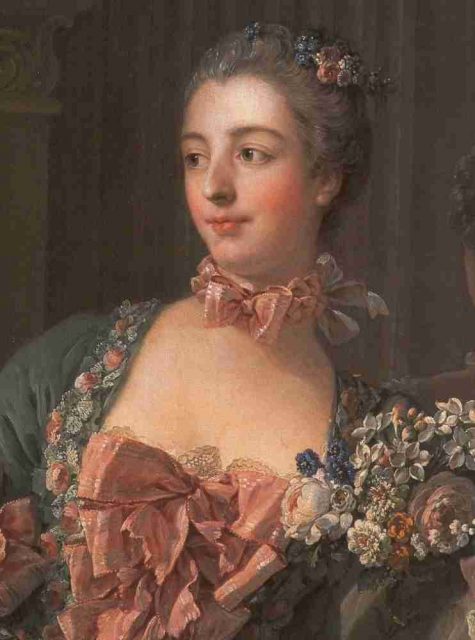 Born the daughter of a disgraced financier, Jeanne-Antoinette may have faded into bourgeois obscurity were it not for the prediction of a fortune teller when she was nine years old.

According to this fortune teller, Jeanne was destined to win the heart of the king and Jeanne’s mother, being the superstitious type, made it her mission to ensure that Jeanne received a full education and was given extra lessons in the theatrical arts, dancing, and etiquette. 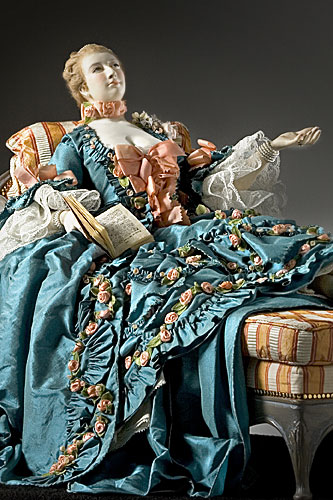 Since Jeanne’s father was living in exile in Germany, these lessons were funded by Charles Lenormand de Tournehem, a man who is very much believed to be Jeanne’s biological father.

By the age of 16, Jeanne was as cultured and as beautiful as any of her upper-class peers, even if she did not have the title to back it up. She gained access to many the best salons in Paris and charmed Parisian high society. 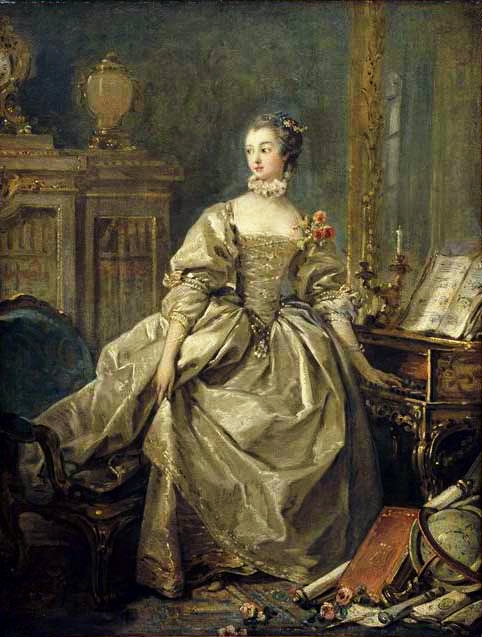 Charles Lenormand de Tournehem, her benefactor, arranged for Jeanne a marriage of convenience to his nephew and gave the newlyweds a chateau situated near the king’s newly acquired hunting lodge.

It seemed that the fortune teller’s prediction was to come true because when Jeanne was introduced to the king through the subtle networks of Paris society, Louis XV was immediately smitten and had Jeanne moved to an apartment above his bedroom at the palace within the month. 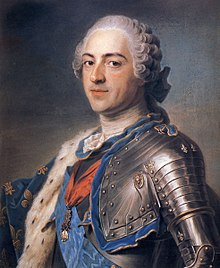 Jeanne separated from her husband and was introduced to court as Madame de Pompadour in September 1745.

From then on, Madame de Pompadour made it her life’s work to ensure the king was kept happy and always in the palm of her hand.

Pompadour used the royal coffers to host entertainments for King Louis, ensuring that he was always stimulated by new and exciting theatre displays and grand banquets, where the king himself would serve coffee to the guests. 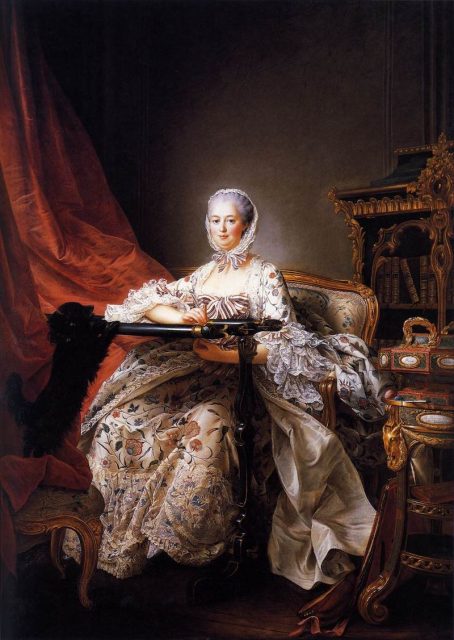 Pompadour also controlled the flow of women who shared the king’s bed, making sure that he was satisfied but that no woman threatened her place in his affections.

As Pompadour got older, the king’s interest in her as a lover waned but their friendship continued to blossom, and the king relied on Pompadour for governmental decisions. As the New York Times reports: “Courtiers and foreign diplomats flocked to her toilette, seeking to curry favor with the king. She oversaw appointments and monitored military activity, sending heckling letters to generals on the battlefield.” 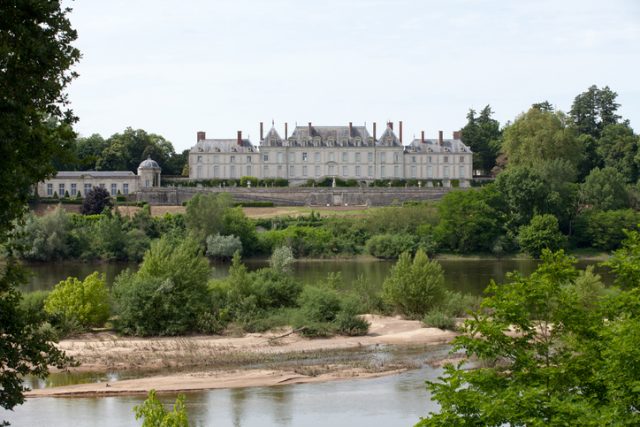 Pompadour did much to champion the arts and sat for many of the famous artists of her day. She was also a leading supporter of enlightened thinkers such as Voltaire.

Pompadour also went against the Catholic church by supporting the creation of the first French encyclopedia, and once again in her protection of the Physiocrats, a group of French Enlightenment economists who would go on to inspire Adam Smith. 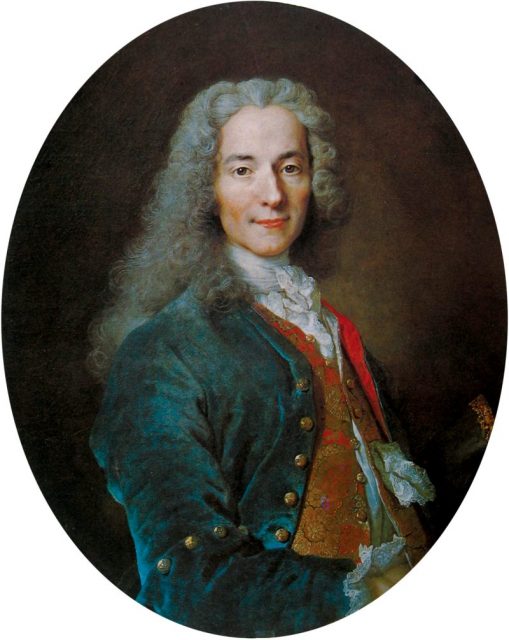 The Madame also had a keen architectural eye and oversaw the refurbishment of the chateaus Fontainebleau, Trianon, Choisy, and Compiègne, while her Paris mansion is now the Palais d’Élysée, the official residence of the French president.

While Madame de Pompadour did much to champion the Enlightenment, she was less proficient in the affairs of state. 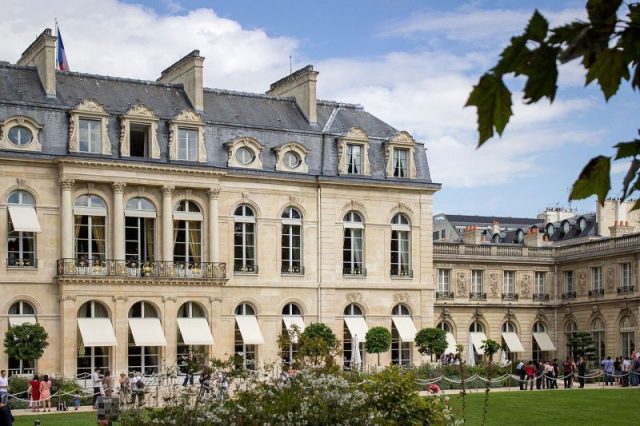 The Élysée Palace seen garden side. Photo by vostok 91 CC BY SA 2.0

This did not stop her from meddling, as one commentator, the Comte d’Argenson, is famously quoted as saying: ”The mistress is prime minister, and is becoming more and more despotic, such as a favorite has never been in France.”

Under her guidance, Louis XV ended the long-standing peace treaty with Prussia in favor of Austria, leading to France’s defeat in the Seven Years War.

By the end of the war, France was bankrupt and defeated, and while Louis XV had lost the respect of his subjects, Madame de Pompadour was utterly reviled.

Madame de Pompadour passed away at the age of 42 after a short illness. Much of France did not mourn her passing, but the king and many of her society friends were devastated.

Read another story from us: The Peculiar Facial Deformity Caused by Years of Royal Inbreeding

Voltaire wrote of his grief, “It seems absurd that while an ancient pen-pusher, hardly able to walk, should still be alive, a beautiful woman, in the midst of a splendid career, should die at the age of 42.”