Photographer Recreates Portraits of Seven Generations of her Female Ancestors

“Seven generations of American Women” is a photographic project of Los Angeles based photographer Christine McConnell.

She has recreated the portraits of her maternal family line spanning almost 200 years, starting from her great-great-great grandmother who was born in 1821.

In her new project, she pays tribute to the women of her family and at the same offers a glimpse into bygone times of American culture. 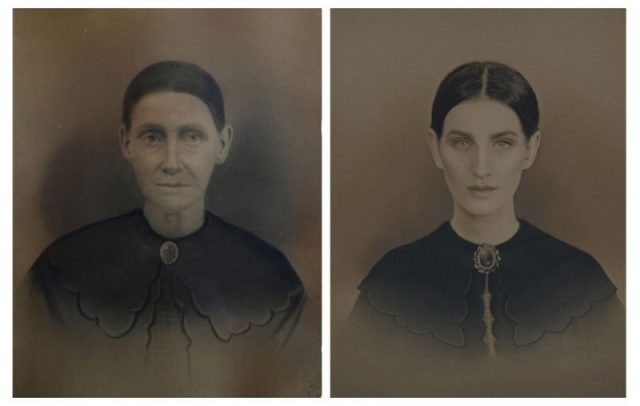 “I grew up in a spooky old house filled with pictures,” Christina writes for Bored Panda. “However, there was always one that stood out to me. It was of an older woman, hair parted harshly down the middle and a blank tired expression on her face. Initially, I found it creepy, but as I got older, I began to see similarities between her face and mine.”

McConnell and her great-great-grandmother Jane (1858) 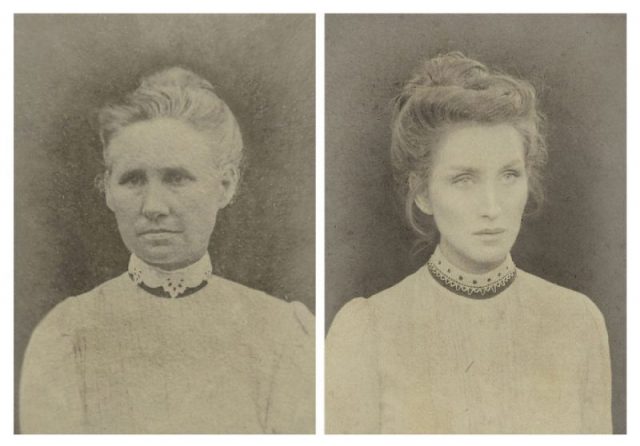 McConnell was always fascinated by the old photographs hanging around her home. The idea for her project came when her mother gave her a dress that she had kept for over twenty-five years — the same dress that her mother wore in a photograph that hung in the stairwell of their family home.

McConnell and her great-grandmother Attie Mae (1898) and me 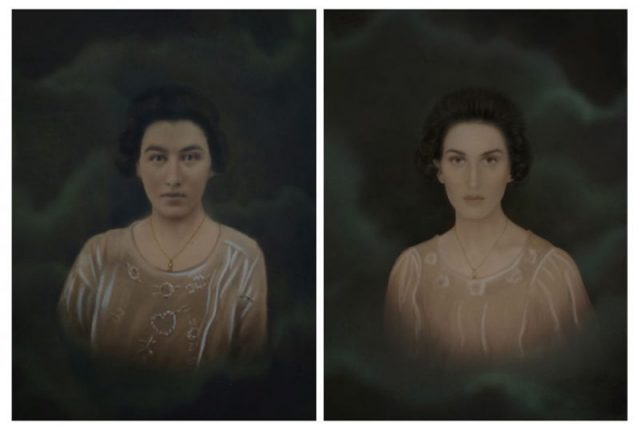 Christine tried it on and the dress fit perfectly. Christine was 32-years-old at the time, the same age as her mother was at the time the photograph was taken. Christine therefore decided to recreate a photograph that was so near and dear to her.

McConnell and her grandmother Mildred (1928) 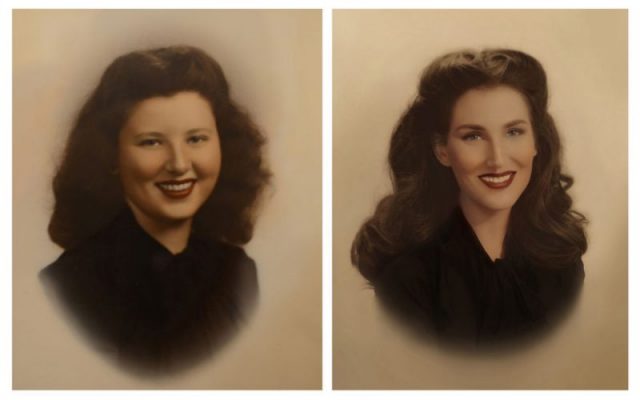 The idea developed into the full-blown photography project that “Seven generations of American Women” is. She collected the old photographs from her mother’s scrapbook. With the photos came the stories of her female ancestors, their birthdates and names.

The whole project took quite a few weeks. Christine has tried to emulate the original lighting in the best possible way and had to sew clothing that resembled the ones in the old portraits. At the end of the project, she was amazed by the similarities she had found running through her bloodline. She recognized something of herself in every one of her ancestors. 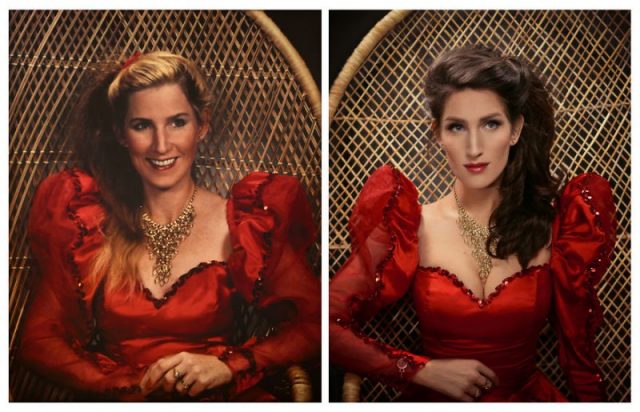 Beside this project, McConnell has become Instagram famous for her “horror housewife” themed photography and her renaissance style.

Her trademark is recreating fantasy worlds, for example, Shrek’s Gingerbread man or a date scene with Jason from Friday the 13th.

She also photographs everyday scenes, such as cooking and dishwashing, with a certain gothic flair and turns the usual into unusual. 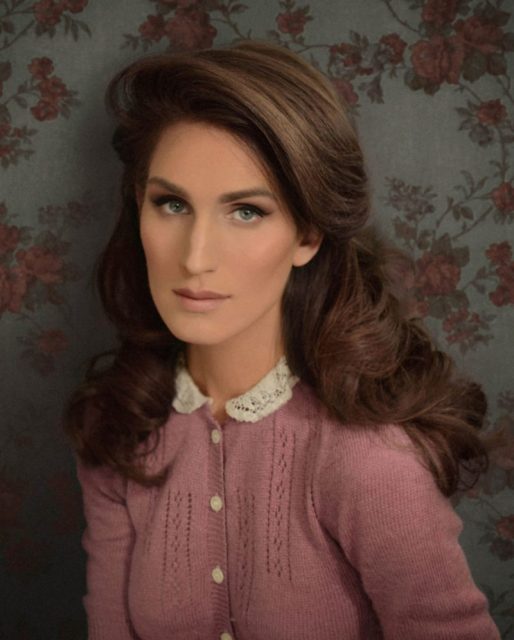 She combines the 1950s housewife and pin-up aesthetic with weirdness and wonder. The best part of it all, she is a one-man band.

All her sets are made by herself, she creates her outfits, does her makeup, takes the photographs, and has exquisite editing skills as a cherry on the top.

Read another story from us: A daughter finds a treasure trove of 30,000 haunting photographs of life in Leningrad from the 1960s to the 1990s

This talented artist does a great job at capturing the vintage portraiture style and offers us a curious time-travel through her latest project.