The Creepiest ‘Ghost’ Picture People are Still Arguing About

It wasn’t long ago that taking a photograph was a more specialized business. When those images were finally developed in a lab the snapper would notice mistakes, such as a thumb over the lens or blurred focus. Things they would have spotted quickly using an iPhone.

The potential for mystery in old photos was also far greater. A picture from a wedding that took place in Paisley, Scotland in 1972 is a case in point. At first glance, everything seems normal. But what is that behind the older gentleman’s leg? And just what is going on by his partner’s gloved hand?

This was the mystery posed in later years by an anxious guest, who can be seen on the left. As written on the Science of Ghosts blog in 2009, he described something called a “spirit extra.” 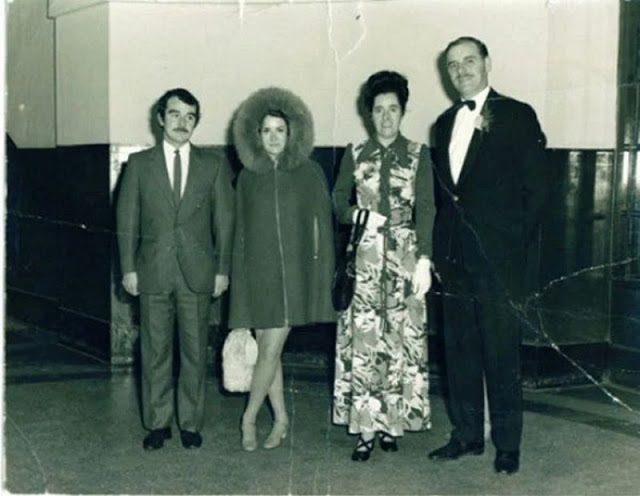 A picture from a wedding which took place in Paisley, Scotland in 1972

There doesn’t appear to be an official definition of what this term means, though the meaning seems self-explanatory.

In case the evidence isn’t speaking for itself, he refers to what looks like someone’s legs and feet behind those of the right-hand guest. Tougher to make out is a partial face peeking out next to the white glove.

Much has been made out of the fact that once it’s seen, the eye and its eerie stare cannot be forgotten. Arguably stranger is the impression given that the ghostly feet are sporting open-toed sandals!

The puzzled poster revealed the professional wedding snapper “could not explain the photo. As far as he was aware no one was behind the man when the photo was taken and no one was there when we moved away. He said it would be impossible for anyone to crouch behind without the person being aware of their presence.”

There are theories of trickery although some believe it’s real

Numerous suggestions have been made as to how the freakish image came about. These range from modern day Photoshop to a hiding child. Some believe what appears to be a face is actually an object, such as a watch.

Nevertheless, the idea this could be a supernatural occurrence is a powerful one. According to the Occult Museum website, “The picture was examined by a police photographer who confirmed that the photo was genuine and had not been faked.” 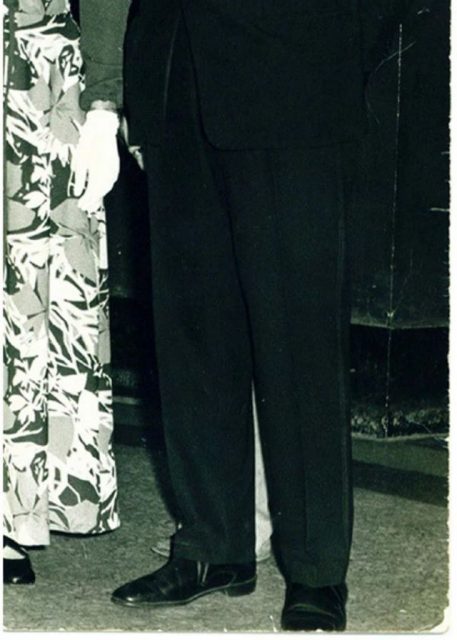 On a more questionable note, the man on the left mentions a medium from Glasgow who “predicted that I would receive such a photo. Another well-known Glasgow medium was able to tell me without seeing the photo that it contained a ‘spirit extra’. A visiting medium from England, was able to tell me the reference number written on the back of the photo, again without seeing it.”

As with all such mysteries the truth may never be discovered. Yet this example of the ultimate wedding crasher is not isolated.

The spirit of a child

In 2015 an American couple were unnerved in a 21st-century sense when they spotted a smiling face wedged between them after uploading their wedding day snaps to Facebook.

Quoted by Mirror Online, groom Kevin Denis said “Her (bride Christina’s) sister said it might be her but that face looks absolutely nothing even close to it. That face looks like a baby face in my opinion.”

Photoshop was employed in a more helpful way when a Reddit user edited out the unexpected guest, who had been compared to Gollum from The Lord Of The Rings. 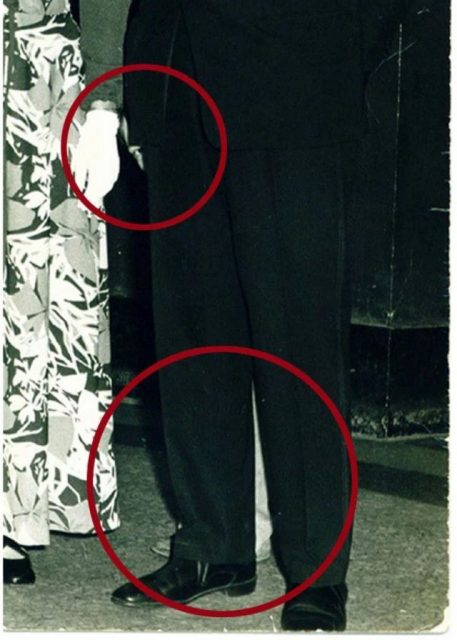 Back in Scotland, photographic terror of a more serious kind happened during a hen party at Loch Eck earlier this year.

To the ladies’ shock, their group picture had an unwanted addition in the form of a small boy. He could have been a local lad who scurried out to crouch by the log down there. But the area has a local legend about a child’s drowning, which provided a chilling context.

The Scottish Sun reports, “He is referred to as ‘The Blue Boy’ as that was the color of the lad when they pulled his body out of the water… The legend claims that the ghost of the boy still haunts The Coylet Hotel, where he was staying with his mother before his untimely demise.”

Whether captured by traditional equipment or the fastest smartphones, these images show people are still willing to believe in a ghostly world beyond our own.

Some skeptics aren’t buying it 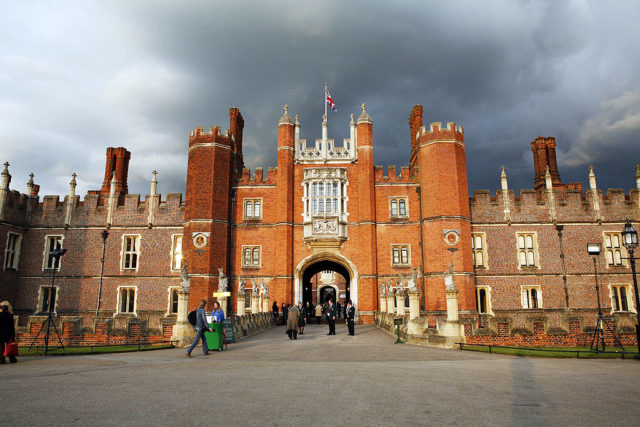 There are, however, people who remain skeptical of all these claims of “ghosts” caught on film. Michael Pritchard, director-general of the Royal Photographic Society in Bristol, UK, spoke with BBC about the evolution of spirit photography after a supposed sighting at Hampton Court Palace in London in 2015. The image, shot with an iPhone by a 12-year-old visitor, showed a cloaked figure which hadn’t been visible to the naked eye.

“I am a [skeptic] from the perspective of a photographer and as someone who doesn’t believe in ghosts… there’s not a lot out there that can’t be attributed to some sort of photographic technique,” he said.

More from us:  The Woman who Fell in Love and Married a Ghost

Despite our knowledge of the potential for trickery in photos, many of us are keen to believe that spirits can be captured on camera. A 2013 pool from Harris showed that 42% of Americans believe in ghosts, while a 2014 YouGov poll revealed that 39% of UK citizens believe that houses can be haunted by the spirits of the dead.