Moonshine has a history that predates prohibition by a long stretch, having roots as far back as the American Revolution, or just a little while afterward.

When the fledgling nation was trying to pay for the war it had just finished and the costs involved in founding a new country, the government did the thing that made the most sense to raise some capital. It levied a tax on something that a lot of people wanted and used — alcohol. 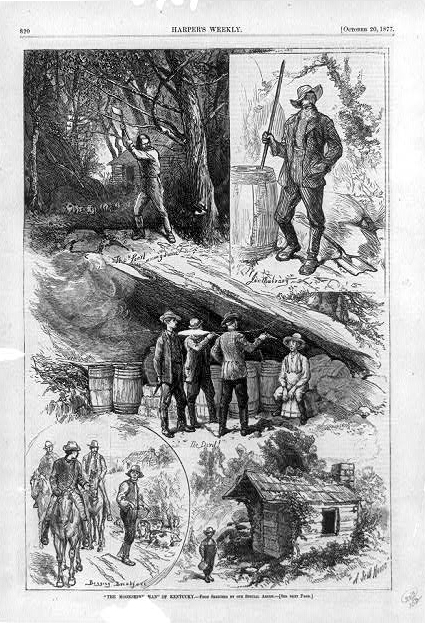 Some families may have just made a little, for home use or trade, but there were others who made grain alcohol their cash crop and used it to sell or trade for necessities.

The government levied the excise tax against alcohol as a means of servicing the national debt and also as a means of demonstrating the power of the new federal government. 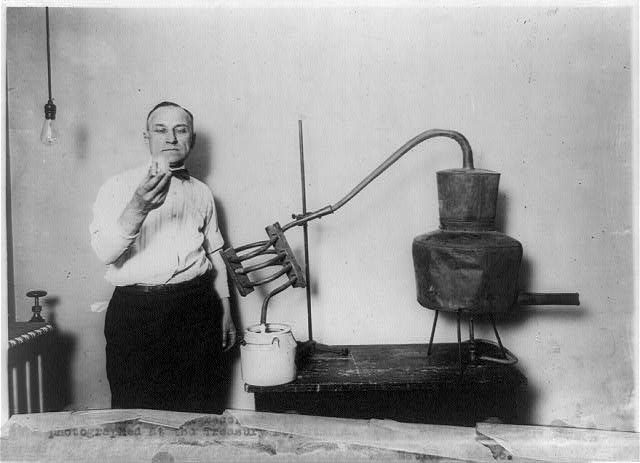 Moonshining continued to grow, particularly in the South, in parts of Kentucky, Virginia, and the Carolinas. By the time Prohibition rolled around and demand skyrocketed, the Southern states were the predominant producers of illegal alcohol.

Most operations were in remote places such as meadows or woods where they might better avoid being noticed. Moonshiners were often sought after by law enforcement. The people who were part of an illegal distillery were well aware that they might have to run at moment’s notice to evade capture.

To help give themselves some extra time when fleeing on foot, some moonshiners came up with an unusual way of camouflaging their tracks and throwing pursuit off the trail — cow shoes. 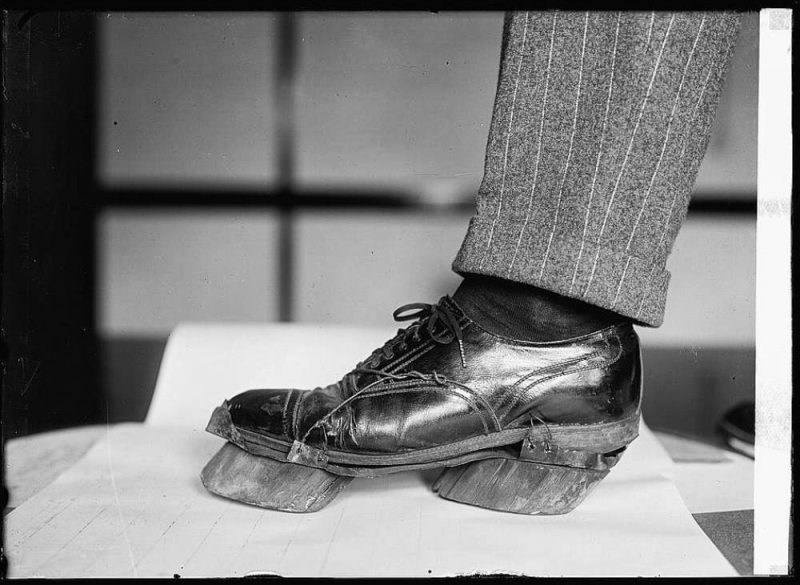 The May 27, 1922 issue of The Evening Independent, a Florida newspaper, explains this creative method of avoiding detection:

“The cow shoe is a strip of metal to which is tacked a wooden block carved to resemble the hoof of a cow, which may be strapped to a human foot. A man shod with a pair of them would leave a trail resembling that of a cow.” 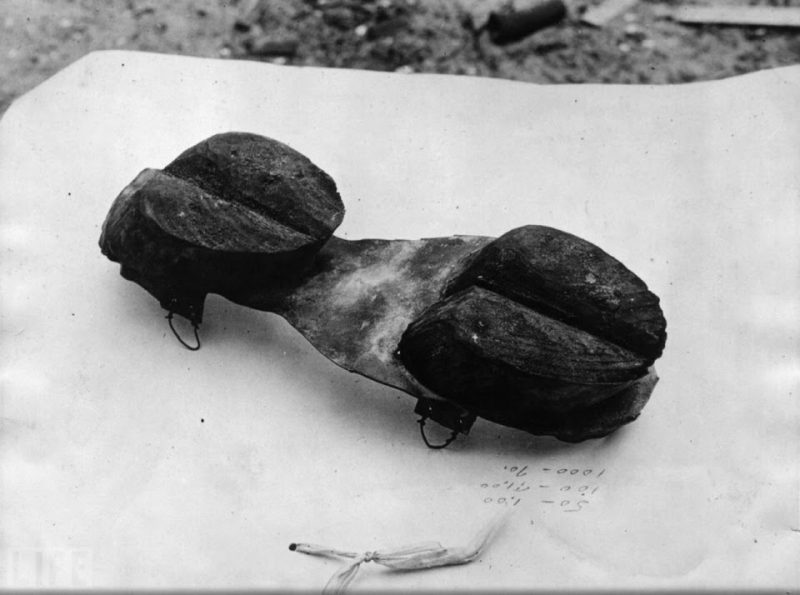 A shoe made from cow hoofs used by moonshiners during Prohibition in the United States of America to evade customs officials. Photo by Hulton Archive/Getty Images

The idea was that if police found human footprints in areas where people don’t generally go, that was a clear indicator of something unusual and worth investigating, which could possibly lead to the discovery of an illegal still.

If the only prints around were those of an animal such as a horse or cow, those would seem unremarkable and not worth following. It goes without saying, however, that after the Evening Independent ran its article, law enforcement and tax men were on to the trick, and it became much less effective. 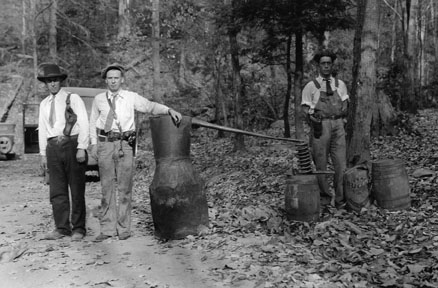 Luckily for the folks in cow shoes, Prohibition didn’t last all that long. The 18th Amendment had a series of very unfortunate side effects, even aside from the invention of bizarre footwear.

Among other issues, it paved the way for the explosive growth of organized crime, as criminal organizations took advantage of the new structures to make outrageous profits by bringing alcohol into urban areas and selling it at substantial markups.

Other problems related to establishing Prohibition included things like the loss of legitimate jobs in the brewing and distilling industry as well as jobs that related to it — barrel-makers, hospitality, glass workers, and truckers, to name a few. It also cost the government tax revenue that had been previously generated by legitimate sales of alcoholic beverages

Read another story from us: The 5 Craziest Stories from the Prohibition Era

Those and other concerns finally led to Prohibition’s repeal, with the 21st Amendment in 1933, when it became obvious that the country’s noble experiment was an utter failure.