Many people grew up reading Charlie and the Chocolate Factory, James and the Giant Peach, Matilda, The Gremlins, or The BFG, perhaps not realizing that they are all product of the astonishing imagination of one man – Roald Dahl. He wrote short stories, poems, and screenplays as well. He was also a fighter pilot and a medical inventor.

Born in Wales to Norwegian parents, Dahl was named after the great Norwegian explorer Roald Amundsen.

At the age of 17, he started working for the Shell Oil Company but with the outbreak of the WWII, Dahl joined the Royal Air Force. 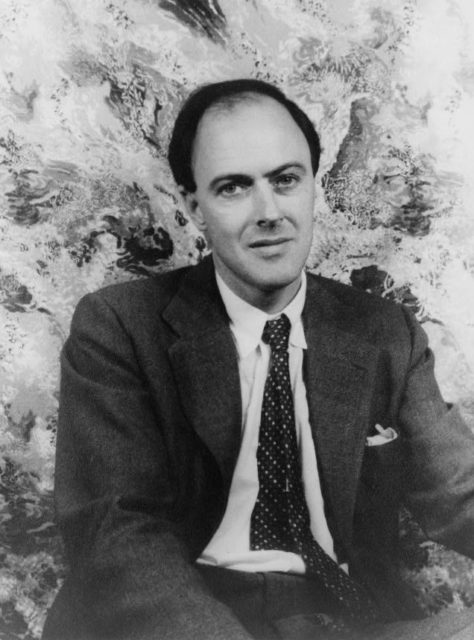 In 1940 he survived a plane crash in Libya’s Western Desert, suffering severe injuries that caused him to spend six months in a hospital. Upon his release, Dahl experienced headaches as an aftereffect of the crash and was sent home to Britain.

In 1942, aged 25, he joined the British Embassy in Washington D.C. as an assistant air attaché.

There, he became a spy working in an MI6 division alongside Ian Fleming. Many years later, Dahl went on to write the screenplays for the adaptations of Fleming’s novels You Only Live Twice and Chitty Chitty Bang Bang. 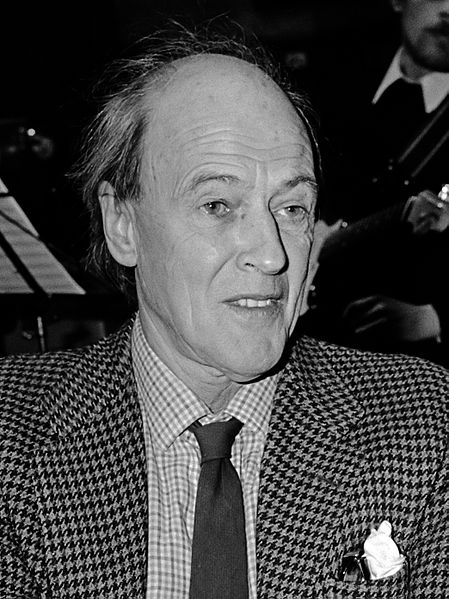 During that time, Dahl also met the British novelist C.S. Forester, who invited Dahl to lunch and told him: “I have come to you because I think you might have a good story to tell. About flying.”

Later, Dahl said that those words encouraged him to write and changed his life forever. 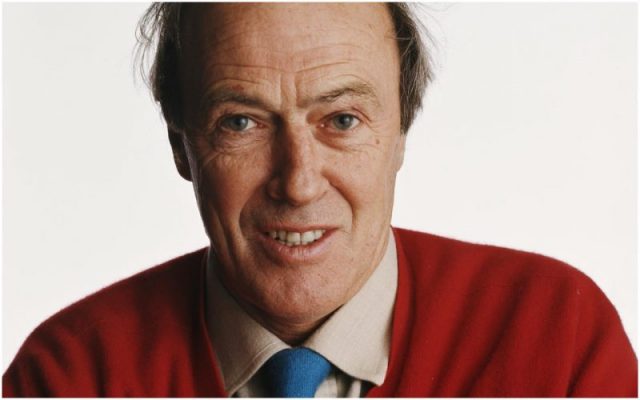 His first children’s book, The Gremlins, published in 1943, was based on a Royal Air Force folktale about mischievous little creatures that are responsible for all manner of technical hiccups of the aircraft. The book was an immediate success. 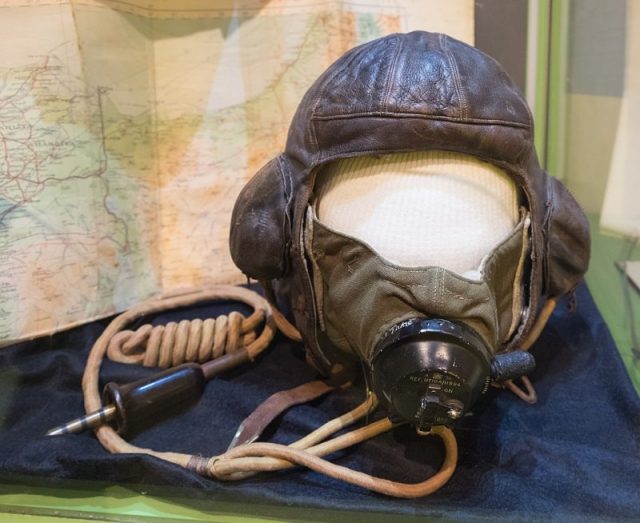 Dahl was married to American actress Patricia Neal for thirty years and together they had five children. In 1960, their infant son Theo was hit by a taxi and suffered from hydrocephalus, a damaging and potentially fatal condition in which cerebrospinal fluid builds up within the brain. 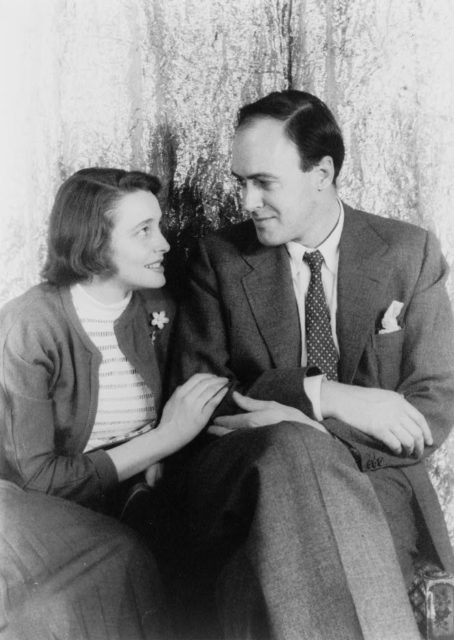 Desperate to help him, Dahl collaborated with the neurosurgeon Kenneth Till and hydraulic engineer Stanley Wade to create the “Wade-Dahl-Till” valve, a device that would alleviate the suffering of 3,000 children with the dangerous condition.

Two years later, the Dahl family experienced another tragedy when they lost their first born child Olivia to measles encephalitis at the age of seven. Dahl felt “limp with despair” and twenty years later, he dedicated his book The BFG to his deceased daughter. 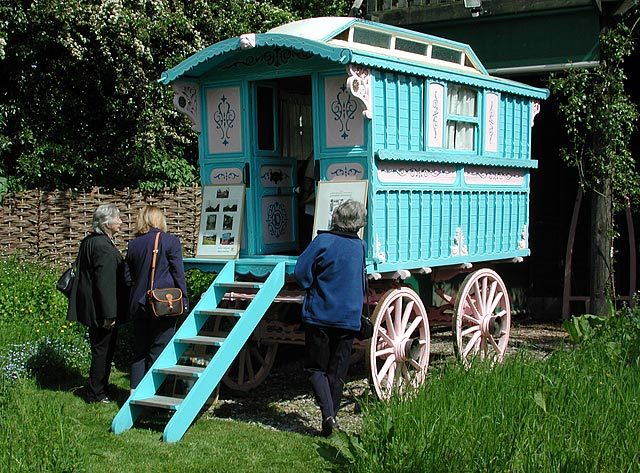 Roald Dahl’s vardo in the garden of his house “Gipsy Cottage” in Great Missenden, where he wrote ‘Danny, the Champion of the World’ in 1975. Photo by George Mahoney CC BY-SA 2.0

Dahl was an exceptional character. So, when he died in 1990 at the age of seventy, he deserved a remarkable and unique funeral.

According to AnotherMag, to honor his Norwegian descent and his life full of conquests he was given a special sendoff which his granddaughter, Sophie Dahl, described as a “sort of Viking funeral.” 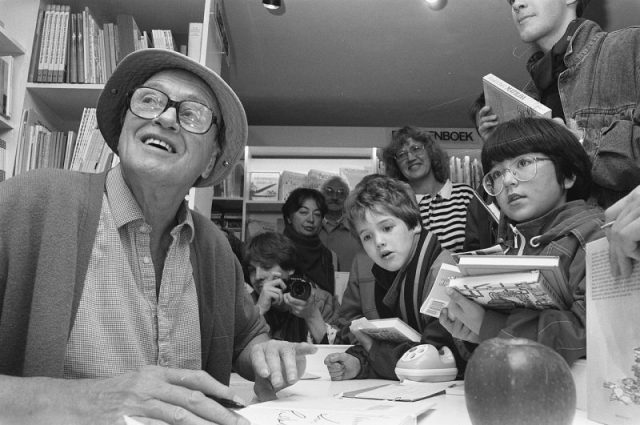 Roald Dahl’s coffin and grave were filled with some of his favorite possessions such as assorted chocolate, expensive burgundy, his prized snooker cues, and his favorite HB pencils.

There was also a circular power saw, most likely to help him build ships for the Norse gods in the afterlife. 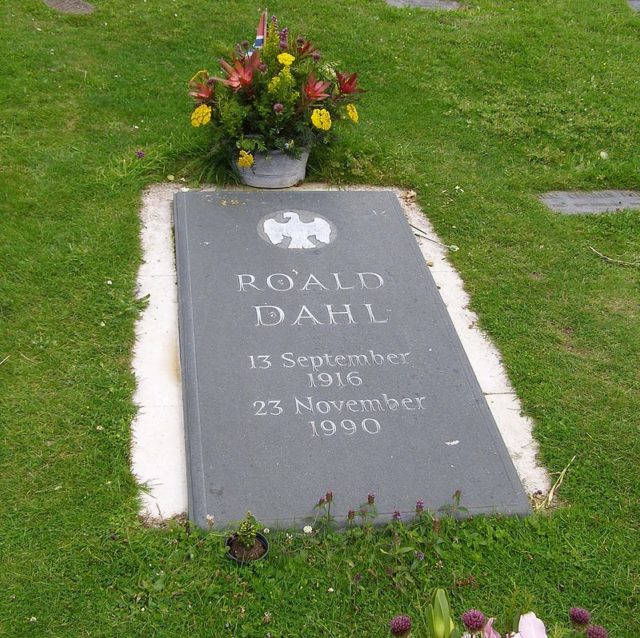 At the funeral, the famous poem, Do Not Go Gentle Into That Good Night was read aloud. It was written by Dylan Thomas, a close friend and supporter of Dahl.

Many of his fans — both children and grownups — visit Dahl’s grave to this day, leaving toys and small tokens as a symbol of gratitude to the great author.

Before his death, Dahl had started many charity foundations to raise money for the benefit of terminally ill children and young people around the world. His wife continued to operate with the foundations.

In 2016, marking the centenary of Dahl’s birth, Oxford University Press created the Roald Dahl Dictionary. It features almost 8,000 real and imaginary words such as scrumdiddlyumptious and frizzlecrump that he used in his many books. Reportedly, completing the dictionary required more than five years.