Shirley Temple skipping down the Yellow Brick Road? Frank Sinatra yelling, “I coulda’ been a contender!”?

Ernest Borgnine as the head of the Corleone clan?

Shirley Temple as Dorothy Gale in The Wizard of Oz

It’s hard to imagine anyone other than Judy Garland singing “Over the Rainbow.” But for one (brief) moment, Shirley Temple might have worn those ruby slippers.

Having secured the screen rights in 1938, MGM had chosen 15-year-old Judy Garland to play Dorothy. 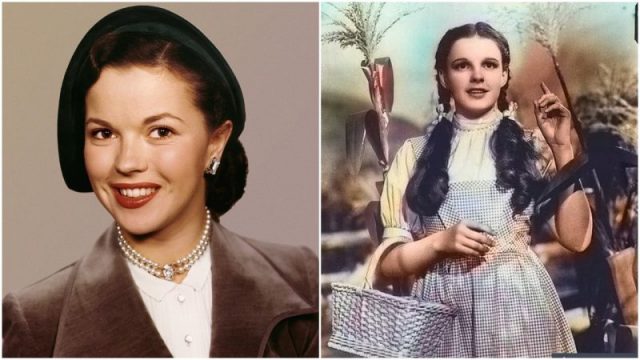 (L) Shirley Temple. (R) Judy Garland as Dorothy Gale in the 1939 film The Wizard of Oz.

But Nicholas Schenck, head of Loew’s Inc. (MGM’s controlling parent company), believed that Temple would be a bigger box office draw — important, since Oz was going to cost a bundle to make. After meeting with the mop-top star, MGM composer Roger Edens realized that she simply didn’t have the voice to tackle the movie’s score.

Robert Redford as Benjamin Braddock in The Graduate 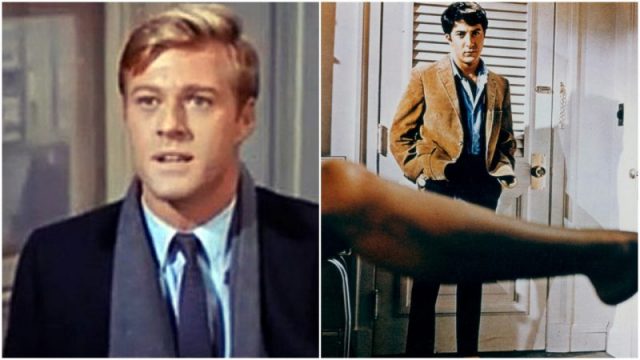 (L) Redford in Barefoot in the Park, 1967. (R) Anne Bancroft pulling on stocking in front of Dustin Hoffman in a scene from The Graduate, 1967. Photo by Embassy Pictures/Getty Images

Originally, director Mike Nichols envisioned the twisted triangle of Benjamin Braddock, Mrs. Robinson, and her daughter Elaine, as blonde-haired, blue-eyed Southern California WASPs. In her autobiography, perennial “girl next door” Doris Day claimed she turned down the part of Mrs. Robinson because she couldn’t see herself playing such a racy character. (Anne Bancroft, having no such misgivings, nabbed the part.)

His instincts were correct: When Nichols asked Redford about the last time he struck out with a girl, the actor replied, “What do you mean?” Redford, by the way, was also in contention for the part of Guy Woodhouse, Rosemary’s scheming husband in Rosemary’s Baby. But negotiations broke down over a contractual dispute. 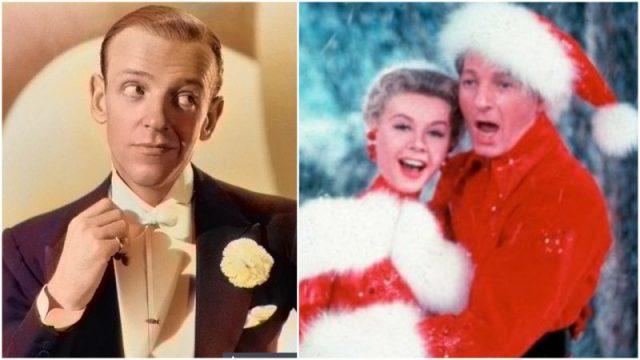 This holiday fave was supposed to re-team Bing Crosby and Fred Astaire, who had previously started in another Yuletide classic, Holiday Inn.

However, after reading the script, Astaire not only turned down the part, but asked to be released from his contract with Paramount.

Crosby also backed out to spend time with his four young sons, after the death his wife Dixie Lee. At the end of 1953, Crosby would return, this time with another song-and-dance man, Donald O’Connor, as his co-star. But just before shooting began, O’Connor dropped out due to illness, and Danny Kaye stepped into the role. 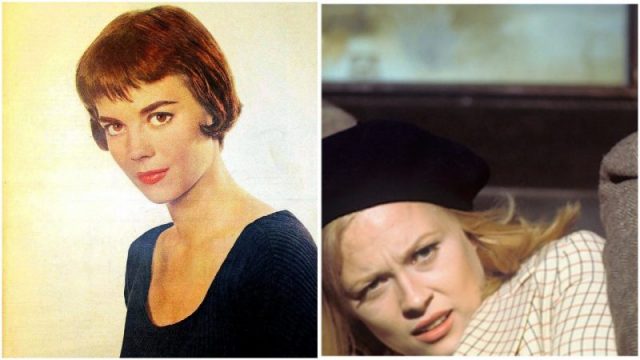 Today, the free-wheeling flick about real-life bank robbers Clyde Barrow and Bonnie Parker is considered a classic. But back in 1967, it was considered something of a gambit for producer/actor Warren Beatty — so he wanted a big-name actress as his leading lady.

Apparently, Natalie Wood was pitched the part and loved the script. Two problems: Wood, who was paired with Beatty six years earlier, in Splendor in the Grass, found Beatty a tad too, well, difficult to work with. What’s more, filming in Texas would mean she’d have to take a break from her therapist, which she wasn’t willing to do at the time.

Ernest Borgnine as Don Corleone in The Godfather 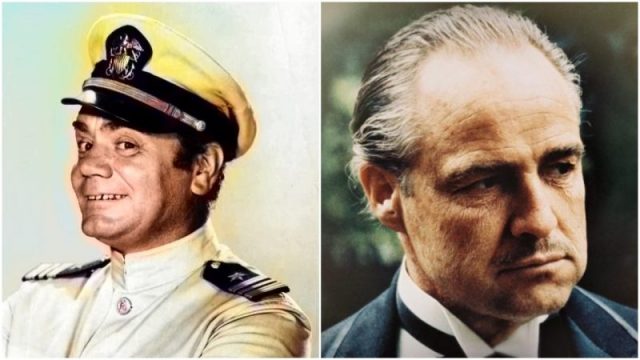 The role of Don Corleone seems tailor-made for Marlon Brandon, but producers shied away due to his reputation for being difficult.

Among the other actors considered: George C. Scott, Laurence Olivier, Anthony Quinn, and Ernest Borgnine (that’s right — loveable schlub Marty). Director Francis Ford Coppola and Godfather author Mario Puzo fought for Brando, and the studio relented, provided he work for only a percentage of the profits and take a screen test (something the actor hadn’t done in almost twenty years).

Claudette Colbert as Margot Channing in All About Eve 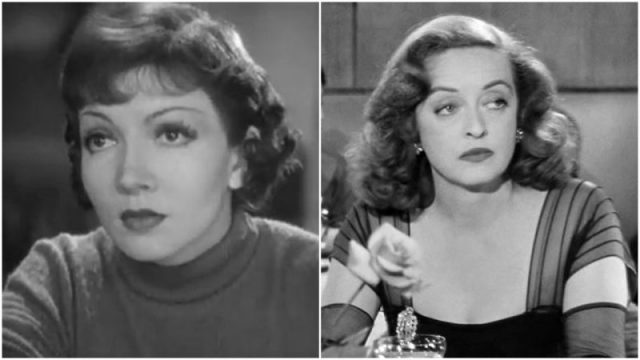 (L) Claudette Colbert. (R) Bette Davis as Margot Channing in All About Eve

“Fasten your seatbelts…” Bette Davis wasn’t the first choice to play theater diva Margot Channing. Claudette Colbert nabbed the role, but had to back out after injuring her back while making Three Came Home. After Davis signed on the dotted line, the dialogue was re-jigged to take advantage of her brassy personality. Shrugged Colbert later, “I just never had the luck to play bitches.”

Frank Sinatra as Terry Malloy in On the Waterfront 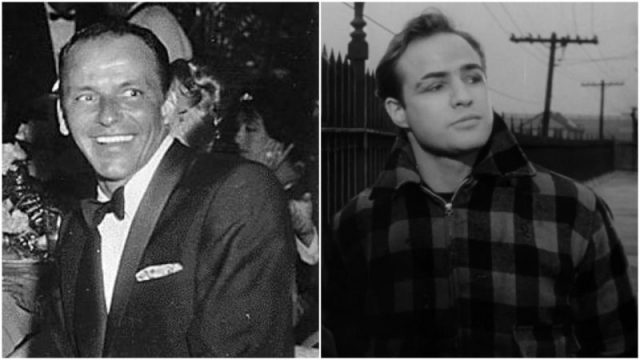 (L) Frank Sinatra. (R) Young Brando as Terry Malloy in On the Waterfront

Marlon Brando initially refused the role of Terry Malloy, and Frank Sinatra stepped in with “a handshake deal” to play the dockworker. (Hey — he was from Hoboken, where the film would be shot, right?) But director Eli Kazan was adamant: Brando was his guy.

So Kazan hatched a plan: He asked actor Karl Malden to film an audition with a younger, grittier Method actor to convince producer Sam Spiegel that Brando was better suited for the role. Malden’s “screen test” would feature none other than Actors Studio members Paul Newman and Joanne Woodward, performing the love scene between Terry and Edie. In the meantime, Brando’s agent persuaded his client to consider the role.

Spiegel was convinced and Brando signed on. Sinatra, upset by the turn of events, demanded to be cast in the role of Father Barry, the kindly priest. (Spiegel had the unenviable task of breaking the news that Malden had been cast in the part.). Interesting tidbit: The role of Edie, ultimately came down to two actresses: Eva Marie Saint (who ultimately landed the role), and Elizabeth Montgomery, later to star in TV’s Bewitched.

Marilyn Monroe as Holly Golightly in Breakfast at Tiffany’s 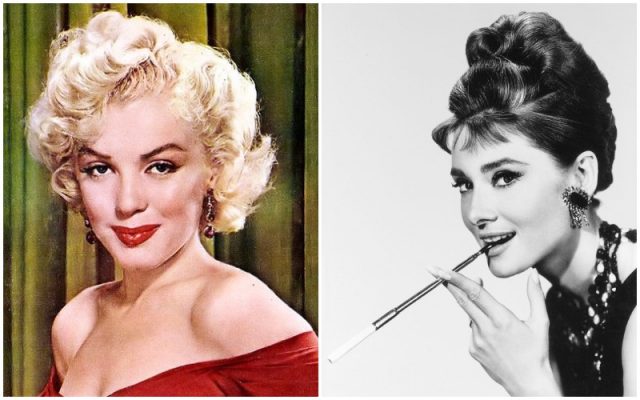 Truman Capote, who penned the charming novella, wanted Marilyn Monroe to play Holly Golightly. There were, after all, more than a few parallels between the two.

Like Holly, Marilyn had a rough childhood and years later re-invented herself. She was also drawn to older men. Even Capote’s description of Holly’s hair (“strands of albino-blonde and yellow”) and features (“large eyes, a little blue, a little green”) sound like the actress. Reportedly, a writer was brought in to pen the screenplay with Monroe in mind. No matter: Paramount cast Audrey Hepburn, who Capote thought was completely wrong for the role, later remarking, “Paramount double-crossed me in every way.” 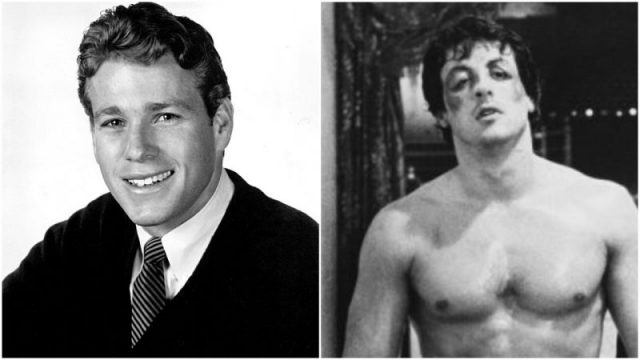 Pretty boy Ryan O’Neal as hard-luck pugilist Rocky Balboa? It almost happened. Producer Irwin Winkler loved the screenplay that down-and-out actor Sylvester Stallone had written, and agreed to let him star in the flick. But United Artist big-wigs insisted on a big name — so much so, they offered to pay Stallone $250,000 for his script, as a vehicle for O’Neal. Stallone needed the cash, but refused to sell. He’d later explain: “I thought, ‘$250,000 will go away, but the scar and the self-loathing and watching Ryan O’Neal play Rocky…’” 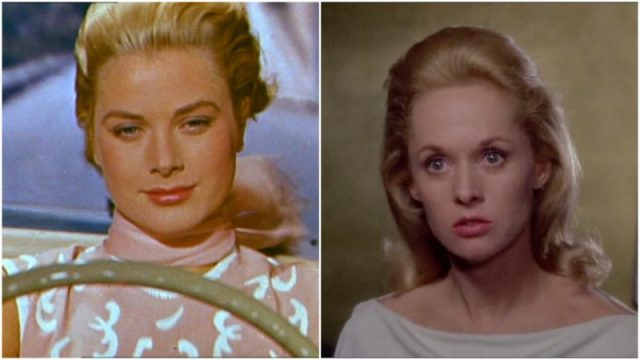 Many assumed that after Grace Kelly become Princess of Monaco, she had retired from movies for good. So when it was announced that Kelly would be returning to the big screen, in Alfred Hitchcock’s 1964 suspense thriller, Marnie, the press went wild.

The Princess, it was said, would earn $1 million, plus a percentage of the profits — using the money to establish a charitable fund.

Read another story from us: Why “It’s a Wonderful Life” was Initially Considered Communist Propaganda

But shortly thereafter, Kelly walked away from the role because of a “scheduling conflict.” A hurt Hitchcock would later say that Kelly wanted to be in the movie, but bowed out because the conservative citizens of Monaco didn’t want their princess working in Hollywood. The fact that “Marnie” was a thief with sexual issues couldn’t have helped.

But there were also rumors that Kelly signed on because the Rainiers — or, more specifically, Monaco — needed the money, and pulled out when the principality found the funds elsewhere. (Prince Rainier dismissed the notion as “ridiculous nonsense.”) Another of the director’s flaxen-haired favorites, Tippi Hedren, would play the part.