A bad break-up is a devastating experience for all concerned. Some ex-partners sink into a depression, others endlessly pore over what went wrong, and the rest just bottle it up.

In Zagreb, capital of Croatia, there’s a place where such demons can be released and confronted. But this place isn’t a psychiatrist’s office or medical facility. It’s a museum.

The Museum of Broken Relationships exists so that what’s left behind from a union can be celebrated, and indeed contemplated. 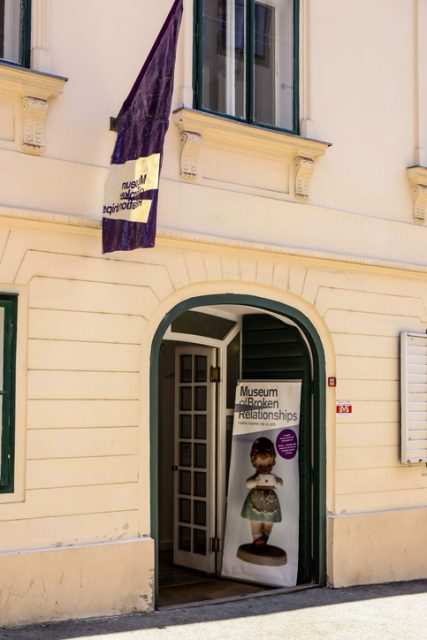 The Museum of Broken Relationships (Croatian: Muzej prekinutih veza) is a museum in Zagreb, Croatia, dedicated to failed love relationships.

As co-founder Olinka Vistica put it in a piece for National Geographic, “We transformed the concept of a museum from that temple about historic things. Museums can be about you and about me…”

Just as objects like ancient swords and pottery carry the weight of those times, so do items in this Museum’s collection. Take the toy rabbit donated by film producer Vistica and her former love, sculptor Dražen Grubišić.

After their 4-year relationship ended in 2003, this small creature and a holiday snap were chosen to symbolize what they used to have to the world at large. The need to share spread from there. 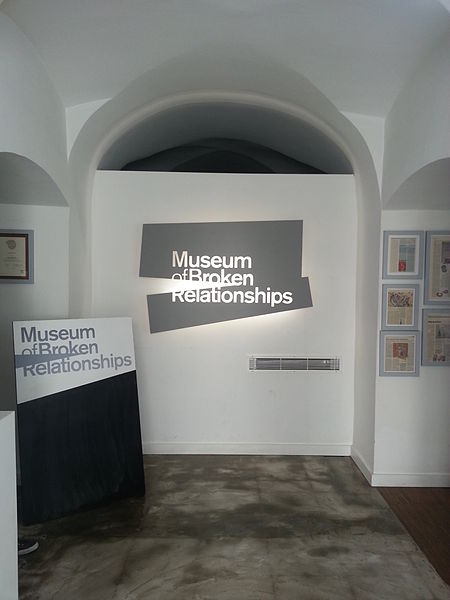 An art exhibit grew from the unhappy event, followed by a world tour and finally what a Vice article on the collection described as a “globally-crowdsourced supply of woe.”

The Museum of Broken Relationships set up home in a former palace owned by painter Count Kulmer in late 2010.

And just like in a traditional museum, if the items on display look obscure there is accompanying text to help the casual visitor. 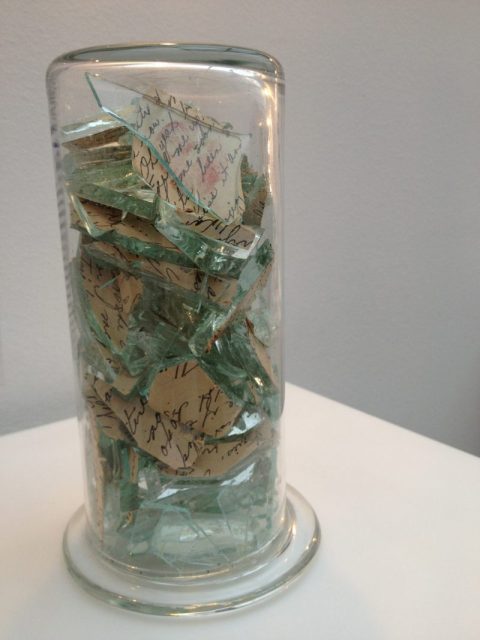 It would be easy to chuckle at some of the strange examples donated over the years. These range from a damaged gnome, which “squats under the description of its angry flight through the air on the day marking divorce of a 20-year marriage” (National Geographic), to a can of love incense. As Vice states, “The description beside this groovy-looking container … simply reads: ‘Doesn’t work.’.” 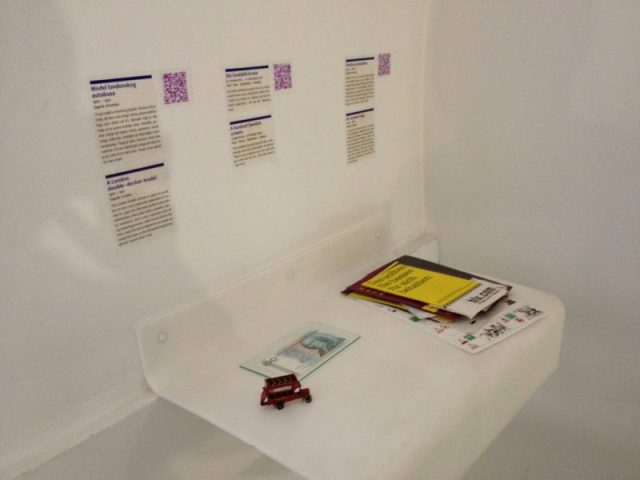 There are also macabre exhibits, such as a pair of severed mannequin hands. Yet these share the space with more touching items. National Geographic writes that “A letter from first loves parting ways in Sarajevo on the brink of the war that dissolved Yugoslavia memorializes yet another romance that never stood a chance.”

In addition to physical remnants, the museum offers a virtual space where precious documents and the like can be uploaded. 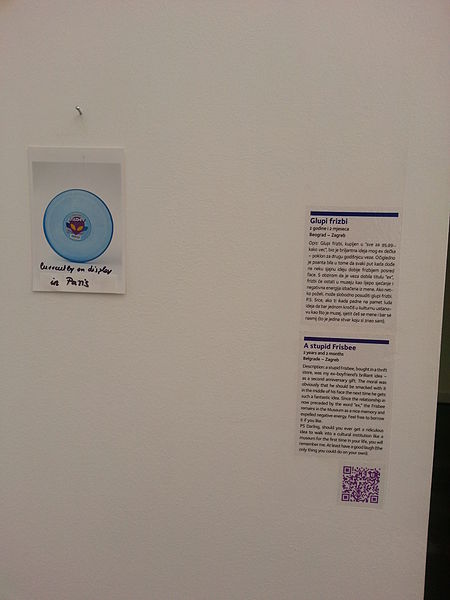 There is also the option to record a message or even a confession. Everything is strictly confidential of course.

Whether surreal or profound, Vistica sees the Museum as an important human resource. Speaking to Time Out, she said “All the stories tell us of a universal and yet personal experience… The connection between the visitor and what is presented is so obvious and direct… I wouldn’t say this is a cemetery of love, quite the contrary, this is about building new relationships and emotions, and honouring old ones.” 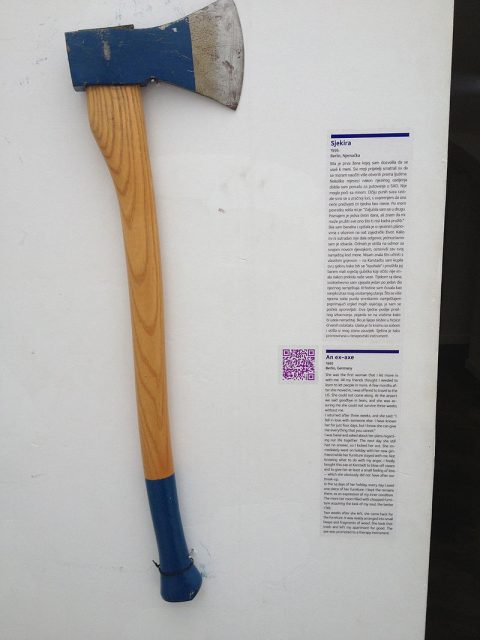 This exhibit, labeled “ex-axe” was donated by a woman from Berlin. She used it to chop her former lover’s furniture in frustration after being left for another woman: “two weeks after she left, she came back for the furniture. It was neatly arranged into small heaps and fragments of wood. She took that trash and left my apartment for good. The axe was promoted to a therapy instrument.” Photo by Robert Nyman CC BY 2.0

The idea caught on. A Los Angeles branch of the museum opened in 2016, and the establishment resembles a typical museum in that merchandise can be obtained in a gift shop.

The irony of the Museum of Broken Relationships is its location, positioned between two churches. Apparently “brides and grooms rotate for portraits against these spiritual backdrops, while wedding guests refuel during the happy day with coffee on the terrace of the museum’s well-positioned cafe.”

New couples in the first flushes of romance may think nothing of visiting the tragic resting place of burnt-out love. However, they should tread carefully, for one day they too could be adding a contribution to this unusual collection.