Take a walk through downtown Wichita Falls and you’ll come across a red brick building that sticks out like a sore thumb.

Though it towers over an adjoining structure, the four-story Newby-McMahon Building (dubbed “The World’s Smallest Skyscraper” by Ripley’s Believe It or Not!) stands just over forty feet tall and is a mere ten feet wide.

The interior dimensions are snug, to say the least: 118 square feet per floor. In short, it’s a glorified elevator shaft. It’s also a cautionary tale and not-so-shining example of what happens when people’s greed gets the best of them. 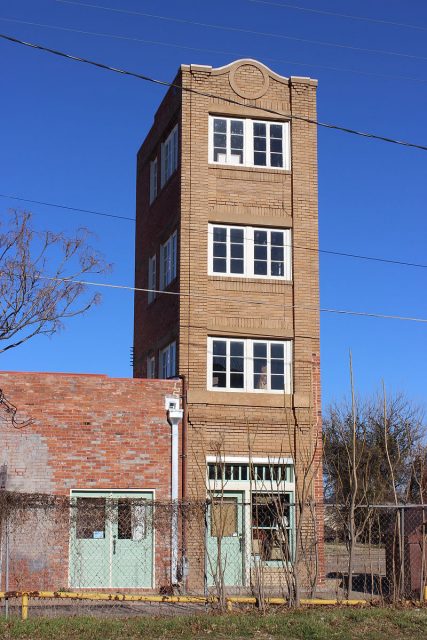 The story behind the structure starts in 1912, when a large petroleum reservoir was discovered west of the city of Burkburnett, a small town in Wichita County, Texas.

Practically overnight, people started flocking to the area in search of employment, and the surrounding communities became boomtowns. It wasn’t long before Wichita County residents became flush with green.

Wichita Falls, the seat of Wichita County, became a big-time beneficiary. But the city was unprepared for the influx, and since office space was in short supply, business deals had to take place on street corners in makeshift tents. 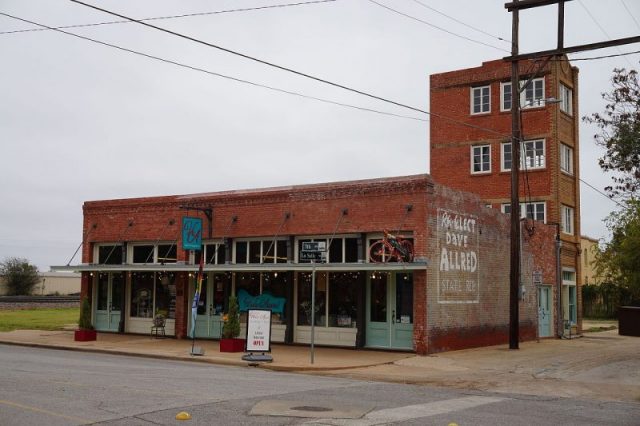 On the corner of Seventh and La Salle Streets, near the railway depot in downtown Wichita Falls, stood the Newby building, named after the man who built it: Augustus Newby, director of the Wichita Falls and Oklahoma City Railway Company.

A tenant in that very building, J.D. McMahon, of the oil-rig construction firm of J.D. McMahon, looked at the people and money flowing into the city and decided that a new high-rise annex was needed to create much-needed downtown office space. 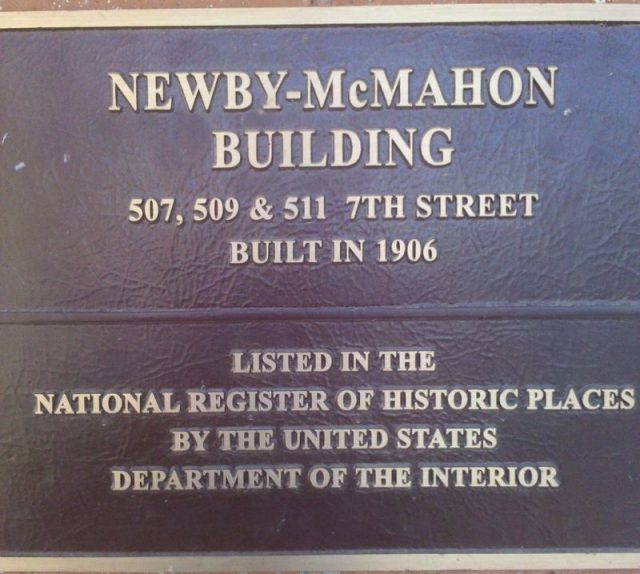 And he knew just the man to build it: J.D. McMahon. He drew up blueprints for a fancy skyscraper and showed them to potential investors, who liked what they saw, forking over the money McMahon needed to start the project. In all, he would collect $200,000 ($2,800,000 in today’s money). Deciding to keep things “in-house,” he used his own crew to construct the building.

In 1919, as things began to come together, it became clear that something was amiss. The building, it seemed, wasn’t a skyscraper at all. McMahon, who had promised a towering 480-foot structure, was putting up a 480-inch building. 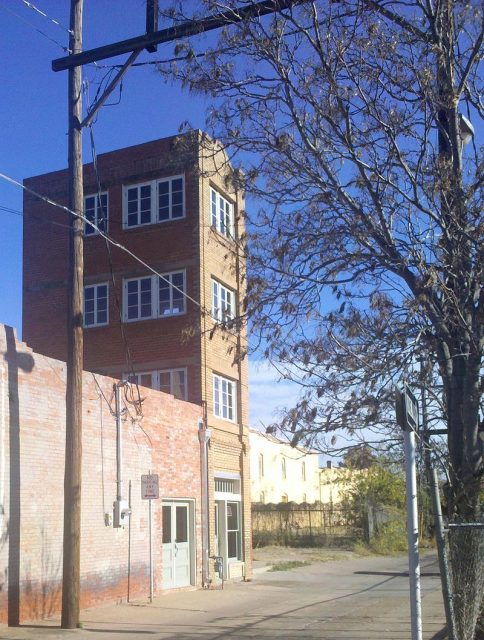 How the heck was this possible? Well, when showing the blueprints to his investors, the slick con man didn’t mention that the building’s scale was measured in inches, not feet — and investors, eager to sign off on the exciting project, simply didn’t notice the double apostrophes.

Making matters worse, McMahon never got permission to build on the lot from the property’s owner, who lived in Oklahoma.

By the time the investors realized they had been hoodwinked, McMahon had high-tailed it out of town — taking their hard-earned money with him, and leaving Wichita Falls residents with not-quite-finished office building. 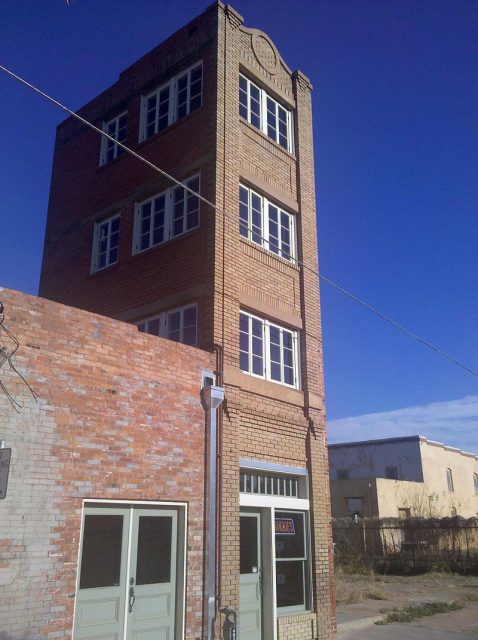 Furious about being misled, the investors filed a lawsuit, dragging the shady flimflam man into court. Although the judge was sympathetic, there wasn’t much he could do. The fact is, McMahon had built exactly to the blueprints that his investors approved.

After all, he never actually said the building would be 480 feet tall. Not only were the citizens of Wichita Falls left with an abbreviated building; they were stuck with a four-story structure with no stairway. (The crew slated to build it backed out.) The only way to reach the building’s upper three floors was by climbing a ladder. Narrow stairs, constructed years later, would take up a quarter of the floor space. 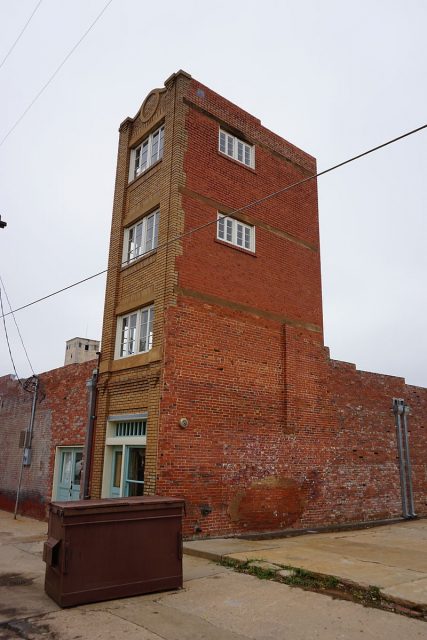 Suffice to say, the Newby-McMahon Building was something of an embarrassment to the city. Initially, a total of six desks — one for each of the six companies that occupied the building as original tenants — were squeezed into the ground floor.

But during most of the 1920s, the building would house only two firms. The oil boom, which caused the mess in the first place, ended a few years after the building was completed, followed by the Great Depression. 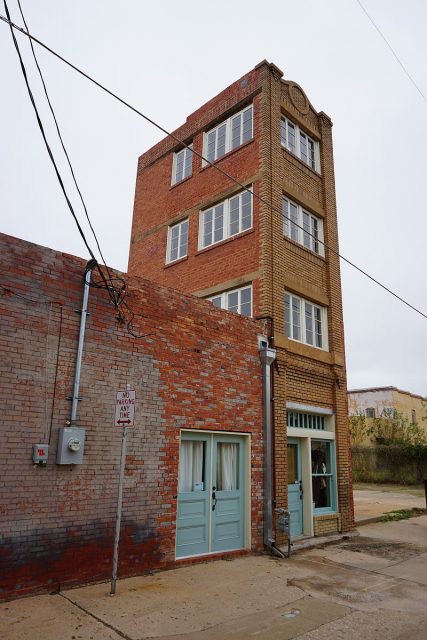 The building was boarded up, a sad reminder of better times. Eventually, the economy bounced back and assorted tenants — a barbershop and various cafes among them — would occupy the building.

Over the past few decades, the strange little Newby-McMahon Building has been through a lot: a 2003 tornado (which knocked down part of the brick wall), a fire, and more than a few demolition attempts.

But the city’s residents, having grown kind of fond of the place, have resisted calls to tear it down. In 2005, the City Council granted $25,000 in funds for the building’s restoration. True, it is a reminder of the greed and gullibility of the oil boom, but The World’s Littlest Skyscraper is being shown some love.

An array of local artisans has called it home, and today it’s part of the Depot Square Historic District and listed on the National Register of Historic Places. What’s more, the folks at Fodor’s — who know a good thing when they see it — named Newby-McMahon Building a must-see attraction in the Lone Star State.