It was April 1973 and David Bowie was just wrapping up his Ziggy Stardust Tour in Japan. Even though the singer’s alter-ego was a space-traveling alien, Bowie himself was notoriously afraid of flying and therefore used all alternative routes that were at his disposal, spending much more time on the road and keeping a tight schedule.

So when it was time to leave the island nation, the iconic singer/songwriter decided to take the road less traveled by Westerners at that time. Accompanied by his old friend and occasional bongo player, Geoff MacCormack, he embarked on a Soviet cruise ship headed from Japan to the mainland port of Nakhodka, some 52 miles (85 km) away from Vladivostok in the far east of Russia. During the 1970s, the USSR was very much a closed country ― one that waged a cultural war against everything the West had to offer. 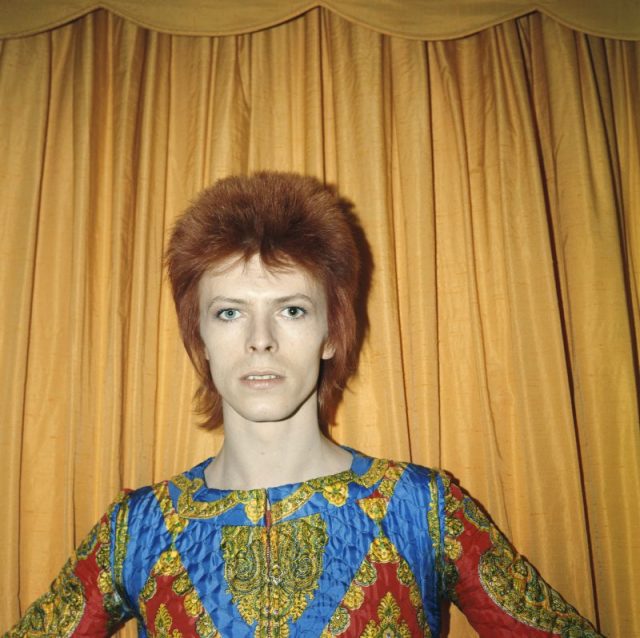 As the two travelers sat in the cruise ship’s bar, they were approached by two men who spoke English with a somewhat forced American accent.

MacCormack and Bowie engaged in conversation with them, but as their questions became more political, it began to dawn on the musicians that they were being casually interrogated by the KGB.

At the time, Bowie nurtured a truly eccentric style, one that was bound to attract curious eyes. While deeply involved with his on-stage persona, Bowie was sporting dyed red hair, wearing a yellow leather jacket with a matching fur collar, and a large checked cap, and he carried an acoustic guitar with him at all times. 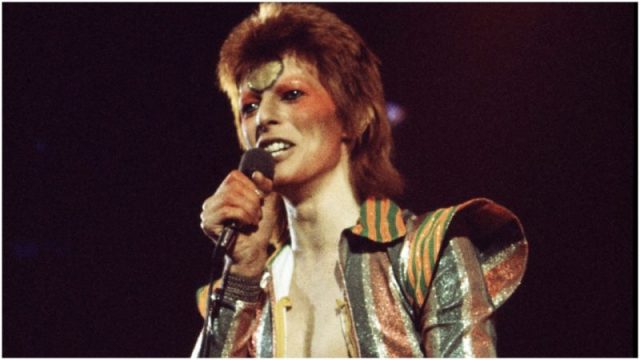 MacCormack, who wrote of the journey in his book From Station To Station, Travels With Bowie 1973-1976, published in 2007, described the awkward situation:

“When they inquired as to our political leanings, we excuse ourselves and walked away.”

According to MacCormack, what gave the agents away was the fact that they had absolutely no idea who Bowie was, despite him already being an icon of rock ‘n’ roll in the Western world.

Upon their arrival at the port, their ordeal with the Soviet regime continued.

The pair of musicians were handed a souvenir ― a book titled Marx, Engels and Lenin on Scientific Communism, together with a leaflet condemning the cartoon characters of Tom and Jerry as a threat to children’s development, as well as instructions for tourists on what was allowed to be photographed after crossing the border into the USSR. 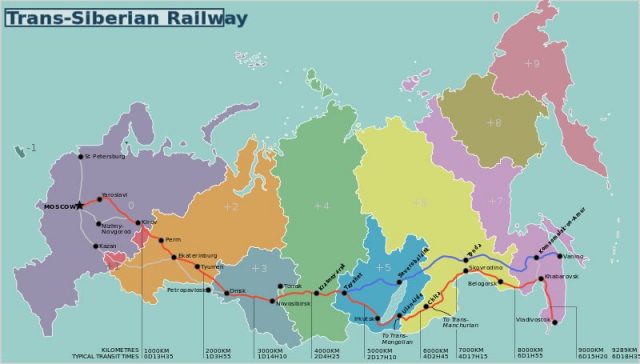 While riding on the train to Moscow, Bowie and MacCormack felt a bit disappointed. They had expected the lavish comfort of the Trans-Siberian Express, instead of the plastic and minimalistic interior of the first-class carts in which they were traveling.

Nevertheless, when Bowie wrote about his experience as a correspondent for the teenage magazine Mirabelle, he pointed out the more pleasant things he saw on his long journey:

“I could never have imagined such expanses of unspoiled, natural country without actually seeing it myself, it was like a glimpse into another age, another world, and it made a very strong impression on me. It was strange to be sitting on a train, which is the product of technology – the invention of mankind, and traveling through a land so untouched and unspoiled by man and his inventions.” 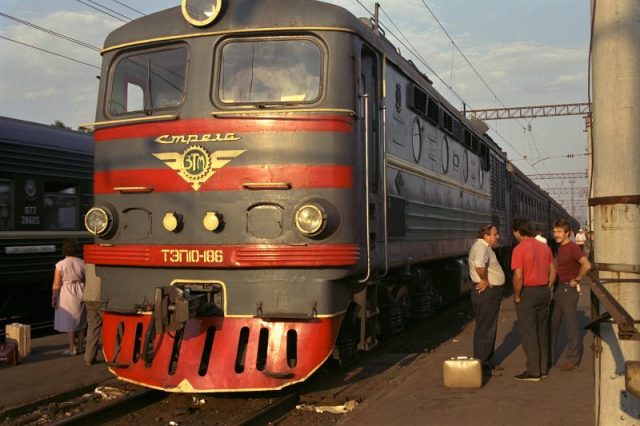 MacCormack, however, described the journey as stressful and scary even, noting that on one occasion they almost missed their train, as it left without them while they were buying food on the platform.

Somehow they managed to board it just in time as it was gaining speed, but MacCormack vividly recalled the fear he felt as he saw the train leaving:

“The very thought of being stuck with no ID in the wastelands of Siberia still fills me with panic, even after all these years.” 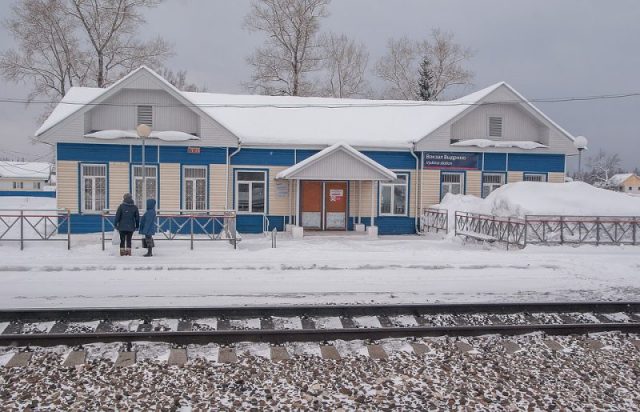 Bowie also wrote about how he played his songs during the trip to an audience of two train attendants in his carriage, called Danya and Nadia, who enjoyed them very much, despite the fact that neither of them spoke English.

After traveling for 500 miles (800 km) their train reached Khabarovsk ― a vibrant Siberian town built at the confluence of the Amur and Ussuri Rivers ― where they met with Robert Muesel, a reporter for the United Press International, and his photographer Leee Black Childers, both of whom were in the USSR on an official visit.

Now traveling in a group of four, they continued their long journey through endless Siberian forests filled with nothing but white birch trees which stretched for thousands of miles. 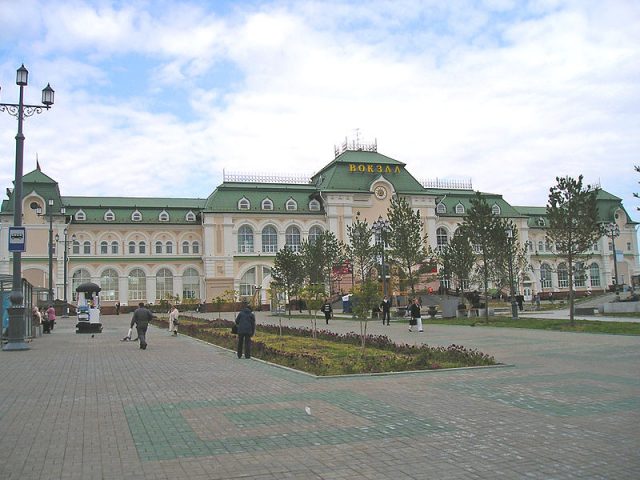 The train attendants, Danya and Nadia, soon became sort of part of the crew, providing Bowie and his company with shopping tips and hanging out with them after working hours. During his trip, Bowie developed a taste for kefir ― a fermented milk drink that is still popular in Russia today ― and asked his Russian friends to provide him with some at each stop they could.

Besides providing the superstar with errand services, at one point they even rescued him from arrest. The singer took a couple of photographs during a stop at one of the many stations before Moscow and was approached by a man who appeared to be a plainclothes police officer. The officer demanded that the film from the camera be removed, but Bowie refused to do so.

The girls hurried to prevent the officer from arresting Bowie, got him back on board and allegedly even blocked the entrance for a short while before the train left the station. 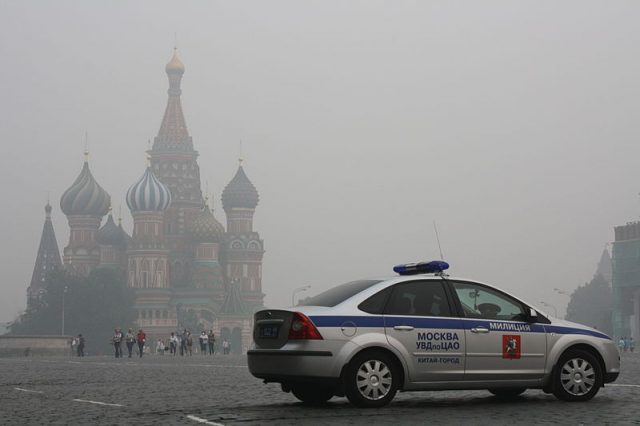 But it wasn’t all bad ― on the contrary. Their journey was filled with comic adventures and anecdotes worthy of re-telling for years to come. For example, MacCormack noted in his book how at one point a soldier with a jaw full of metal teeth opened a bottle of mineral water for the singer, leaving everyone in awe. He also recalled a wolf that ran alongside the moving train, following it for a while, demonstrating the untouched beauty of the Siberian landscape.

Even though Bowie attracted attention along the way, it wasn’t until they came close to Moscow that the uncomfortable gazes from random passers-by aboard the train turned into rude stares. If he was the “Man Who Fell to Earth” in Europe and America, in the USSR he was a vision of something completely unimaginable.

Despite attracting attention, David Bowie took some interesting photos of Moscow and appeared in a number of others, usually taken by Childers. Overall, the group enjoyed this interesting adventure, filled with awkward episodes as well as surprising moments of calm and friendship from the people they knew so little about.