The “Bad” from Good, Bad and the Ugly was a WW2 Hero

Cinematic history hardly remembers any Spaghetti Western that was as influential as Sergio Leone’s 1966 epic, The Good, the Bad and the Ugly.

Fans of Westerns love this film which is also highly revered by film connoisseurs who favour any genre.

Today it is considered an integral part of popular culture due to its vivid characters, memorable scenes and intriguing scenario. 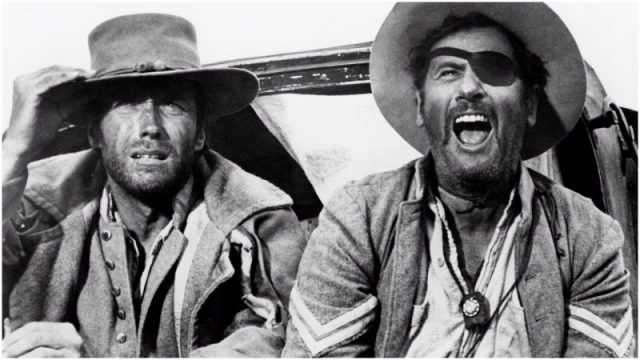 The Good The Bad and The Ugly movie still. Photo by Getty Images

Almost half a century has passed since the first release of this film, however the stardom and interest about its fierce and courageous rovers — Clint Eastwood, who played the Good, Lee Van Cleef, the Bad, and Eli Wallach, the Ugly — has never faded.

This fantastic trio form the pillar of the story whose skeleton is quite simple, but intensely empowered by each of these characters and their actions. 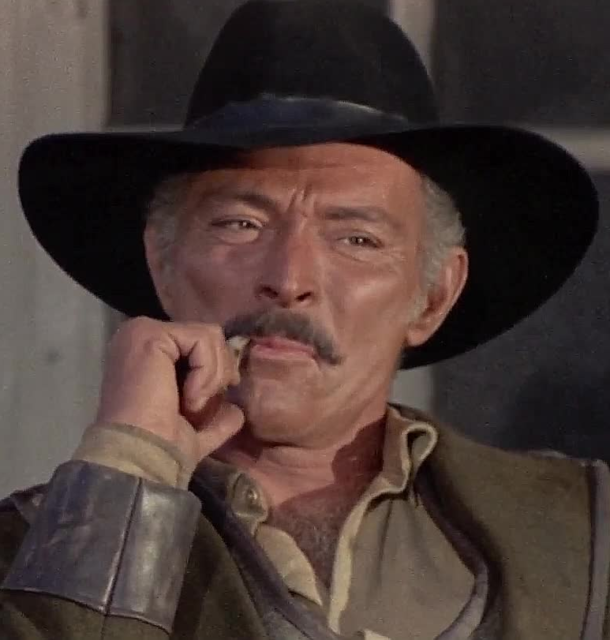 Many suggestions have been made over the years for a remake but the general opinion is that hardly anyone can imagine The Good, the Bad and the Ugly without its original actors.

According to the Daily Telegraph’s Style magazine, Scott Eastwood, Clint Eastwood’s son, was asked several times if he would star in a remake of his father’s classic Western. 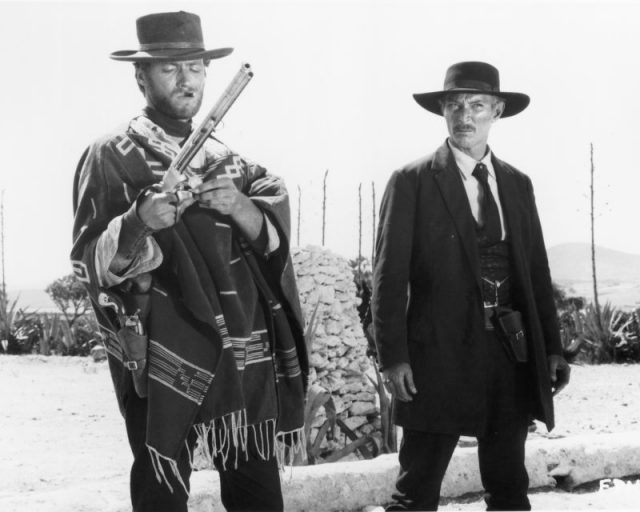 Scott said: “For years I’ve been approached to do Westerns. People trying to remake The Good, the Bad and the Ugly with me in my father’s role — but it has always felt so cheap. So yes, I’m cautious.”

It is well known that classics in history can have the power to endure time and by now it has been proven that Leone’s Western is a work of art that has no need of a replica. 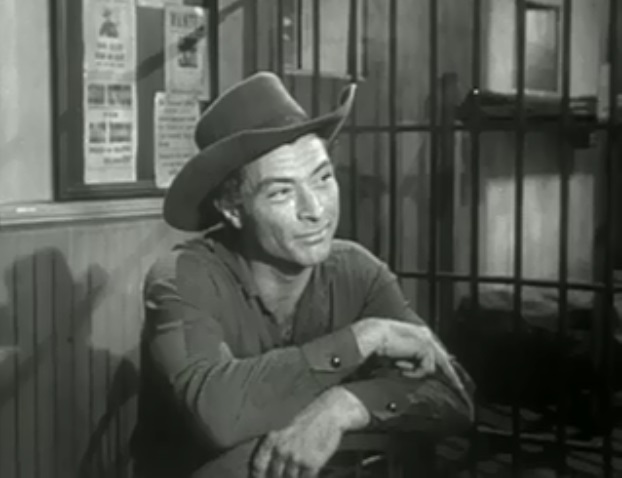 Nevertheless, just as any other film, The Good, the Bad and the Ugly is also enriched with unknown facts and trivia regarding the filmmaking, the script and, of course, the cast.

According to Lee Van Cleef: A Biographical, Film and Television Reference (1998) by Mike Malloy, during his lifetime Van Cleef played one extremely dangerous, yet significant, role — but not on the big screen. 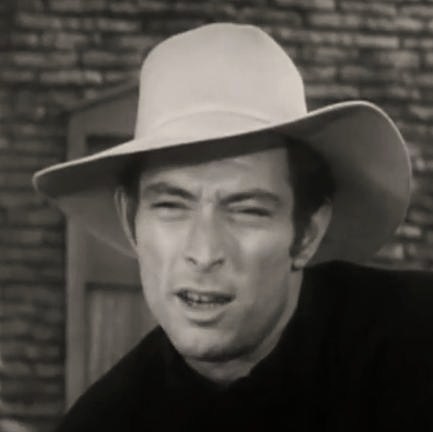 In contrast to the ruthless character Van Cleef was cast as in the Western, “The Bad” fought selflessly for his country in WW2.

Van Cleef took his high school diploma early, at 17-years-old, so that he could enlist in the United States Navy in 1942.

After basic training he attended the Naval Fleet Sound School where he trained as a sonarman. Van Cleef was first assigned to submarine chaser USS SC-681 and spent the next 10 months looking for German U-boats around the Caribbean. He then joined USS Incredible, a minesweeper of 530 tons. 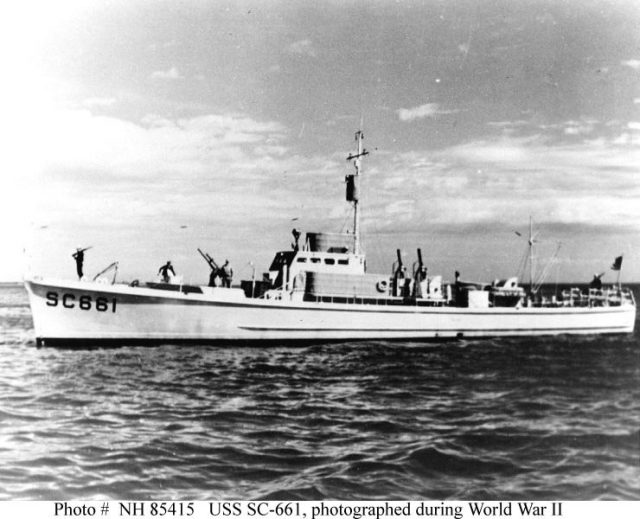 One of the most dangerous moments for him happened during the invasion of southern France, in which the USS Incredible was attacked by numerous German Human Torpedoes.

Van Cleef found himself in a life-threatening position though his courage and skill not only saved him but he was also awarded the Bronze Star for his service. 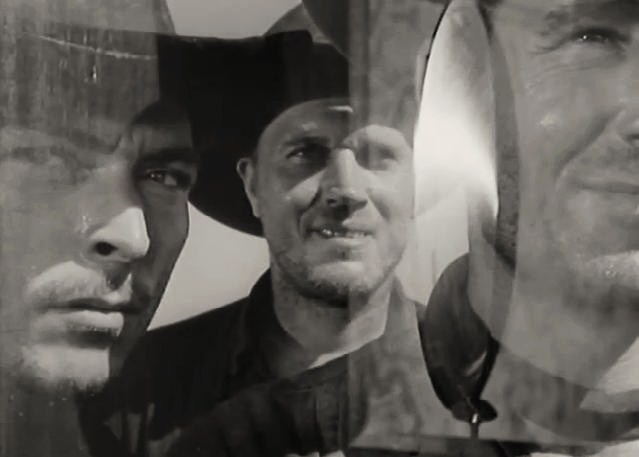 From January 1945, the minesweeper operated out of the Soviet base at Sevastapol, Crimea, to clear mines in the Black Sea. Next stop for the USS Incredible was Palermo, Sicily and then Norfolk — before finally reaching Pearl Harbor.

Van Cleef’s active military challenges ended in 1946 and he was honored with a minesweeping insignia and SO1 (Sonarman First Class).

Check out 15 fascinating facts about WWII: 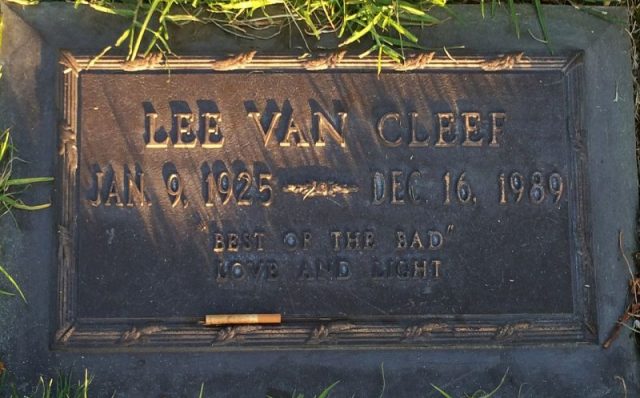 When finally discharged that same year, Van Cleef reunited with his then-wife Patsy Ruth Kahle and decided to settle down as an accountant.

The deciding moment for him becoming an actor happened at the Little Theatre Group in Clinton, where he performed a part from “Our Town”.

The American actor and producer, Stanley Kramer spotted his talent and soon cast him in the dialogue-deprived role of Jack Colby in High Noon. Critics immediately praised him and, thus, traced his path to the stars.

Read another story from us: WWII veteran Christopher Lee corrected “Lord of the Rings” director Peter Jackson on what people do when they’re knifed based on his WW2 service

As his career continued, Van Cleef played several legendary villains, enjoying the role of the “bad guy” on screen and writing a new chapter in film history.