The Dark Side of Mark Twain

“Everyone is a moon, and has a dark side which he never shows to anybody.”

The quote above, ironically, is from Samuel Clemens, better known as Mark Twain. It may seem like a rather sobering observation for America’s greatest humorist, but Twain was a troubled soul, whose fictional work reveals a fascination (some might say an obsession) with the dark side.

Corpses, funerals, graveyards, skeletons, and ghosts — it’s all there. 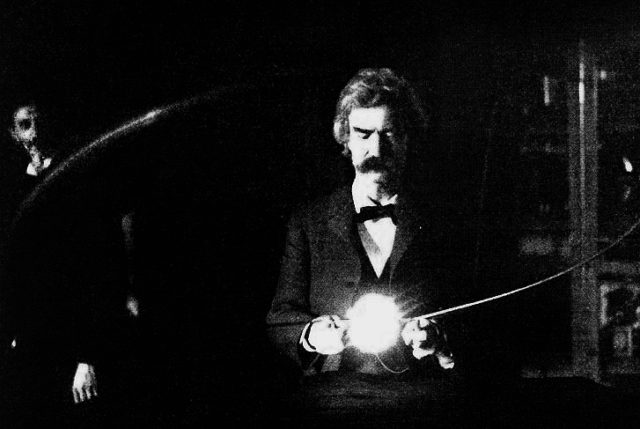 Twain’s fixation may be understandable to those acquainted with his life — one littered with multiple tragedies and ghastly deaths.

When his imposing 49-year-old father John Marshall Clemens, a county judge in Hannibal, Missouri, succumbed to pneumonia, Samuel, then 11, is said to have watched the autopsy through a keyhole. 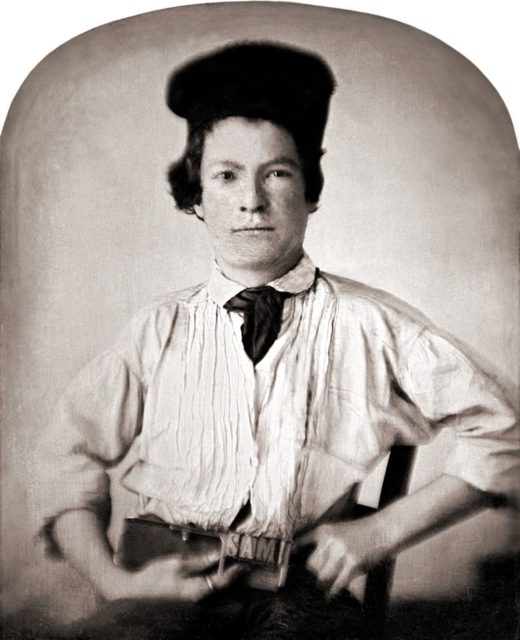 Years later, as a young man, Clemens became an apprentice steamboat pilot on the Mississippi River. In 1858, he encouraged his younger brother Henry, aged 19, to take a job on the Pennsylvania, Sam’s boat. On the way to New Orleans, Sam got into a scuffle with the abusive pilot and was forced to find a different boat. Henry stayed behind.

On June 13th, the Pennsylvania suffered a boiler explosion. Sam, who was at Henry’s bedside as he lay dying, his lungs and skin badly scalded, would forever blame himself for getting his brother the job. 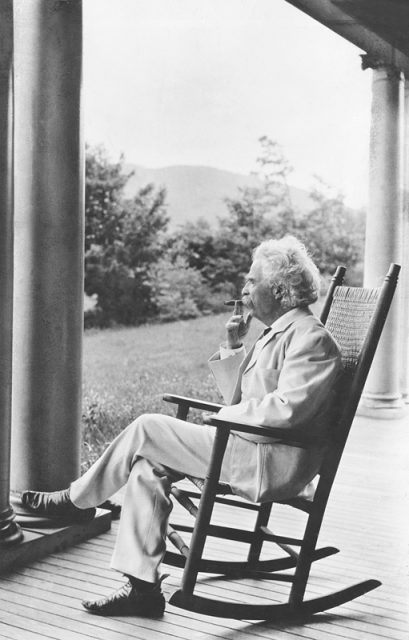 Mark Twain relaxing on a porch in New Hampshire.

Clemens would later write: “My poor Henry — my darling, my pride, my glory, my all, will have finished his blameless career, and the light of my life will have gone out in utter darkness. O, God! This is hard to bear … ”

Twain used writing as an escape (of sorts). A quick review of his fictional works offers clues as to his troubled, death-obsessed state of mind. The Adventures of Huckleberry Finn and The Adventures of Tom Sawyer contain references to corpses and body snatchers. The short story Cannibalism in the Cars is a tale about, well, cannibalism. 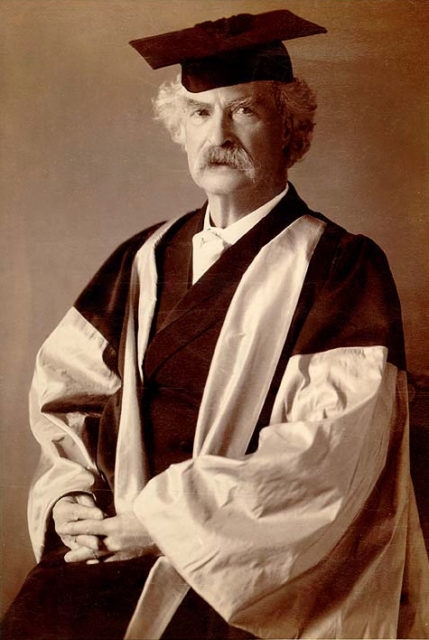 In A Curious Dream, the inhabitants of an unkept graveyard bemoan their shabby after-life accommodations. The premise of The Invalid: Two men on a train mistakenly believe that a box in the cabin holds the dead body of a friend.

Fate was not finished with Twain. His 24-year-old daughter Susy died in 1896 from spinal meningitis. Due to financial troubles, Twain had been away, lecturing on tour. (He had lost much of his family’s savings over the years on bad investments.) When Twain received word that Susy had taken ill, he misjudged the seriousness of her condition and didn’t hurry home. 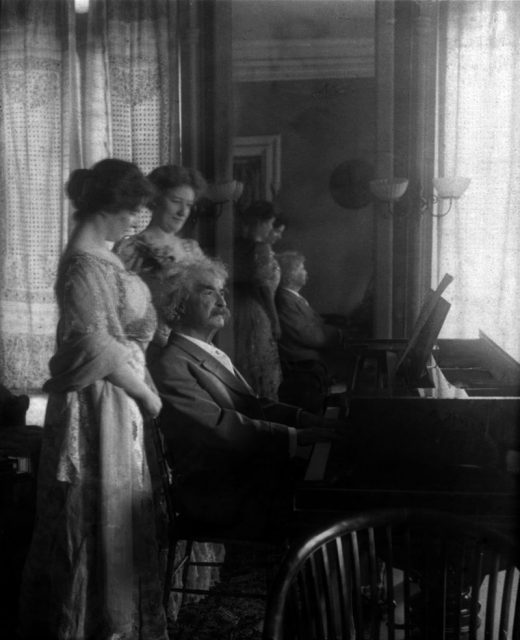 Twain with his daughter Clara and her friend.

His beloved daughter died before Twain could return. Adding to the guilt: He believed that the strain from the family’s money problems had, in part, led to her demise.

Twain had seen too much and lost too many, and in the final stage of his life, he sank into deep depression. When his wife Livy died in 1904, he wrote: “Why am I required to linger here?” 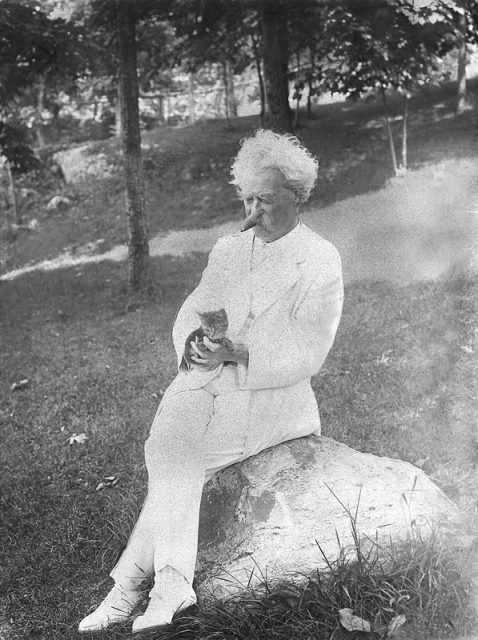 On December 24, 1909, yet another crushing blow: the death of another daughter. Jean was found in the bathtub, after suffering a seizure and sliding beneath the water’s surface.

Twain would tell his biographer: “I always envy the dead.” He would get his wish just four months later, on April 21, 1910. Noted his friend Joe Twichell, upon hearing the news: “With all his brilliant prosperities he had become a lonely, weary-hearted man, and the thought of his departure hence was not unwelcome to him.”

Over the years, on the anniversary of his death, places associated with Twain have paid tribute in ways the writer would most likely have approved. In Redding, Connecticut, where Twain lived from 1908 until his death, a wake was held, complete with eulogies and jazz.

Read another story from us: Mark Twain – The Vandal Abroad