New Findings Suggest Vlad the Impaler was Imprisoned Beneath this Castle

Attempting to imprison Vlad the Impaler might seem an awfully risky move, but in the 15th century that is exactly what one Hungarian leader is believed to have done, keeping Vlad in the chambers beneath his palace.

Or at least that’s what new research using radar scans of the ground beneath Castelul Corvinilor suggest.

The scan findings were presented on December 12th at the annual meeting of the American Geophysical Union. 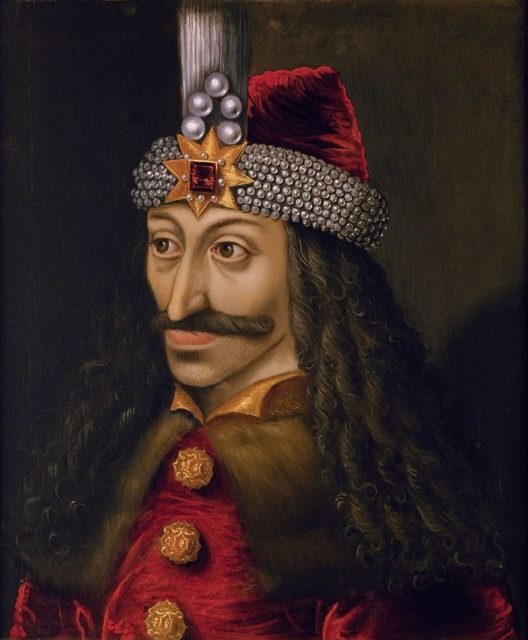 Ambras Castle portrait of Vlad III (c. 1560), reputedly a copy of an original made during his lifetime.

Castelul Corvinilor — also called Corvin Castle as well as Hunedoara Castle and Hunyadi Castle — began as an outpost built in what was then Transylvania, now Romania.

The structure’s oldest mill fortifications date to the 14th century, and a shift from outpost to palace was taking place in the 15th century, according to lead researcher Isabel Morris, a doctoral claimant with a Department of Civil and Environmental Engineering from Princeton University. 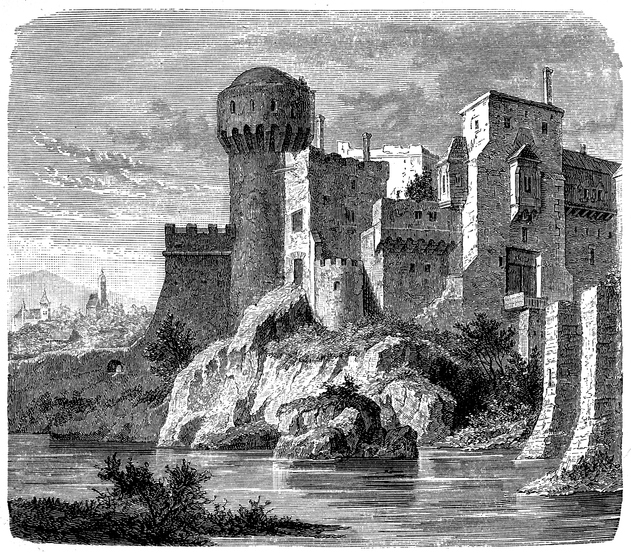 Corvin Castle is now considered one of the seven wonders of Romania and one of the largest castles in Europe.

In the 15th century, Vlad III, king of Wallachia, aka Vlad the Impaler, was reportedly detained in Castle Corvin by a leading Hungarian noble, John Hunyadi (Ioan de Hunedoara). The powerful Hungarian had tangled with Vlad’s family. Vlad’s father and eldest brother were murdered after Hunyadi, regent-governor of Hungary, invaded Wallachia in 1447.

During this time Hunyadi installed Vlad’s second cousin, Vladislav II, as the new ruler. It is thought probable that Vlad was held in the castle’s underground chambers, and there is even a legend that he went insane while captive. (He was also a hostage in Turkey while he was young.)

Little is known about Vlad III’s whereabouts between 1448 and 1456, and this could have been the time when he was held underground in the castle. 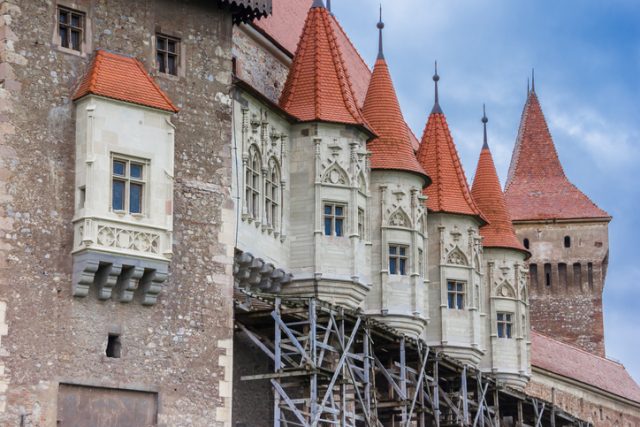 Hunedoara, Romania – June 1, 2014: Towers of the Hunedoara Castle in Romania.

Later Vlad was freed from the castle and was able to hold control of his father’s domains; he had many people murdered who he believed were his enemies. He was also a fierce opponent of the Ottoman sultan. His actions would be called genocide, or war crimes, by today’s standards.

Vlad the Impaler is sometimes referred to as the real-life inspiration for Count Dracula, invented by Bram Stoker in his 1897 novel and depicted countless times since. 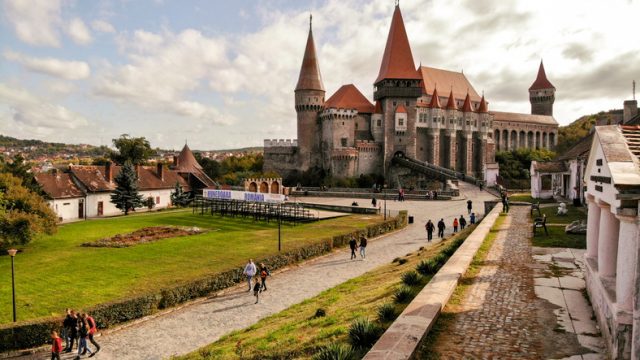 The connection between Vlad and Dracula comes from the word “dracul.” Vlad’s father was inducted into a knightly order, the Order of the Dragon. This designation earned him a new surname: Dracul. The name came from the old Romanian word for dragon, “drac.”

His son, Vlad III the Impaler, would later be known as the “son of Dracul,” or in old Romanian, Drăculea, hence Dracula. In modern Romanian, the word “drac” refers to the devil too. 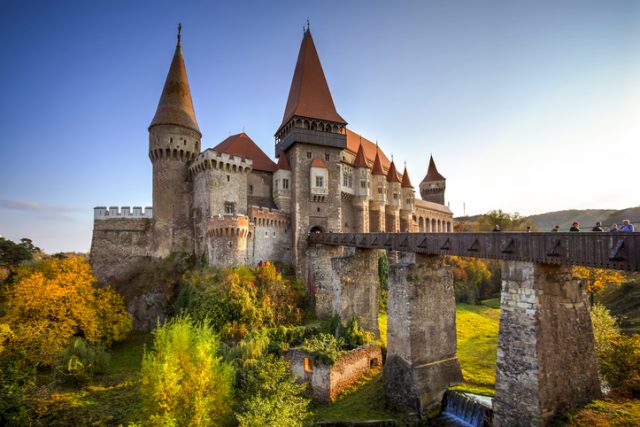 It is possible that Vlad’s first wife was the illegitimate daughter of the man who imprisoned him, John Hunyadi.

Bram Stoker never explicitly said that his vampire creation was Vlad the Impaler, only that he was from an old noble family. The connection was made more directly in Francis Ford Coppola’s film Dracula and in such novels as Elizabeth Kostova’s The Historian.

Because of centuries of rebuilding and additions, archaeologists weren’t certain where Corvin Castle’s substructure was located. Radar scans have helped them pinpoint rooms that were in use during that time. Hard evidence of Vlad’s presence is lacking, however.

Read another story from us: New Findings Reveal the Books that Inspired Bram Stoker’s Creation of Dracula

“The research has uncovered a previously unknown torture chamber but no evidence – physical or paranormal – of whether Vlad spent time there in it during an alleged 7-year imprisonment at the castle in the 1400s,” according to Mysterious Universe.

Vlad III died in battle in 1476 or 1477. His body was cut into pieces and his head was sent to Mehmed II, the Ottoman sultan.