Norwegian Carl Størmer became a force to be reckoned with in the fields of math and astrophysics. But he also had other interests.

Every great mind starts somewhere and it was the business of photography that caught his eye… quite literally.

While studying mathematics at the University of Oslo (formerly the Royal Frederick University, Kristiania) he found himself dabbling in the fine art of taking snaps. 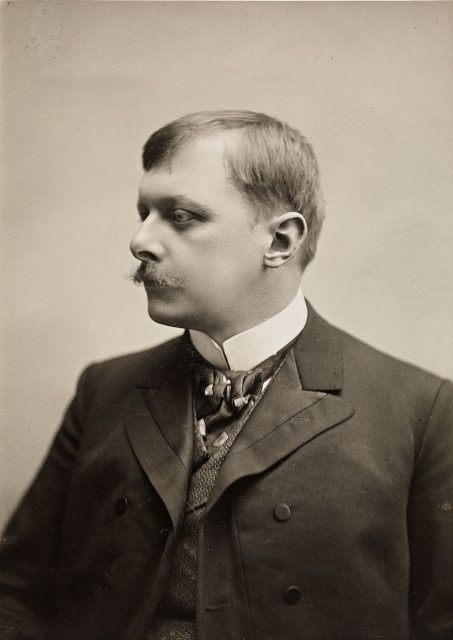 Yet these were no ordinary pictures. Burgeoning talent that he was, 19-year-old Størmer used the historical equivalent of the spy cam to capture city life at its most naturalistic. 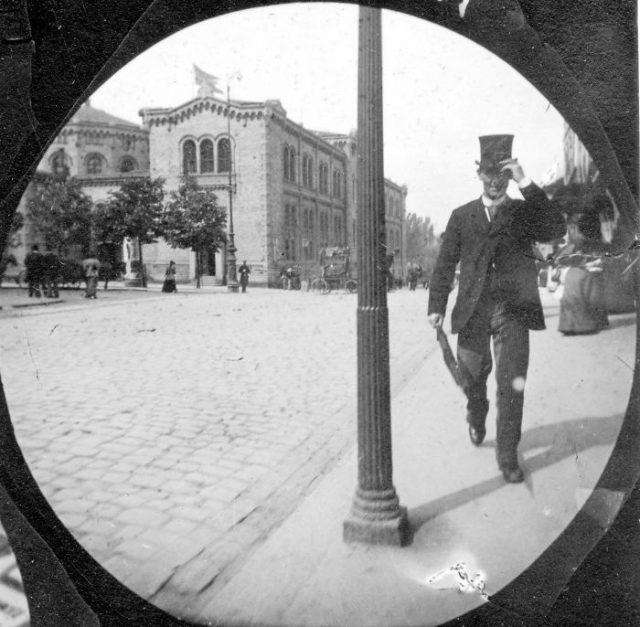 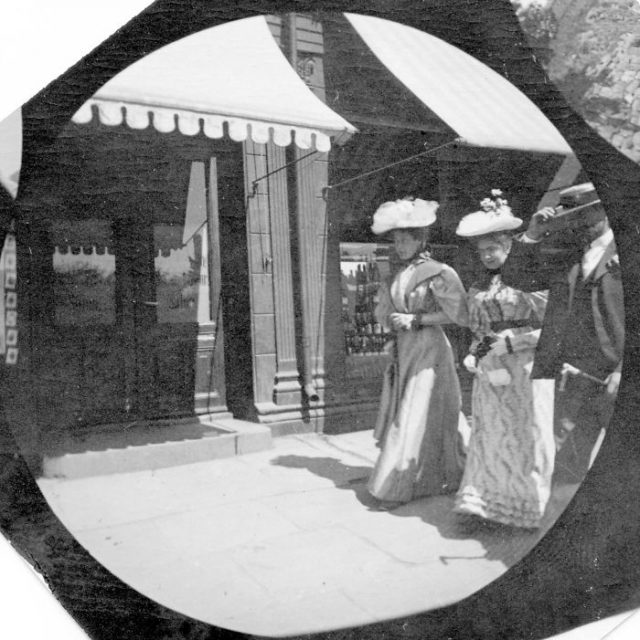 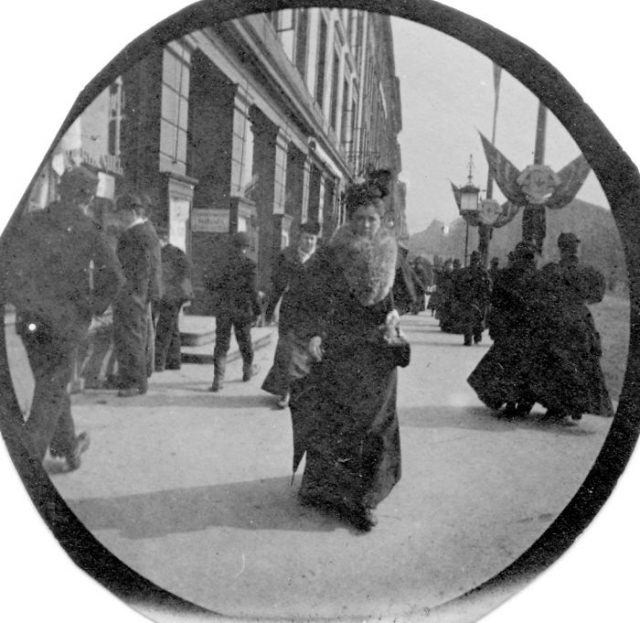 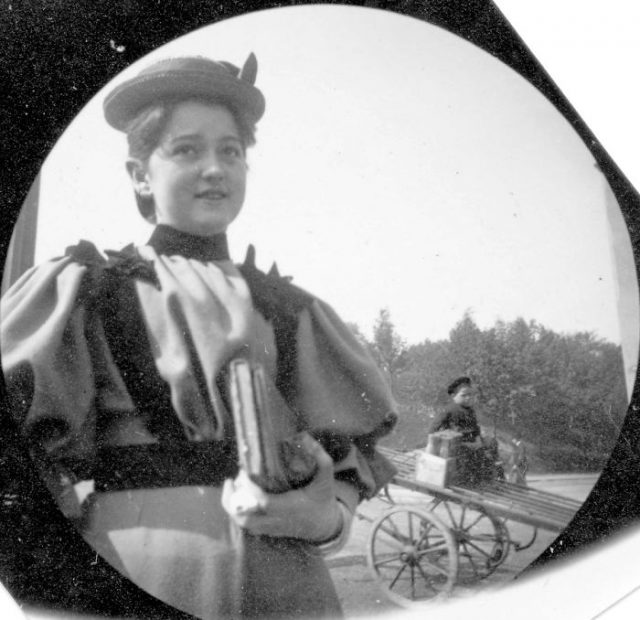 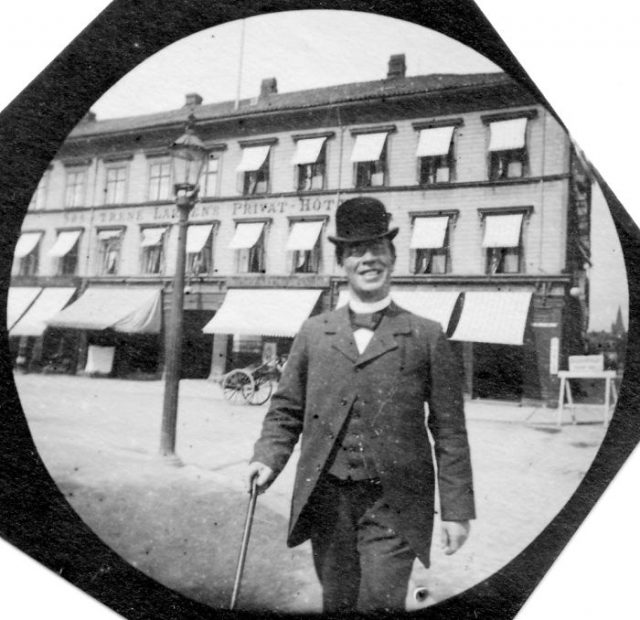 According to My Modern Met, the camera “was so small that the lens fit through the buttonhole in his vest with a cord that led down to his pocket, allowing him to secretly snap away.” 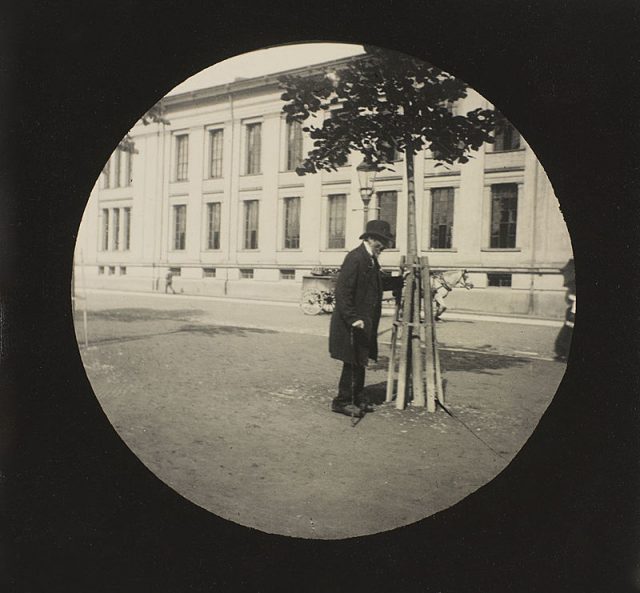 However the inspiration for this covert activity came from a decidedly unscientific source. By all accounts it was his hidden passion for a lady that led to a penchant for hidden photography. This fact emerged in his Fellows of the Royal Society biography. 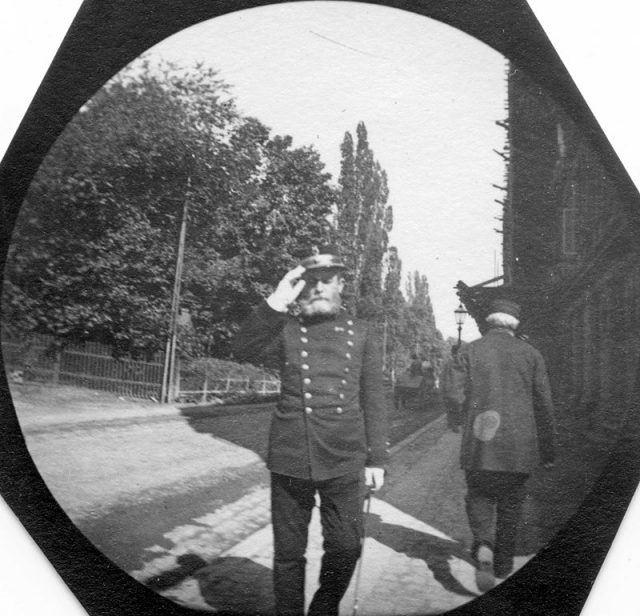 Like many lovestruck gentlemen, Størmer lacked the courage to approach the object of his affection directly. So he took a secret picture of her instead, in lieu of the relationship he thought would never be. 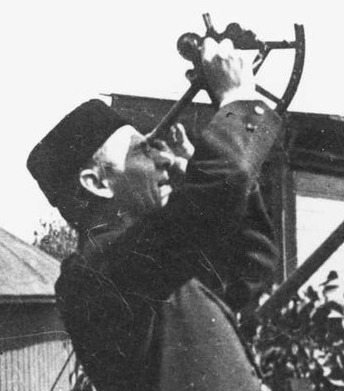 It apparently isn’t known what the lady in question thought. Presumably she never found out! Following this, he appeared to have been bitten by the bug and pursued this new interest with furtive vigor. 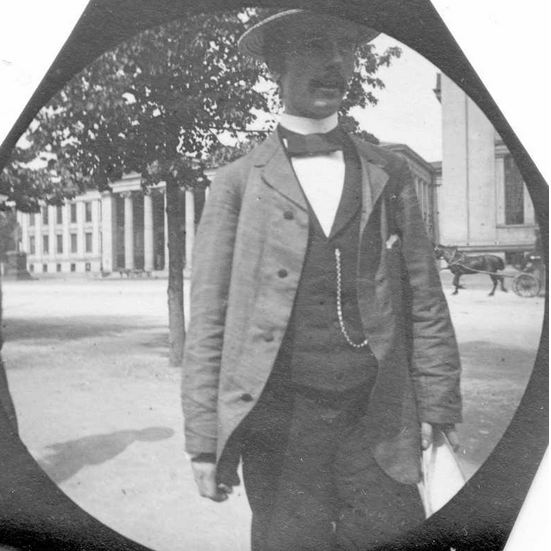 Between 1893 and 1897 he used his buttonhole lens to photograph passers by on Oslo’s famous Karl Johansgate street. He began “Working like a paparazzo,” with his subjects being generally unaware they had been preserved for the ages on celluloid.

Not everyone was taken in. There were “Friendly salutations” on the faces of his chosen people, yet also “suspicious glances” which “play out across his work, serving as some of the first examples of street photography.” 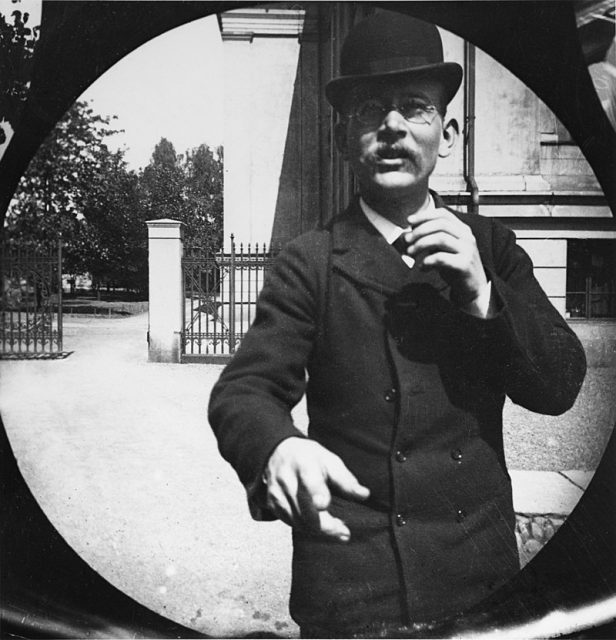 Størmer’s images are diverse, and challenge the notion of 19th century photos as stiff, lifeless affairs. Predating the era of the cameraphone and surveillance culture, he got intimate shots of strolling ladies, babies and even cats.

Celebrities also appeared in front of his artificial eye — writer Henrik Ibsen was snapped among others. 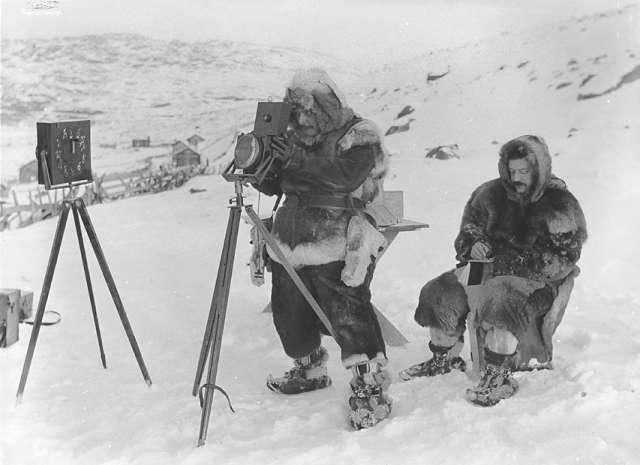 Carl Størmer with assistant Birkeland in 1910.

It’s not known whether Ibsen was cracking a smile or not, but such details are what makes Størmer’s work stand out from the crowd. Lomography.com wrote that “More importantly, most of the spy shots Størmer took had people smiling and grinning (and we all know that people don’t generally smile for photographs in early photography).”

After taking nearly 500 photos, he went on to the career he is noted for. The development of pics was replaced by the development of “Størmer’s Theory”, part of the branch of pure mathematics known as number theory. 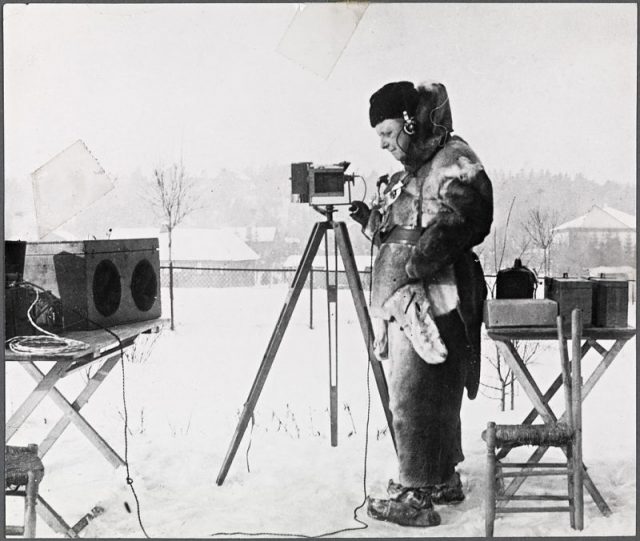 Maybe he felt he was lacking ambition, because he also wrote the physics tome From the Depths of Space to the Heart of the Atom. His place of study turned into his base of operations, with Størmer working as a professor at the university for over 40 years.

Størmer passed away at the age of 82 in 1957, though his collection of secret snaps did not die with him. A decade or so earlier he’d showcased his shots of famous faces in a public exhibition. He was regarded as a skilled amateur, albeit a smarter student of photography than the average.

Read another story from us: These Elderly “Sea Women” are as Close as it Gets to Real-Life Mermaids

He never lost sight of his extra-curricular activity, applying it to the stars in his writings on astrophotography. If Størmer had managed to capture the 19th century gentleman in a casual mood, then surely photographing cosmic phenomena wouldn’t have been much of a stretch!