Slavery is a beastly practice that almost every race and civilization has participated in at some time.

The American South’s slave trade was arguably the highest scale of human trafficking in history. Socioeconomic status had a small role, overshadowed simply by the color of one’s skin.

To be held against one’s will and sometimes forced to live in squalor and work from sunup to sundown, knowing the real possibility that families would be separated and cruel overseers would beat them, was a terrible fate — one that many tried to escape, and some succeeded and went on to become great successes.

Here are the stories of a few. 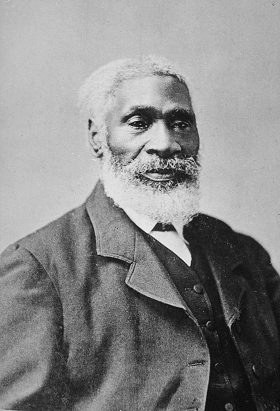 Josiah Henson was born in Maryland in 1789. He and his family endured a harsh overseer who beat his slaves almost to death and sometimes mutilated them. Henson’s father was subject to this and was eventually sold, never to be heard from again.

Britannica.com tells us Josiah was also sold several times and ended up with Isaac Riley of Montgomery County. He proved to be trustworthy enough to be appointed as an overseer. 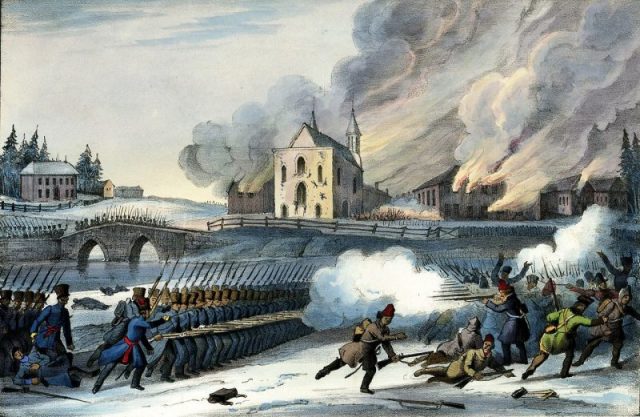 Henson and Riley had made an agreement that Henson could buy his freedom, but when the time came, Riley raised the price and considered selling him.

Henson gathered up his wife and children and disappeared into the night. They made their way north by way of the Underground Railroad and set up a new life in Canada. 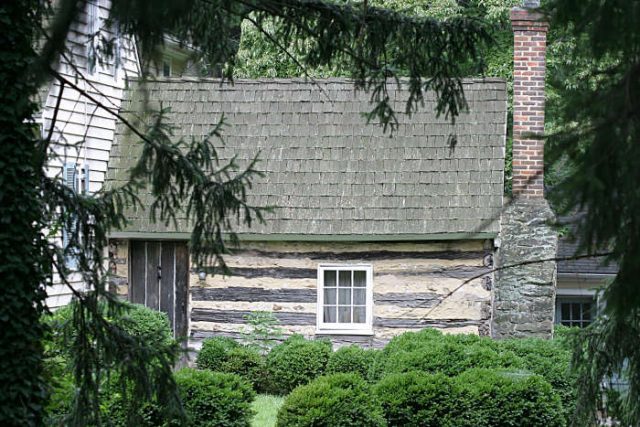 He became a conductor on the Underground Railroad, and, after meeting with Queen Victoria for support, he established a learning center for former slaves in Dresden, Ontario. 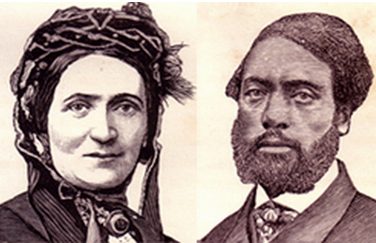 William and Ellen Craft from Georgia lived on neighboring plantations but met and married. Ellen was light skinned and was able to pass for white.

In 1848, she cut her hair short, donned men’s clothes and eyeglasses, wrapped her head in a bandage and her arm in a sling to make it seem as if she was an injured white man traveling with his slave, William, and they boarded a train for Philadelphia. 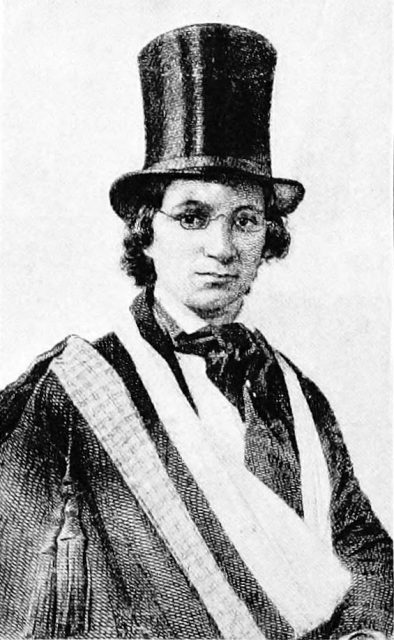 The sling allowed her to avoid writing, as she was illiterate. There were some minor bumps along the way between the train and steamer voyages, but the Crafts arrived safely in Philadelphia in December. They stayed with sympathetic Northerners and made their way to Boston. After a short time, the Crafts left for England and spent their lives there. 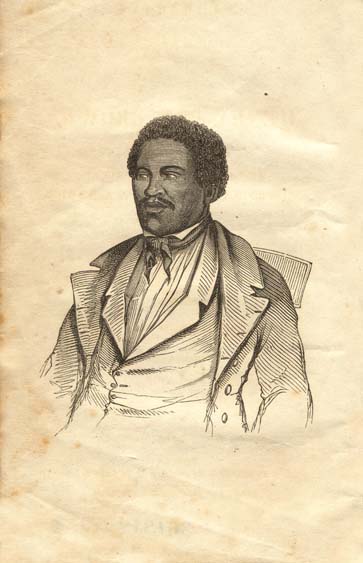 Henry Brown was a Virginian who, in 1848, had just lost his family as they were sold and taken away. He decided he would ship himself north in a crate.

He obtained a two by three wooden box, stuffed himself in, and had himself placed on a wagon bound for a steamship and then on a train heading for the home of a previously contacted sympathizer in Philadelphia. 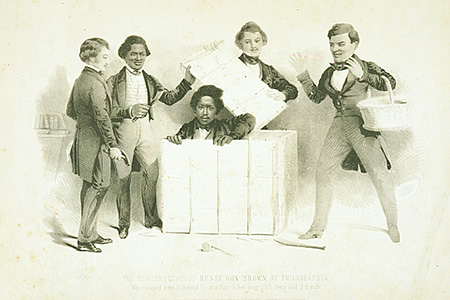 The Resurrection of Henry Box Brown at Philadelphia, a lithograph by Samuel Rowse published in 1850.

He spent 27 hours in the crate, an hour and a half upside down. Brown was unpacked in Philadelphia no worse for the wear, but after the Fugitive Slave Act went into effect, he headed for Great Britain. After the war, he returned to the United States and made his living as a magician. 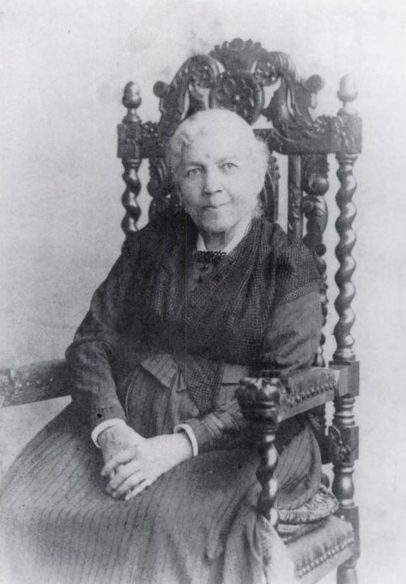 Harriet Jacobs escaped violence and cruelty by running away from her North Carolina master in 1835. While a slave, she had an affair with a local white lawyer, Samuel Tredwell Sawyer, and the couple had two children. She attempted to persuade her master to sell her children to their father by running away and soon found herself hiding in her free grandmother’s tiny attic for seven years.

According to DocSouth, Sawyer did buy the children, but rather than freeing them, he sent their daughter to New York to work as a servant. Jacobs went to New York and reclaimed her daughter, Louisa, and her son, Joseph.

They remained in New York for a while, but, as Jacobs was still a fugitive slave, they moved to Boston to evade her master who was still looking for her.

In 1849, she returned to New York and joined her brother who was working with abolitionists, including Frederick Douglass. She was encouraged to write her story, and her book, Incidents in the Life of a Slave Girl, was picked up by a Boston publisher. It was a no holds barred expose of the little talked about intimate requirements of a female slave and revealed her reason for having an affair with someone other than her master — she was free to choose the relationship; it wasn’t forced upon her. Jacobs worked with former slaves in the North and South when she and her daughter returned after the war. 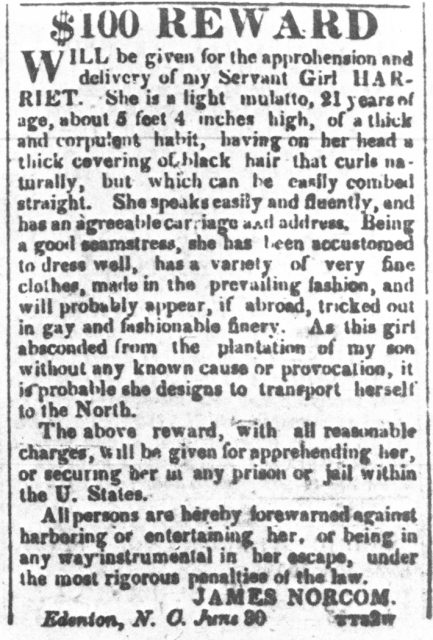 Reward notice issued for the return of Harriet Jacobs.

They were forced to move back north to Massachusetts where they continued their activism by helping freed blacks while her daughter educated them in the Jacobs’ newly established school, enabling them to take care of themselves. Harriet died in 1897 and she, her daughter who died in 1917, and her son are buried in Mount Auburn Cemetery in Cambridge, Massachusetts.

Thornton Blackburn was born into slavery in Kentucky, and, with his wife, escaped in 1831. With the aid of sympathetic citizens along the way, they made it to Detroit, Michigan where the Fugitive Slave Law of 1827 was rarely enforced. According to Detroit Historical Society, by 1833 their former master had tracked them down and they were arrested the day before they were scheduled to cross over to Canada.

Two black women of somewhat high social esteem visited Mrs. Blackburn in jail, and she was smuggled out, leaving one of the ladies in her place. Mr. Blackburn was scheduled to be sent back to Kentucky, but a gathering of protesters made such a scene in the streets he was able to slip away unnoticed.

He and his wife reunited and made their way to Canada where, after working hard and saving money, he was able to start and maintain a successful cab business.

« The Dark Kingdom – Disney’s Failed Plan for a Theme Park Based on Villains
50,000-yr-old Ivory Tiara from a Woolly Mammoth Found in Siberian Cave »