The finding of a plane wreck in the English Channel could provide an explanation for an enduring mystery that happened to a U.S. serviceman in 1969.

US Air Force mechanic Sergeant Paul Meyer, stationed at RAF Mildenhall in Suffolk, was homesick and reportedly struggling with alcoholism when he got a piece of bad news. On May 22, 1969, Meyer was told he could not return to a US Air Force base in Virginia to see his family.

Taking the name of “Captain Epstein,” he took control of a plane, a Hercules transporter C-130, and took off from Suffolk. Meyer was supposedly drunk and not an experienced pilot by any means. 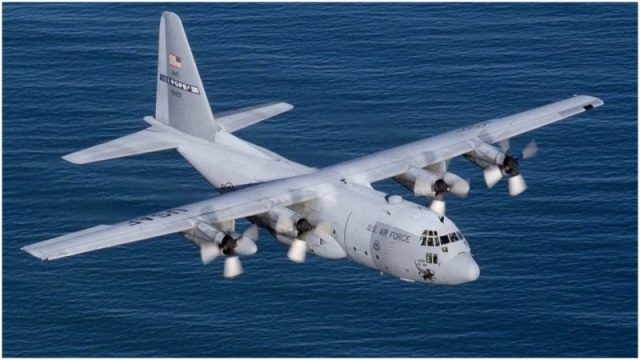 In 30 minutes, all contact was lost. Meyer was never seen again, and the plane disappeared as well. A few days later the life raft washed up on the Channel Island of Alderney.

It was a mystery that preoccupied professional diver Grahame Knott, and though it took him 10 years, he has located a plane wreck that he says could very well be the one Meyer took.

This could bring closure to the question of whether Meyer lost control of the plane and crashed in the Channel or if he was shot down to prevent him from crashing in a densely populated area. 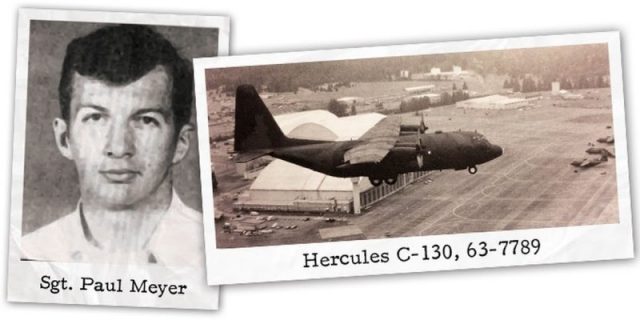 “It cost me a fortune in beer,” Knott told the BBC, “and I had to filter out a lot of chuff.” Reportedly a lot of his research was spent in pubs along the south coast of England, looking for men who operated trawlers and scallop dredgers.

“These boats scrape nets along the seabed and occasionally turn up curious pieces of metal — which is what Knott was buying beer to hear about,” said the BBC. “By listening carefully, he could guess whether the objects were likely to have come from aircraft, and if so how old they were, though it was not always easy to know exactly where they had become snagged in the net.”

In the spring, Knott hopes to dive to the wreckage again and take photographs so that he can create a computerized 3D image of the crash site. 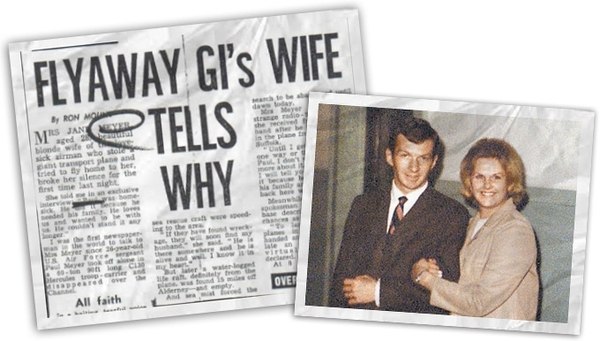 It is hoped that air accident investigators will be able to conclude what caused the plane to go down.

“We’re story hunters who dive wrecks to satisfy our curiosity,” said Knott. “It’s not like a typical boat wreck — it’s more like a sacred site, especially since Meyer’s family are still alive.”

With the Meyer family’s approval, Deeper Dorset launched a Kickstarter campaign to help fund a year-long project to find the plane’s crash site and document the remains.

According to the Kickstarter page, the team would use “cutting-edge 3D photogrammetry technology to build detailed models of the underwater wreckage, with the goal of uncovering the truth of what happened to Meyer.”

There are many wrecks in the Channel. Eventually, with the information Knott acquired, he was able to narrow down his initial 100 square mile search zone to five target areas in a 30 square mile area of the sea.

In March 2018, Knott intensified his search.

With members of the Deeper Dorset diving team, he would set out from Weymouth for 16 hour searches. He told the BBC they “had to dodge enormous container ships as they zig-zagged to-and-fro in one of the search zones.”

First, they saw sonar readings telling of an object of interest. They then lowered a video camera to take a look. This confirmed it was aluminum, because of the distinctive way the metal corrodes.

“Then we spotted a wheel sticking out the sand, then a section of wing with rivets, it just got bigger and bigger,” says Knott.

Read another story from us:The mystery of what happened when a drunken mechanic stole a military plane

This was it, the Hercules that had gone missing, he said.