It has been only within the past 20 years or so that awareness of mental and emotional disabilities has increased, and treatments have been devised to help people live somewhat normal lives.

Before this, mental health issues were largely swept under the rug. People were often hidden away in mental institutions that did more harm than good.

One of the most infamous modern institutions was the Willowbrook State Developmental Center located on Staten Island in New York. 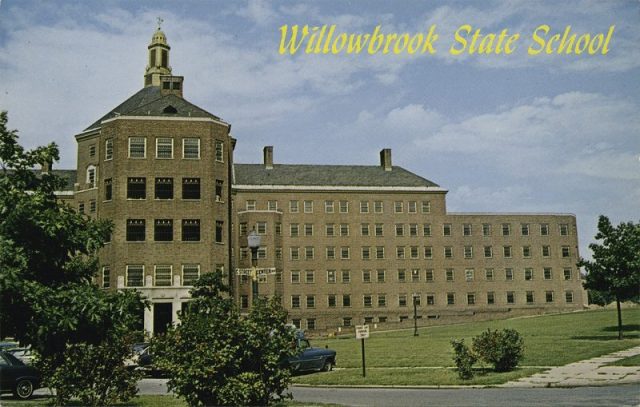 A postcard of Willowbrook State School, picturing the Administration building.

Originally many people wanted the buildings to house disabled veterans from the recent World Wars, but Governor Thomas Dewey felt that the location would better serve those in society, especially children, who were “feeble minded” or needing highly specialized care. What they got was neglect, abuse, and disease. 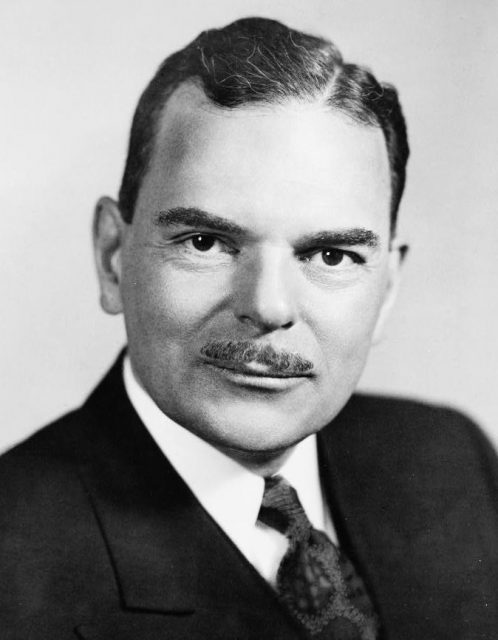 There was little funding, which resulted in low staffing and lack of essential items such as clothing and hygiene supplies. Showers were few and far between with no soap or towels available.

As there was no planned structure for their care, patients were left to wander the halls on their own. They sometimes grouped together in corners, and many were left to sit in their own faeces or urine. Lack of clean clothing caused some patients, especially the children, to live naked. 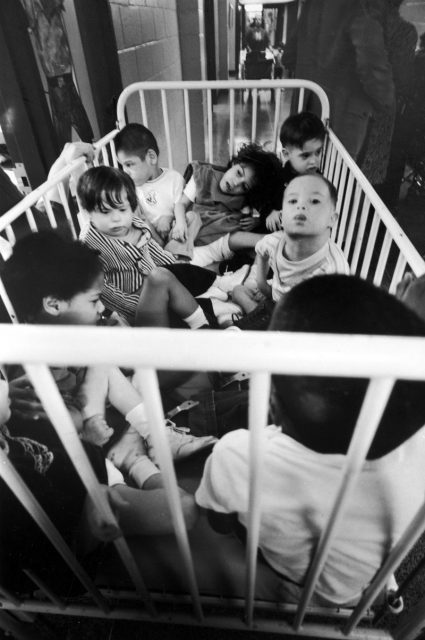 Physical and sexual abuse were rampant. There was no separation of those with mental issues such as Down Syndrome from the more debilitating untreated schizophrenia and bipolar issues.

Screams and yells from uncontrolled patients filled the halls on a daily basis. According to timeline.com, in 1960, measles ran rampant through the institution, killing about sixty residents. Almost every resident was exposed to hepatitis, sometimes intentionally.

Dr. Saul Krugman, a New York physician, and Dr. Robert W. McCollum of Yale University were attempting to develop a treatment for hepatitis and used the Willowbrook residents to as experimental subjects, with no consent from the patients or their families. 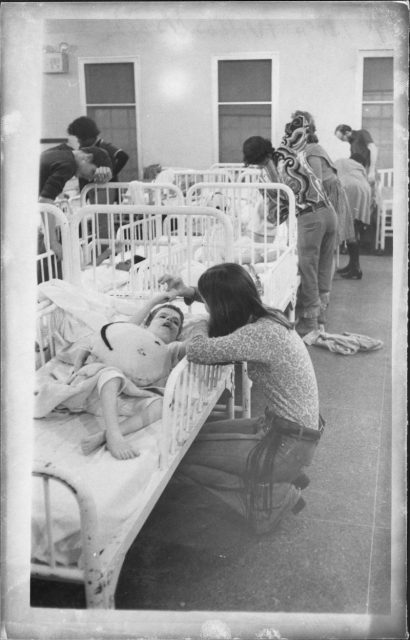 While they were successful in developing treatments for hepatitis and measles, many in the medical community were abhorred by their methods, which ignored patient’s legal rights to good medical care.

A talented young politician, Robert F. Kennedy, compared the institution to a “snake pit,” but his assassination in 1968 left the country with one less powerful advocate for mental illness.

In 1972, an up and coming reporter for ABC, Geraldo Rivera, was able to sneak into Willowbrook aided by a disgruntled employee. 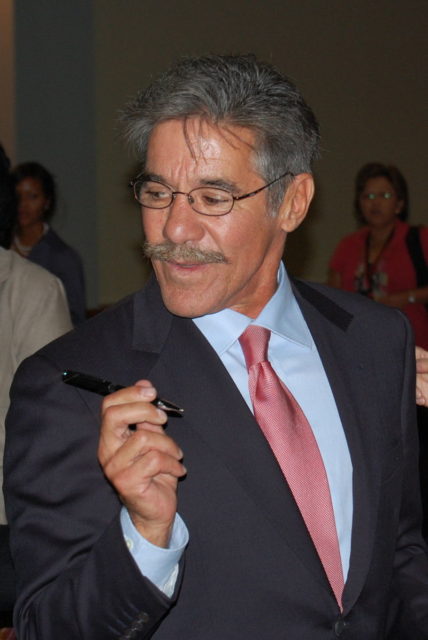 He and his associate, journalist Jane Kurtin, filmed and photographed the residents. A high functioning resident, Bernard Carabello, who had spent 18 of his 21 years in Willowbrook, spoke to Rivera.

Afflicted with cerebral palsy, he was unable to speak or move correctly but was intellectually very keen. His remarks on camera, quoted on Rooted in Rights, included this: “I got beaten with sticks, belt buckles. I got my head kicked into the wall by staff … most of the kids sat in the day room naked, with no clothes on. There was a lot of sexual abuse going on from staff to residents, also.” That shocked the nation as did the revealing photographs and video.

Not long after the exposé aired, residents’ family members brought a lawsuit against Willowbrook citing that the conditions violated the constitutional rights of the residents. The success of the lawsuit began a slow process of closing the institution.

According to Disability Justice, more than 12 violations were stated including confining residents for indefinite periods, failing to release residents eligible for release, failing to conduct periodic evaluations of residents, and overcrowding.

The legislation that stemmed from the lawsuit included the Willowbrook Consent Judgment that outlined humane treatment for the disabled, the Protection and Advocacy System in the Developmental Disabilities Assistance and Bill of Rights Act of 1975, the Education For All Handicapped Children Act of 1975, and the Civil Rights of Institutionalized Persons Act of 1980. In 1987 the institution finally closed.

Read another story from us: A Patient from 1960 Still Sends Anonymous Christmas Cards to the Hospital Staff

Rivera won a Peabody award for his exposé of Willowbrook, which can be seen on YouTube, and he followed up with Unforgiven: 25 Years After Willowbrook in 1997. The property now houses the College of Staten Island and the Office for People With Developmental Disabilities.