Mexican archeologists claim they have a significant discovery at hand.

The country’s National Institute of Anthropology and History shared on January 2 that they’ve found an early temple, perhaps the very first, of the ‘Flayed Lord’. This concerns a popular ancient god that fulfilled several worship roles but its most important was connected to regeneration, growth, and fertility.

The relics associated with the ancient deity resurfaced during recent digs at ruins belonging to the Popoloca people at the Tehuacan archeological site in Mexico’s Puebla state. 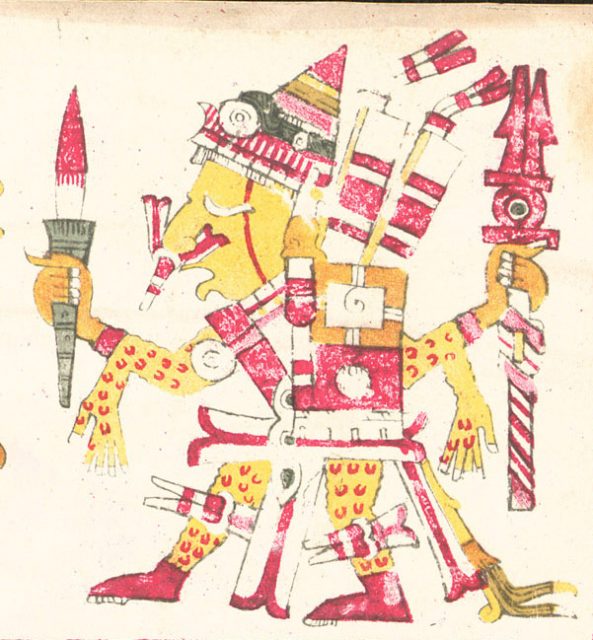 Xipe Totec as depicted in the Codex Borgia, shown holding a bloody weapon and wearing flayed human skin as a suit.

The depiction of the deity, whose name is Xipe Totec, consists of prominent-looking stone carvings including head parts weighing over 400 pounds and a distinct trunk part. All were found in pristine condition.

Among the most intriguing detail is one extra hand that is hanging from one of the deity’s arms, symbolizing a sacrificed person’s skin hanging over him.

Not all details of those sacrificial rites are fully clear to archeologists. 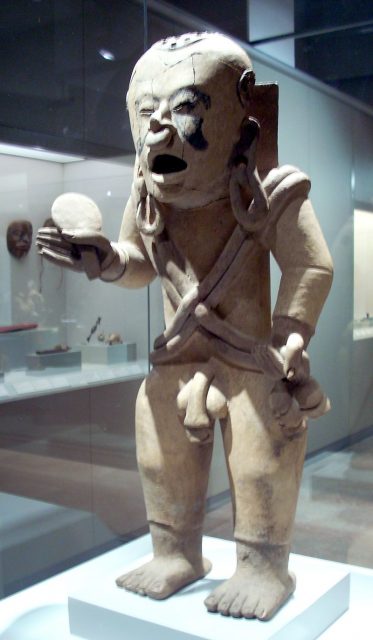 Ceramic statue of Xipe Totec from the Gulf coast, now in the Museo de América in Madrid. Photo by Simon Burchell CC BY-SA 3.0

Another intriguing decoration on the torso part includes a feather skirt.

The finds’ age is estimated to be in between 900 and 1150 A.D., which likely makes it the earliest known representation of Xipe Totec found so far in the country.

The cult of Xipe Totec traveled wide throughout Mesoamerica and was accepted also by the Aztecs, to whom the Popoloca people succumbed to. But the Aztecs would alter the way they treated this deity. Supposedly they assumed this was the deity who contrived war. 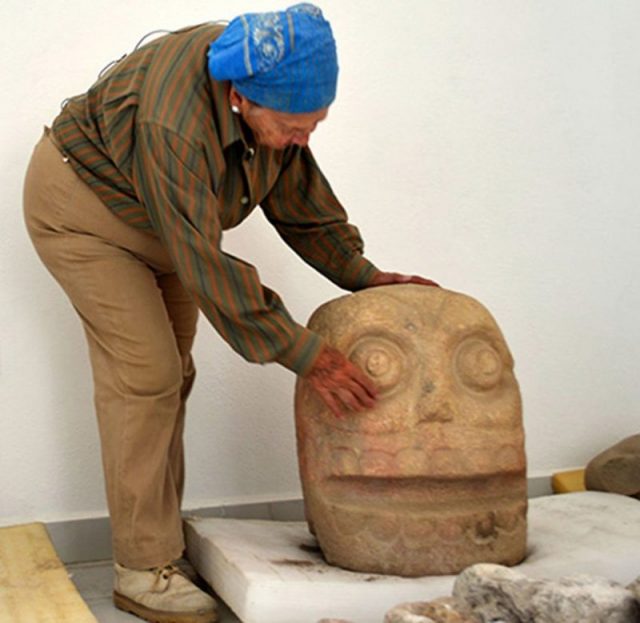 The temple site where the recent relics of Totec were found should have been completed by the Popolocas sometime between the 11th and 13th-centuries and is contained within a bigger complex called Ndachijan-Tehuacan. The Aztecs, who most likely originated from the north of Mexico, forged their presence in Mesoamerica during the 13th-century.

According to archeologist Noemi Castillo who commented in a press release, the figure of the deity also “has a hole in the belly” which would have been used “to place a green stone and ‘endow them with life’ for the ceremonies.”

The ancients also used a volcanic rock to produce the sculpture work. The rock in question could be rhyolite but since such a resource has not been traced locally, it must have been obtained from a more remote area. 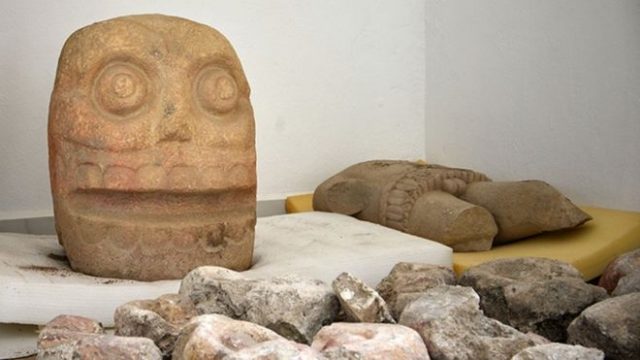 The sculpture work likely had an important function on the sacrificial altars where the captives to the deity were presented. For most of the time, those captives were either slaves or prisoners.

The Popolocas people who greatly relied on farming garnered a special relationship with Xipe Totec. In this deity, they saw a direct link with the natural cycles of Earth, and his worship came in place during the springtime. 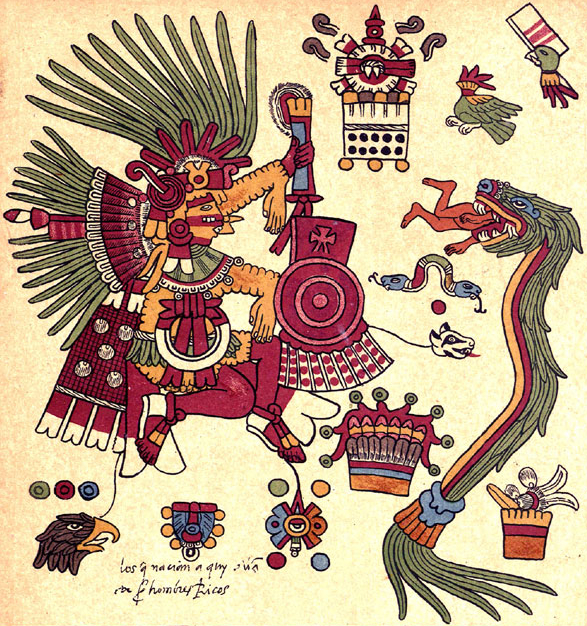 “The flayed skins, which rotted away to reveal a living human beneath them, represented fresh plants emerging from decayed husks,” writes the Smithsonian on the symbolism of this ritualistic effort.

According to more accounts that describe the rituals, the processions took place at different platforms. The sacrificial death of the chosen captives should have been held at one temple, but their skin was then ritually stored in another temple and only after it was worn by ritual participants for a couple of days on.

Archeologists have commented that the temple where the recent relics of the deity were found, could be one temple that clung to that function of storing the skin.

Each victim subjected to the sacrificial ritual would have been sacrificed either in a gladiator-like fight or presented on a platform where finished with arrows. The victims were then transported to another platform and besides having their skin removed there, their heart was also cut out in another gesture to admire God.

It was normally priests which oversaw the festivites and who then wore the skins.

While the principal function of Xipe Totec was to represent regeneration, his other domains included being the god of liberation (in a penitential context) and even enacting phallic god.

Read another story from us: The Mystery of the “Lost” Pyramid – Funerary Complex or Solar Temple?

Each item found in the recent dig is due to undergo lab tests and additional analysis which will help experts piece together more details.

« The Darker Side of how P.T. Barnum Became “The Greatest Showman”
The True-Life Inspiration for the Classic Story ‘Beauty and the Beast’ »