Ralph Lauren Owns the Most Expensive Car in the World

Ralph Lauren, famous for his love for old cars, has managed to amass more than 60 rare car models. He owns, among others, a 1958 Ferrari Testarossa and a 1929 Bentley Blower.

All his cars are securely stored in a hidden park building in Bedford Hills, New York. Among them is a rare gem which he acquired in 1988.

It is a Bugatti 57SC Atlantic, and it is worth a ridiculous $40 million. The Atlantic that is in Lauren’s ownership is officially the most expensive car in the world.

The puzzling question is how can a car be worth a fortune? As Jalopnik reports: “It’s a beautiful car, but not $40 million beautiful. Then again in that rarefied air, you’re not paying for value, but for exclusivity.” 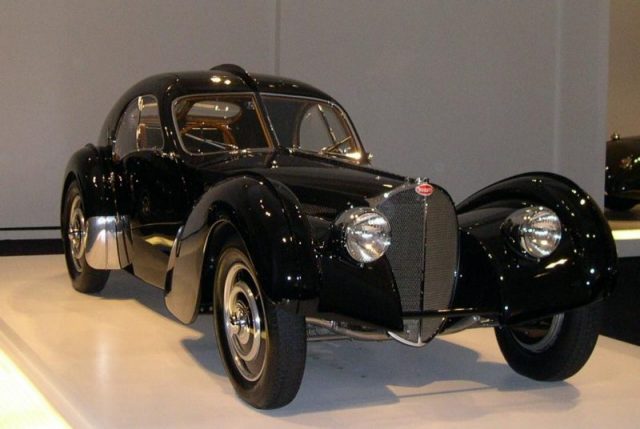 While it can be seen as “only” a car, the Atlantic is much more than that. It is a historical monument of pre-War Europe on wheels.

The Bugatti Type 57, that includes the Atlantic, was a creation of Jean Bugatti, the son of the founder Ettore.

The cars were built between 1934 and 1940 with only 710 produced. The 57 SC type, the one that Lauren owns, is one of the most iconic models ever produced.

The “S” in the name stands for “surbaissé” which means “lowered” and C “compresseur”, a supercharger that was made as an answer to customer desire for higher power.

Now there are only two 57SC models left in the world, with originally only three being produced to our knowledge. One was destroyed in a train accident in 1950. 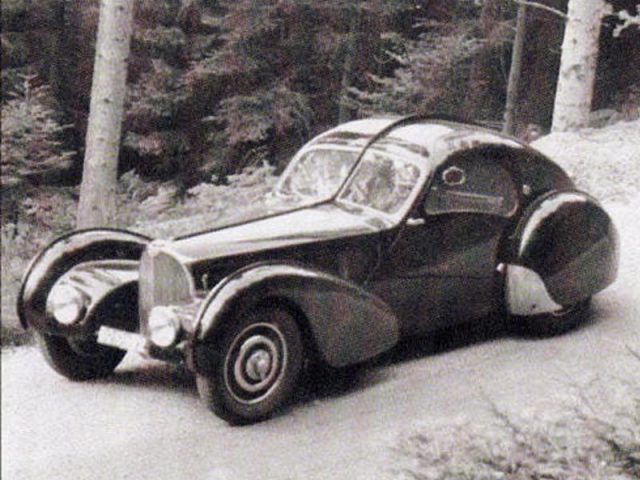 The other one is now in the Mullin Automotive Museum in Los Angeles — was sold to the museum for $38 million. The only free-roaming model is in the hands of Ralph Lauren.

When Jean Bugatti produced it not many of his contemporaries understood the design. He debuted his Aérolithe concept in Paris in 1935. Aérolithe was the first model in the Type 57 collection.

The cars were made of lightweight, but very sturdy magnesium alloy called electron instead of the aluminum sheets that usually coated Bugatti models. 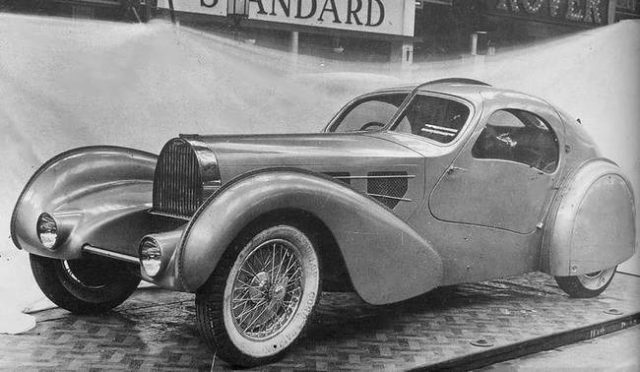 Magnesium is a highly flammable metal, which made it incredibly difficult for Jean to find a way to keep the parts together. However, he came up with an idea to connect the panels with external rivets and ridges along the roof.

Nobody took his new concept seriously, and even Ettore was embarrassed and disappointed by this fact. However, with time passing the elektron panels became a signature ingredient of Bugatti cars and the Atlantic was built in the same manner.

Lauren’s model was built in 1937 and was bought by a British Bugatti enthusiast in 1938. The fashion designer bought it in 1988 and hired a whole Paul Russell and Co. team to restore the model.

They have managed to completely restore the original glory of the Atlantic so that it is almost in the same condition as when produced.

The car still has some of the original features, including seats filled with horse hair and covered in goatskin leather, and the original EXK6 UK registration.

Read another story from us: Psychedelic Celebrity Cars of the 1960s

Lauren loves and takes pride in his Atlantic so much so that he took it as an inspiration for his new line of watches. He has created the whole collection based on the interior of his car. The watches feature black alligator straps and dials made of Elm burl wood.