Don’t Call it a Comeback! The Return of the Waterbed

Even though most of us associate waterbeds with the ‘70s and ‘80s, they actually were first conceived much earlier that.

Boyd Flotation talks about the unusual bed’s history, saying that legend has it they were first used in Persia, more than 3,500 years ago, and made of water-filled goatskins that were warmed in the sun.

There is apparently some debate over whether those early devices would have been used as beds for royalty, or perhaps they were used as a way to provide comfort for the elderly and the ill. 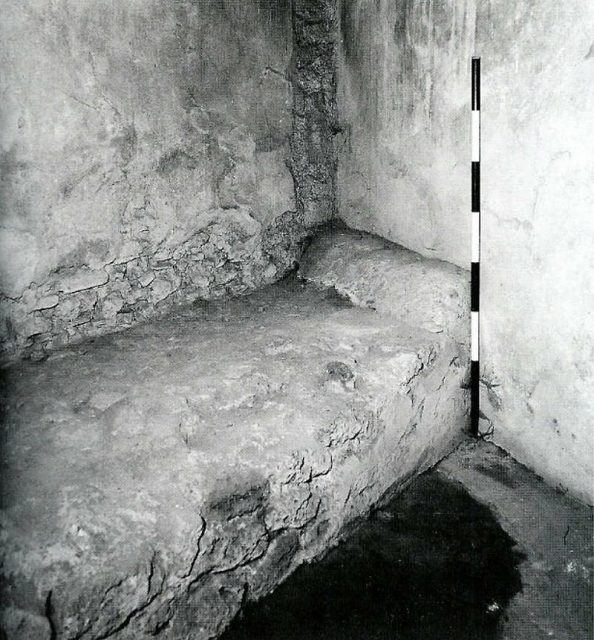 The waterbed didn’t show up in the Western world until the early 1800s, when Dr. Neil Arnott, a Scottish physician, put together an early version as a means of helping prevent invalids from developing bedsores.

By 1873, Sir James Paget from St. Bartholomew’s Hospital in London was using Dr. Arnott’s water bed to successfully treat patients, and ten years after that, Dr. William Hooper of Portsmouth, England, took out the first patent on a water-filled bed. 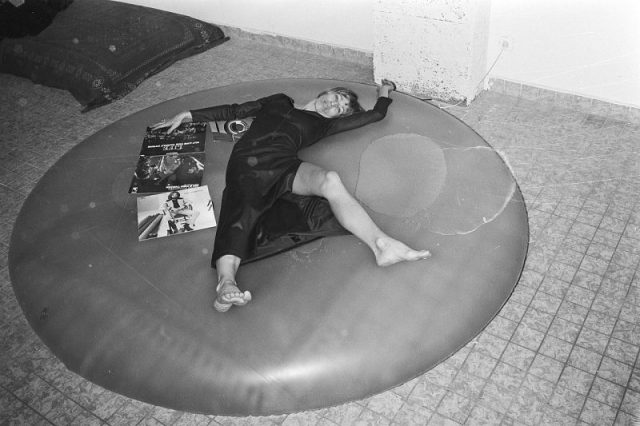 Both physicians saw the potential of flotation for helping a variety of conditions, from ulcers to rheumatism, but those first beds had a couple of major problems. 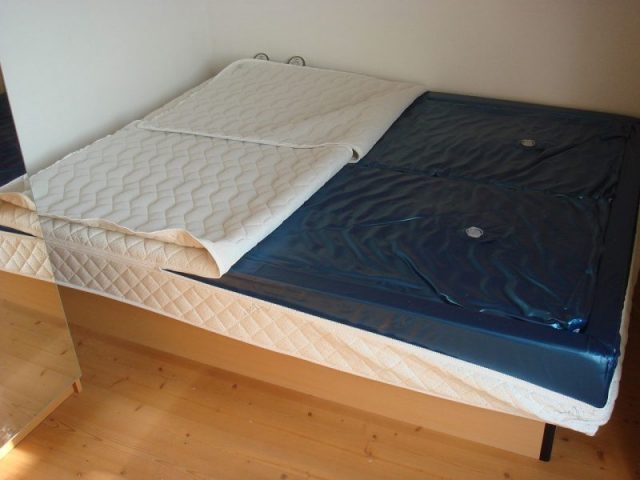 Softside Waterbed inside 160x200cm with heating and two waterchambers

According to the New York Times, it wasn’t until 1967 that a viable waterbed came into being at the hands of an engineering student from San Francisco State University named Charles Hall. Hall created what he originally referred to as “flotation furniture” as a project for one of his classes, although the process wasn’t without a few snags on the way.

Hall’s first attempts used a mixture of jello and cornstarch to fill the vinyl bladder that was the mattress — but not only was the filled mattress too heavy to move, but the gelatin would also go rancid after several days, producing an unpleasant odor. 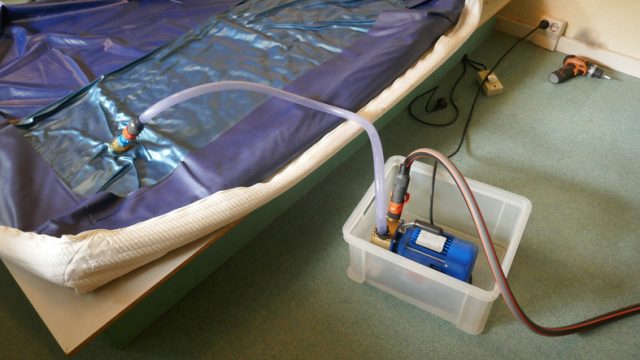 Hall did some fine-tuning (for instance, using water) on his original design, and, a year later, his first 8-foot-square, heated bed, dubbed the “Pleasure Pit,” went on display at a local gallery.

A phone call and a slow news cycle got Hall’s bed a bit of press coverage, and it ended up being talked about all over the country. His thought at the time was that it would act as both a bed and a chair, becoming the only furniture you’d ever need.

He tried to market his Pleasure Pit to mattress manufacturers and department stores but didn’t get any positive response. 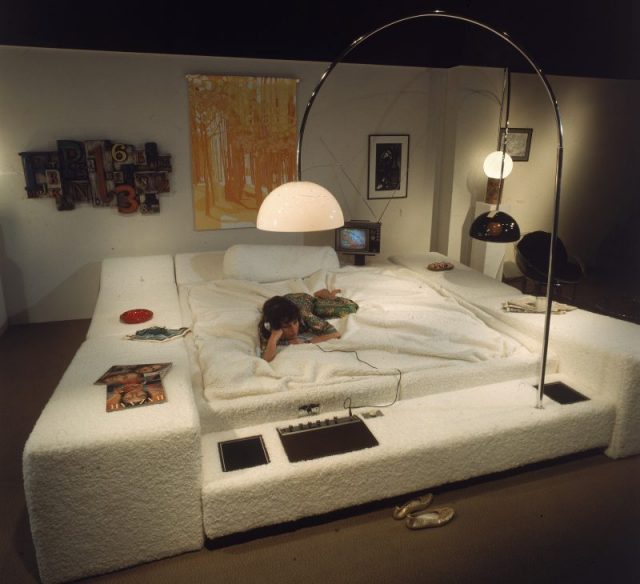 So Hall started selling his beds himself, carrying them in his station wagon to local head shops. He sold a few to celebrities – including one covered in green velvet to Hugh Hefner for his Playboy Mansion.

Despite the lurid applications he used to promote the first beds, Hall remained committed to the idea of creating a better sleep experience to promote well-being.

Eventually, he found investors and created a company, Innerspace Environments, which opened about 30 stores. Hall patented his designs, which were not cheap, but imitations with a lower price point and correspondingly lower quality started sprouting up like mushrooms. 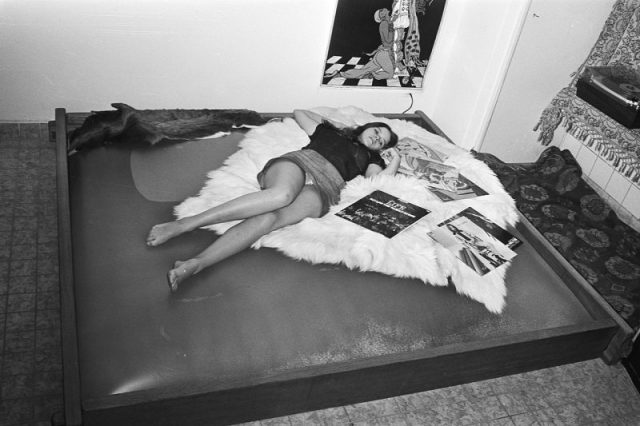 Hall filed for bankruptcy in 1975, for a couple of reasons. First, there was some mismanagement by his investors. Second, he had moved on to other projects that caught his interest, including things like camping mattresses and solar showers.

Even so, the waterbed’s popularity continued to grow. By the mid-1980s, it had become a much more mainstream item. By 1986, waterbed sales approached $2 billion and were approximately 12-15 percent of the mattress market. By the early ‘90s, nearly one in five mattresses sold in the U.S. were waterbeds.

As mattress technology, in general, continued to improve, however, waterbeds started to go out of fashion, replaced by less-expensive and less high-maintenance alternatives like foam and pillow tops.

Now, half a century later, Hall and two of his former colleagues are trying to bring the waterbed back. The old waterbed has been updated, and the men are calling their new company Afloat. The new version is definitely a luxury item, with a queen bed going for around $2000-$2500, including the frame, a heater, and a kit with all the things you need to fill and drain it. It’s been designed to use regular, standard bed linen, and all the beds are designed to fit building code floor-load requirements.

They even have beds with two smaller mattresses, so people can adjust the temperature to their preference without interfering with their partner’s comfort.

Hall and his partners began selling Afloat beds online in January 2019, and are still deeply committed to a quality night’s sleep.