The historic town of Monção is situated on the northern border between Portugal and Spain, a region well known for its distinctive, refreshing wines, Vinho Verde. This peaceful Portuguese frontier town boasts thermal baths, traditional cuisine, and a 14th century fortress with a surprising history.

The town’s crest of arms depicts a woman, standing on Monção’s medieval ramparts, her arms outstretched, brandishing two loaves of bread. According to local legend, this woman is Deu-la-Deu Martins, the medieval leader who protected the city from a Spanish attack in the Middle Ages. 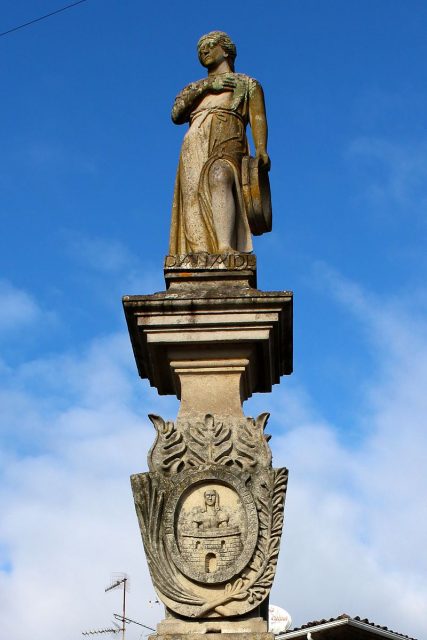 According to the Algarve History Association, in 1369 the Portuguese were at war with the neighboring kingdom of Castile. The demise of Peter the Cruel, king of Castile and León, had sparked a succession crisis, and the Portuguese king Ferdinand I was one among several contenders who laid claim to the Castilian throne. In fact, the crown was held by Peter’s illegitimate half-brother, Henry of Trastámara, and he was not pleased by Ferdinand’s efforts to usurp him.

The year 1369 was consequently one of political turmoil and a number of small-scale campaigns. As part of a strategic move against Ferdinand, Henry decided to attack a number of fortified frontier towns on the Castilian-Portuguese border. 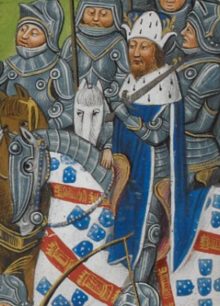 Monção was such a town, an important fortified settlement designed to protect the Portuguese from attack from the north. However, when Henry’s army arrived at the gates, the town was ill prepared for a siege, and the lord of Monção, Vasco Gomes de Abreu was away from home. According to the Algarve History Association, his wife, Deu-la-Deu Martins, was left to lead the defense of the fortress.

Monção was a well-fortified town, and its high walls could resist an enemy attack for a significant length of time. However, surviving a siege required extensive preparation to ensure that the town’s inhabitants had enough food, water and supplies to wear their attackers down. When food began to run short, Monção’s residents began to suffer and an increasing number of people called for surrender. 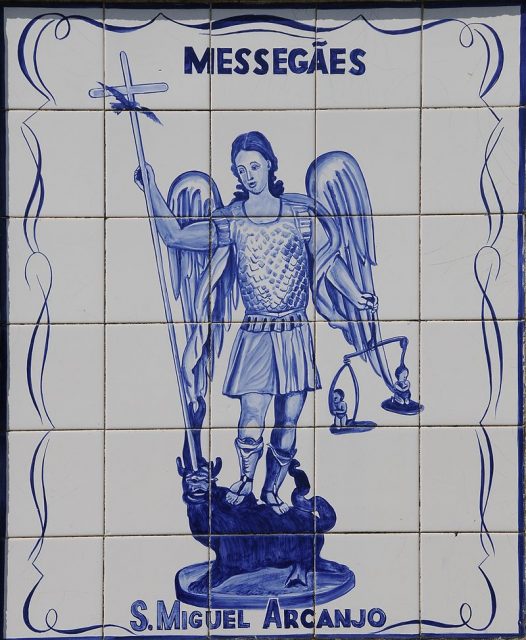 However, a siege could also be costly for the attacking side. Henry’s forces continued to attack the walls of the fortress, incurring some loss of life with each assault, and still failed to penetrate the castle. Furthermore, his army needed to be fed and watered, and a long siege could cause his men to become restless. Henry knew he could not wait outside Monção indefinitely.

This was something that Deu-la-Deu realized too. As the people crammed inside the fortress neared the end of their supplies, she decided to stage a bold bluff in the hope of tricking the Castilians. She gathered together all the scraps of remaining flour that she could find in the town, and ordered two loaves of bread to be baked.

Taking the bread, she stood at the top of the castle ramparts and taunted the Castilian troops. She flung the loaves from the top of the ramparts, shouting “Deus lo deu, Deus lo há dado!” In other words, God had given the people of Monção so much bread that they were able to offer some to their attackers. 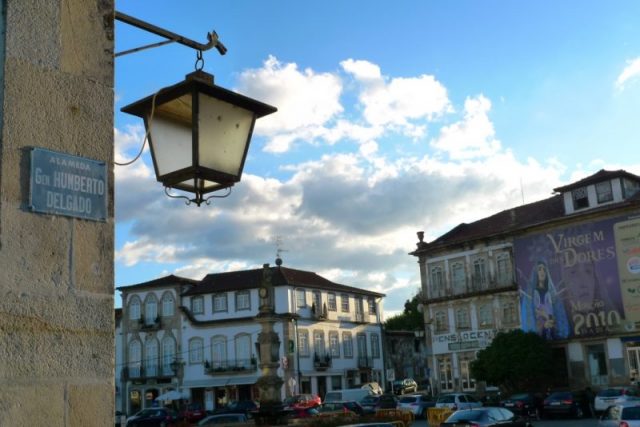 Believing the town to be well provisioned for a long siege, and concerned about his own diminishing food stores, Henry decided to cut his losses and withdraw. In one bold strike, Deu-la-Deu had saved the town. The story of her clever trick soon spread and she became a local legend.

Read another story from us: “Dazzle Ships” – The Strangest Sea Camouflage Ever

Even today, Deu-la-Deu is honored on the town’s crest, and a statue of her was erected in the 19th century in the central square. Although historians debate on the concrete historical evidence for her life and actions during the siege of Monção, her legend is a core part of the town’s modern identity. In Monção, Deu-la-Deu will always be remembered as the woman who defeated the Castilians with just two loaves of bread.