The World’s Oldest Vertebrate which can Feed on Reindeer

In 2016 the planet’s oldest vertebrate was revealed. The Greenland Shark — which has a conservation status of “Near Threatened” — is thought to be around 500 years old.

This predator can grow up to approximately 7 meters (23 feet), adding less than a cm to its length over the course of one year. It primarily feeds on other fish, though has been known to chow down on an unlucky seal or even a whole reindeer!

The study behind the find was led by Julius Nielsen from the University of Copenhagen. Examining 28 female Greenland sharks, the team worked out their age using an unusual blend of the natural world and a dramatic, man-made phenomenon. 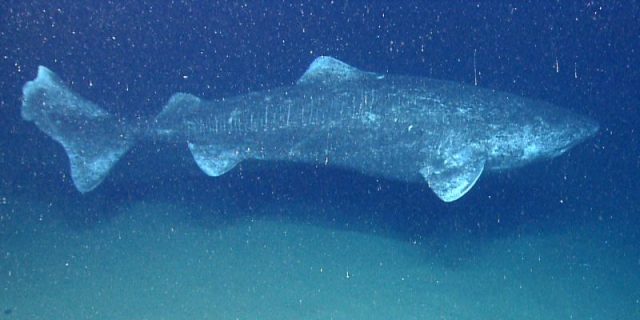 Typically fish would be assessed based on “earstones”, the build-up of calcium carbonates. These growth layers can be counted, with a natural comparison being the rings of a tree.

However, things were different here, owing to the Greenland shark being a “soft shark” without hardened vertebrae. So where did researchers find their solution? The answer, surprisingly, lay in the devastating legacy of atomic warfare. 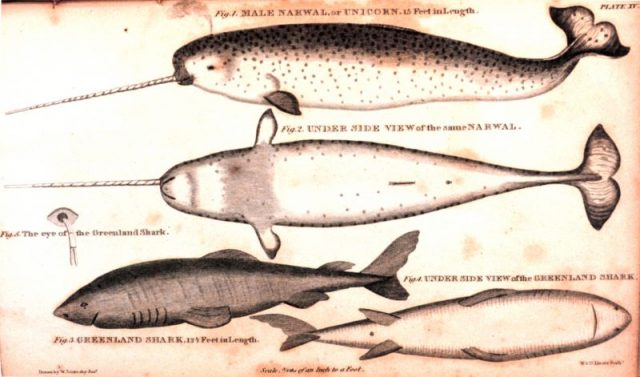 The Guardian wrote in 2016 that the scientists “made use of a side-effect of atomic bomb tests which took place in the 1950s: when the bombs were detonated, they increased the levels of carbon-14 in the atmosphere. The spike, or pulse, in carbon-14, entered the marine food web across the North Atlantic no later than the early 1960s. That provides a useful time-stamp, says Nielsen.”

From there the next step was to study the sharks’ eye tissue, in which the foreign material could be found.

As a 2017 LiveScience article put it, “Eye tissue analysis presented a probability range suggesting that the sharks were at least 272 years old, and could potentially be as much as 512 years old.”

However, they were careful not to set the discovery in stone, quoting Nielsen himself, who said “It’s important to keep in mind there’s some uncertainty with this estimate. But even the lowest part of the age range — at least 272 years — still makes Greenland sharks the longest-living vertebrate known to science.”

So while the Greenland shark may not be quite as old as initially thought, it still does pretty well on the age scale.

And it appears size doesn’t matter when it comes to this particular pecking order. The smaller species of the freshwater polyp called “hydra” has the capacity to survive indefinitely, thanks to an ability to regenerate its own cells. 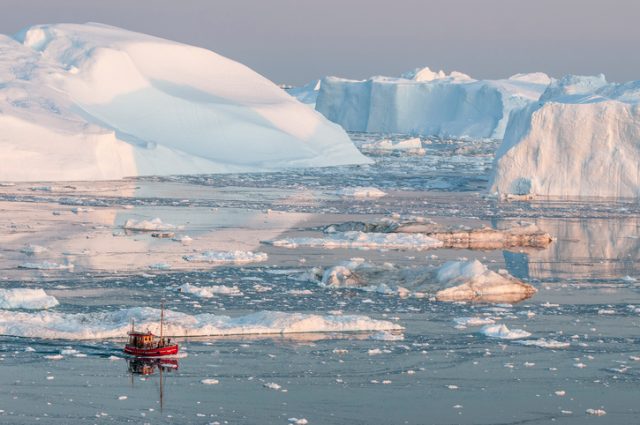 Placing the Greenland shark news in context, the Guardian mentioned it being “far ahead of even the oldest elephant in captivity, Lin Wang, who died aged 86” and “far longer than the official record for humans, held by 122-year-old Frenchwoman Jeanne Louise Calment.”

When it comes to the oldest animal outright, there’s what might be described as a merciless tale to tell. Ming was a 507-year old clam who met a sad end at the hands of an unsuspecting research team from Bangor University. 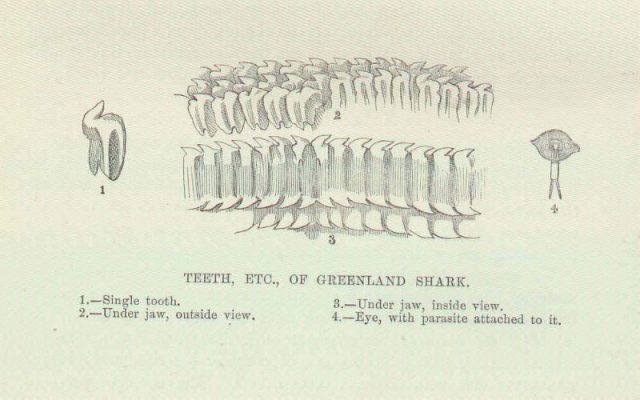 Plucked out of Icelandic waters in 2006, and with his shell opened up after a long and exceedingly wet life, he didn’t stand a chance.

The Independent wrote in 2013 that his age “had been calculated by counting the growth rings on the hinge of the clam,” yet due to its age “the rings had crowded together making them difficult to distinguish, with more than 500 packed into space just millimetres across.”

Read another story from us: Going Inside Megalodons – The Ancient Giant Shark that Continues to Fascinate

At first experts believed him to be 405 years old but adjusted that to 507 after referring to the shell’s less complex exterior rings. Either way, it was bad news for Ming, named after the Chinese ruler from 1499, the supposed year of the clam’s birth.

It’s a welcome reminder that unlocking the mysteries of the deep is as perilous for the inhabitants as it is for those intrepid scientists.

« A Tour of Vindolanda – Britain’s Greatest Roman Archaeological Site
How Shall I Call You? A Furrowing History of How to Address Women »