Why Babies in Medieval Art Look Like Ugly Old Men

Majority of us will agree with the statement “babies are cute.” We are surrounded by millions of pictures and photos featuring these chubby-cheeked, big-eyed piles of cuteness and not many of us could say “they are outright ugly.”

There are scientific reasons behind their beauty and Oxford University proved their cuteness to be an evolutionary survival mechanism. Essentially, their looks ignite the wish in adults to take care of them.

However much of our understanding of babies and their depictions, especially in art, has to do with culture. Distinct epochs conditioned diverse depictions of infants. 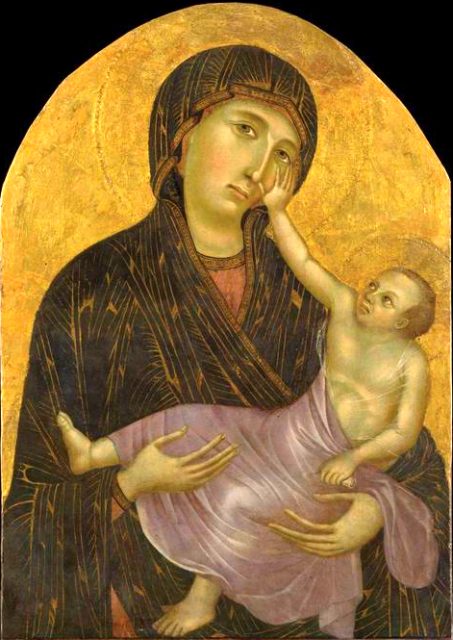 The medieval era witnessed some pretty unattractive babies. It is enough if you look at one painting from medieval Europe to question your understanding of babies as universally pretty. 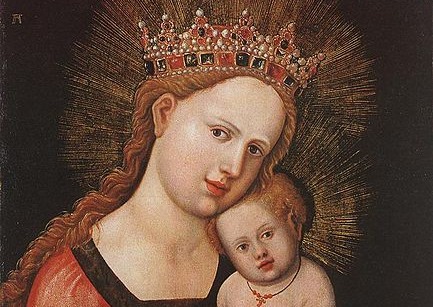 The contrast to the cherubic Renaissance babies and the ones we are surrounded by today is startling. Calling them man-babies Vox describes them as “horrifying tiny men.” They indeed look like shrunken adults, often already bald and wise-looking. 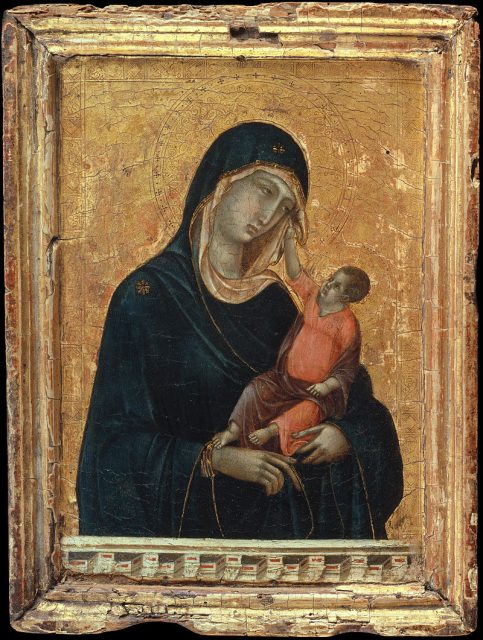 However, these depictions were intentional; historian Matthew Averett and author of The Early Modern Child in Art and History shared for Vox, “If we’re thinking about children in a fundamentally different light, the painting will reflect the attitudes.” As the art style is always deliberate there are two significant reasons for the choices medieval artists made. 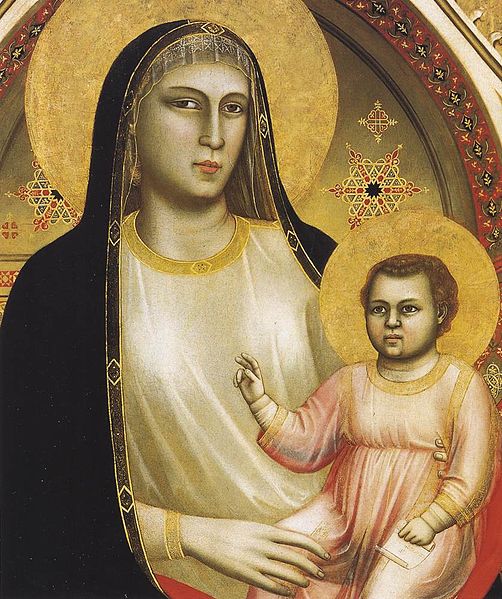 The portraits of children were usually requested by the church. Jesus was the most frequently depicted baby alongside a couple of other biblical children. The depiction of Jesus was influenced by the idea of homunculus — the creation of an infant in a fully adult form. 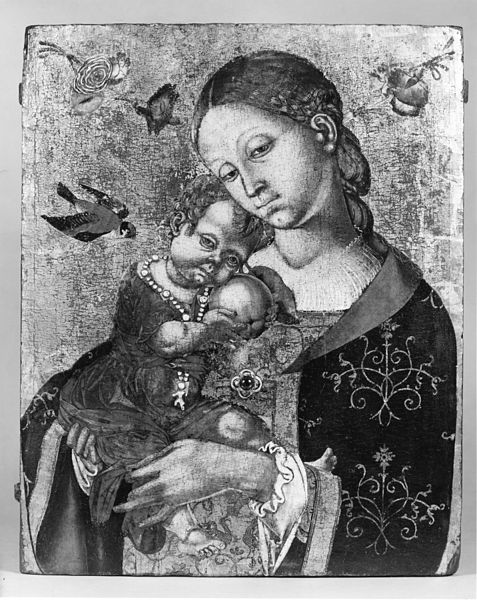 The term is literally translated to little man. Averett explained, “There’s the idea that Jesus was perfectly formed and unchanged, and if you combine that with Byzantine painting, it became a standard way to depict Jesus. In some of these images, it looks like he had male pattern baldness.” So, the baby Jesus set the standards for how babies were depicted in general. 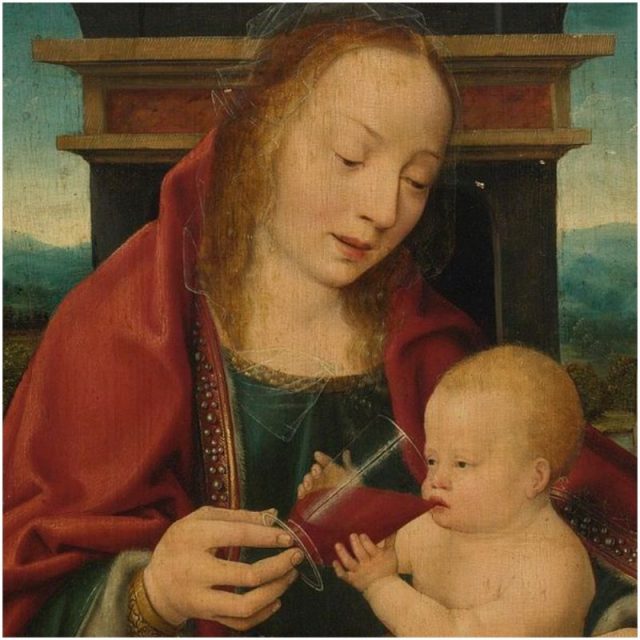 The second reason is of genuine stylistic nature. Medieval artists approached art on very different terms than their Renaissance counterparts. They were simply uninterested in realism or elevating human form to an idealized, aesthetically pleasing level.

The medieval paintings may seem strange to us, but they were only closer to the expressionistic artistic ideals than to the naturalism of the Renaissance era. The people portrayed in medieval paintings all look similar because the idea of artistic freedom of expression did not hold much worth for them. 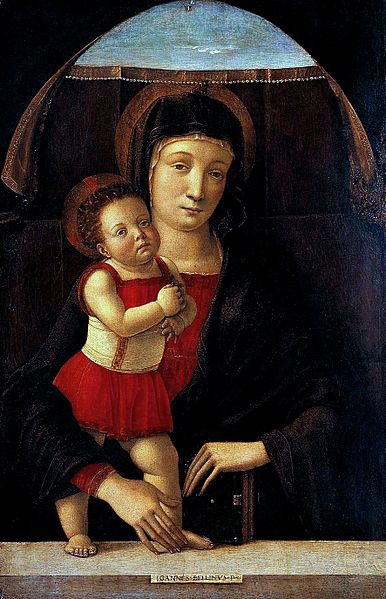 They followed the established conventions, as generally is true for any era or school of art. That is why the medieval person was not weirded out by adult-looking infants. To them, it was just the way the things were done. 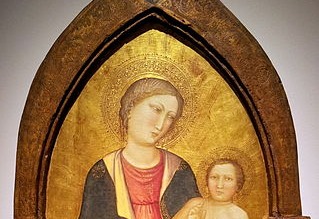 The Renaissance period, on the other hand, is described as a rebirth of artistic creativity, the time when the humanist ideal started to overpower religion and the Church. With time the change of ideals started to affect the ways in which the human body was portrayed in art. 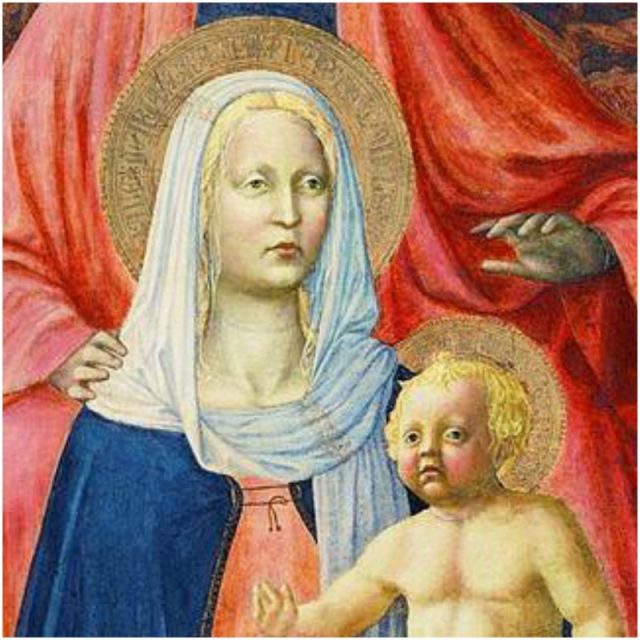 Babies became cuter, reaching the adorable cherubic form as Renaissance artists started to veer towards idealism. As the middle class strengthened, people had the means to commission their personal art.

Naturally, parents wanted their babies painted and wanted them to be beautiful. Most importantly the attitudes towards babies changed. This does not mean medieval parents did not take care of or love their children, but they did not put so much emphasis on their innocence. 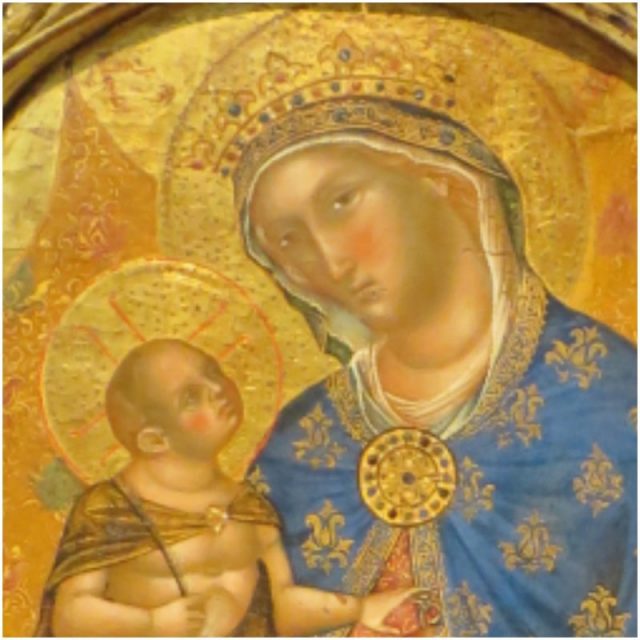 Madonna and Child by Paolo Veneziano

The biggest change was in understanding children as sinless. If they indeed were born free of sin they could not be depicted as wise-looking adult humans. As the attitudes towards infants changed so their depictions changed.

Read another story from us: Massive Oil Painting by Old Master Unexpectedly Found Behind a Wall in Paris

These paintings, therefore, teach us that the portrayal of babies — whether ugly or beautiful — reflect the ways in which adults think about them, their role as parents, and about the goals of art itself.

« Where Do the 7 Deadly Sins Come From?
The Hidden Artwork of Zelda Fitzgerald »