Uranium in the Plates? Our Ancestors Dined off of Radioactive Tableware

The industrial revolution of the 19th century brought both certain economic stability for the middle class as well as the means to produce what had been luxury items on an affordable, mass scale.

More and more people were drawn to the acquisition of everyday items that were also works of art. One of the types of goods where this was especially true was tableware. China of the time was often heavily decorated with painted motifs and gold or silver rims.

Glasswork could be downright baroque. It was often carved, painted, or engraved and could be found in an ever-increasing array of colors. 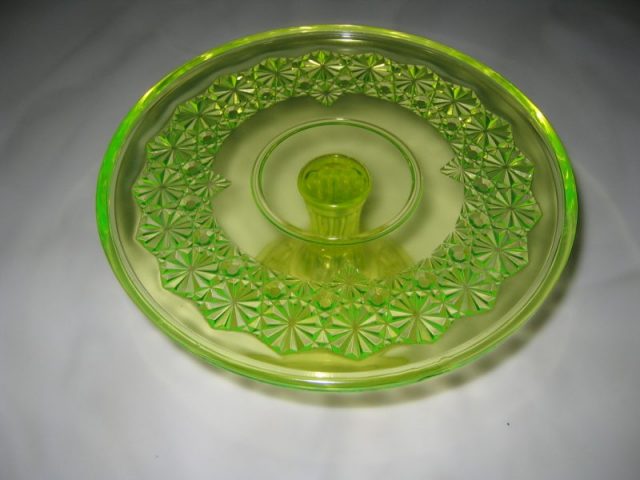 Producers of glasswork could achieve remarkable results by adding metal salts or other compounds to the glass while it was in its molten state. Interestingly enough, one of the compounds that started being used in the 1800s was uranium.

Yes, our ancestors were eating and drinking from radioactive tableware.

In its natural state, uranium dioxide is a vivid yellow. It makes visual sense, then, that it would be considered an attractive additive for glassmakers since the early 1800s. 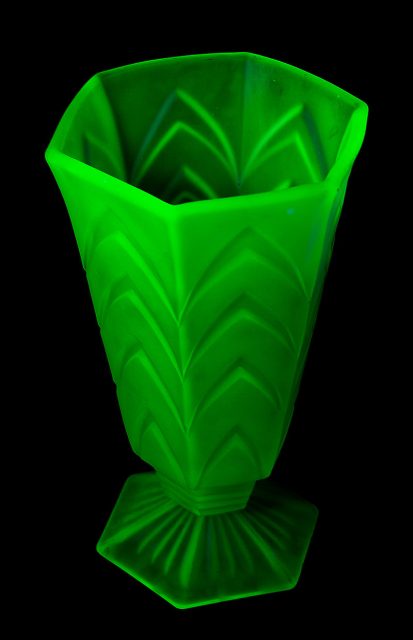 According to 1st.Glass, it’s possible that uranium salts were used centuries earlier than that for their colorant purposes. Although it’s never been proven conclusively, during the 1912 excavation of a Roman villa from around 79 AD, a glass mosaic was uncovered that had tiles that appeared to be colored with uranium salts. If that is the additive that was used, that mosaic would far and away be the first known example of uranium glass. 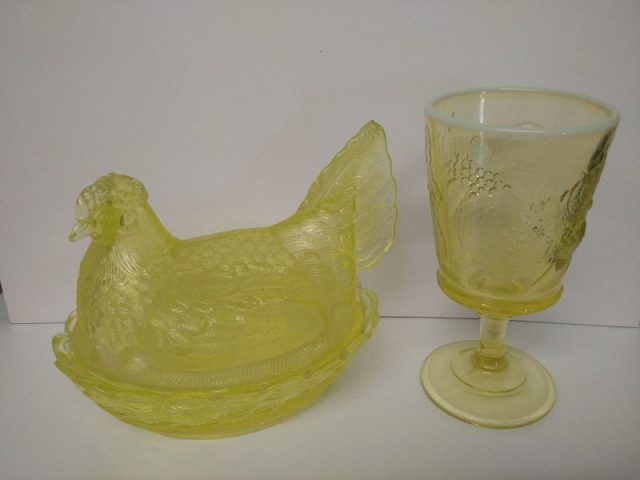 The Glass Museum says that the earliest documented uses of uranium as a colorant came much later, however. Martin Klaproth, a German chemist, is said to have discovered that uranium was a chemical element in 1789 when he first extracted it from the mineral pitchblende.

He may have even added it to glass as a colorant, but it wasn’t until around 1830 that Josef Reidel started using it at his glassworks in Bohemia. When Reidel first started using it, he called it “Annagrun” in its yellow-green varieties and “Annagelb” when it was yellow, naming them after his wife, Anna Maria. The Whitefriars Glassworks in London, England also began using it in 1836. 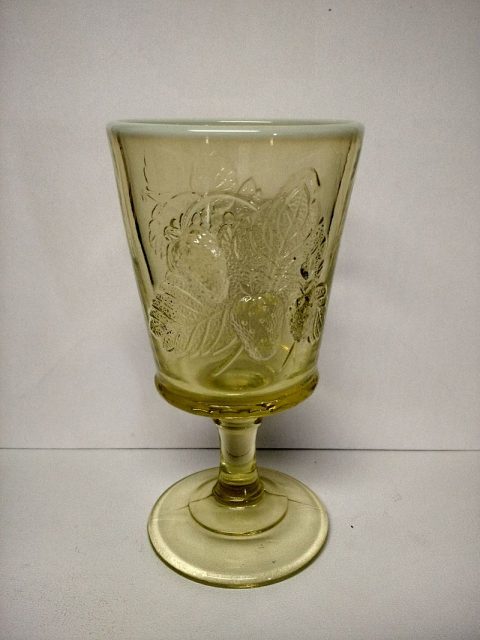 One of the most defining characteristics of uranium glass is the fact that it’s radioactive. Using a Geiger counter on it will demonstrate that it’s emitting radiation. When you look at it under an ultraviolet (black) light, it glows a fluorescent green. 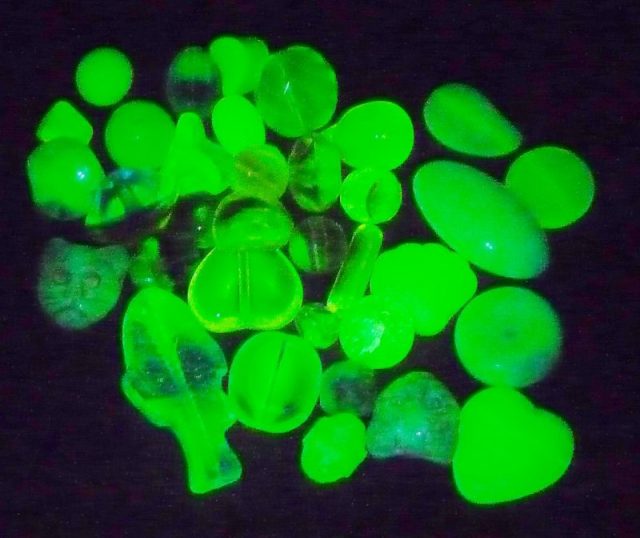 In natural light it can be a range of colors, from amber through various shades of yellow, to green, depending on the mixture in the glass. It also has a slightly oily-looking sheen in its transparent variants, which leads some to refer to it as “Vaseline glass”.

Related Video: The people who live in Chernobyl’s radioactive zones:

When it’s opaque, it’s sometimes called custard glass, Burmese glass, or Carnival glass, but in either variety, it retains its green glow when you look at it under ultraviolet light. 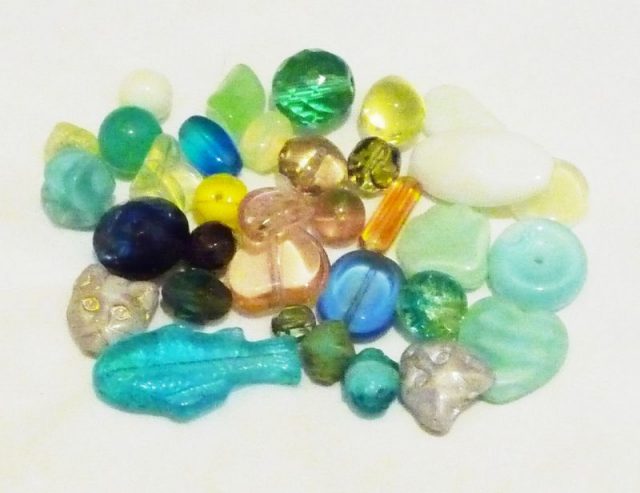 All of this makes one wonder how it is that people used uranium glassware for an extended time but didn’t become ill as a result. While it’s certain that some small leaching effect would occur, research has shown that the active levels of radiation present in the glass are no more harmful to humans than the everyday background levels of radiation to which we are already exposed.

In 2003, the United Kingdom’s National Radiological Protection Board did a study of a number of samples of uranium glass, with varying amounts of the salt present, and from a number of different makers over a span of decades.

The board determined that the radiation levels that were present were very low and were safe during the course of normal use. 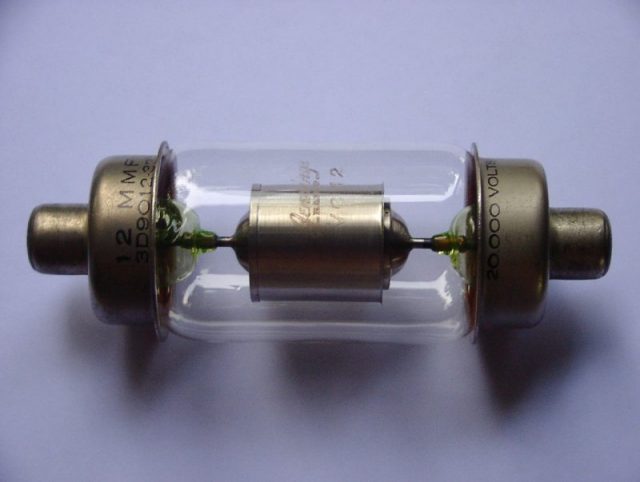 When the glass first came into use, it was usually created as a heavy crystal glass and carved or faceted for best effect. Collectors Weekly notes that, although it was first used in the 1830s, it was most popular from the 1840s through World War I, with its peak popularity beginning in the 1880s.

It was when pressed glass started to come into vogue in the 1880s that the custard and Burmese varieties, which were opaque, became more common.

In the 1940s, production of uranium glass was put to a halt because uranium was being used in the production of atom bombs and the element became a highly regulated substance.

Read another story from us:  Marie Curie’s remains and personal items are still dangerously radioactive

Uranium dioxide became deregulated in 1958, however, and production of the glass resumed, although manufacturers were then using depleted uranium, which was less radioactive than in its natural form. Regardless of its age, uranium glass is still collected by art glass fanciers and is prized for both its unique qualities and its unique history.