Revisiting the past has always been intriguing enough to provoke archaeologists, reporters to investigate stories, while giving inspiration to artists who transform their impressions into artworks.

One such example is the work of the photographer Jon Crispin who has spent several years curating and documenting the contents of the bags and suitcases of long-gone, former patients of the widely known Willard Asylum, Finger Lakes Region, New York, creating a series of outstanding photographs that witness the lives and dreams of many. 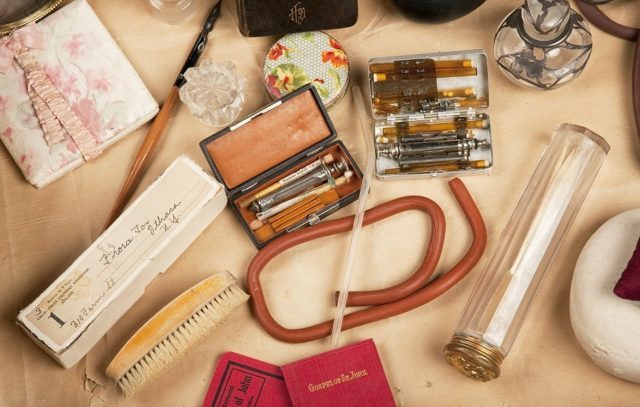 The Willard Asylum was shuttered in 1995 but still stands as a memorial and is often visited by tourists who recognize the significance of this building as a stunning example of mid-19th century architecture. 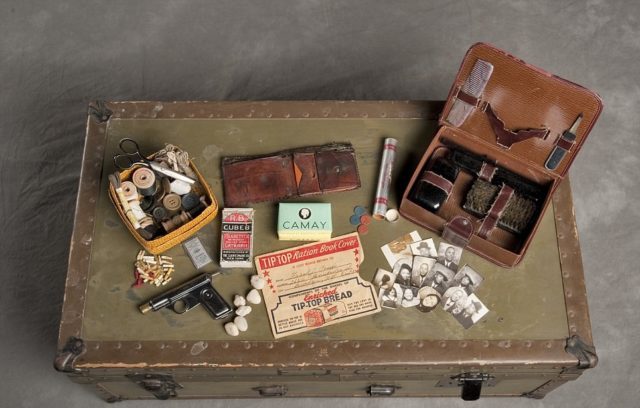 Today, the building sits abandoned but visitors often report that the place feels haunted — as if the lost souls of the patients are still strolling around the grounds. 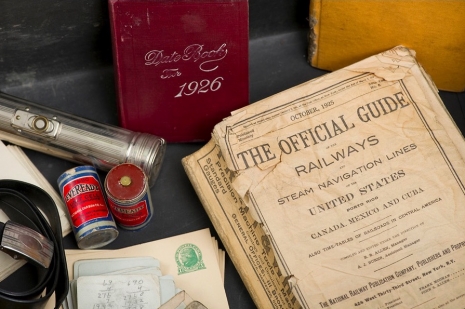 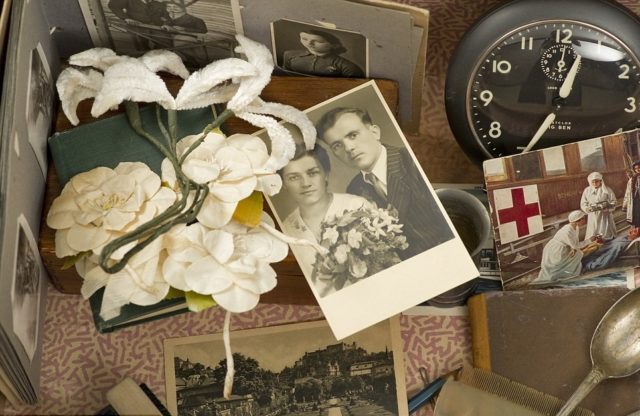 The owner of this case is Dmytre, he was committed to the hospital in 1953 and stayed there for 24 years. Photo Courtesy Jon Crispin

The principle aim of the Willard Asylum was to provide retreat for mentally ill people from county facilities where they were very poorly treated. 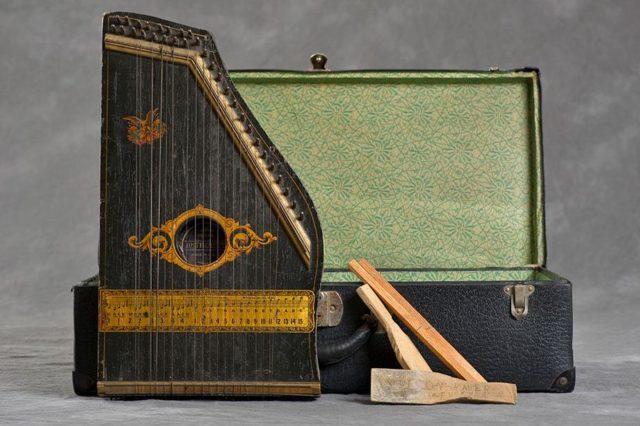 The owner of this suitcase played the zither. Photo Courtesy Jon Crispin

Willard’s personnel strove toward reintegration of the patients into society by treating and training them through productive work and newly-invented methods.

However, from today’s perspective, it is obvious that Willard Asylum was as much a prison as a hospital. The patients were kept until the administrators decided they could leave, but many never left at all. 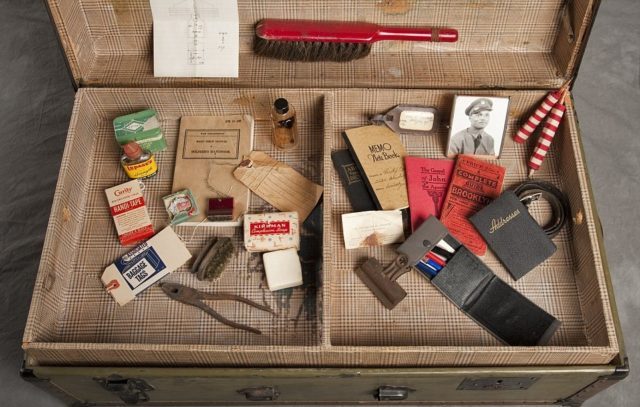 As reported by the Suitcase Exhibit, when the Willard Psychiatric Center closed in 1995, workers discovered hundreds of suitcases from the period between 1910 and 1960 in the attic of the building, many of them left intact since their owners packed them before they entered the asylum.

According to the Daily Mail, when patients were committed to the asylum, they arrived with a suitcase full of their possessions. However, most of them stayed until the end of their lives and were buried in nameless graves. 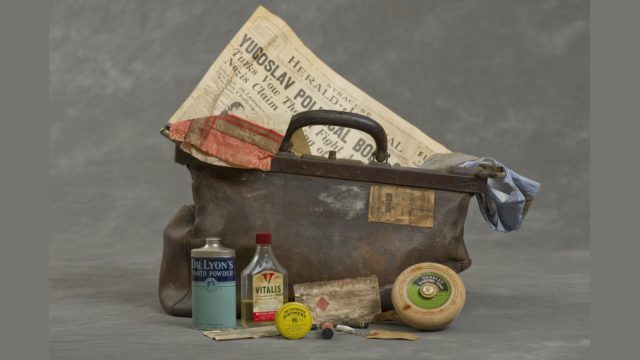 The owner of this suitcase is Peter L. Photo Courtesy Jon Crispin

This spooky, though touching, story inspired Jon Crispin to catalog each suitcase and let himself and the audience of his works, peek inside the lives of the people who were once kept isolated from the society, labeled as “complicated” or “unsuitable”.

Crispin stated: “It’s such compelling stuff. These people were essentially prisoners inside. Their families largely abandoned them. They gave them a suitcase and had them committed. Either their families filled them up or the patients themselves did. Looking at these suitcases, you just get the idea that these people really had lives outside before they went to Willard.” 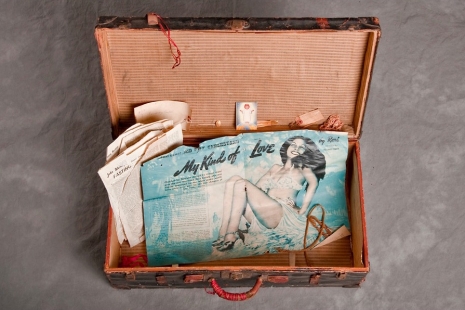 Crispin’s photographs present the content of the suitcase of a second world war veteran who brought his army uniform as well as the belongings of a woman who enjoyed public attention and thus packed a pair of high heels, some stylish hats, and sequined and gold belts. Another suitcase reveals the life of a wealthy woman who kept her curling irons, a sewing kit and a hand-blown glass bottle of perfume. 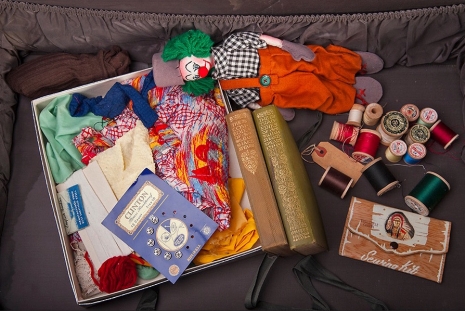 Crispin reported that he had photographed 80 of the suitcases and each of them enabled him to “get a strong idea of what the people who owned them were like.” Nevertheless, New York state law prohibited Crispin making any attempt to match the hospital records with the suitcases.

His work was featured in the exhibition “The Changing Face of What is Normal” regarding mental health at the Exploratorium Science Museum in San Francisco. 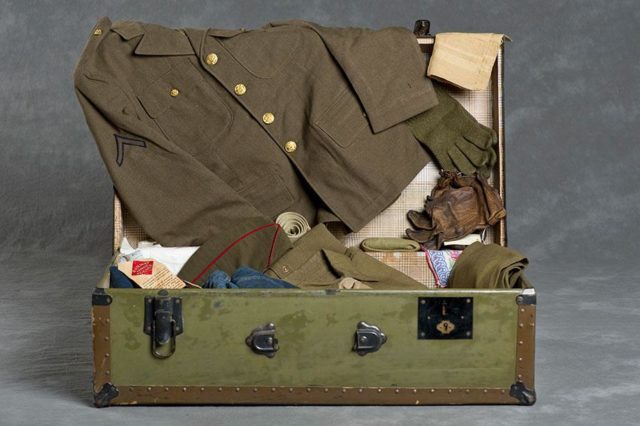 The exhibition also included an interactive installation called Restraint which allowed the audience to experience the different treatments which were implemented on patients in the asylum. The visitors could, for example, experience a 19th century wooden cage called a Utica Crib or try some of the straight jackets.

Read another story from us: Willowbrook Mental Institution – Inside America’s Most Infamous Asylum

The exhibition was well received and ran until 2014, informing people about the forgotten past of the Willard Asylum but also of the lives of many patients who lived and died in oblivion. Today, the exhibition is permanently installed at the Museum of Disability History in Buffalo, New York.