Tomatoes were Considered Sinful – Until the Salem Tomato Trial of 1820

The most controversial thing about a tomato today is whether it’s a vegetable or a fruit. Yet things weren’t always like that. As recently as 200 years ago tomatoes were associated not only with sin, but also an obstacle to salvation.

While opinion varies on how exactly humankind encountered the juicy mealtime staple, it’s believed the relationship originated in historic Mesoamerica. The word tomato “comes from the Uto-Aztecan Nahuatl word, ‘tomatl,’ which means ‘the swelling fruit’” according to an article on the History Channel website.

It was an ingredient for peoples such as the Aztecs, but the idea of it being fit for consumption by European and other cultures took some time to catch on. 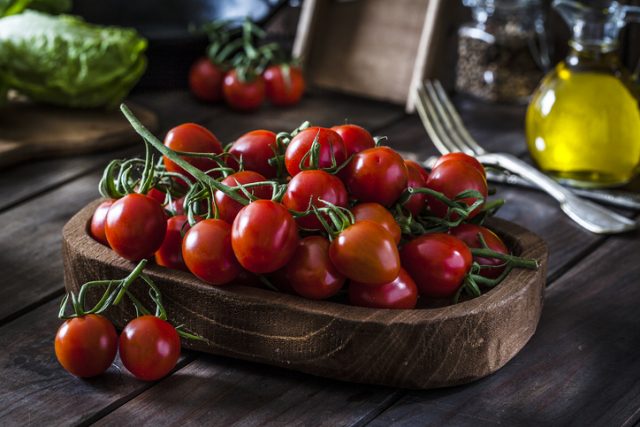 In fact you were more likely to see the tomato as part of an ornamental display rather than a tasty treat. Look but don’t touch. But why was this? The answer lies partly in the eating habits of rich Europeans.

At first, while they believed the tomato to be edible, it was grown only to enjoy its beauty as a garden plant. A 2013 piece for Smithsonian.com wrote, “In the early 16th century, Spanish conquistadors returning from expeditions in Mexico and other parts of Mesoamerica were thought to have first introduced the seeds to southern Europe. Some researchers credit Cortez with bringing the seeds to Europe in 1519 for ornamental purposes.” 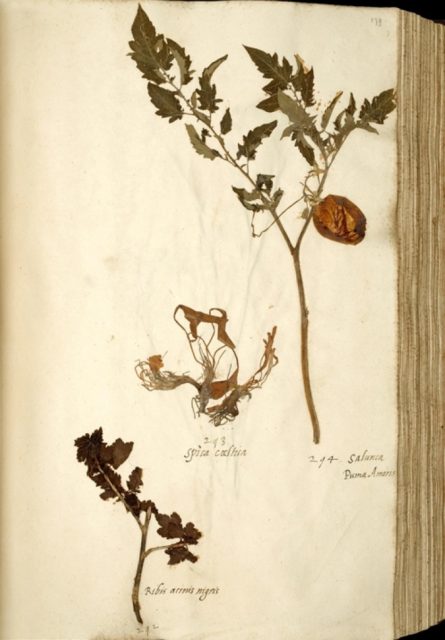 By the late 1700s that had radically changed — people feared to eat tomatoes as the fruit had gained a reputation as being poisonous. The unusual culprit was actually tableware. It turned out the pewter plates of the wealthy contained significantly high lead content. The acid in tomatoes brought out this poison and people succumbed.

However no-one realized the cause was a chemical one, and the humble tomato got the blame — it was nicknamed “the poison apple” and avoided at all cost. 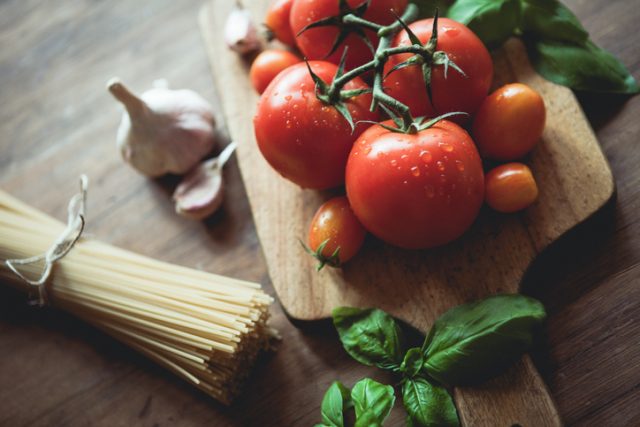 Spaghetti, garlic, basil and tomatoes on a cutting board

The website Tomato And Health mentioned that “Up until the end of the eighteenth century, physicians warned against eating tomatoes, fearing they caused not only appendicitis but also stomach cancer from tomato skins adhering to the lining of the stomach.”

So the salad’s friend got the worst of raps. And it was only the latest installment of a long-running objection to the red fruit. The 14th century doctor and naturalist Pietro Andrea Mattioli went so far as to categorize it not only as a source of poison but also sinfulness. He believed the tomato to be a nightshade, “a poisonous family of Solanaceae plants that contain toxins called tropane alkaloids” (from Smithsonian.com). 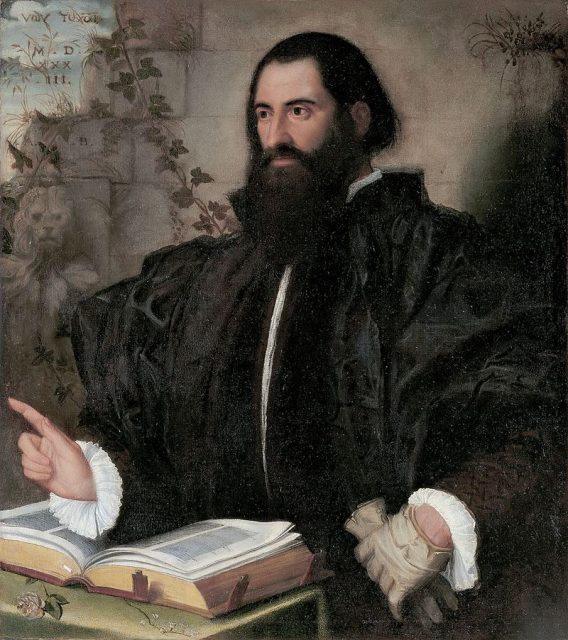 The sin element came from Mattioli’s other finding — that the tomato was a mandrake: “The mandrake has a history that dates back to the Old Testament; it is referenced twice as the Hebrew word dudaim, which roughly translates to “love apple.” (In Genesis, the mandrake is used as a love potion).”

From there the tomato went down in history as an aphrodisiac. 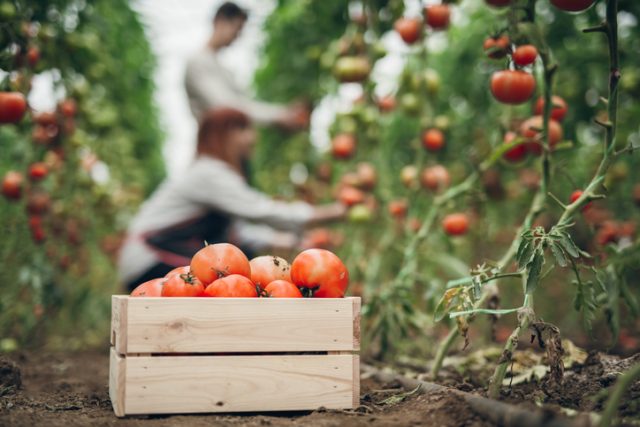 The ‘apple of love’

Smithsonian.com talked to Andrew F. Smith, author of The Tomato In America: Early History, Culture and Cookery (1994) who said “most of the information (which was inaccurate to begin with) was plagiarized by Gerard… who misspelled words like Lycoperticum in the collection’s rushed final product.” 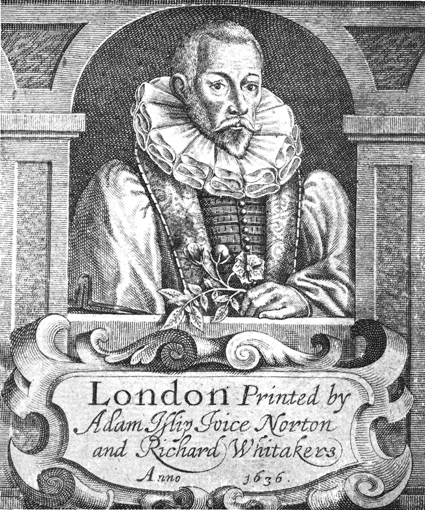 The History Channel stated Gerard’s belief that tomatoes “contained low levels of the toxic chemical tomatine. Tomatoes do, in fact, contain low levels of this glycoalkaloid with fungicidal properties, but the levels are so low as not to be dangerous.”

Something had to happen to end the madness… and it did, in Salem, New Jersey, in 1820. A Colonel named Robert Gibbon Johnson was determined to break the cycle of mistrust over the notorious foodstuff. Hence began the so-called Salem Tomato Trial.

Tomato And Health wrote, he “had brought the tomato home from abroad in 1808. He had been offering a prize yearly for the largest fruit grown, but the general public considered the tomato an ornamental plant rather than one for food.” 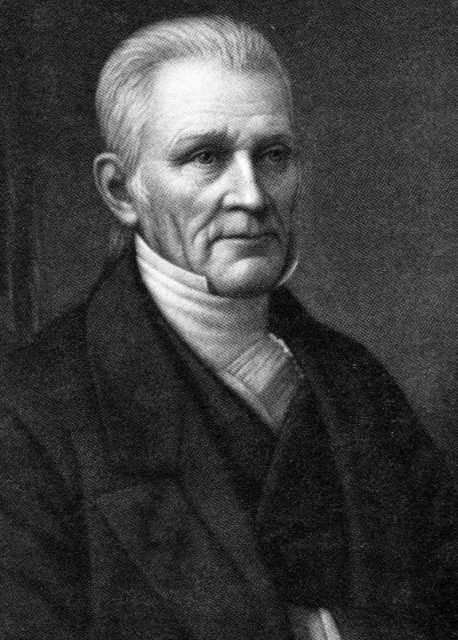 With no-one biting, so to speak, he opted to take a basket of tomatoes and stand in front of the Salem courthouse. In front of a horrified public he proceeded to munch his way through the “deadly” bounty to prove the point and drive it home.

Read another story from us: Earliest Brewery in Britain Discovered – And it’s Very, Very Old

Those expecting a violently entertaining death were disappointed. Colonel Johnson lived to tell the tale, and New Jersey residents welcomed the tomato to their plates. From then on the tomato became trusted and more widely accepted in American households. It took an act of theatricality to get the message across, but thanks to his dramatic effort the tomato was finally redeemed in the eyes of hungry Americans.