Fate is a funny thing. A small, seemingly trivial moment can dramatically change the course of one’s life forever. Take an event that happened in April of 1871, during the Paris Commune. Had it not been for a chance encounter, art aficionados would have been robbed of one of the great French Impressionists, Pierre-Auguste Renoir. 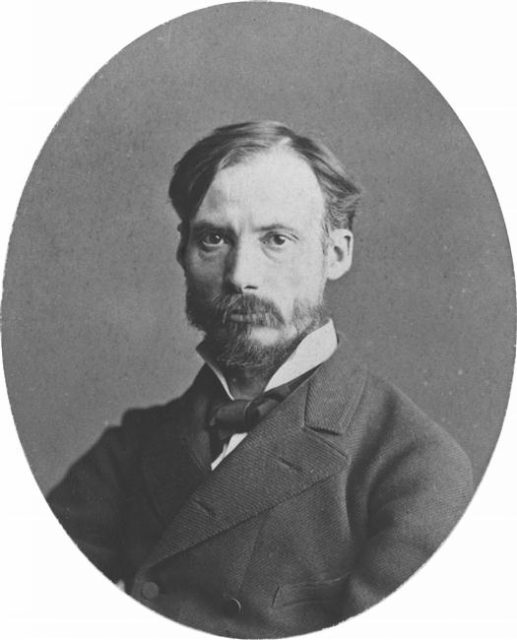 The story unfolds in 1870, after the defeat and surrender of the French army during the Franco-Prussian War and the collapse of Emperor Napoleon’s III’s Second Empire.

The Prussian army would begin a four-month siege on Paris in September of that year. Once a peace treaty was signed, elections led to the formation of a new government: France’s Third Republic. 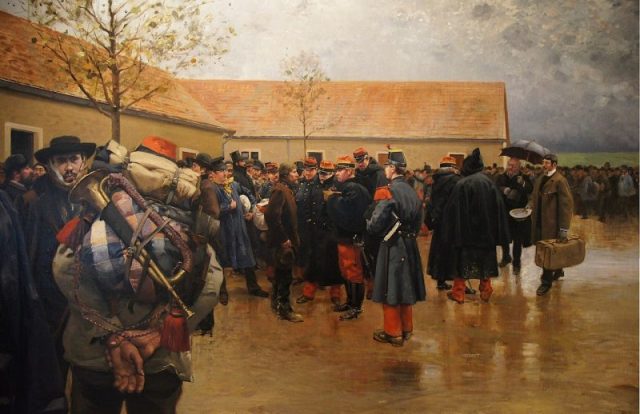 The working class of Paris, whose political leanings were, to say the least, far less conservative than those of French citizens residing in other parts of the country, feared that the new government, which included royalists among its ranks, would result in a monarchy.

The newly-formed French government, sensing rebellion in the air, sent forces flooding into Paris to disarm the National Guard, a volunteer army comprised mainly of the Parisian working class. Cannons and other weapons were captured by the French government. 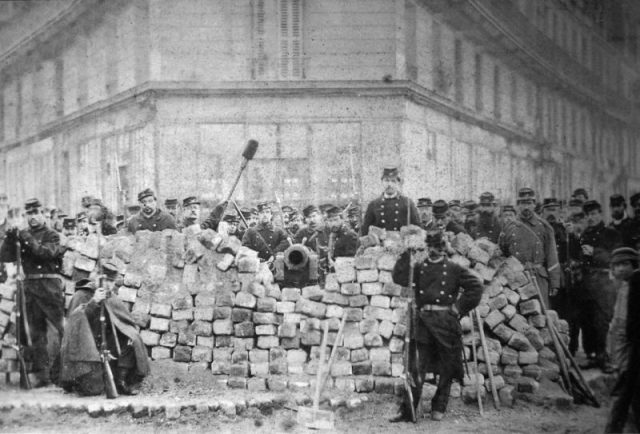 A barricade on Rue Voltaire, after its capture by the regular army, May 1871.

That’s when members of the National Guard began to rebel, battling the French Army for control of government buildings and weaponry. The Commune, a radical government created by Parisian revolutionaries, took hold of the city on March 18, 1871.

A few days later, there would be a second siege of Paris, this time by the French Army. For two weeks, the French government and the people of Paris battled for control of the city. 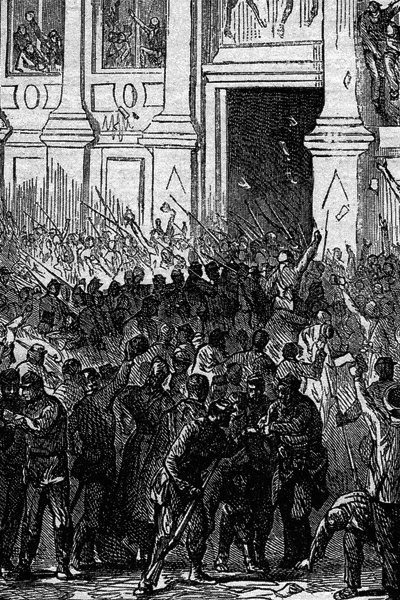 Revolutionary units of the National Guard briefly seized the Hotel de Ville on October 31, 1870, but the uprising failed.

After much destruction the makeshift National Guard was simply no match for the government troops, and the uprising was snuffed out — the fighting ending on May 28, 1871.

One potential casualty during the infamous seize was none other than Pierre-Auguste Renoir. On a beautiful April afternoon in 1871, Renoir set up his easel and began painting the River Seine. 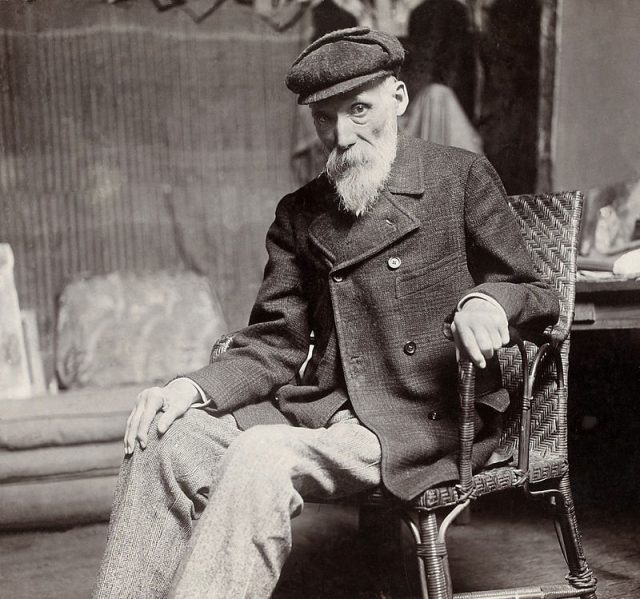 The National Guard took notice. Suspecting Renoir was a spy who was secretly mapping out strategic locations for the opposing side (read: the French Army), they took the hapless painter into custody.

Ignoring the cries of an elderly woman who was watching things unfold, and pleading with the soldiers to immediately drown the “traitor” in the Seine, they instead brought Renoir to a nearby town hall, with the intention of putting him down by firing squad. 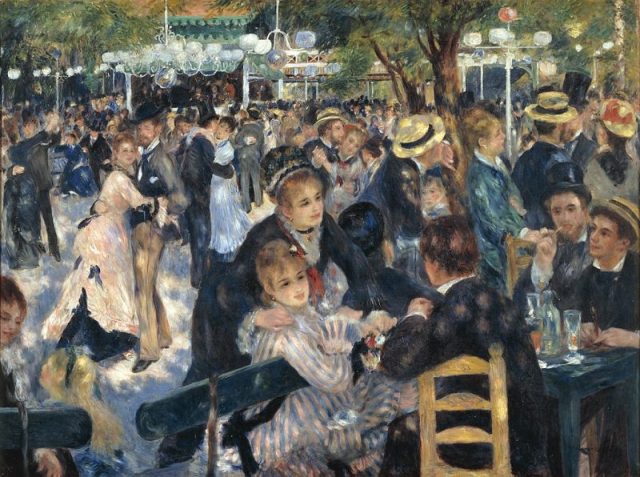 But fate would intervene in the form of Raoul Rigault, a ruthless revolutionary who ran the local installment of the National Guard during the Commune.

Turns out, the two men had a history. A few years earlier, Rigault had been on the run, hiding from Louis Napoleon’s police. Starving and in need of shelter, he encountered the painter in the middle of the forest of Fontainebleau and asked for help. 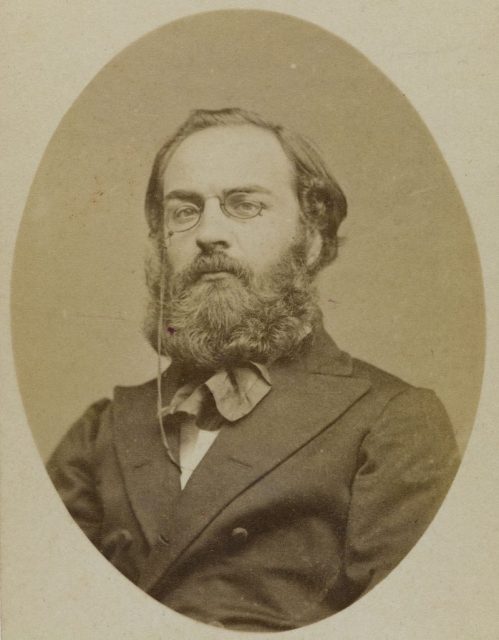 A sympathetic Renoir sprang into action. He tossed a smock over the desperate man and handed him a palette, disguising him as a fellow painter. He would hide Rigault for several weeks. Now Rigault would return the favor. Recognizing the prisoner as the man who saved his life, Rigault vouched for Renoir and ordered the men to set him free. 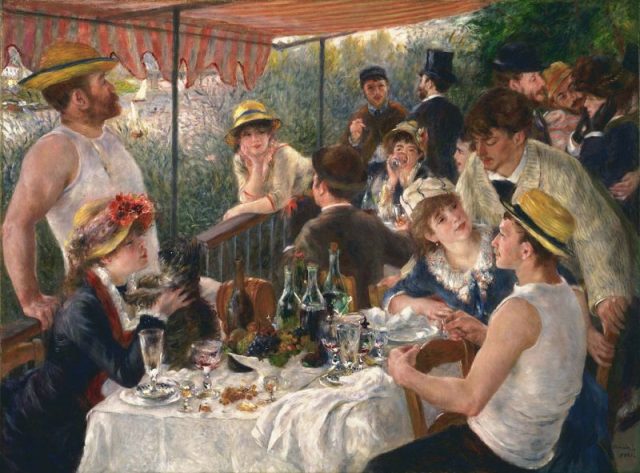 Luncheon of the Boating Party, painting by Pierre-Auguste Renoir, 1880–1881

An interesting side note: Some believe the play La Tosca, first performed in Paris, with Sarah Bernhardt in the starring role, which later became Puccini’s opera Tosca, may have been based on this very event.

Read another story from us: The Hidden Artwork of Zelda Fitzgerald

In both, a painter hides a revolutionary to help him avoid capture. Indeed, art imitating life.