Situated along the Colorado River in northern Arizona, the Grand Canyon is a United States National Park as well as an undeniably breathtaking world geological feature. Spanning a length of 277 miles, the Canyon celebrates its 100th anniversary as a National Park on February 26, 2019.

The park is younger, however, than Rose Torphy, a member of the Junior Ranger Program of the Grand Canyon National Park. Ms. Torphy is 103 years old and became a Scorpion in January when visiting the Canyon with her family. This official title is given to those who swear the Junior Ranger pledge:

“I promise to discover all I can about Grand Canyon National Park and to share my discoveries with others. I pledge to enjoy and protect Grand Canyon and all national parks to be a friend to my planet Earth.” 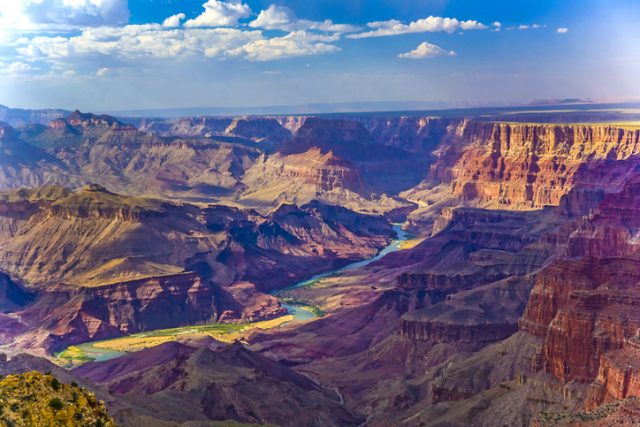 The pledge is very important to Ms. Torphy, who told Good Morning America, “My parents taught me to care for the land, but not all kids have that.” 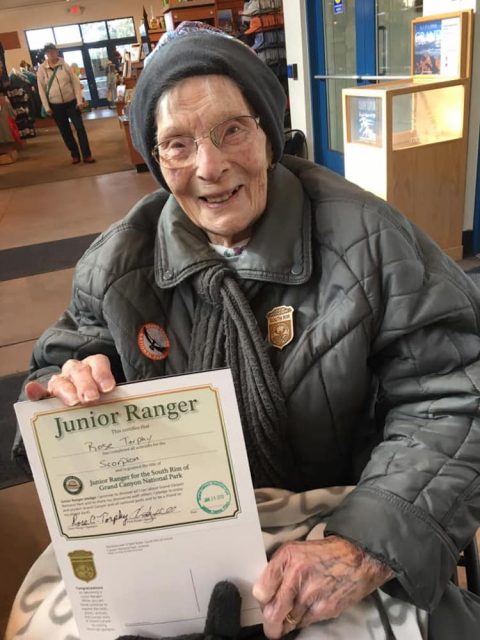 The Grand Canyon began to come into existence approximately five to six million years ago as the Colorado River snaked its way across the Colorado Plateau. It was considered as a protected site in the 20th century thanks to President Theodore Roosevelt, who was part of a conservation group called the Boone and Crockett Club. Together, they formed the National Parks Association.

Through the latter’s Antiquities Act of 1906, President Roosevelt had it in his power to create a national park encompassing the Grand Canyon. Like any political legislation, he found his attempts blocked by interested parties of miners looking to tap into the Canyon’s rich resources. 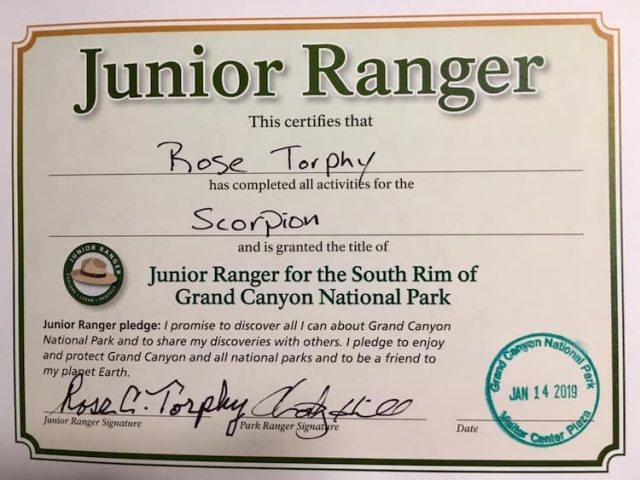 Such opposition from those wanting to exploit the natural wonder hasn’t faded over the years, unfortunately. The Grand Canyon faces many risks to its well-being. Home to endangered species like the California condor and victim of noise pollution, forest fires and water disputes, it is understandable why Rose Torphy wants to encourage support for the Canyon. 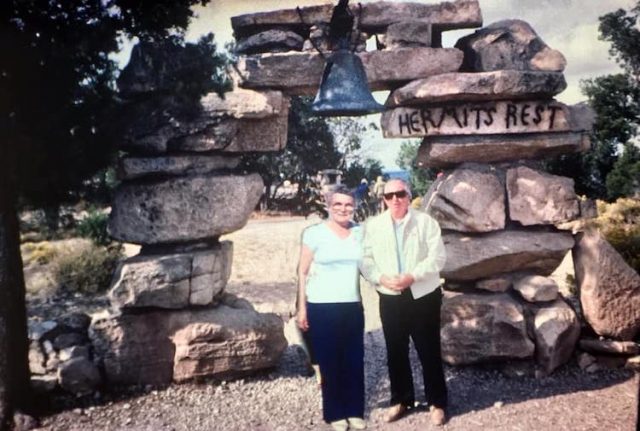 The visit in January was a meaningful recreation of Ms. Torphy’s first trip to the Canyon over 30 years ago with her late husband. Though dependant upon a wheelchair, the newly instated Scorpion Junior Ranger was still able to see over the edge. Her daughter remarked upon the impressive accessibility at the National Park.

They also saw to recreate a photo Ms. Torphy had taken with her husband in the ‘80s, instilling family tradition. 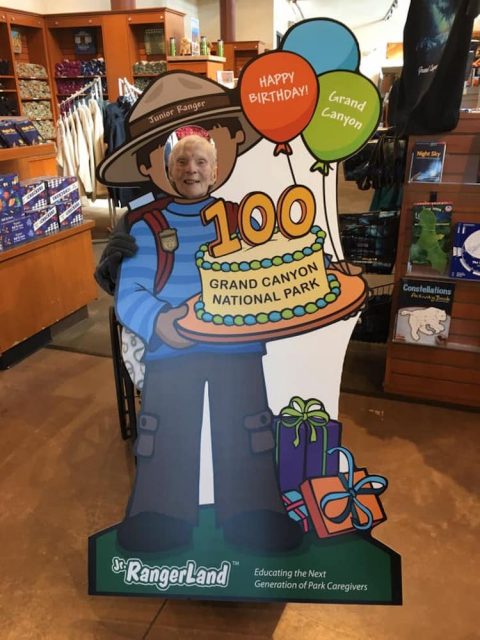 To celebrate its 100th birthday, the National Parks Service is hosting a year’s worth of events for the Grand Canyon. On its actual birthday, February 26th is the kick-off event. Demonstrations from neighboring Native tribes, school choirs, and the Grand Canyon Conservancy staff will run all day at the Visitor Center.

Most importantly, there will be birthday cake! Here’s hoping it’ll rival the Canyon in size.

Read another story from us: Looking Back at the Life of the World’s Oldest Man

At 103, Rose Torphy can welcome the Grand Canyon into the centennial club. This Junior Ranger has worn her official commemorative pin every day since she gave her pledge, proudly boasting her position of conservationist. One can only hope the Canyon’s 100th birthday inspires at least 100 more people to get involved in conservation efforts.