The Mysterious Voynich Manuscript – Its Language has Never Been Deciphered

The Voynich Manuscript has for the last hundred years been a subject of vigorous debate and research, for it appears that the manuscript is written using a completely unknown language.

After centuries of roaming across cellars, archives, and bookstores of Europe, the manuscript emerged in 1912 at the Villa Mondragone in Italy, where it was purchased by one Wilfrid Voynich ― at least according to him. Voynich was a book dealer, antiquarian and a revolutionary who fought against Russian imperial rule over his home country, Poland. 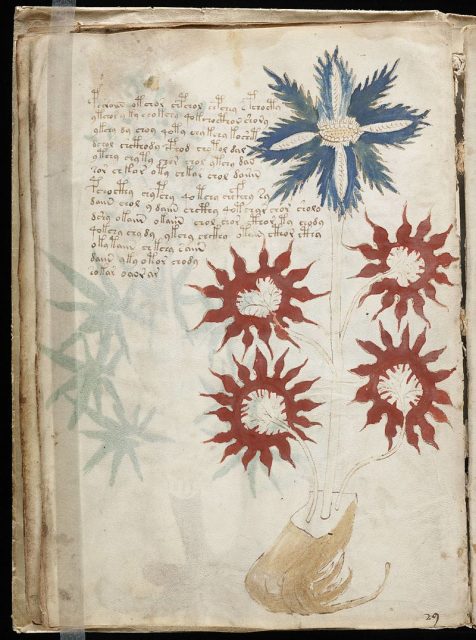 He held onto the mysterious manuscript until his death, when it was inherited by his wife, Ethel, a popular Irish novelist of her time. The 240-pages-long book written on vellum had little use and remained secretive as ever, for there was no way to decipher it. The cryptic writing system was indeed alluring, but apart from being a decoration, the book itself was uncrackable.

After Ethel died in 1960, the manuscript ended up with her close friend Anne Nil, and soon landed into the hands of Hans P. Kraus, a bookseller, who acquired it from Nil in 1961. 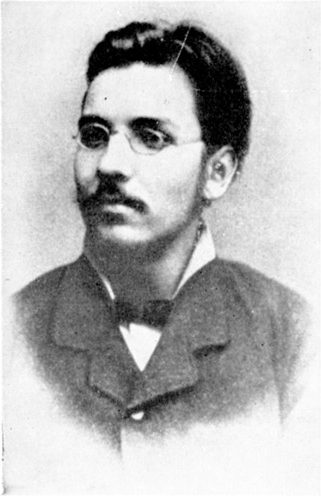 Wilfrid Voynich acquired the manuscript in 1912

Kraus donated it to Yale University in 1969, as he himself was puzzled with the discovery of a manuscript that seemed to be centuries old, but was written in an alphabet completely unknown to him.

In 2009, researchers from the University of Arizona subjected the manuscript to radiocarbon dating and established that the vellum was most probably produced in the 15th century, sometime between 1404 and 1438.

Apart from the body of the text, the book contains illustrations featuring various plants and nude women, as well as some text on the page’s margins, written in crooked Latin, and also High German which are strongly believed to have been added after the codex was written and assembled. 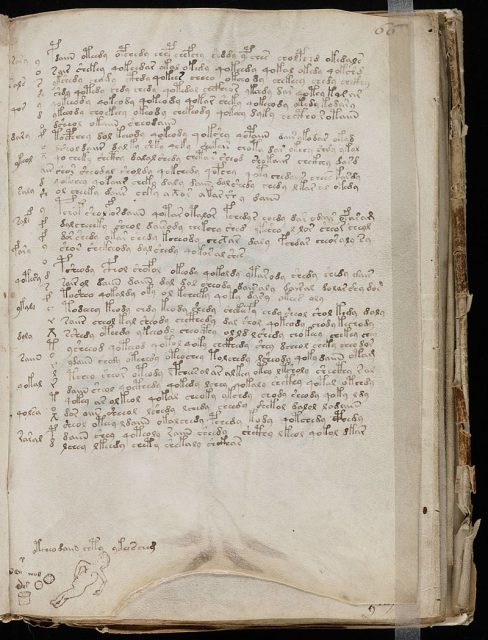 Judging by these clues it was concluded that the manuscript most likely contains various notions on biology, medicine, astrology, cosmology as well as a list of various pharmaceutical recipes. As for the history of its ownership, prior to Voynich, it is as complex as it gets.

It was long believed that the first owner of the manuscript was Georg Baresch, an obscure alchemist residing in 17th century Prague, with a taste for old books and ancient tongues. Where he got it from remains a mystery. 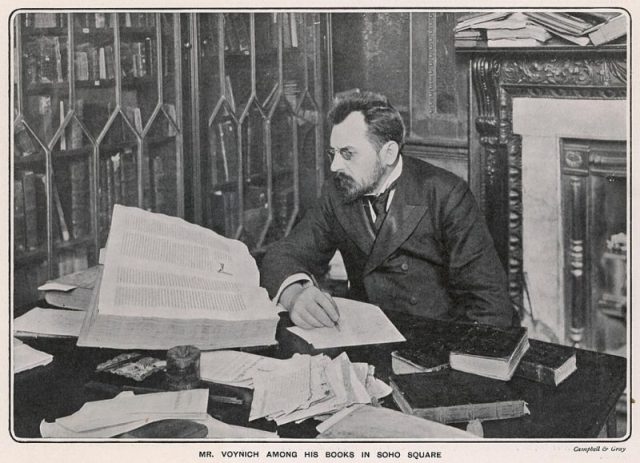 Mr. Voynich among his books in Soho Square

However, a letter found inside the cover of the book implied that it once belonged to none other than Rudolf II, Holy Roman Emperor and the King of Bohemia. Rudolf had allegedly purchased the book from his personal physician Jakub of Tepenec from Prague.

Baresch was, therefore, the third known owner, and he gave it to Jan Marek Marci, then a rector of the University of Prague. The book ended up in Rome in 1665 or 1666, in the hands of a Jesuit scholar, Athanasius Kircher, who studied Egyptian hieroglyphs, falsely claiming that he had managed to decipher them. 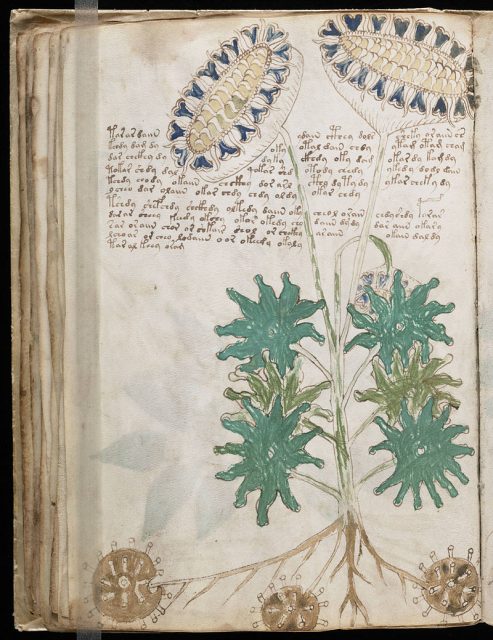 Along with it was the letter containing Marci’s claim that the book belonged to Rudolph II and that it was perhaps written by Roger Bacon, a 15th century Franciscan friar who had a history of disagreement with the Church and was therefore forced to devise cunning ways to conceal his writing.

It was most likely stored in the library archives of the Collegio Romano for the next 200 years when it was revealed once again in the mid-19th century by Petrus Beckx, the head of the Jesuit Order at the time, and later on, purchased by Wilfrid Voynich.

Voynich supported the claim that the manuscript was authored by Roger Bacon, but given his profession as a bookseller, he might have just claimed so in order to reach a higher price.

Evidence of retouching of text

Whatever the case, the question of authorship includes several other possible suspects including Bacon’s close associates John Dee and Edward Kelley, both of whom were keen on subjects such as botany, astronomy, and the occult.

Before the radiocarbon dating, a widespread theory was that it was authored by Voynich himself in an attempt to create a forgery which he could sell for a fortune, as the craze for medieval manuscripts containing proto-scientific, spiritual and philosophical studies were very popular in the early 20th century.

This possibility was rejected when it was concluded that the book was in fact 600 years old, but that left the scholars with more questions than answers. 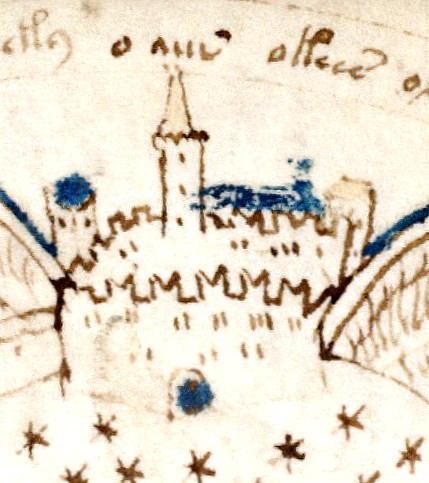 Many of the world’s most renowned cryptographers have given a shot at the Voynich Manuscript ― with little or no success.

Even though it proved impossible to translate the meaning of the text, some progress was made in understanding the syntax and the grammar, as well as the script on which it was written. What makes it even harder is that it appears as though there is absolutely no punctuation whatsoever.

In 2018, a computer scientist from the University of Alberta, Greg Kondrak, claimed he had cracked the Holy Grail of cryptography by using an artificial intelligence algorithm, however his claims were quickly disputed. 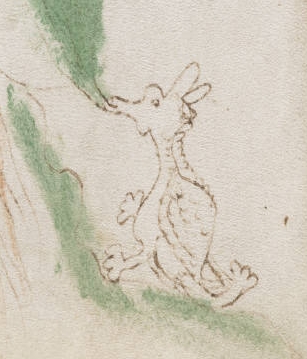 The Voynich Manuscript remains as mysterious as it was the day it reached the hands of an Emperor who reportedly paid the hefty sum of 600 gold ducats (an equivalent of $900,000 today) to have it in his possession.

Whether it will ever be cracked remains yet to be seen, as cryptographers ― amateur and professional alike ― dedicate their lives to deciphering letters, words and sentences.