Elmer McCurdy is a man who had more fun dead than he ever did alive. The failed train robber—or rather, his corpse—would spend sixty-some years crisscrossing the country, popping up everywhere, from haunted houses to B-movies.

McCurdy was born in Maine, in 1880, but moved to the Midwest at age twenty, and became something of a drifter. He had a fondness for hooch and a hard time holding down a job, so he decided to give the Army a try.

During his stint in the military, McCurdy developed a fondness for nitroglycerin demolitions (read: blowing stuff up). He figured it was a handy skill to have, particularly for his next line of work: robbing banks and trains. Unfortunately, McCurdy never quite figured out the formula, which lead to disastrous (and funny) results. 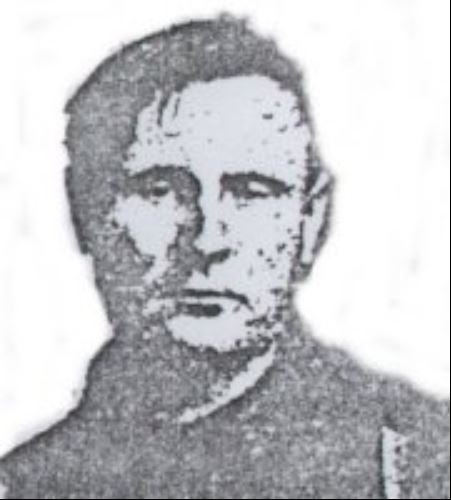 Case in point: Trying to rob a Pacific Express Company train, McCurdy went a little heavy on the nitro and ended up melting some $4000’s worth of silver into a big metallic blob.

Another miscalculation would end up costing McCurdy his life. In October of 1911, near Okesa, Oklahoma, the outlaw and his cohorts attempted to rob another train, after hearing it was carrying $400,000 in cash.

Unfortunately, they mixed up the train schedules and ended up working over a passenger train instead. Their take: two jugs of whiskey, a revolver, a coat, and the train conductor’s watch. 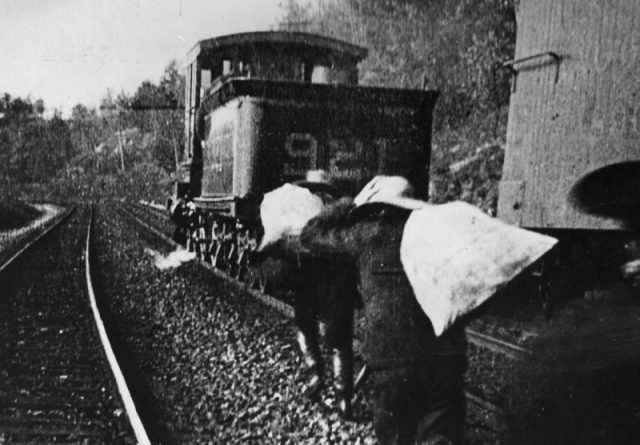 (Embarrassing, to be sure: a newspaper would refer to the paltry payoff as “one of the smallest in the history of train robbery.”) McCurdy returned to the ranch where he’d been staying, knocked back a couple of strong ones, and fell asleep in a hayloft, not realizing that the Okesa police were hot on his trail. Later that night, McCurdy was killed in a shootout.

His body was taken to a funeral home in nearby Pawhuska. Joseph L. Johnson, the owner, embalmed the body with an arsenic-based preservative employed back in the day to keep the dead, well, intact, while searching for the next-of-kin.

Besides, Johnson wasn’t about to bury the remains until he was paid, dang it! When it became clear that no one would be coming to claim the body, the crafty undertaker concocted a plan: turning McCurdy’s corpse into a money-making exhibit. He dressed the lifeless body, shoved a gun in his hands, and propped it up in the corner of his funeral home. Morbid? You bet. But curiosity seekers came from miles around to gape at “The Bandit Who Wouldn’t Give Up,” each person placing a nickel in McCurdy’s mouth. The attraction become so lucrative, Johnson refused to part with his cadaver cash cow.

But in 1916, two men contacted the local sheriff, claiming to be McCurdy’s long lost brothers. They got permission to take custody of the body and ship it to San Francisco for a proper burial. Actually, they were James and Charles Patterson, who ran a traveling carnival. And thus, the strange odyssey of Elmer McCurdy’s corpse began—with the Patterson brothers exhibiting McCurdy as a sideshow curiosity throughout Texas. In 1922, the operation was sold to Louis Sonney, who displayed the corpse in his traveling “Museum of Crime” show, which featured famous outlaws (albeit, wax replicas), such as Jesse James. 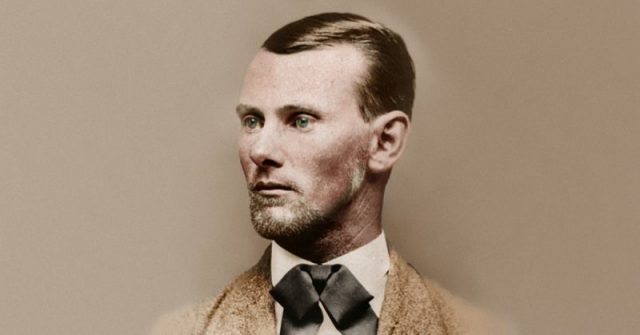 For over sixty years. McCurdy’s corpse changed hands again and again. In 1933, it was acquired by director Dwain Esper to promote his B-movie Narcotic. (The corpse was exhibited in the lobby of theaters as a “dead dope fiend,” to demonstrate the dangers of drugs.)

Other stops: haunted houses, an amusement park near Mount Rushmore, and even low-budget horror flicks (including an appearance in David F. Friedman’s She Freak.) In 1968, it was sold to the Hollywood Wax Museum. (And no, most were unaware that the mannequin was very real.)

In 1976, the McCurdy Magical Mystery Tour arrived at its last stop: the Nu-Pike amusement park in Long Beach, California. During an on-location filming of The Six Million Dollar Man, a prop man, checking out the funhouse, moved what was assumed was a wax mannequin, hanging from the gallows. Imagine his surprise (not to mention abject horror) when the mannequin’s arm snapped off…revealing human bone!

The corpse ended up in the coroner’s office, where an autopsy was performed. The body wasn’t in the best of shape—after all, it had been through a lot. Not only had it petrified and shrunk to about fifty pounds, but it was covered in wax and layers of orange fluorescent paint (it gave off a nice glow for displays). But the examination did offer some clues.

Among them, the body was that of a human male, who had died of a gunshot wound to the chest. The bullet that caused his fatal wound was removed during the original autopsy, but the bullet jacket remained, which revealed the era in which the mystery man had been killed. The real motherlode: Lodged inside the mouth was a 1924 penny and ticket stubs to the Museum of Crime. That allowed officials to finally trace his identity.

The story of McCurdy’s remarkable journey found its way into newspapers and onto TV. Funeral homes called the coroner’s office, offering to give the remains a permanent home, but L.A. officials decided to hang onto the body, in case a living relative came forward to claim it.

Read another story from us: The Darker Side of how P.T. Barnum Became “The Greatest Showman”

When it became clear that wasn’t going to happen, Fred Olds, representing the Indian Territory Posse of Oklahoma Westerns, offered to let McCurdy’s body be buried in the Summit View Cemetery in Guthrie, Oklahoma, next to another train-robbing outlaw, Bill Doolin. Still, officials weren’t taking any chances. To ensure that McCurdy’s driftin’ days were over, concrete was poured over the casket before the gravesite was sealed.