The Richest Man in History was a West African Emperor

Nowadays the battle for the top spot as the wealthiest person in the world is usually wagged between CEO’s and celebrities. Today’s billionaires like Jeff Bezos, Warren Buffett and Bill Gates all circle around $100 billion mark.

None of them ever reached the (inflation-adjusted) net worth of John D. Rockefeller who had amassed the equivalent of around $340 billion by the time he died in 1937. However, one historical figure beats them all, and it is hard to imagine anyone will catch up with him any time soon.

The richest man in history officially remains Mansa Musa I, the 10th mansa (emperor) of the mighty Empire of Mali — one of the largest, and richest, empires in West African history. His inflation-adjusted wealth at the time was the equivalent of $400 billion. 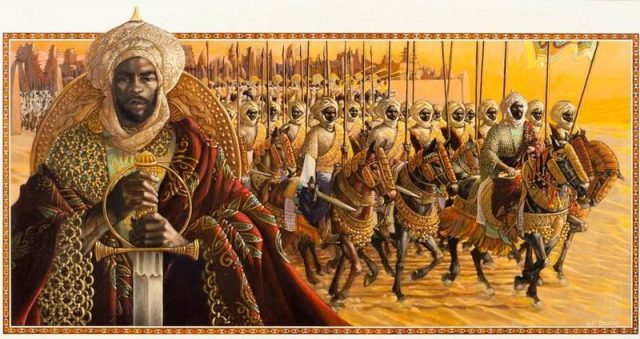 Mansa Musa rose to power in 1312, taking the throne from Abu-Bakr II. Abu-Bakr appointed Musa as his deputy, today’s equivalent of a vice-president, while he set-out to explore the Atlantic Ocean and the other side of the world.

As Abu-Bakr failed to return home from his adventures, Musa was the one to inherit his place on the throne and continue ruling the people of Mali. Musa, additionally, had very important roots — his great uncle Sundiata Keita was the founder of the Mali Empire.

Sundiata’s people began amassing wealth by acting as middlemen who controlled much of the gold trade in the area. He and successive emperors expanded their territory, invading gold-laden lands to the south. Under Musa I the Mali Empire grew to its height, pushing westward along the Niger to encompass the important trading centers of Timbuktu and Gao.

The empire was rich in resources and thrived under his rule. The citizens of the Mali Empire were becoming richer with the expanses that Musa was leading. 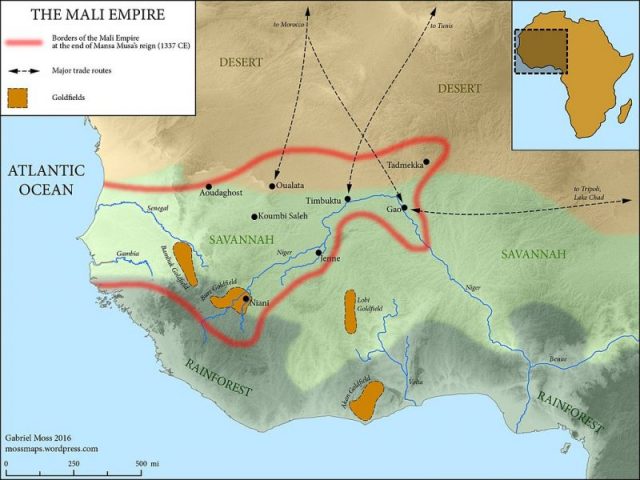 Two of the most important resources that abounded were gold and salt. It is believed the gold on Musa’s territory amounted for the half of the world’s reserves.

As the European countries and nations were waging wars and the resources were needed badly, he used this opportunity to trade smartly and amass even more wealth. Which was a lot. 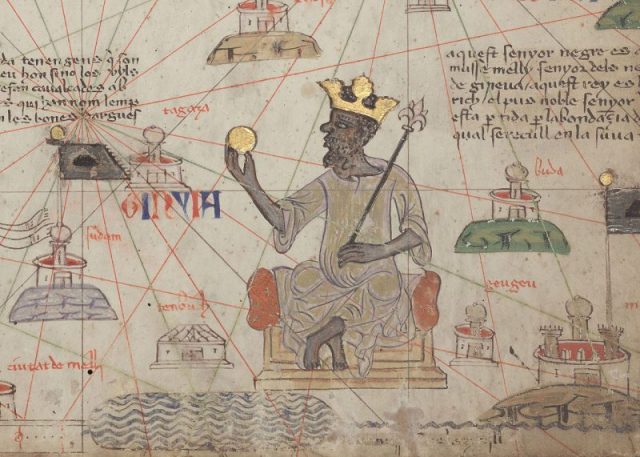 Detail from the Catalan Atlas showing Mansa Musa sitting on a throne and holding a gold coin (c.1375)

Besides trading he used his resources to strengthen the cultural hubs like Timbuktu. He legendarily built one mosque every Friday of his rule. Be that as it may, it is certain that he left a legacy of splendid mosques some of which still exist today. Together with them he granted his people universities that he built throughout the country. 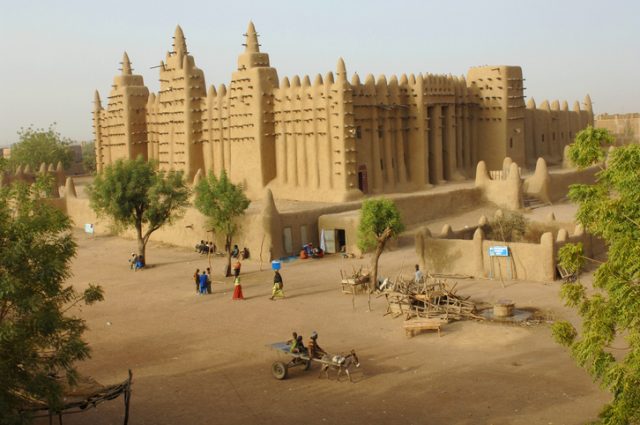 The Great Mosque at Djenne in Mali – near Timbuktu. It is the largest mud building in the world

1324 was the year when the world outside of his empire witnessed just how rich this man and people under his rule were. A devout Muslim, Musa set out on pilgrimage to Mecca. He was not alone on this 4000-mile voyage. He brought his people with him.

Musa’s entourage comprised 60,000 men, dozens of animals beside the camels on which they rode, and an unimaginable amount of gold. Like many rich people today, Musa was a philanthropist. He made his own wealth, but also wanted for the others to share in his riches. He and his group generously gave gold to people on the streets along their way.

In addition, his entourage purchased so many things that they set a huge amount of gold in circulation on the market. His Hajj ended up affecting the whole global economy. As so much gold hit the market, the value of it went down quickly. 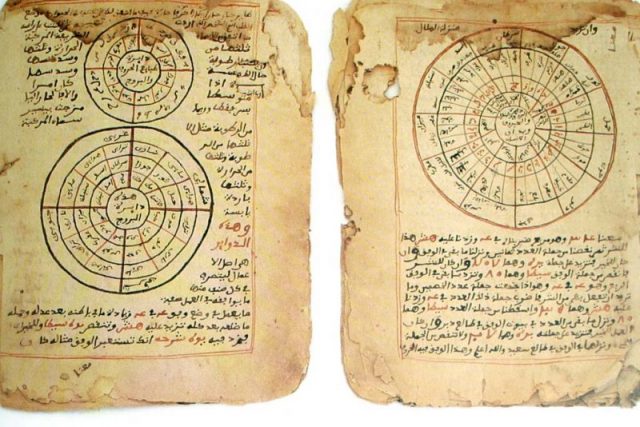 A manuscript page from Timbuktu

Musa and his empire were unimaginably rich. His fortune can not be compared to our contemporary billionaires. Jacob Davidson wrote for Time, “There’s really no way to put an accurate number on his wealth.” Despite Mansa Musa’s incomparable wealth, it took just two generations of bad budgeting for his heirs to spend the riches he left as his legacy.

Lastly, his worth does not sit in the money he had but in the manner he spent it. He made his citizens more than financially stable and satisfied and left an important cultural legacy behind.