The Gargoyle that Welcomes Airport Visitors to “Illuminati Headquarters”

Travelers passing through Denver International Airport might think they’d accidentally landed in Twin Peaks. The unique combination of mystic-looking symbols and bizarre design features — not to mention the situation behind the building of the port itself — add up to a bonanza for conspiracy theorists.

However the appearance of a talking gargoyle might be the surreal straw that broke the three-humped camel’s back. This animatronic creation sounds more like a nightclub comedian than a creature from ancient history. 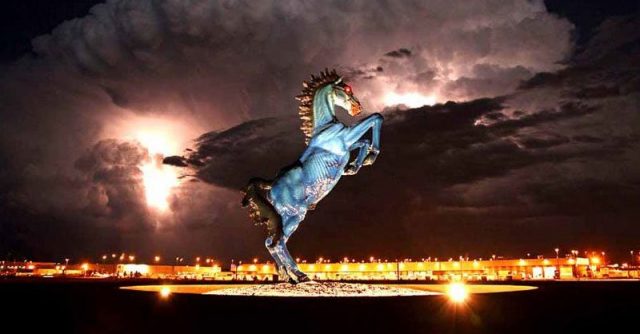 “Welcome to Illuminati Headquarters… I mean Denver International Airport!” he quips to surprised visitors during a promotional video. Some react with shock. Others engage the gargoyle in conversation. Most surprisingly, it’s the kids who seem to be the least alarmed.

The gargoyle is an elaborate extension of a fun-poking publicity campaign the airport started last year. Taking a lead from Mulder and Scully, the legends around the location are referred to as the “DEN Files”. 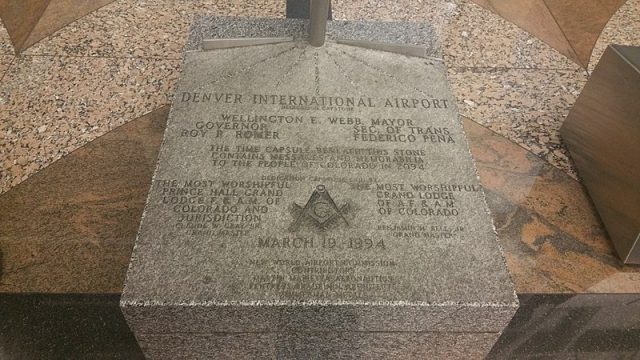 Flydenver.com states in ominous capital letters that “SINCE THE AIRPORT’S OPENING IN 1995, THERE HAVE BEEN ENDLESS RUMORS AND THEORIES. PEOPLE SAY OUR UNDERGROUND TUNNELS LEAD TO SECRET MEETING FACILITIES FOR THE WORLD’S ELITE…. SOME PEOPLE EVEN SAY THAT WE ARE HOME TO A COLONY OF LIZARD PEOPLE.”

And that’s just the tip of the impossible iceberg. The strangeness begins before passengers have even entered the 35,000 acre premises. A 32-foot-high blue mustang rears up in sculpture form, presumably to welcome people in. 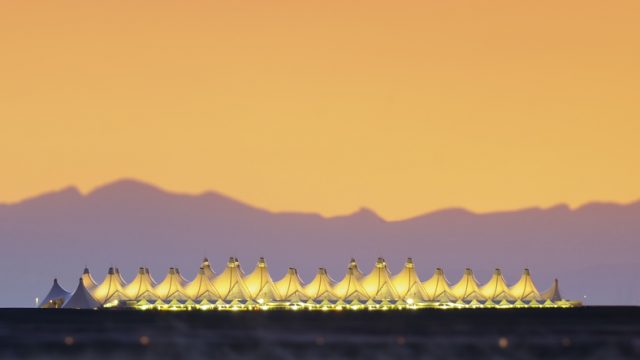 In 2016 Buzzfeed undertook its own investigation into Denver International. Commenting on the equine, it said “The blue horse’s glowing eyes are often interpreted as reference to the Four Horsemen of the Apocalypse. Plus, its creator Luis Jiménez died while making it.”

This is no urban legend. Jiménez sadly met his maker in 2006 when part of his handiwork fell down and cut a leg artery. While this could easily be classed as a tragic accident (the piece weighs 9,000 lbs in total), the demise became part of the puzzle.

Also of note to the conspiratorially-inclined is the dedication stone. Laid in 1994, it bears the Masonic symbol plus an expression of gratitude to the “New World Airport Commission”.

“What is the ‘New World Airport Commission?’” Buzzfeed asks. “(The) wording calls to mind the New World Order… conspiracists believe that there has been a small group of powerful people working together in secret throughout history toward establishing a single all-powerful global government… The Masonic symbol ties into this conspiracy.”

Because the airport cost an eye-watering $4.8 billion to construct, people think it’s evidence of an establishment cover up. In fairness to Denver International, they openly make digs at this huge figure. 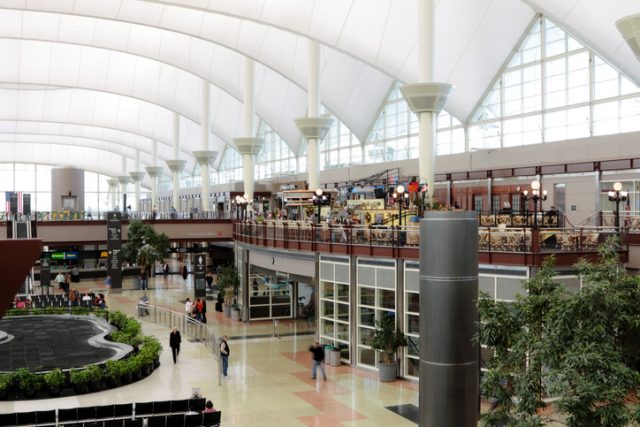 Denver International Airport interior with travelers, shops and restaurants. The teflon-coated fiberglass roof is one of the major architecture features.

Fly Denver says, “Rumor has it, they screwed up the first few buildings and instead of getting rid of them, they buried them and built on top of them to make one super-cool, super-secret underground lair.”

Even two happy-looking murals are the subject of intense scrutiny. Titled “In Peace and Harmony with Nature” and “Children of the World Dream of Peace” respectively, they promote an optimistic outlook. Commentators aren’t convinced. 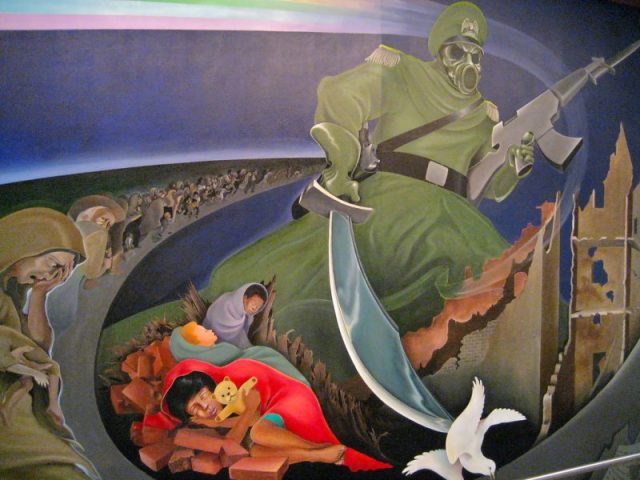 Buzzfeed writes, “Many think that the murals, painted by artist Leo Tanguma, tell the story of apocalyptic biowarfare destroying the world as we know it, with the New World Order taking over in its place.”

Throw in Nazi-related paint jobs, a sincere belief that the runways take the shape of a swastika, and a historic quote from a child in Auschwitz and vacationers could wonder just what they’d gotten themselves into.

Read another story from us: The Bizarre Mysteries and Conspiracies of Denver International Airport

Whatever the truth is behind Denver International Airport, one thing is for certain. No matter what the worry — be you simply searching for a coffee shop or planning a trip to the far side of the globe — the wisecracking gargoyle is on hand, answering all your queries from its permanent pedestal.