Pineapples caused Major Sensations and Odd Behavior when they were Introduced

After Pearl Harbor, the Dole pineapple plantation is the most visited tourist attraction in Hawaii, according to Smithsonian. 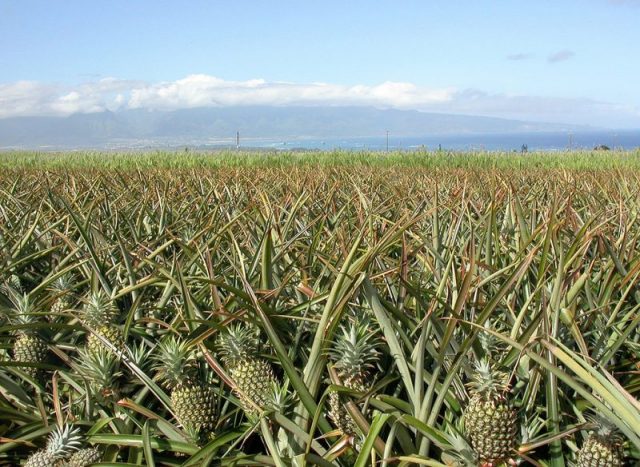 A field of pineapples in Maui, Hawaii. Photo by USDAgov CC BY 2.0

Hawaii is the only US state where pineapples are grown. Unlike some fruits, pineapples are picked when they are fully ripe as they don’t continue to ripen once picked. Part of the Bromeliaceae family, they grow on succulent plants about four feet tall and the fruits are handpicked. It takes 15 to 20 months from planting to produce a pineapple. The fruit produces organic compounds — carboxylic acid esters — which are used for fragrance in cosmetics, perfumes, and synthetic flavorings. 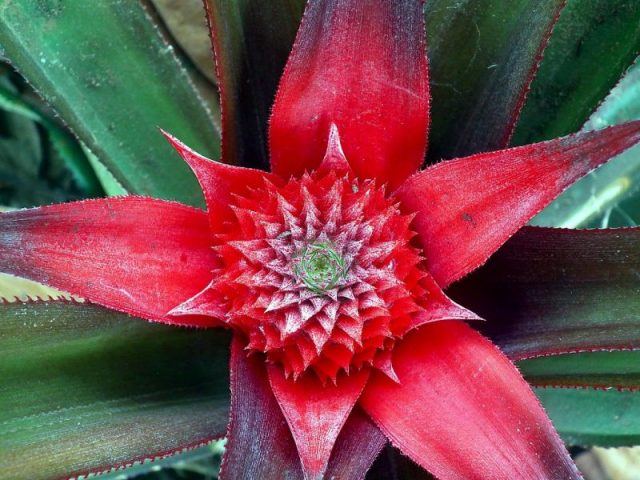 The history of pineapples is a fascinating study in how exotic fruits can create a craze to those who have never seen or tasted them before. Nowhere was this most evident than in Victorian England. Where the introduction of pineapples literally caused a sensation with people using them as decorative pieces for their houses and upper class status symbols. People would walk around holding pineapples as if they were the family pet. 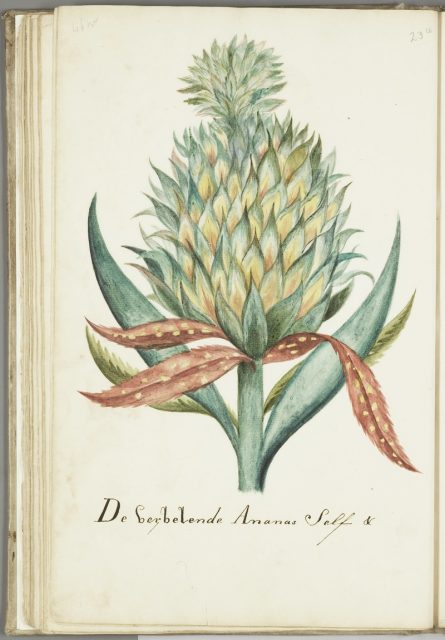 ‘De verbelende ananas self’, brush drawing by Cornelis Markée, circa 1763

It is believed that pineapples were first found in Brazil. Christopher Columbus and Sir Walter Raleigh were the first Europeans to refer to pineapples, having found them in the Caribbean island of Guadalupe. In about 1502, Portuguese sailors took pineapples to the island of Saint Helena off the coast of Africa in the South Atlantic Ocean. 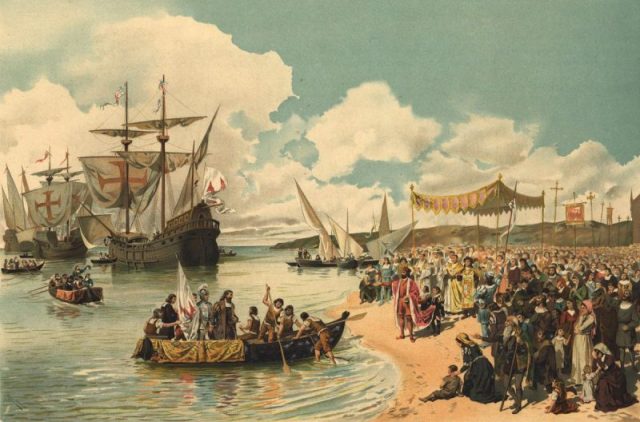 They also took the plants to Africa and India by 1550. Presently they are grown in Hawaii, Costa Rica, Brazil, Thailand, Columbia, Mexico, and China. Since the 1990s, pineapple has become the second biggest export of Costa Rica, after coffee. According to Mental Floss, Europeans tried, unsuccessfully, to grow pineapples until they realized they must be grown in a tropical location.

Because of this, the only pineapples they could acquire were badly beaten up on the sea voyage. A few hothouses would grow pineapples, and they were extremely expensive. Wealthy rulers such as Catherine the Great, Louis XV, and Charles II had pineapples brought to their court which earned the fruit a reputation for extreme luxury. 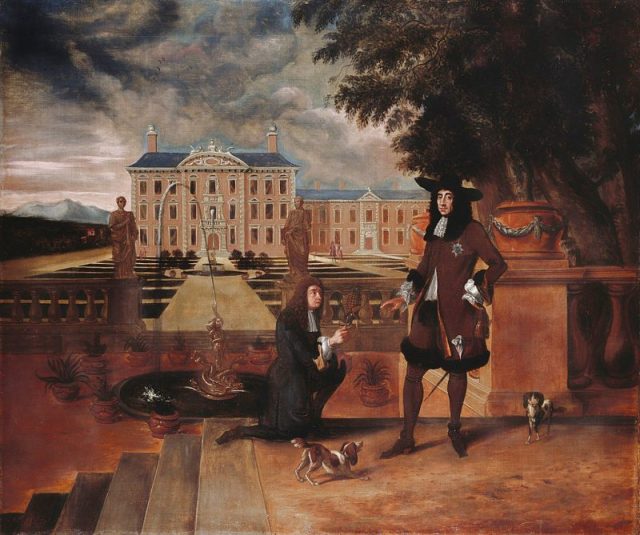 In America, pineapples were quite rare as they were imported from the Caribbean islands. One pineapple could cost the equivalent of $8,000 today. By the 1700s, pineapples were not just to eat but were displayed in the home as a symbol of wealth and hospitality.

Merchants would even rent pineapples to people who would carry them around to show they could “afford” the fruit. After rental, the pineapple would be sold to wealthier customers. The fruit also began to appear in art, architecture and on household items. 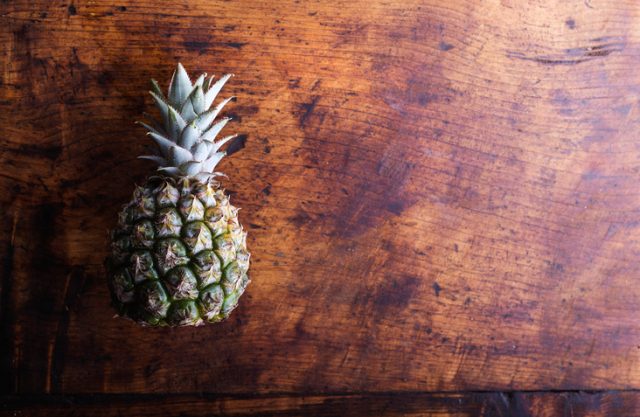 In 1900, James Dole planted pineapples in Hawaii to sell to the world market. The venture paid off with more than 75 percent of the world’s pineapple crop being shipped from his business, which eventually became the Dole Food Company and branched out into other fruit production.

Today, anyone can enjoy the sweet taste of pineapple no matter what your economic status thanks to Mr. Dole and the advent of safe canning procedures.